A couple continues their journey through life together in a highly unique classic. 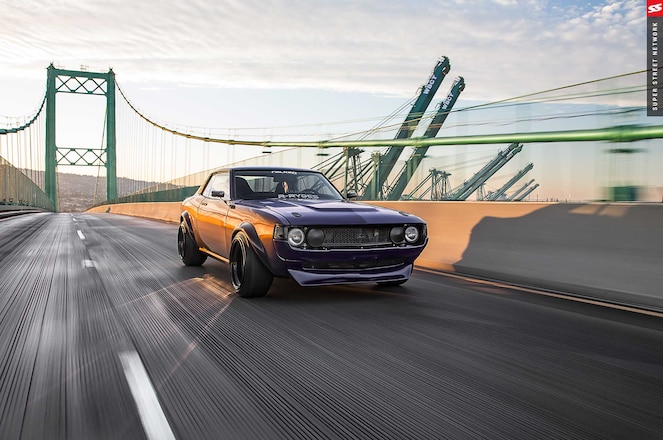 The Vongs are no strangers to Super Street. Peter and Theresa have been on this crazy ride before. We encountered them in '11 when the now-married couple was flaunting a LS1-powered Nissan 240SX in our mag. Since then, they've been busy focusing their time on building a family along with Peter's successful online business. Though their attention was directed towards other areas in their lives, cars have always been an important part of it. They tinkered with smaller projects here and there to stay busy but this '77 Toyota Celica has been an ongoing build since their S14 flew the coop. 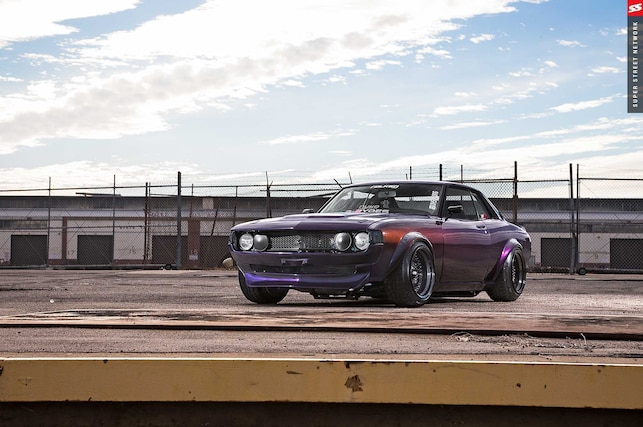 "After we sold the 240, I promised my wife that I would be done with the car scene for a while." Peter says. "We were trying to save up for a house and had plans to have a second child but we ended up adding another member to our growing family. I was perusing a local car forum online one day and came across this Celica—I guess you can say it was love at first sight. I'd always wanted to build one of these and this seemed like the perfect opportunity." 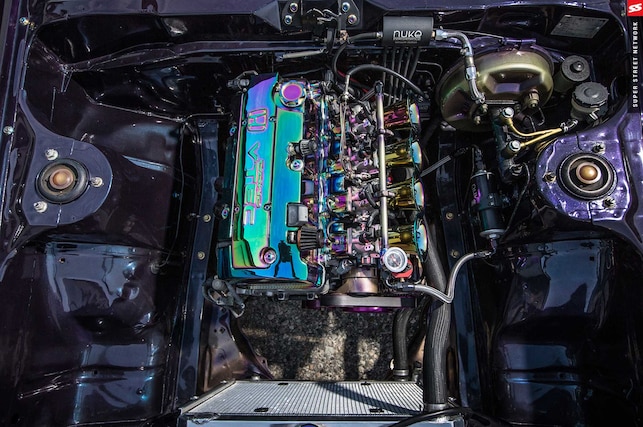 The Celica Peter discovered seemed like an ideal base; besides the dated bright green tone, the car had already been swapped with a Honda S2000 engine. There wasn't anything particularly wrong with it mechanically, and the photos of it looked decent for the price. Peter made plans to drive it around for a couple years, build the Vong family empire, and then tear it down—so he thought anyway. Appearances can be deceiving. The Celica "looked" like everything was fine and dandy but it turned-out to be anything but that.

"I bought the car off of the Internet, so it was completely sight unseen. I had photos and videos that the owner sent me, but it was in far worse condition than I thought. It originally came from Oklahoma City so the car had a ton of rust. When I received the car, I noticed that the bright green was just a single layer. You can still see the original red paint revealing itself along with the exposed rust. The floor board on the driver's side had two holes from rust that were large enough for me to put my foot through it while driving." Vong explains. 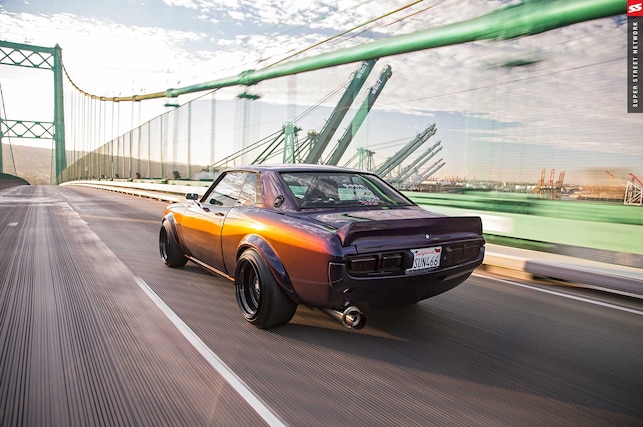 Attention had to be focused towards the cancer that was eating-up the near 40 year-old coupe. The car ran great with an updated heart but the rest was in dire need of attention. The Vongs looked at the uniqueness and redeeming qualities of the Honda F22C swap as a worthwhile investment so the couple decided to strip the chassis bare and start from scratch. 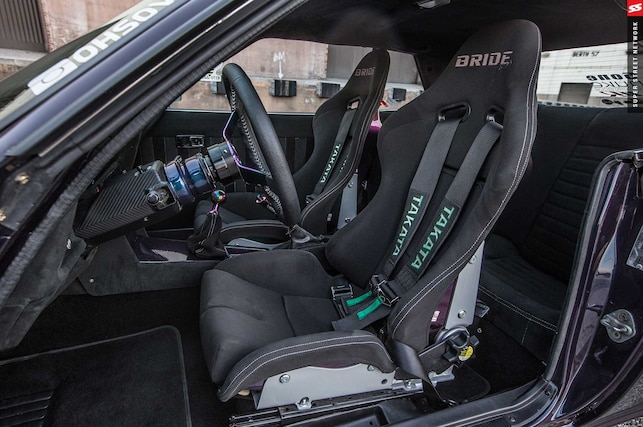 The Celica was walnut-blasted so the raw shell could have all of its rust repaired. Once the body was refreshed, the Toyota saw life anew wearing a fresh coat of a rare "Midnight Purple" hue originally intended for a Nissan Skyline. The richness of the iridescent paint might normally be the most extravagant part of most people's builds but not for the Vongs—they had something much more colorful in mind. Before that, however, the exterior needed some aesthetic enhancements. The original metal bumpers have been updated with fiberglass "Smiley" pieces. Giving the face a much edgier look is a TRD chin spoiler. The rear spoiler is likewise a classic TRD piece. Molded over-fenders offer the Celica a wider track, and help to provide the sleek body with some girth. 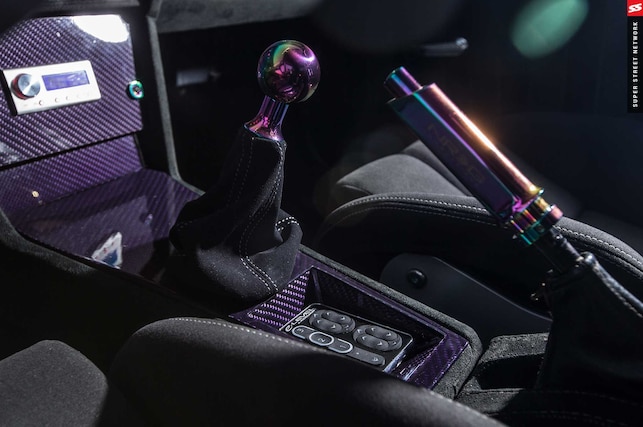 Never the family to do things the conventional way, the two elected to utilize modern air suspension technology. Many would scoff at the idea of using bags on a Japanese classic but more are starting to come around to the concept. It is a show car/cruiser after all so comfort takes precedence over performance, especially when it comes to dated suspension design. Each corner features an electronically managed air bag over a Bilstein gas shock. An Accuair VU4 4-corner valve unit keeps the plumbing simple, while Addco sway bars and new polyurethane bushings keep the body rigid. 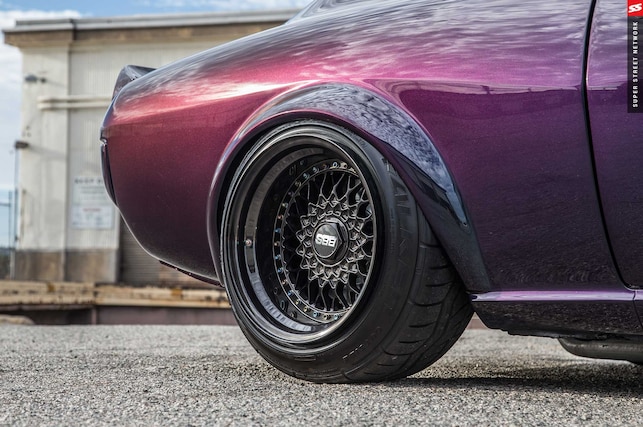 Since the system is electronic, the Celica can air-up and pancake on top of the tires at the touch of a button via an Accuair E-Level Touch Pad. Once it is aired-down, you can get a better grasp of just how beefy, and incredibly lavish, the custom-built BBS RS wheels are. The staggered 16-inch classic mesh wheels are a product of popular wheel customizer, 5One. Each of the faces was carefully stripped before coated in a custom "Black Solar Rain" finish. The barrels and lips are brand new, bumping up the wheels to 10- and 12-inches wide, respectively. Burnt titanium bolts are used to keep the three-piece wheels together and valve stems in Neo Chrome were used just to say they have "Neo Chrome valve stems". It would seem a little audacious to have something as simple as valve stems in that color-shifting finish, that is, until you look at the rest of the build and realize that it is heavily-applied throughout. 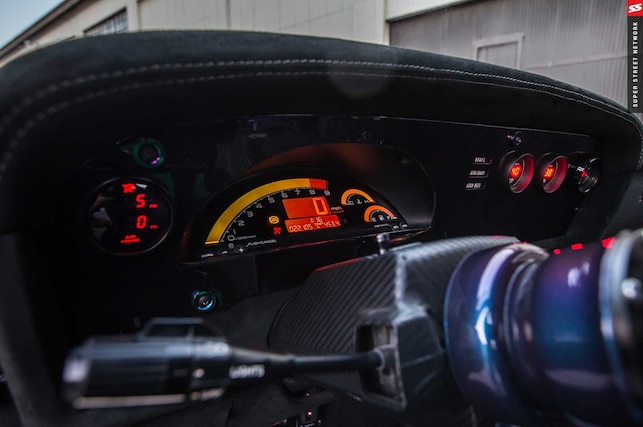 Under the hood is where the iridescent chrome is most prevalent. Everything that isn't essential to basic engine operations has been removed to direct all attention to the Neo Chromed F22C valve cover. Sitting adjacent to it are a set of 48mm Jenvey ITBs, which horns have also been done in the same finish. The engine mounts, oil cap, coil pack cover, and even the radiator cap have been matched in Neo Chrome. If there were a way to Neo Chrome the J's Racing header and have it be able to sustain the unique coating under high heat, it's safe to say the Vongs would have done it as well. Mated to the 2.2-liter is a matching six-speed manual transmission from Honda that connects to a TRD limited-slip differential from a Zenki AE86.

Inside the cockpit you will find everything that you'd ever want from a resto-modded Japanese classic. It still retains its nostalgic sensibilities while offering modern creature comforts. A factory digital instrument display from an S2000 has been transplanted into the RA-chassis to complement the engine. Surrounding it is a restored dashboard, which is wrapped in a black suede. The door panels, headliner, center console, and other factory interior pieces have also been cloaked in matching suede. Incredibly rare "Maziora Edition" Bride Stradia Venus II seats were sourced by Peter specifically because its chameleon-like tinge matches the Neo Chrome-theme. As you'd expect, there are also a number of accessories within the interior that have also gone through the Neo Chroming process such as the steering wheels, adjoining bolts, pedals, and shift knob. Contemporary tunes encompass the cockpit area thanks to a custom audio system from Newport Auto Sound that features components from both JL Audio and Kenwood. The final detail which pairs the classic Toyota with modern-day Honda is the seamlessly integrated S2000 Push Start button in the dash. 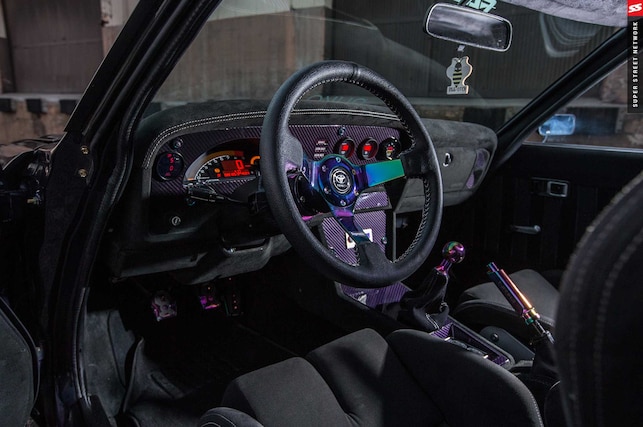 Even with the enormity of this entire build, Peter and Theresa Vong have never taken their eyes off of the prize. Their growing family is still their number one priority. Perhaps that is why this resto-mod creation has spanned the course of four years. Many would have completed this in half the time with the proper resources but the couple chose to take their time. During that period, Peter has grown his own business beyond expectations and the duo also introduced their second daughter to the family. Oh, we should also mention that they also picked up an R35 Nissan GT-R as a daily driver. Things are good for the Vongs. They are a shining example of how car enthusiasts can stay in touch with their hobby while progressing with a positive trajectory in life. If you have the vision, passion, and courage to challenge yourself, life gets better with age. Photo 20/22   |   Even the horns of the Jenvey throttle bodies have been Neo Chromed.

Return of the Power Couple

Peter and Theresa Vong created this '95 Nissan 240SX, which we featured in the August '11 issue. Under the hood was a 5.7L LS1 V-8 that made 398 hp with ease. Other highlights included air suspension, SSR Vienna Kreis wheels, C-West aero, Zenki front, and Recaro seats. Now they have this ridiculous Celica to add to their resume. What'll be next, power couple?! 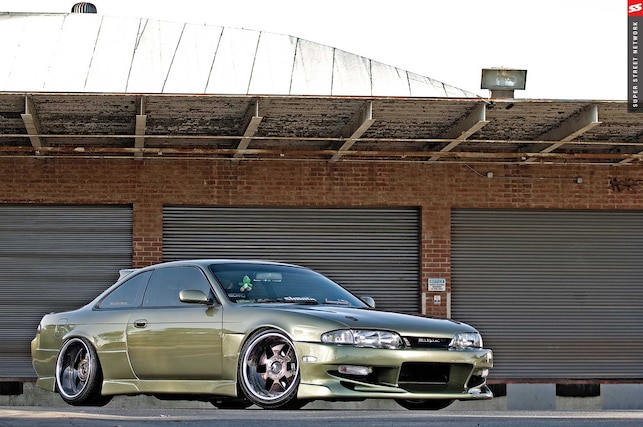 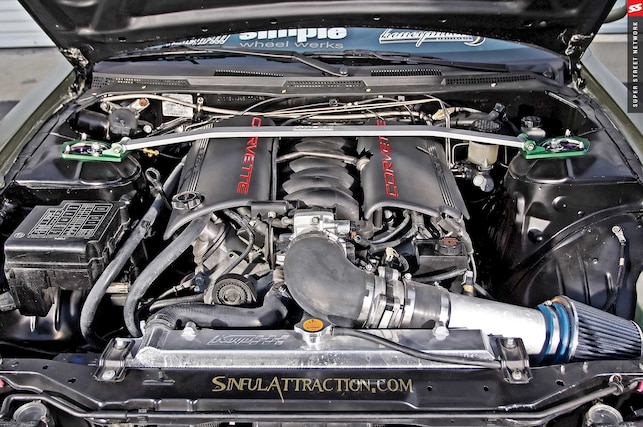