The Nissan S13 that beckons '01 and the origins of U.S. drifting 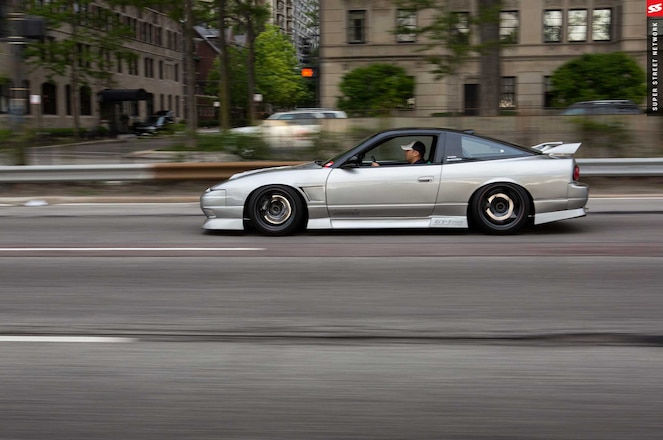 David Lee doesn't think you ought to care a whole lot about his S13. It's true that the hatchback's two-and-a-half-decade-old lines and modest aero stand in marked contrast to the sort of machines his Chicago-based tuning firm, TF-Works, normally churns out, but that doesn't make Lee any less wrong. 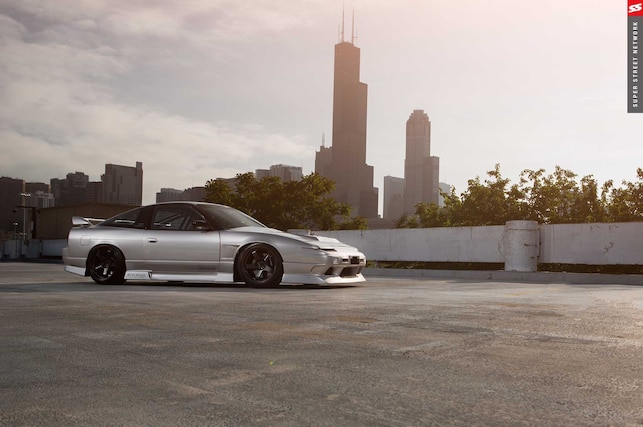 That's mostly because of the story behind Lee's hatchback or, as he puts it, the story of how its this very car he'd purchased during his freshman year in college some 20 years back that led to TF-Works in the first place. "I've never owned a car for this long," Lee says, "but it's the car that got me into this industry."

Twenty-five-year-old S13s shouldn't look this good. Many of those, this side of the wrecking yards, are held together with zip ties and duct tape. Not Lee's. "People just don't own 240s for this long," he says. "Me, I'm the second owner. That's extremely rare." 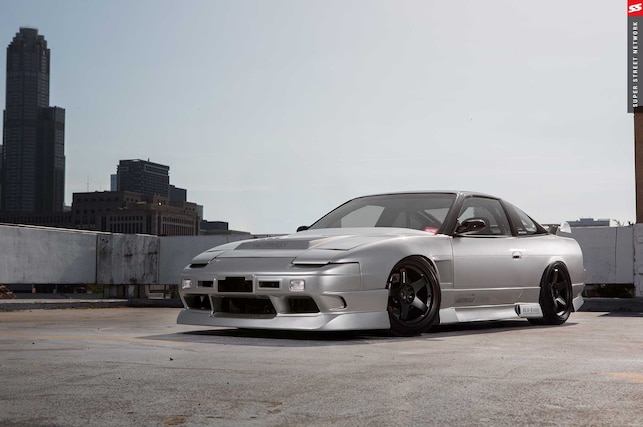 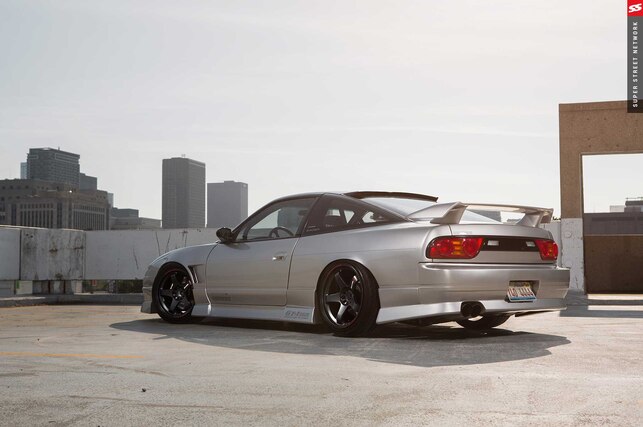 About as rare as the whole idea of drifting to a college kid in the late '90s, to which Lee says: "I didn't even know what drifting was, but I remember watching an Option DVD in college with a 180SX in it, and it just blew my mind." By the time the credits were rolling, a mental mod list had already been formulated in Lee's head. "I was addicted."

It took a year, but an SR20DET ultimately found its way underneath the hood. The makings of such swaps were closely guarded secrets at the time held by the pioneers who figured them out in the first place. Wiring diagrams had yet to be spilled out across the Internet, which meant, for Lee, much had to be figured out on his own. It was this sort of steep learning curve that gave him the wherewithal to open up shop just a few years later. 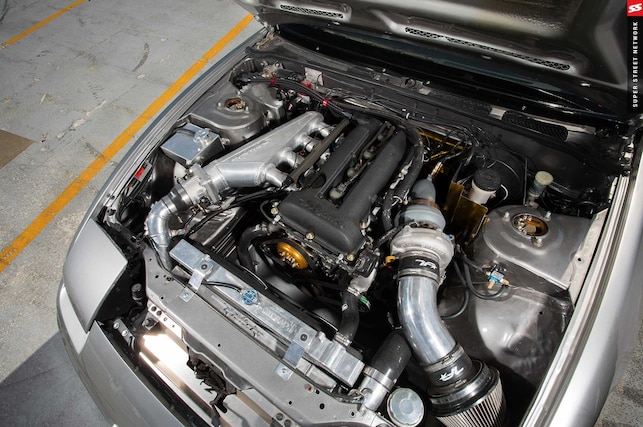 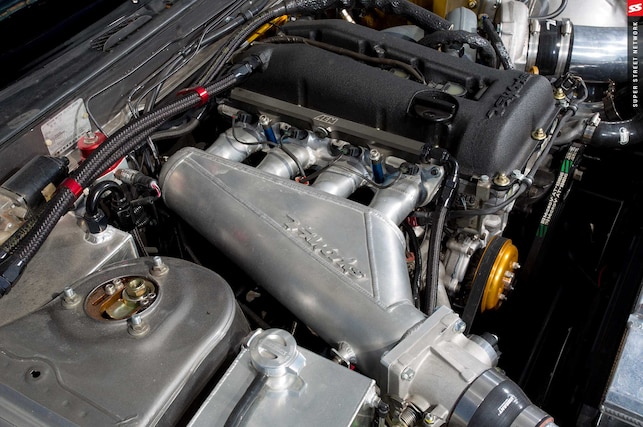 That same SR20 remains underneath the S13's hood today, having been rebuilt but a single time and now laying down just shy of 500 whp by means of a Garrett GTX3071R turbo and about half the TOMEI parts line. The rest of the car, however, has gone through no less than five different phases. It's the most recent transformation you ought to care about, though, that Lee and his team set out on nearly four years back. "This time, we restored it from the ground up," he says. "It took a while, though, since it's my personal car and we had customers' cars that we had to get to first." 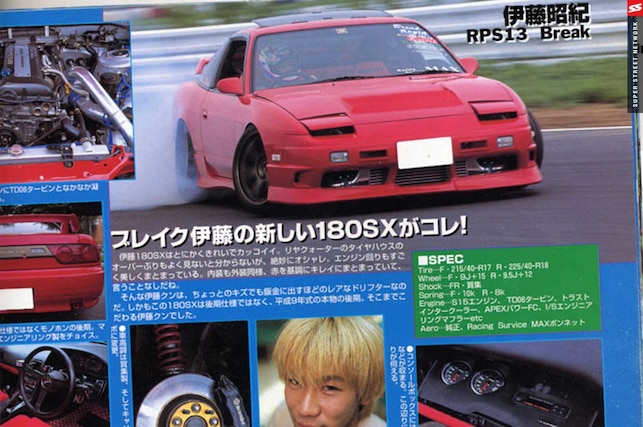 "The way it sits now, it's my homage to '01," Lee says. "I've always built my cars to promote the business and the parts we sell. But I built this one differently and exactly how I wanted it." That means no wild sticker schemes, no massive GT wings, and without the addition of anything meant to appease anybody other than himself. Or, as Lee puts it, "It's just low key." 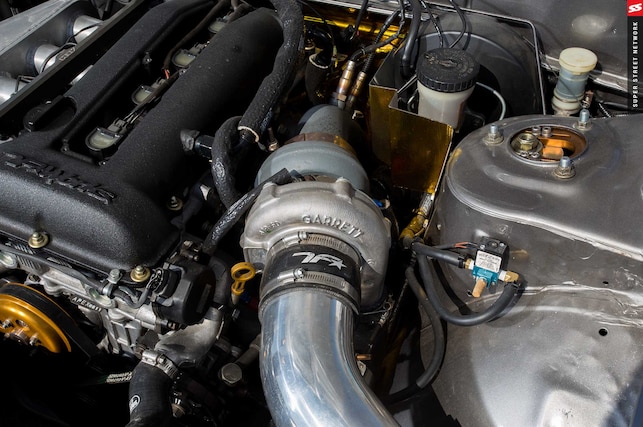 That is, if you consider a complete GT-1 aero kit and NISMO LM GT4 rims low key. Or the custom-built intake manifold Lee and his team constructed in-house. Or the fiberglass doors that help shed weight to an estimated 2,400 pounds that, when combined with 24 psi worth of boost, is anything but low key. Even so, Lee's quick to remind you that the car's driven on the street regularly, despite the rarity of the GT-1 kit at the time he'd installed it or the fact that, according to Lee, every part added is the real deal. "There are no knock-off parts here," he says. "The car is nothing crazy, but really, this is how a 240 should be built." 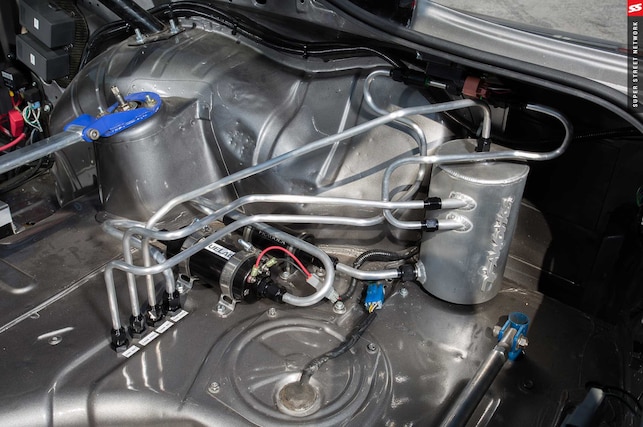 Don't mistake Lee's self-assuredness for cockiness, though. Despite the feel-good affirmations the build-your-car-for-yourself crowd will console you with, as it turns out, there are a whole lot of ways you can muck up a build, and just because you like it, doesn't make it right. Lee's S13 is right in every way, though, and all of that started with the right parts and an unwillingness to cut corners.

"This car still has a special place for me," Lee says before confirming that he'll probably never sell it. "Most of the guys I know who bought their 240s back when I did have moved on to Bimmers or something else, but I've still got mine." 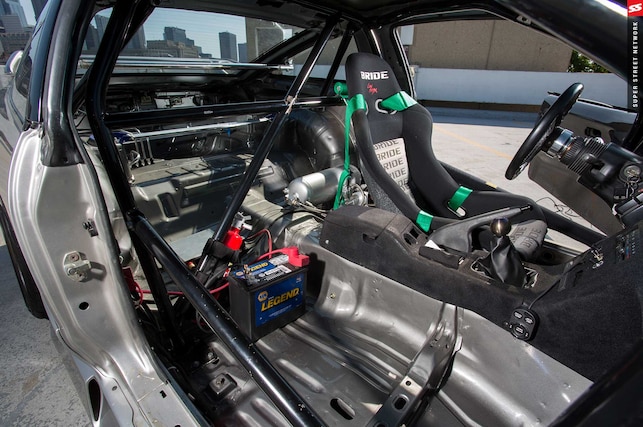 "Honestly, I didn't realize anybody would even care about this build," he says, once again pointing out its low-key nature and even going out of his way to make known the scratches and dings that it does have, albeit few. "The majority of 240s are just built really poorly," Lee says unapologetically. "I'm just here to say, 'Hey, you don't have to zip-tie things together and you don't have to go overboard with mods to build something great.'" 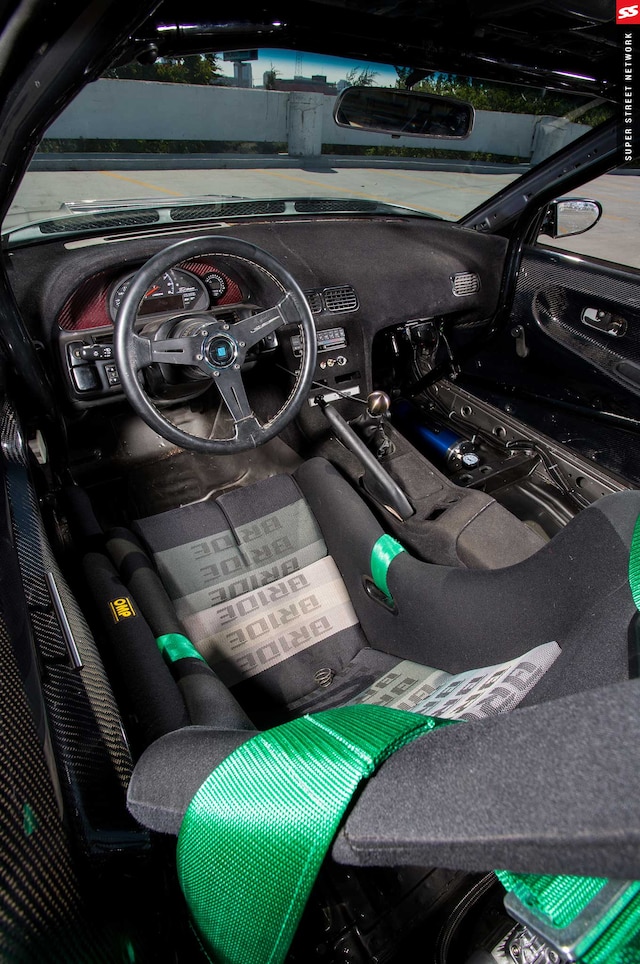