Cathy Bui's never modded a car before. Her dad's a Toyota guy, and she knows exactly how badass Nissan's RB26DETT engine is. And yet today she owns one of the most well modified Nissan 180SXs Sydney, Australia, has ever known. But it isn't a Toyota, and it hasn't got a 2.6-liter inline-six underneath its hood.

The inconsistencies, Bui assures, can all be explained, and it starts with an uncle, a street bike, and a Supra. "To be honest, I don't have a history [of] modifying cars," she admits. "[My] interest started with motorbikes and cars from my uncle who owned a [400hp] Supra and a Suzuki GSX-R600."

That's 0 for 2 for the Toyota guys, but Bui's explanation is a reasonable one that any other 22-year-old ought to be able to relate to: "My dad is very fond of Toyotas and I wanted to be different," she equivocates.

It didn't take a Toyota lover to talk her out of the RB25DET or RB26DETT swap she knows would've made a whole lot of sense for her S13, though. Their price tags did all of that on their own and are precisely what led to her doling out a whole lot less dosh for Nissan's similar albeit smaller RB20DET. "I love the sound of RBs," she says, "and in Australia, the RB20 is cheap. The RB25 is out of my budget and the RB26 is very, very, very expensive." 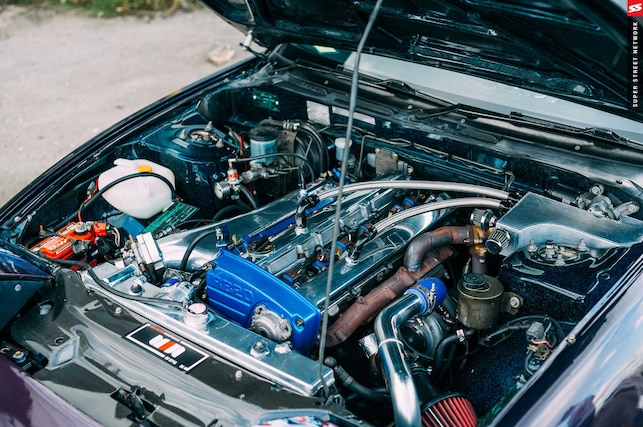 Particularly expensive for a car that's got to tick a whole lot of boxes, like get Bui back and forth to work and nursing school every day and, more importantly, to the track every so often. "I call it my silly daily," she says, revealing that Australians are just as good as Americans at taking a perfectly reliable commuter and turning it into a part-time race car. "It was [supposed] to be a functional car to drive to work and university and complete daily activities in," she says in response to the multi-point roll cage, the Bride seats, and the 354 hp. "One upgrade led to another," she says, and now bi-monthly track days are as routine for her as care plans and student council meetings. 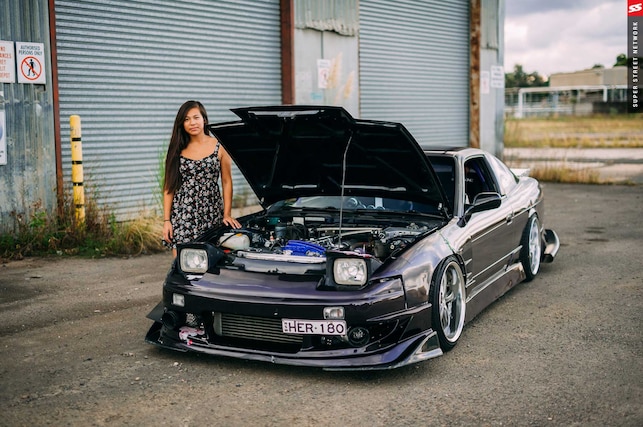 Bui's never modified a car before, her dad still doesn't own a Nissan, and she plucked the 180SX's SR20 not for the RB26 you think she should have but for the RB20 you never stop to think about. Track time and the ability to still pick up the groceries say her S13's better for it. 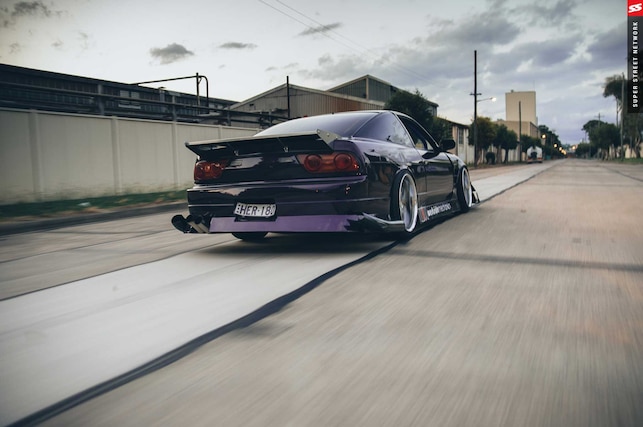 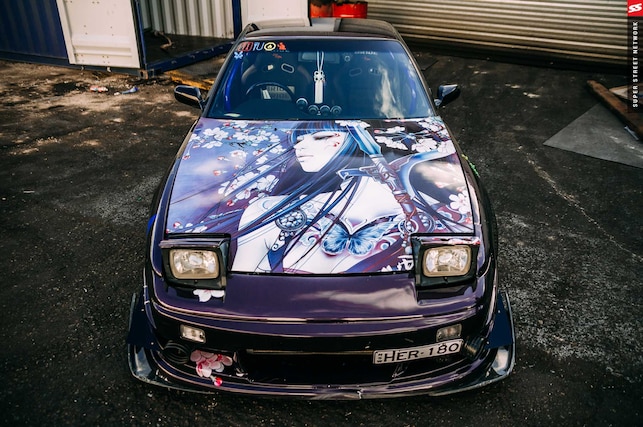 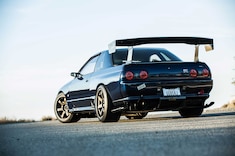