One of Our Own Makes Radical Seem Right at Home 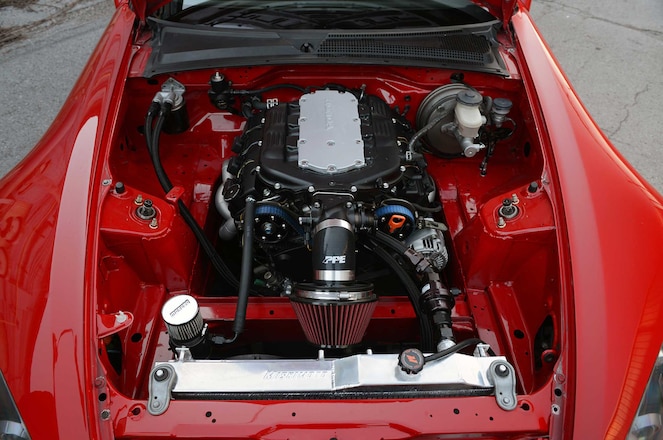 You might not know Chris Dornon by his past project cars, but chances are you have seen his handiwork if you're a loyal reader of Super Street or our late brother pubs Honda Tuning and Import Tuner. Chris has shot countless features for us over the past half-decade, but it's not often a photographer switches teams and creates something we ask to photograph for our own pages. Chris has just done so and may have created the most impressive of them all. Hell, his '02 Honda S2000 may be among the best of any ever built. 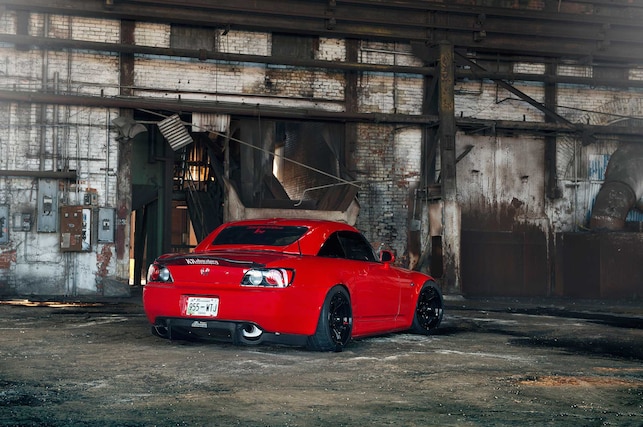 The truth is, Chris was into cars before lots of other things that have led to success in his life. A decade ago, he was in school for engineering and spent his free time restoring a "riced-out" '98 Civic, albeit with a few upgrades: namely a custom turbo system and an impressive run of single-cam engines he used and abused. "I ended up wasting a lot of money on that car," he recalls, laughing. "A lot of money I didn't have. It might seem like a poor decision, but it was ultimately what got me onto the path where I am today." 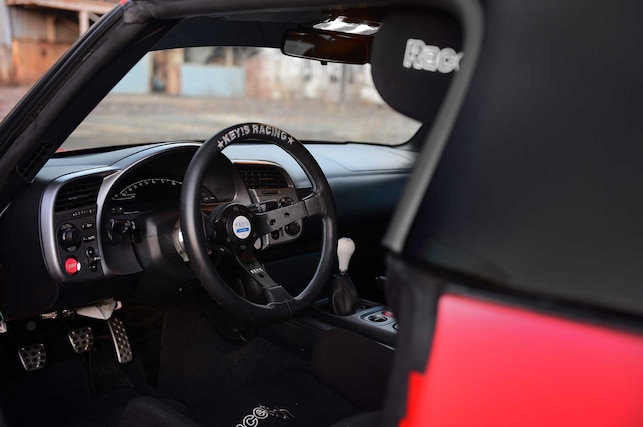 Indoctrinated with an understanding of—and eye for—purposeful design and engineering, and impressed with the cleaner products of a burgeoning Southern tuning scene, Chris picked up a camera and learned the finer points of documenting the world around him, shooting events and features and submitting them to guys like us. This in turn put him in touch with prominent builders who helped fuel his own passions for a future build. "I started working in engineering almost as soon as I graduated," he tells. "Once that happened, I actually had some money to spend on a car, and had some fresh ideas on how to build one."

It was during his '12 Honda Tuning shoot of his buddy Matt Tucker's turbocharged S2000 (native F20C engine) that Chris got the idea to create his own, but to do it a little differently than he and Matt had seen at the time. "The only real hang-up of the S2000, in my eyes, was its lack of torque," Chris explains. "So we thought, 'How great would it be to have a little more torque, ideal weight balance, and factory Honda reliability, all in one?'"

Take a quick look at the J32A2 Honda V-6 engine nestled comfortably in Chris' S2000 and you might think the new engine was a perfect fit in the roadster's bay. Nothing could be further from the truth. The J-series engine family is Honda's second V-6 line and most, if not all, were mounted transversely in FWD and AWD commuter vehicles like the Acura TL Type-S, where Chris found his (or the Honda Ridgeline, Accord, Odyssey, etc.). The 60-degree V-6s are a bit taller than the preceding 90-degree C-series V-6 of legends like the NSX; mounting one longitudinally in the low-slung S2000's engine bay created immediate clearance issues with the ground and hood, and its oil filter contacted the S2000's front subframe. It also pointed the engine's intake manifold toward the firewall, and meant that oil would now accumulate away from its oil sump under forward acceleration. Chris killed two birds with one stone by developing a shorter, wider, and differently baffled oil pan; fabricated a mount on the engine block for a remote oil filter/cooler; and also realized a slick fix up top. The J32A2's intake manifold consists of two parts: a set of runners that bolt to the engine's two cylinder heads and a plenum that bolts on top of the runners that can be flipped around to position the intake toward the front of the car, giving some additional hood clearance in the process. 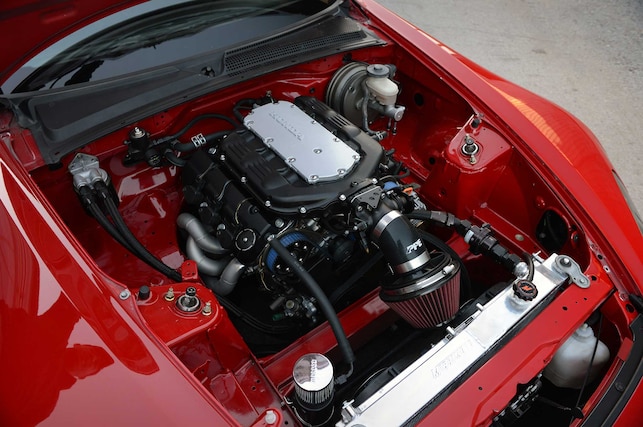 The fun didn't stop there... The natively transverse J32A2 engine also positioned its coolant lines toward the firewall when mounted longitudinally in the S2000, meaning Chris had some work to do in fabricating new lines that pointed in the right direction without contacting the firewall. Then there was the issue of the factory exhaust manifolds, which would now route exhaust to the driver's side of the car instead of down the center and out of the rear. Chris called on friends for that, and now the car boasts custom tubular, equal-length, ceramic-coated headers that increase the J32's aspiration without contacting the body of the car, and connect with a custom Y-pipe and stainless steel exhaust of Chris's own fabrication. 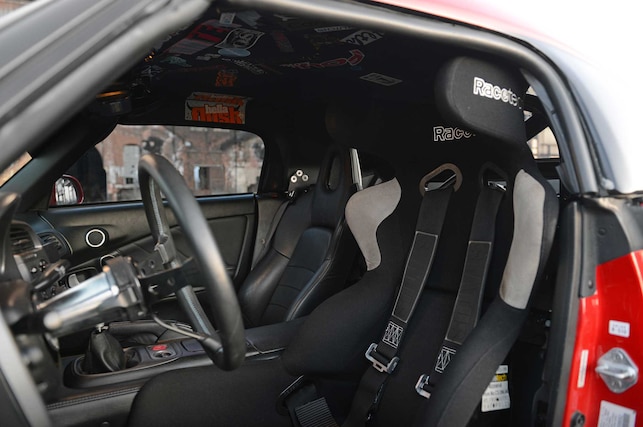 Chris' fabrication knowledge came into play again in coupling the S2000's native six-speed transmission to the J32A2 V-6. The S2000 positions its starter motor on the engine, while the Acura TL Type-S has its on the transmission. By joining the Type-S engine and S2000 transmission, Chris had no place to mount the starter, so he sourced an Acura MDX starter (with a perpendicular flange) and incorporated a mount for it in the engine/trans adapter plate he CNC'd in his neighbor's garage. Talk about a neighborhood hookup! 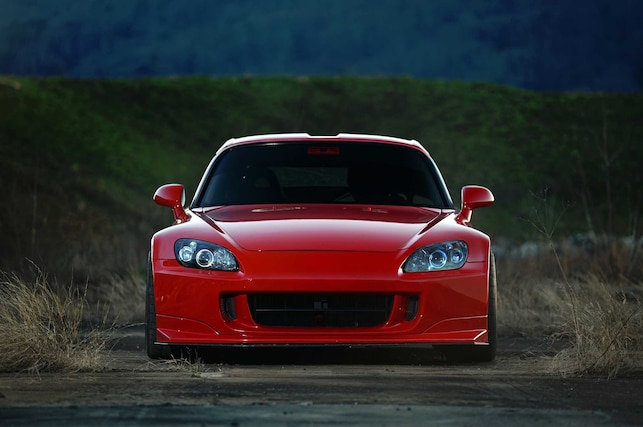 One of the project's biggest mechanical limitations has been the S2000's quick gearing and short final-drive ratio designed for an engine that made peak power near 9,000 rpm. With the J32A2's torque-laden, 6,800-rpm-limited powerband, "top speed is about 110 mph in this car," laughs Chris. "Just driving it around town, I'm usually in fifth or sixth gear." His solution: retain the S2000's quick-ratio transmission but swap its 4.2:1 ring and pinion gears in the rear differential with a 3.6:1 set available for the Mazda Miata. Another sticking point in the build was the electronics. Chris didn't want to contend with immobilizer issues or unneeded wiring in the car, but, "the Honda ECM is kind of a black box when you tear into it." Building a Megasquirt unit from scratch was more in line with the type of specific functionality—and understanding — Chris was after with this project. "It's a low-buck EMS that's as good as you build it," he explains. "I learned a lot about how each sensor sends its data and how making an engine run just...works." 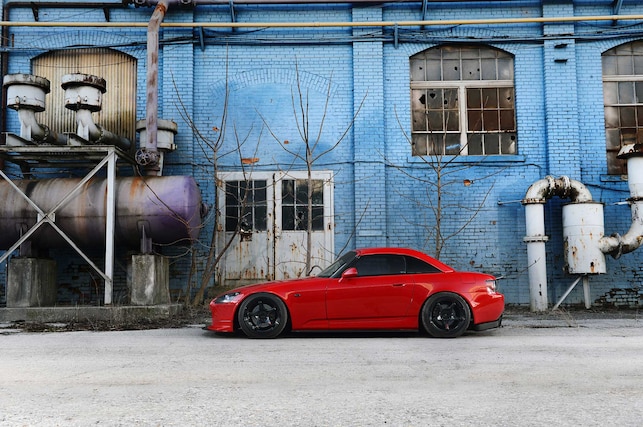 Like any good project car, Chris's S2000 is far from finished, in his eyes. Despite all the drawbacks mentioned here, the J-series engine does offer some strong benefits: They're cheap, strong, easy to find, mate to some 4WD systems, are available in displacements from 2.5 to 3.7 liters, and actually have a decently strong aftermarket following. And building his S2000 has taught Chris how to overcome nearly any obstacle he's likely to encounter building it further. There are some truly radical directions in which he could take the car. But again, like with any good project car, he could just as easily call it a day and enjoy the fruits of his labor. And who could blame him? 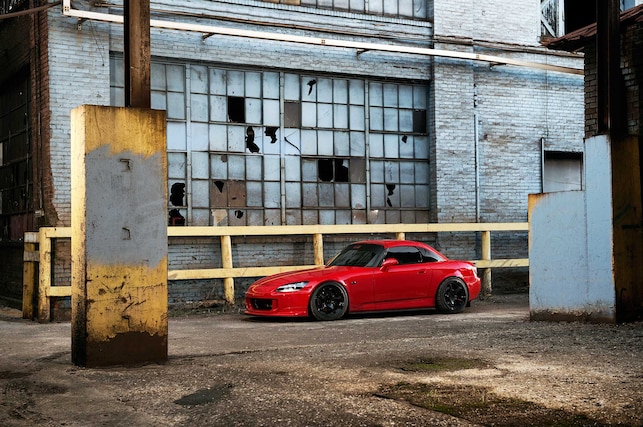 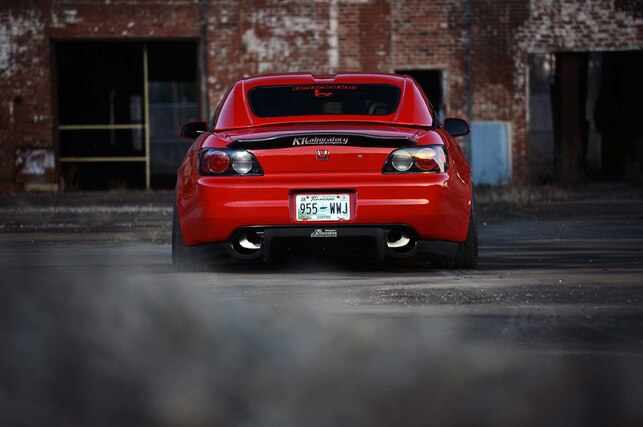