Grenading the engine on Justin Gaujenieks' Toyota MR-S track car could have been the end of his motorsport career; however, with persuasive friends, it's turned out to just be the beginning 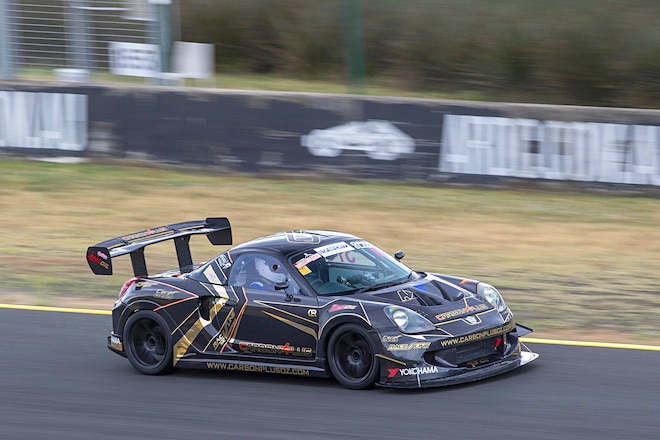 As Justin Gaujenieks rolled to the side of the track, he knew what the smoke screen and smell of burnt parts meant. He'd set out to build a race-competitive Toyota MR-S (known as the MR2 stateside), and to find the limits of a car that's often overlooked in favor of bigger-power machinery. He'd found those limits halfway through an endurance race. 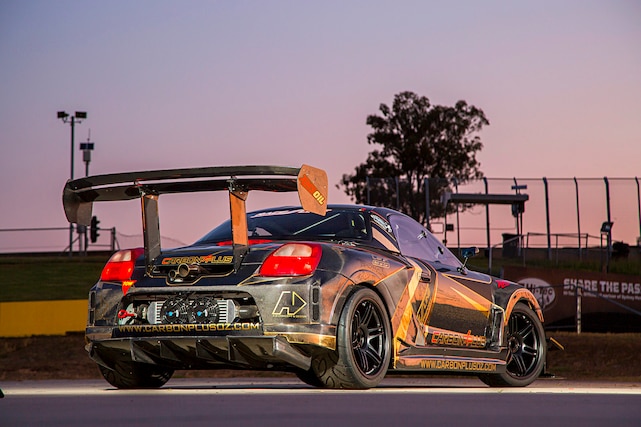 Just over three years later, and after an off-season shakedown, we're wondering if the 1ZZ motor blowing up might have been the best thing that could have happened to it. Sure, it meant the roadster spent a couple of years disappearing under a layer of dust in his garage in Melbourne, Australia, but the Time Attack monster that's emerged, wide-bodied and spitting flames at the Open Class competition, is leagues above what he originally had planned. "I'd bought this car to replace a CRX track toy, because the engine had let go," Justin tells us over the faint tink-tinking of hardworking metal parts cooling down. "My mechanic mate had a pair of imported MR-Ss from Japan for sale at the time, and he convinced me one of them would make a better track car. It seemed a good platform to go a little crazy with, on paper anyway." 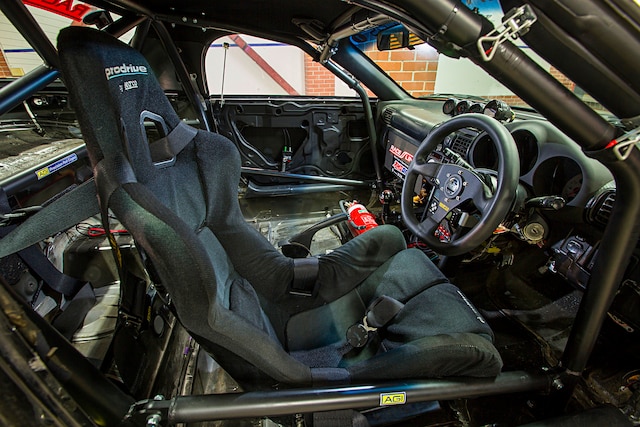 Mostly self-funded and, where possible, self-built as a learning experience with help from his friends, grenading an engine was always going to be a massive setback. The MR-S had become an expensive garage ornament, until long-term friend Ronnie Fok, owner of Melbourne-based Carbon Plus, persuaded him that there was still plenty of potential in the wounded Toyota. With that kind of know-how behind it, the MR-S was only ever going to end up in Time Attack. Carbon Plus not only builds custom aero and widebody kits, but it's backed cars driven by motorsport royalty such as Japan's Tarzan Yamada in Australia's World Time Attack Challenge, and Ronnie comes well connected. 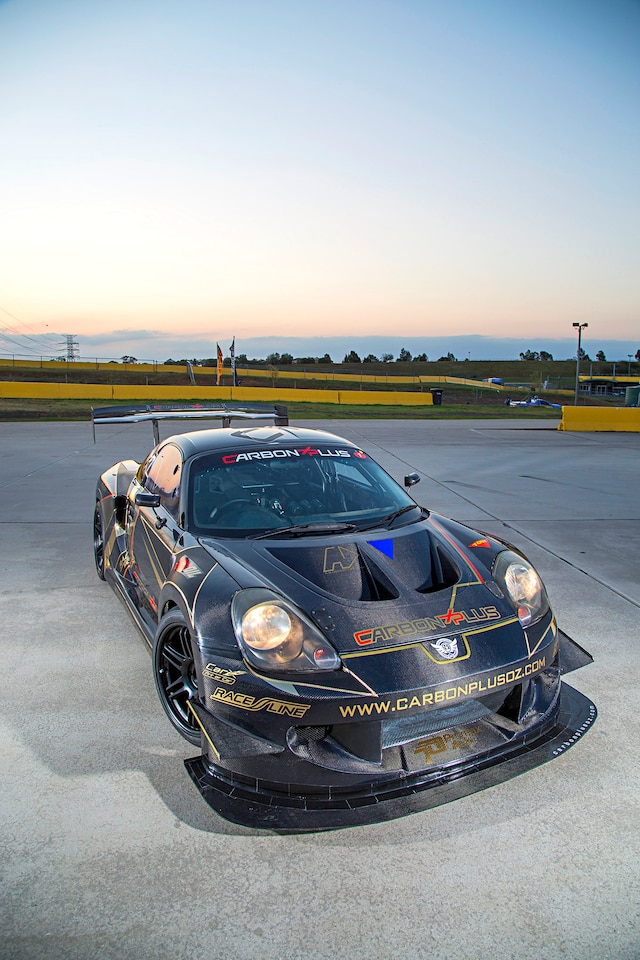 Photo 4/15   |   Carbon Plus widebody kit is legit, not to mention the one-off splitter and diffuser that have been designed to keep Justin's MR-S planted.

As helpful mates come, you can't get much better. "I decided that, if I was going to keep it, then it had to be the fastest MR-S that I could build with my limited knowledge, skills, and finances, and hopefully learn a few things along the way," Justin says. "That and I wanted something fun to drive." With the engine already scrap, the MR-S was a blank canvas. So instead of replacing like for like, Justin sourced an unused 2ZZ from a Celica, good for 190 bhp out of the box instead of the stock 140 bhp, and with the bonus of much stronger forged internals. In turn, it's meant he's been able to run a Turbonetics 60 Series turbo without breaking the motor apart, and the Toyota's tiny engine bay is now home to 295 bhp at the wheels, using 14 psi of boost.

Keeping it cool isn't so easy. The rear-mounted intercooler has a water sprayer and extraction fans to keep charge temperatures down, and Justin has had to upgrade the radiator and fit larger oil coolers to keep temperatures down. But, with a short exhaust and screamer pipe tucked under the rear wing, what it lacks in cubic capacity, it makes up for with its raging soundtrack and explosive low-weight power delivery.

Justin says it doesn't need much more: "One of the main advantages of the car is the lightness. That's its main advantage, because it needs less power, less braking, and smaller tires to achieve what a heavier car would, and in turn that keeps the costs of parts and maintenance down." 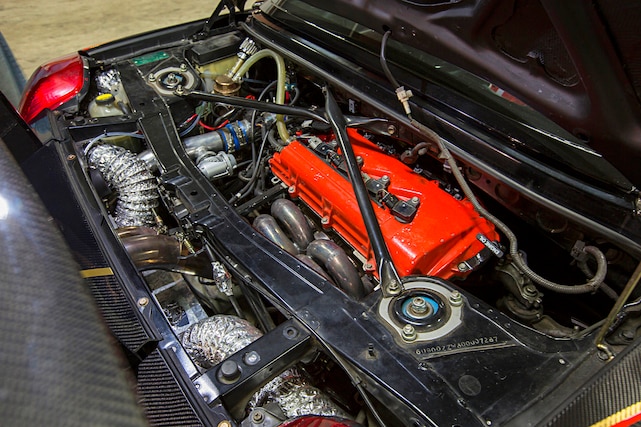 Photo 8/15   |   After the factory-equipped 1ZZ blew up in an endurance race, Justin swapped in a more stout 2ZZ from a Celica, upgraded boosted via a Turbonetics turbo and good for 295 whp when all is said and done.

Ronnie hadn't stopped at setting up the project with good contacts. The MR-S is flared 45 mm at each side with one of his own carbon-fiber widebody kits. With 3-D scanning and CAD and CFD tools on-site, he was able to design a one-off splitter and diffuser to keep the Toyota on the tarmac, while complying with the limits of the Open Class. But it says a lot for the MR-S's chassis and low weight that it's not needed substantial upgrades where you can't see them. Open Class requires a six-point rollcage built to Confederation of Australian Motor Sport (CAMS) standards, and that's matched to front and rear bracing of the shock towers for more predictable handling, while the WTAC's A050 control tires are wrapped around staggered Koya wheels. 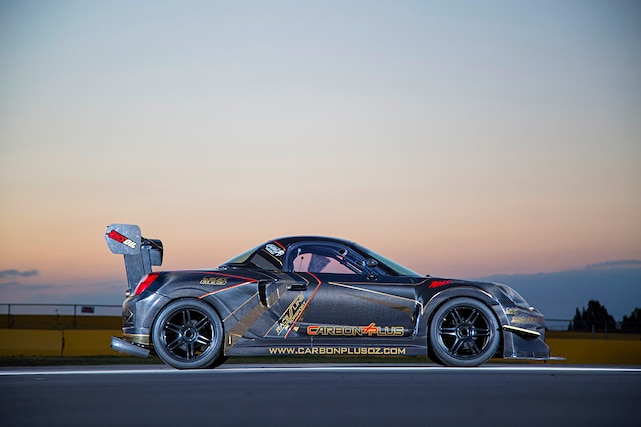 By the time it emerged for testing in March '15, the months until its first Time Attack entry were beginning to tick away. Justin progressively pushed it further through the summer as the latest upgrades, as well as the stock five-speed gearbox, showed they were up to the job. On its first WTAC outing at Sydney Motorsport Park, the MR-S put down a 1:43.1330, and that's barely scratching the surface. "It's really in its very early stages of development," he says. "So I'm sure I will change more as I find the limits of the car in the pursuit of better lap times. We're designing new aero for it this year, which should help, and we're building a new engine that wasn't ready in time for WTAC." 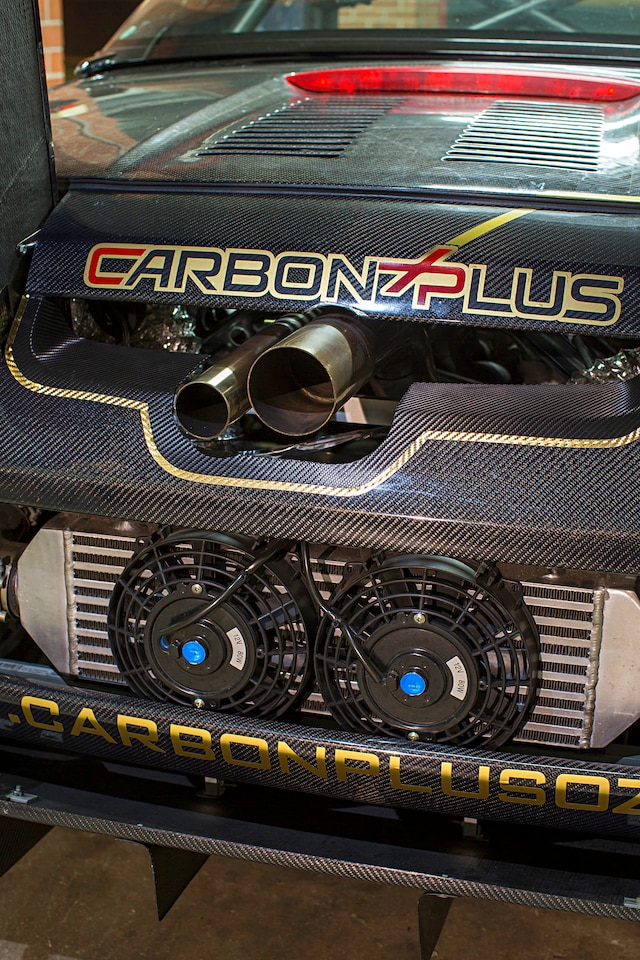 Photo 10/15   |   The rear-mounted intercooler has a water sprayer and fans to keep intake temps down.

He's still cautious, though, and unsurprisingly a lot of what's planned is aimed at avoiding a repeat of the engine fire, which kick-started the move into Time Attack three years ago. "Heat management has been the main hurdle, specifically with the air-to-air intercooler setup. It didn't have enough cooling capacity for sustained use, even with a water sprayer. So I'm moving to an air-water setup. Also, the current C56 transmission probably won't stand up to much more abuse with the new power output, so we're looking at a six-speed C60 with a custom dog gear seat." No longer a limited-budget build, then? "We stopped counting when the build got to $80,000," Justin says with a laugh. It's an investment in peace of mind, though. Having finally shown the potential it never had a chance to a few years ago, the MR-S has emerged from its long-term hibernation with the class leaders in its crosshair. With the limits that held it back now reset, this featherweight could be out to give Sydney's heavyweights a bloody nose this autumn. 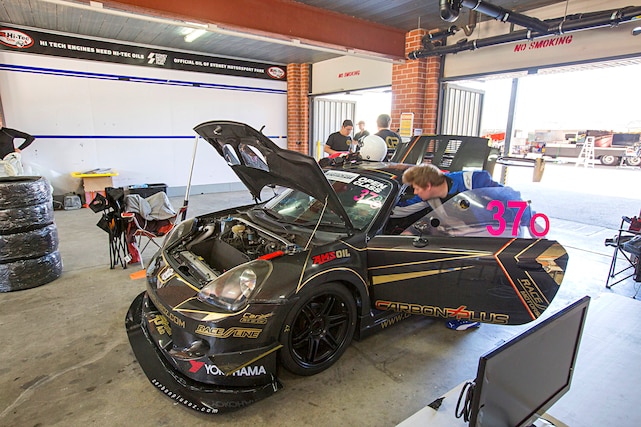 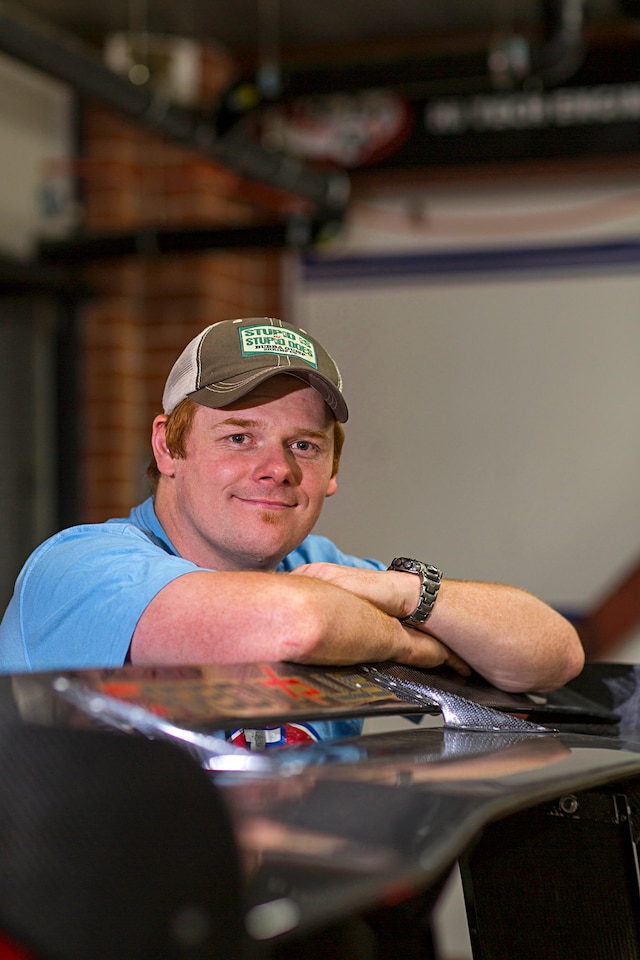 Read about the chance to take home the all new Toyota MR2 Spyder in Super Street Magazine. 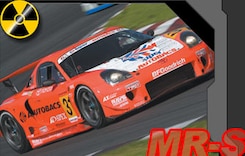 Read all about our Project Toyota MR2: Part II, brought to you exclusively by the experts at Sport Compact Car Magazine.