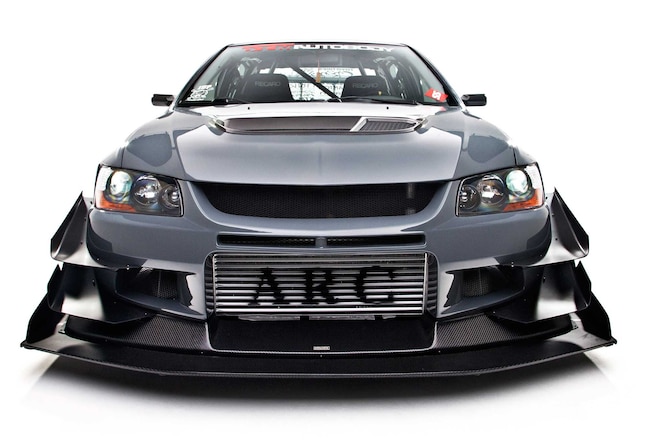 The Evo IX MR before you is no sleeper. Aggressive Do-Luck aero worth more than your whole fleet of Hondas and a Voltex wing won't let it be. And that's just because good, functional aero has a funny way of not being cheap and not existing quietly. 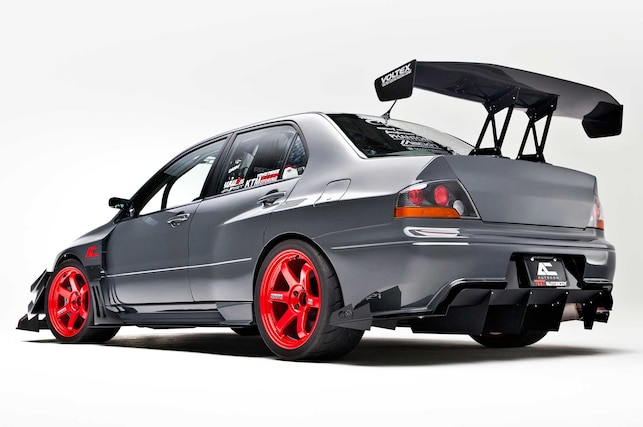 This is all in stark contrast to the car's mild-mannered and temperate owner, Kelvin Hsiu. Kelvin is a guy who didn't penetrate the car world until he'd reached his early twenties. He also isn't ashamed to tell you that in the beginning, he was no Mitsubishi expert by any means. "The only thing I knew was that Mitsubishi had some nice coupes, like the Eclipse and the 3000GT," he says before going on to explain how his strict parents wouldn't sign off on either of those. "I decided to purchase [an] Evo," he says, "the next best thing," or, what he says he's now come to realize was actually the best thing Mitsubishi had to offer. "I found out after purchasing the Evo that the amount of aftermarket support was endless." 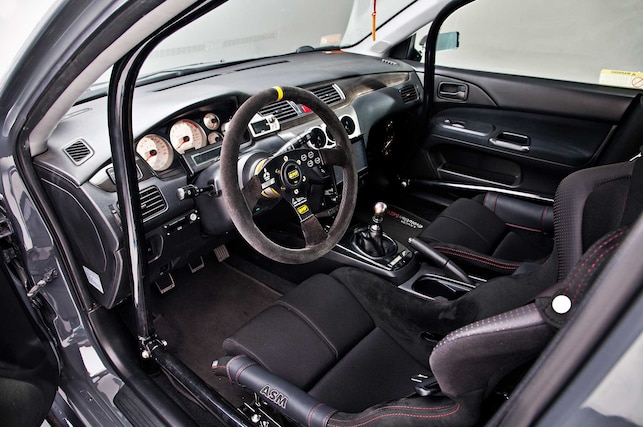 Kelvin's story begins with a Lightning Yellow Evo VIII, and luckily the car's four doors and sedan-like demeanor alleviated any concerns his parents might've had. For six years, he got more and more acquainted with the Evo's rally-inspired, all-wheel-drive performance; however in '09, a drunk driver made sure Kelvin would never see his first project car again. This threw him off course for a while, but it ultimately landed him in the seat of a newer and more desirable six-speed MR.

As a daily-driven project car that would see more Los Angeles traffic than it would see a racetrack, Kelvin's MR probably needs as much downforce as Southern Californians need snow boots, but that doesn't mean for a minute that he was wrong for draping his new MR in all of that track-appropriate aero. Besides, whether or not this Evo needs the expanse of carbon fiber that's been strategically placed from headlight to taillight is all of a sudden a whole lot less important once you see it. 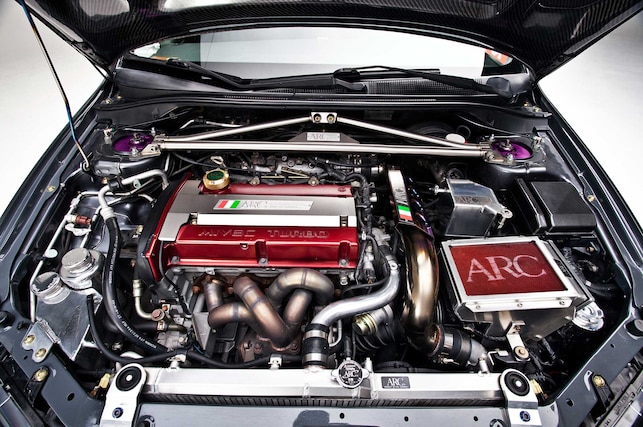 The aerodynamicist in you knows that, if Kelvin goes fast enough, those Do-Luck canards, side skirts, splitters, and diffusers will all contribute to those Toyos being able to better do their job, all the while the car show weenie in you knows that it just looks damn good. Kelvin's no weenie, but he knew that being among the few to fit an Evo IX head to toe with what Do-Luck Japan has to offer was a good idea.

Another good idea was the TE37s he's fitted to the car. "I'm a hoarder of TE37s," he says laughing, in part out of modesty but also because he's got multiple sets of Volks and you don't. "I own five sets, including two sets of Top Secret TE37s, of which one has been signed by Kazuhiko 'Smokey' Nagata."

Jealous yet? Maybe you will be once Kelvin opens the hood. You'll notice an immaculate 4G63 with a legit HKS turbo upgrade, Full-Race exhaust manifold, and a host of ARC goodies, including a massive intercooler. ARC, as it would turn out, was also responsible for the lions share of Kelvin's frustrations, not because its high-dollar wares exhibited any sort of trouble, but because this MR owner was determined to own just about everything the upper-echelon, overseas parts maker offered. "I was already late," he says about his wanting to own the company's titanium exhaust system shortly after ARC had discontinued it. Lucky for Kelvin he'd already begun to surround himself with the right sort of people, though; people with the sort of pull to get a company like ARC to do a pretty big favor. "Thankfully," Kelvin says, "Mackin Industries pulled through and was able to get ARC to make one [more] for me." 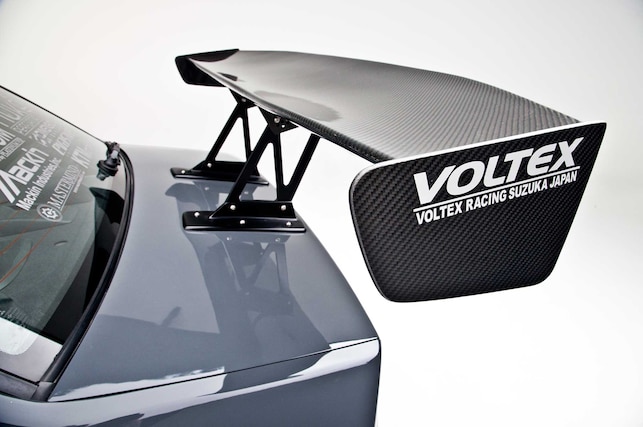 If you think an Evo like this doesn't get driven, you're wrong. According to Kelvin, miles are accumulated often—three to four days out of the week—and when the car shows call, it's driven to them, not trailered. It's even seen the track, of which Kelvin simply says: "It's meant to be driven, and it's gratifying when I can keep up with the big V-8s and V-10s." Doing that'll be a whole lot easier soon enough, too, because Kelvin isn't done. An HKS stroker kit is on the wish list, which, as far as he and Evos go, is pretty much as good as done. 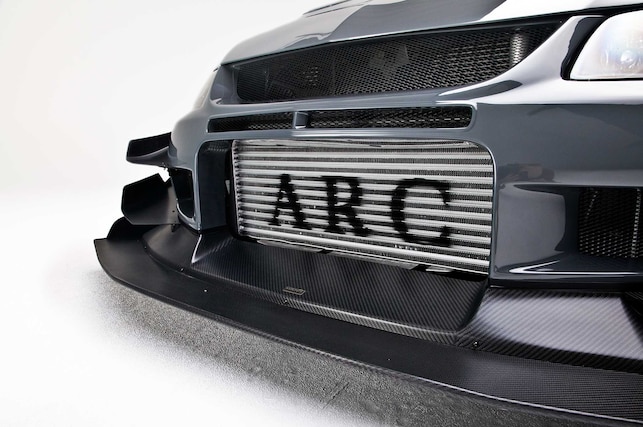 Kelvin Hsiu doesn't share the same sort of flamboyant, attention-seeking personality that most car owners would with a build like this. He's soft-spoken, he tiptoed into the world of modified cars, and he works two jobs just to provide the sort of care his car deserves. But all his hard work and passion show in more ways than one. His Evo is one of the top cars in the scene right now, capable of taking first place at a car show but also able to hold its own on the track. 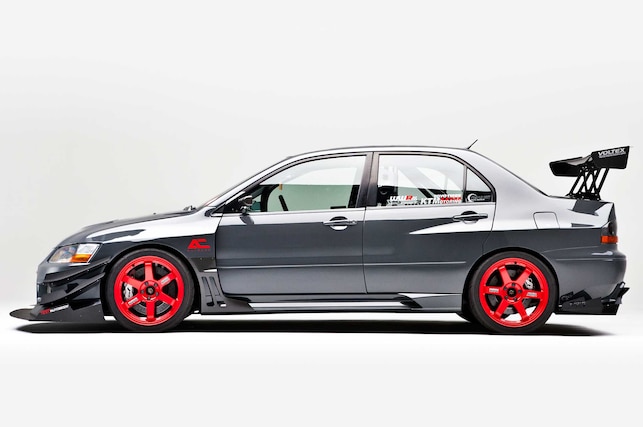 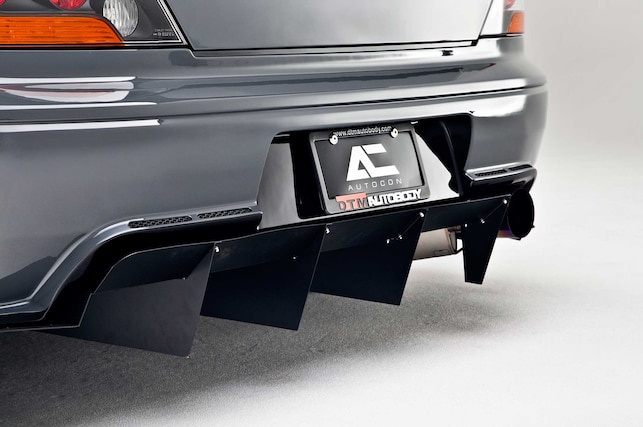 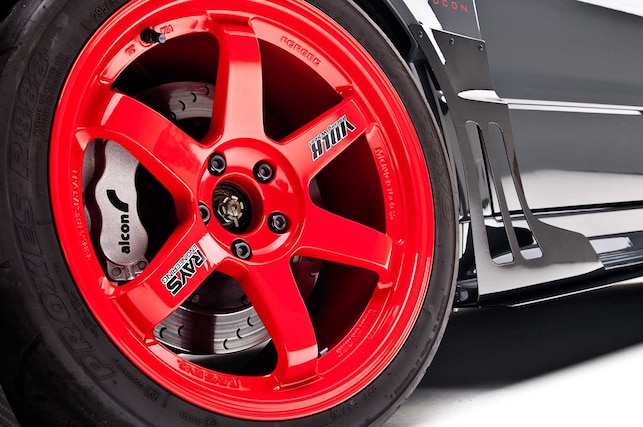 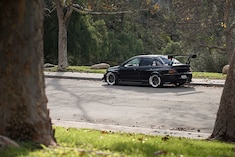 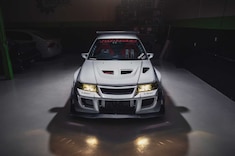