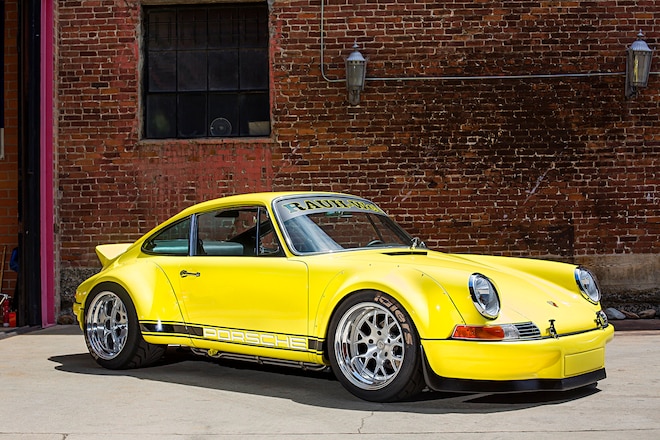 Three years ago, if you lived in California and wanted the Rauh-Welt Begriff widebody treatment for your Porsche, you had to get a hold of Fatlace's Mark Arcenal, the sole U.S. distributor for RWB at the time. Today, operations have expanded as Alex Chen along with Joey Chang successfully established RWB Los Angeles under their parent company CYC Trading Group. CYC has been responsible for any RWB build in California over the last few years, and they pretty much handle any kit that's been shipped stateside since '14. In their L.A. studio, they've completed four RWB Porsches thus far, including this unique '87 Porsche 911 Carrera nicknamed "73RSR." 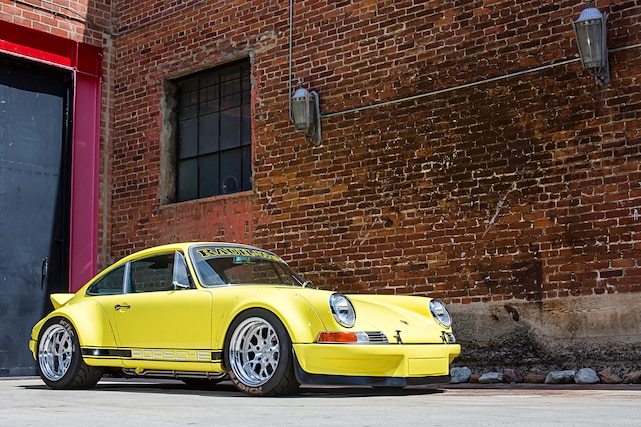 "With this car, our goal was to present RWB in a different perspective; more toward the delicate and elegant route instead of the typical race and sporty feel. We wanted to build a car that was more targeted as a cruiser and as detailed and period correct as a Singer," Alex explained. For those who don't know, Singer Vehicle Design specializes in restoring older Porsches into six-figure, full custom builds—pretty legit stuff! With that said, the basis of this 911 wasn't to make a lot of power and take it to the track, but give it more class and backdate it with an even more old-school look featuring a '73 RSR conversion (FYI, RS, and RSR models were designed to be meet motorsport homologation). This included wider fenders, a longer hood, and hidden exhaust under the chrome rear bumper. For an even cleaner look, Alex and his team deleted the sunroof and passenger side mirror and relocated the gas cap relocation under the front hood. Believe it or not, one of the hardest parts to source was the front pop-out windows. Alex explains these windows only came in '66 and '67, short-wheelbase Porsche 912s. But even when he found them, it took a good amount of modification to get everything working properly. The '66 911 R taillights were sourced to match the rare windows. 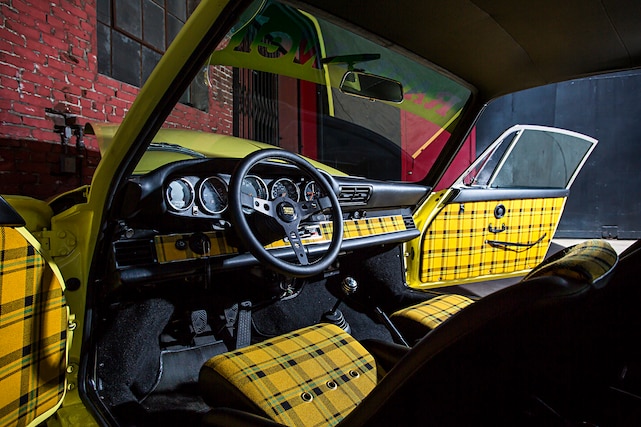 From there, it was time to add the signature RWB widebody. As part of the RWB program, founder Akira Nakai offers the ability to configure the kit's theme from race, street, ultra-wide and backdate (old school)—this 911 uses the backdate template. Instead of a huge wing, the 73RSR incorporates a subtle ducktail spoiler. The final element was color, and Alex went back to the '70s and sampled an OE Porsche Light yellow—you'd be hard pressed to find this paint today, but it came standard on 911s almost 50 years ago. 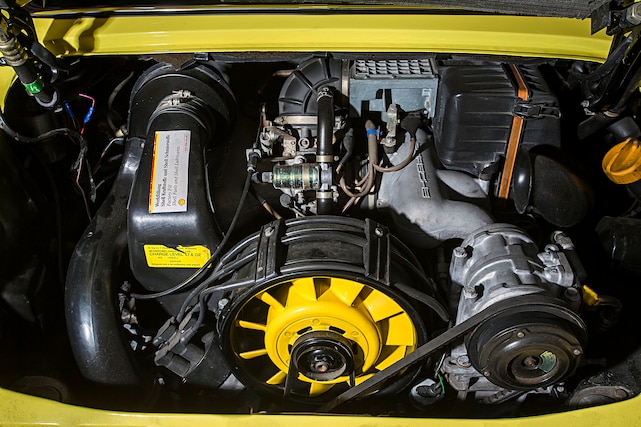 While the body and paintwork were in progress, the guys at RWB L.A. began the hunt for small retro interior pieces and trims to match the exterior. Inside the cabin, what immediately catches your eye is the custom plaid lined on the doors, dash, and bucket seats. Instead of the stock steering wheel, the RSR was fitted with a MOMO Protipo. As a cruiser, it made sense for Alex to have the rear seat deleted and to convert the rear of the Porsche into a full luggage compartment. 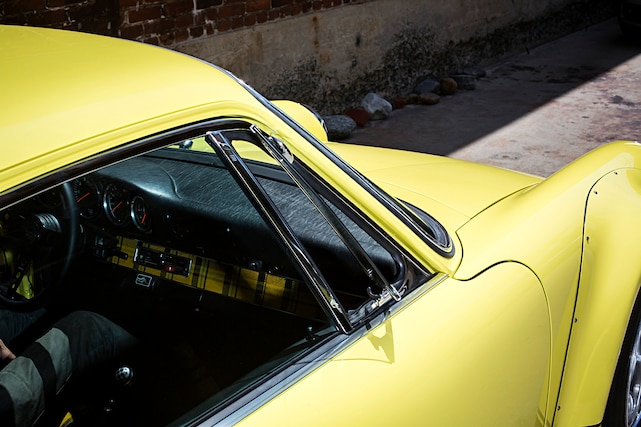 The 73RSR is like that perfect plate of food that's too good to eat. Its fine and intricate details make it a worthy enough piece to display inside a museum, but keeping cars locked up might as well be a crime. You're likely to see this Carrera at most cars meets in Southern California. In fact during our shoot, Porsche collector Magnus Walker took us out for a spin. "It was definitely an honor to have Magnus drive the car; having an enthusiast who has so much experience with older air-cooled Porsches giving us feedback on what's good on the car and what could be better was definitely a memorable experience," Alex concludes. RWB L.A. could've easily made another widebody race car, but the 73RSR has demonstrated that the thrill of acquiring rare Porsche parts and creating something that's classy and unique is as good as, if not better than, slapping on more horsepower. 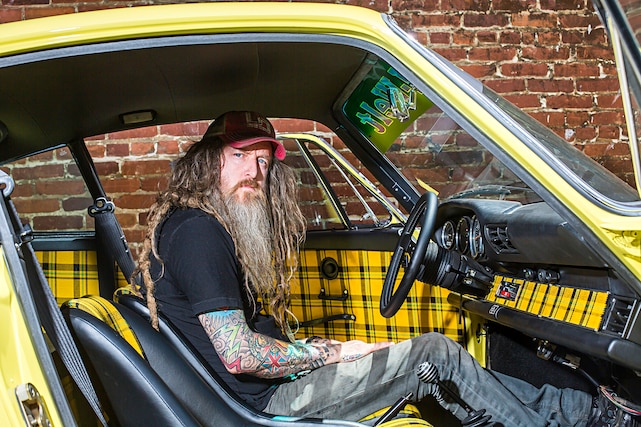 Tattoos, a long beard, and dreadlocks aren't the normal characteristics you'd see in Porsche owners. But Porsche icon Magnus Walker didn't earn his name "Urban Outlaw" by getting chic haircuts and a clean shave but rather a deep passion for cars. This underground hero fell in love with the Porsche brand when he was ten years old at a motor show in England and even sent a letter to Porsche asking for a job. Fascinated by the American dream, Magnus made his way to the states in the late '80s and inadvertently got into the fashion industry. 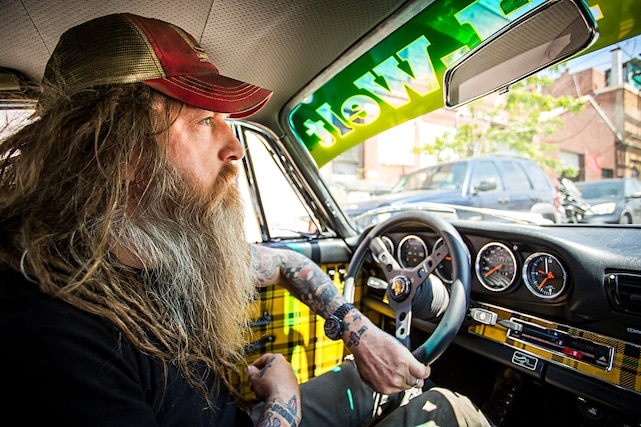 It wasn't until '92 at the age of 25 where he acquired his first Porsche. He then set an ambitious goal of collecting one of each year from '64 to '73. When he met his goal he moved onto collecting what he says are the iconic Porsches from '75 to '77, the first series of Porsches with 3.0-liter non-intercooled engines and small brakes. Fast forward to today and he's a collector of everything in the mid-engine 911 range. But he isn't only a collector. He's built and restored cars for him to race on the track as well. The most notorious of them all is his '71 Porsche 911 T called "277". He's also recently appeared in a Need for Speed video game and he's in the works with a special project with Mattel. People may know him as a Porsche guy, but his motto has been "go out and drive", no matter what car you're in. 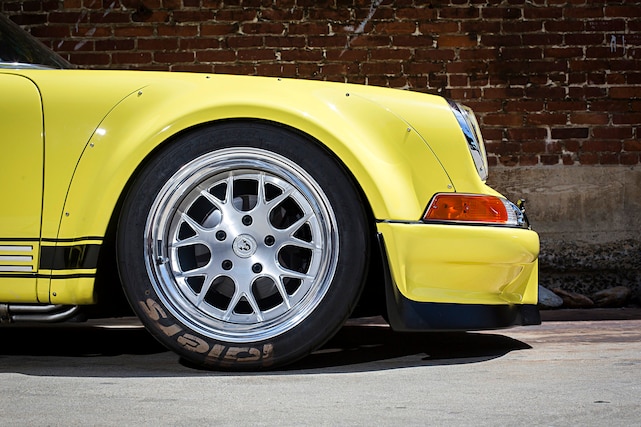 Photo 8/16   |   iForged GT14 under the Super Wide RWB fenders. Alex tells us the car retains the factory suspension; however, 911 has been lowered using the OEM torsion bar. 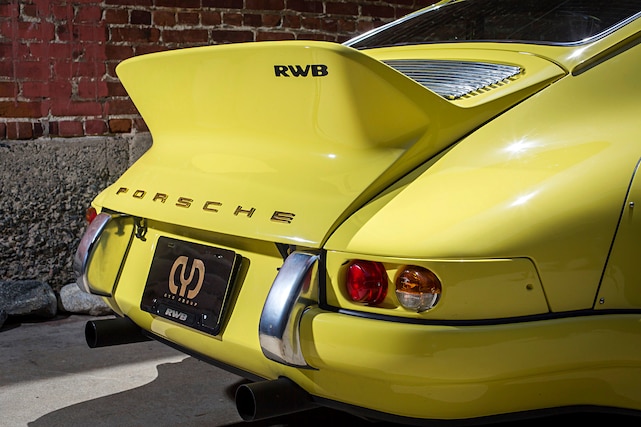 Photo 16/16   |   The gas cap was deleted off the body and relocated under the hood. Adding gas must be a mission.
View Photo Gallery (16) Photos
SHARE ARTICLE
SuperStreetOnline