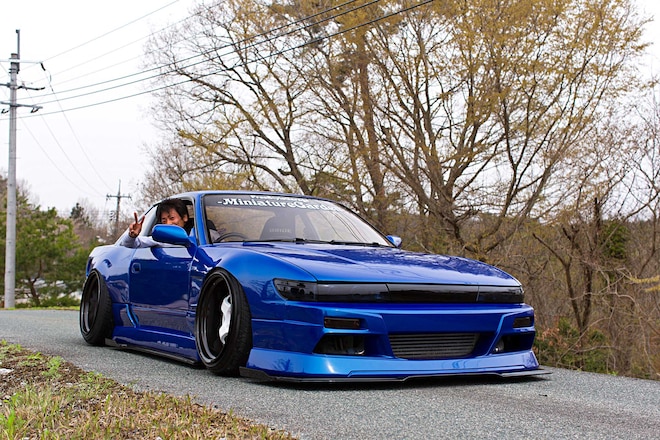 In a time when style reigns supreme, we don't blame Naohiro Yamane for having chosen aesthetics to take precedence over performance with his Nissan Silvia. And by the looks of how badass his S13 looks, it's no surprise this isn't Yamane's first rodeo, either. Turns out he helped build Shuichi Nakagawa's Shakotan 180SX RPS13, which we featured on the cover in '14 (Volume 18, Issue 2). And Yamane's expertise as car builder is so well known that S-chassis aero specialist Spirit Rei asked him to build a demo car using its products, which is exactly how this S13 came about. 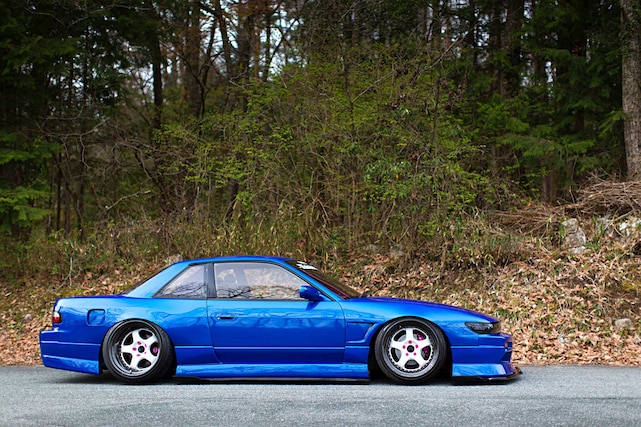 You might remember Spirit Rei for popularizing trends such as the Odyssey headlight conversion called "Odyvia." This time, however, instead of doing another conversion, the guys at Spirit Rei went a different route and complemented the S13 styling cues with their "Miyabi" line. The word "Miyabi" loosely translates to elegance or stylish but can also mean "heartbreaker." Yamane's S13 got the full Miyabi treatment head to toe and had Tomonori Idekawa of Tomo Lab's coat the car in Lab's Blue paint.

Being a perfectionist, Yamane tells us the hardest part of the build was making the perfect shape for the fenders, but again, with the help of Idekawa-san, the result of the bodywork was flawless. The Spirit Rei fenders extend the width of the body 40 mm on each corner, and combined with 326 Power coilovers, they perfectly house 18-inch Work Meisters like butter.

In contrast to the clean exterior, inside you'll find the attributes you'd expect from a drifter such as wild paint, gutted interior, and quintessential Bride Brix 2 bucket seats. 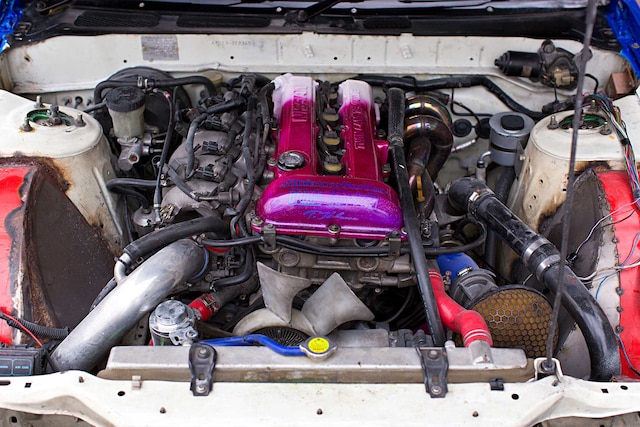 With aesthetics as the main priority, engine modifications were kept to a minimum, but that doesn't mean the SR20DET didn't get any love. The S13's factory turbo was swapped for a bigger unit from the S14. Yamane had his homie Hidehiko Shigemitsu tune the motor and was able to make a healthy 300 hp, which is more than enough power to get him sideways. 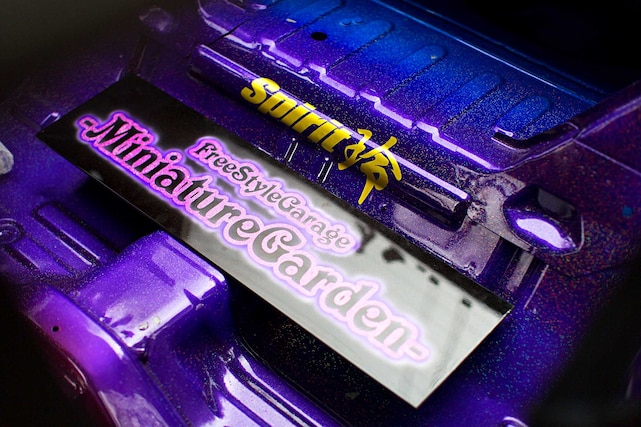 From shredding tires to carving apexes, there's nothing the ubiquitous S-chassis can't do. Even if the car stayed perfectly still, it can still be appreciated with the right aero and wheel fitment. Although Yamane's Silvia was born to showcase a body kit, its destiny lies beyond car shows, where Yamane first fell in love with the car-at the drift circuit, and that's exactly what he plans to do next. 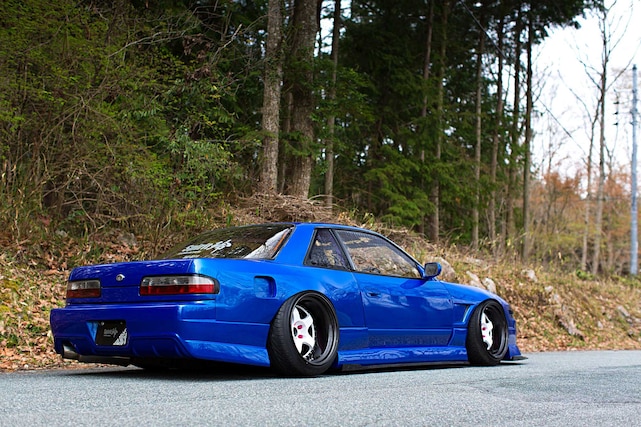 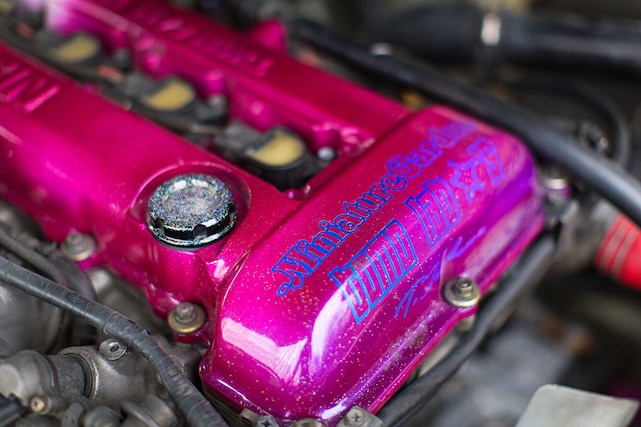 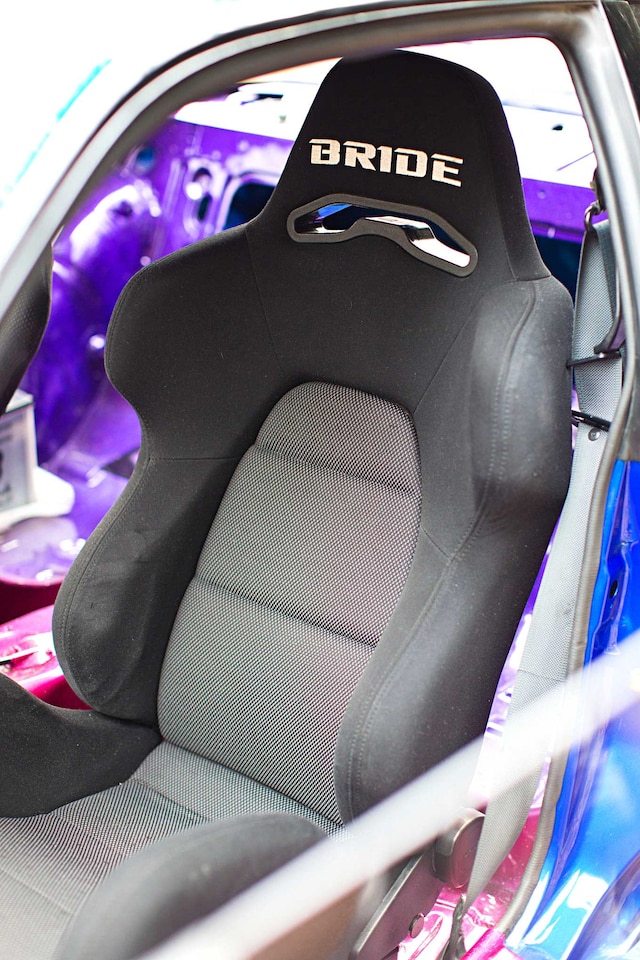 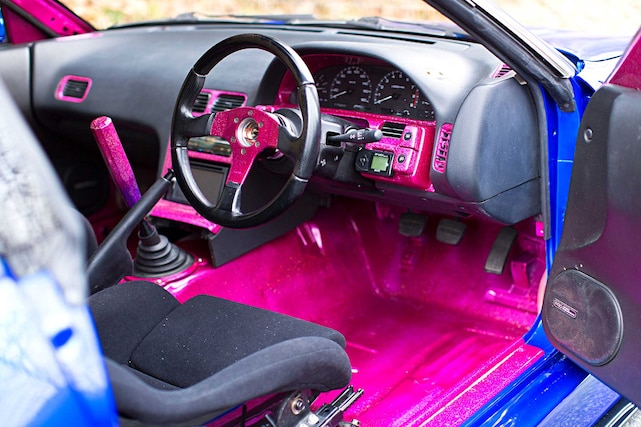 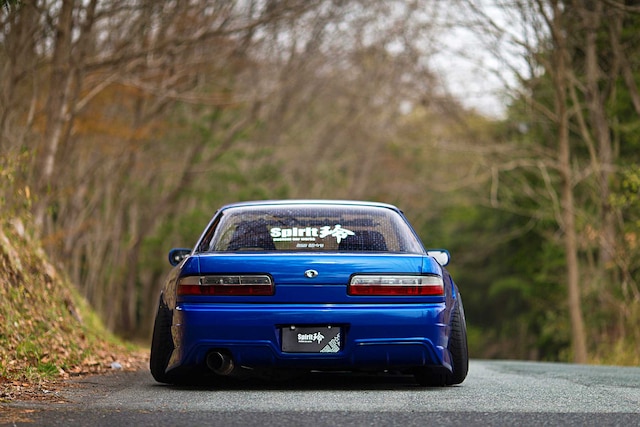 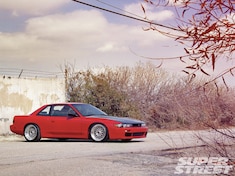 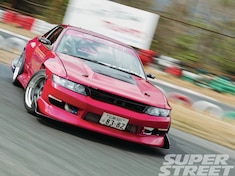 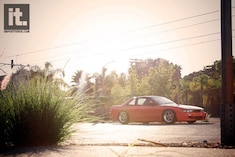 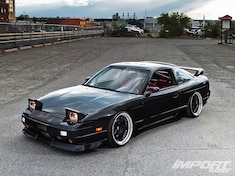 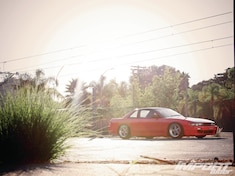