1973 Toyota Corolla - The Little Corolla That Could

After testing several Toyota engines in his TE27 Corolla, "Big Mike" Muniz goes with a rotary and never looks back 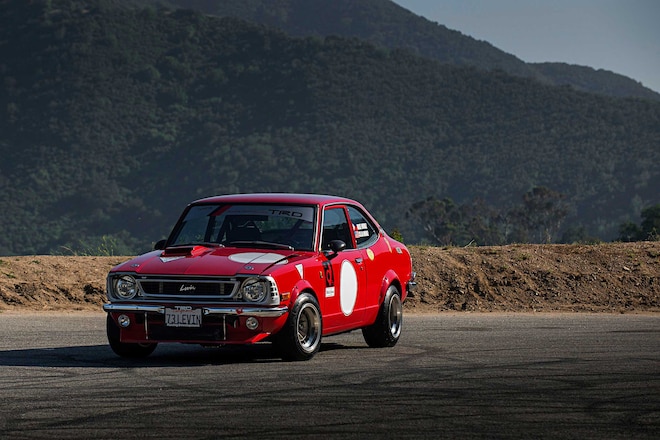 While we're all familiar with four-stroke and maybe even two-stroke engines, a Wankel rotary bridges the gap between three. Three strokes for a complete power cycle consisting of an eccentric shaft and a trio of pointed rotors. The result? "Brap, brap, brap!" We know it's the most overused term to describe the noise from a rotary, but we all know exactly what it sounds like. But it's one of the last things you'd expect to see when you open the hood of "Big Mike" Muniz's '73 Toyota Corolla. 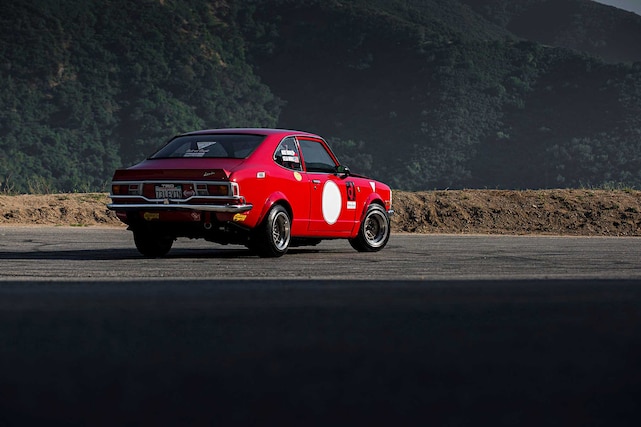 The story behind Big Mike's Corolla is certainly one to admire, considering most enthusiasts tend to switch the make and model of project cars they build all the time and without warning. Big Mike grew up in the Philippines. He tells us about the day when he was walking to school and heard the wail of twin side drafts. Completely mesmerized, he waited for the vehicle to come into view. Low and behold, it was the first TE27 he had been subjected to, bright red in color. It was his first love, and it wasn't until he had finished school and moved to California that he would think about purchasing his very own TE27.

Mike went through two Corolla projects before coming up on the one you see here. The first one was "OK" according to Mike—just not everything he wanted it to be. The second one, you'd think would be the moneymaker, right? Nope. It quickly transformed into an all-out race car, something he couldn't enjoy every day. They say, "Third time's a charm," and it definitely was for Big Mike. He imported this particular TE27 from Japan and had to visit plenty of junkyards to convert it to left-hand drive in order to make it legal to drive in California, but it was all worth it in the end. 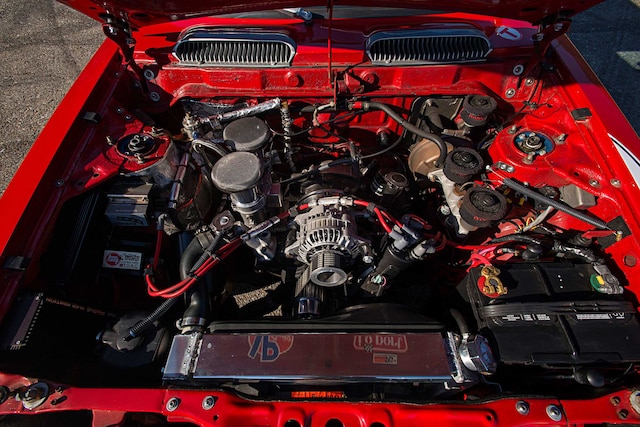 So the big question on everyone's mind is, "Why a Wankel?" It's funny as when Mike was describing his powerplant choice, he was quick to mention that he used to hate the rotary. Hated it so much that he tried literally every motor that would reasonably fit in the TE27 chassis. Here's the rundown of his engine swaps in one breath: modified 2TG, fully race-prepped 'n' naturally aspirated 3TC, turbocharged 3TC, 4A-GE 16V, 4A-GE 20V, 3T-GTE, and finally the 3S-GTE. That's a whole bunch of Toyota trial and error! Mike was quick to point out that most of these platforms just didn't put the power down, or it made the car a push-heavy, understeer critter. Makes sense, though, as you'll notice most rotary-powered cars maintain an excellent balance on the road course, then reward with full throttle apexes, all while up/down shifting when needed.

This all leads us to the point of why Big Mike's car was built. It was designed to go fast in all directions, not just a straight line but something he could tear up around the famous Azusa canyons around his backyard, which just happen to be pictured here. While the rotary swap is probably the biggest attention grabber of the project, what we like is the sum of all its parts. The ported 12A rotary and five-speed drivetrain are assembled and reinforced to make power reliably. The chassis is conditioned to accommodate Mike's 280-pound frame. With him in the car, the car weighs 1,920 pounds. Incredible, right? For comparison's sake, my math puts this car at a power-to-weight ratio close to a C6 Corvette. Power is everything, but it's really weight distribution that makes this car even keeled at the limit. 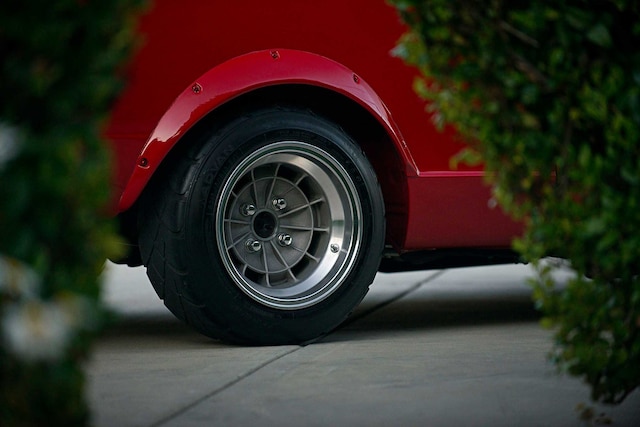 While TE27 Corollas are pretty damn rare to see in this condition, let alone carefully articulated with the ideal balance and power, Big Mike reassures us this isn't just a show queen. The fact that he's pushed it to its limit at some of America's top road courses is what his long journey toward finishing this car is all about. Laguna Seca, Willow Springs, Road Atlanta, Buttonwillow...and he's only getting started! 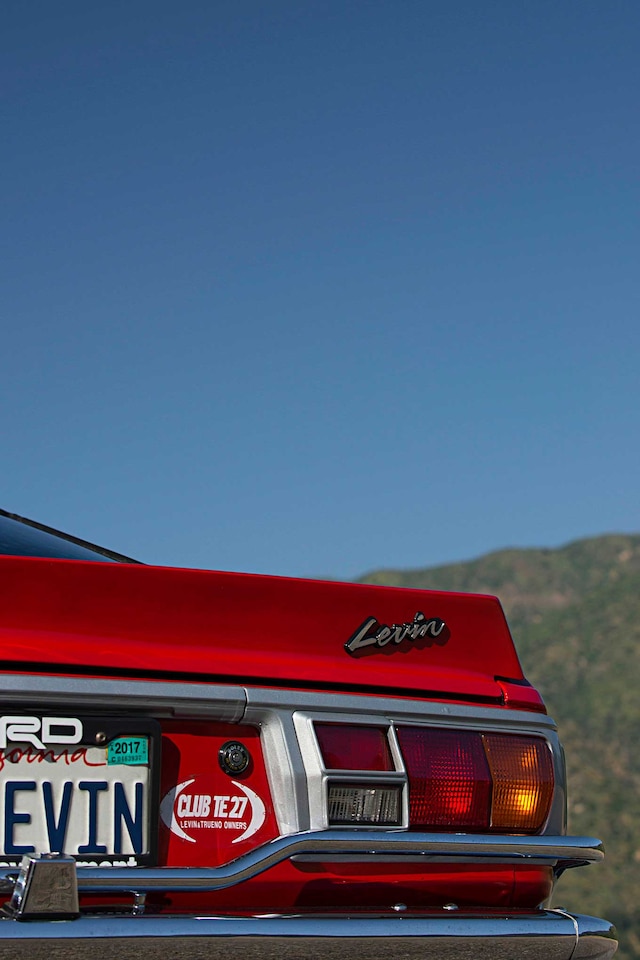 1973 Toyota Corolla - The Little Corolla That Could
Photo /