How we came face to face with the Civic Type R before anyone else in the U.S. 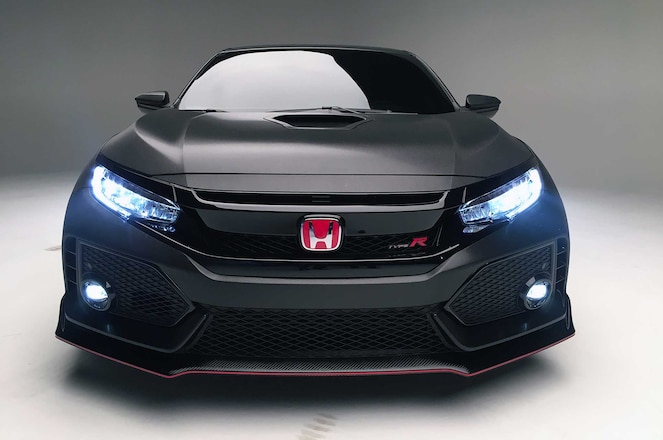 In the middle of the day about two weeks prior to the 2016 SEMA Show, and as the planning and stress revolving around my particular involvement in the event is only building, I get a random email that has me stop what I'm doing altogether. 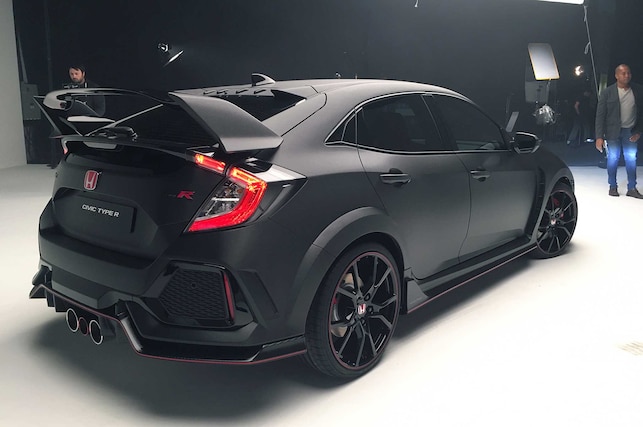 The sender, a familiar name from American Honda's public relations, is asking if I'd be interested in taking part in a video Honda is putting together involving the upcoming Civic Type R (CTR). I'm already well aware the CTR prototype will make its way to the Las Vegas red carpet for the monster that is SEMA week, but this particular get together is set to take place the week before, and is limited to just a handful of people.

Now, as much as I'd like to jump at the opportunity, the logistics of getting the Super Street Network's content lined up, along with organizing schedules with clients, meetings, and anything else that will happen SEMA week is daunting. Add to that Super Lap Battle just a week after we get back from the show, then Tuner Battle Week just four days later and, well, like I said, it's daunting. Nevertheless, the chance to see the Type R up close and personal before anyone else in the U.S. is more than enough to convince me it's worth the block of time I'll have to make up somewhere else. 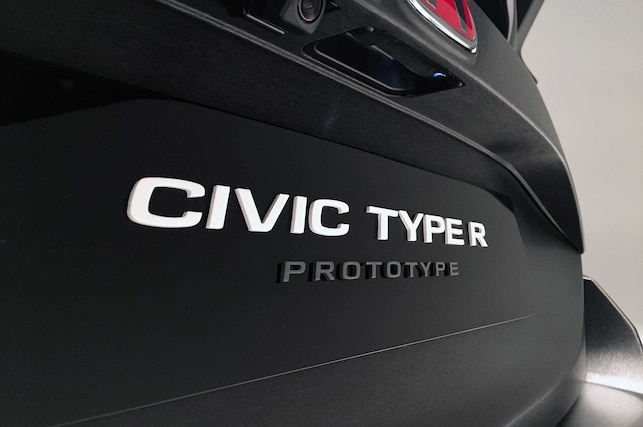 The day of the shoot arrives and though I'm buried in work, I can't stop thinking about that five-door specimen that awaits me at the end of the day. It's basically the one that got away. At a time when import enthusiasm was at an all time high and the Honda brand could do no wrong, pleas for the Civic Type R in the States went unanswered for years. Could Honda right that wrong from so many years ago? 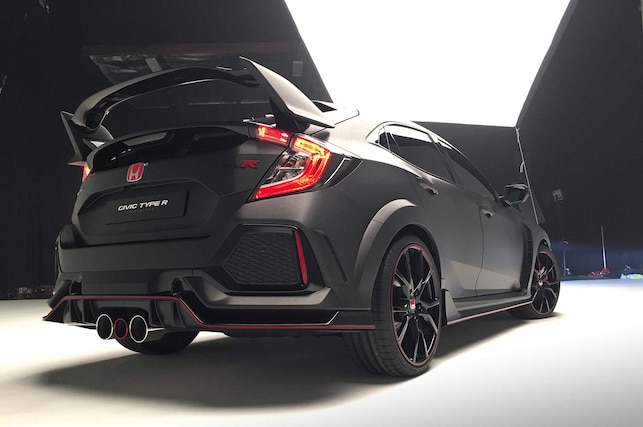 Once I arrive and park and am heading toward the studio, the quiet night air is ripped apart as the angry swoosh and snarl of a turbo something or other — without an exhaust system mind you — is barreling toward the vicinity. Porsche? No. Heavily-modded Evo? Nope. It's actually an Odyssey minivan. Judging by the sound and the appearance of this monster, you'd expect a tattoo'd 40-something with an affinity for pissing off the neighbors to step out in his ripped jeans and Affliction shirt, but what you get instead is a polished Bisi Ezerioha, complete with blazer and a friendly, "Hello, how are you sir. It's good to see you, my friend." That's just Bisi — one of the friendliest people on the planet, who also happens to build nasty turbo cars/vans. 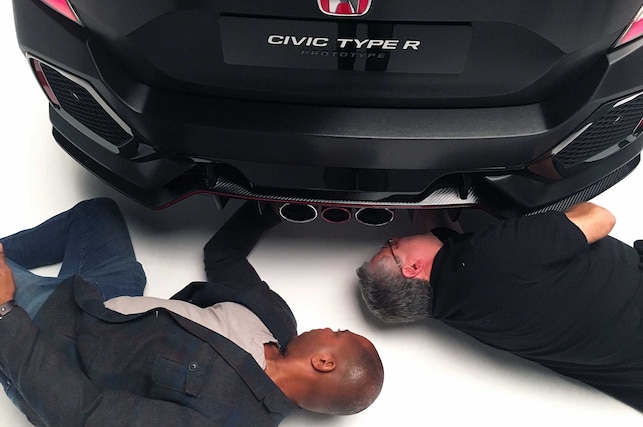 We head in together, meet the person who invited us, sign waivers, and we're ushered into the production area where we're greeted by some familiar faces: Ryan Hoegner of Eibach Springs, also my partner for the annual (SoCal) Eibach Honda Meet; there's Matt Pearson, one of the driving forces behind Super Street Magazine for years, who's moved on to greater things, like working with the LA Children's Hospital, but still an avid Honda fan; John Concialdi, founder of AEM Performance Products — an encyclopedia of knowledge on just about anything with an engine and wheels; just behind him is RJ De Vera, a guy that's seen and done it all for the last few decades in front of the camera, while working behind the scenes in more ways than you can imagine; and right next to RJ is Jonathan Wong, former longtime editor-in-chief of Super Street Magazine and a dedicated Honda enthusiast as well. 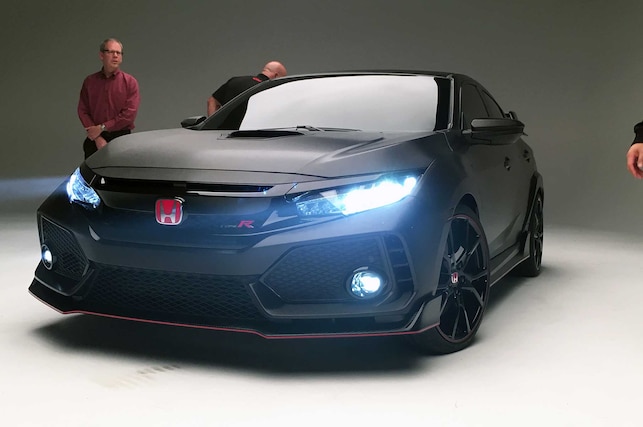 Everyone was fitted with a microphone and told to head into the meeting room to chat about the car prior to actually seeing it. I'll let you in on a little secret: I'm terrible on camera. I don't feel comfortable and don't like a lot of attention, so most of the conversation from my end is me nodding and agreeing, when in reality I just want to get into the other room to see the Type R. Fortunately the crew doing the production cut down the 20-minute conversation that was led by RJ, who coincidentally is like George Clooney when the cameras start rolling. Yeah, he's pretty much the exact opposite of me. 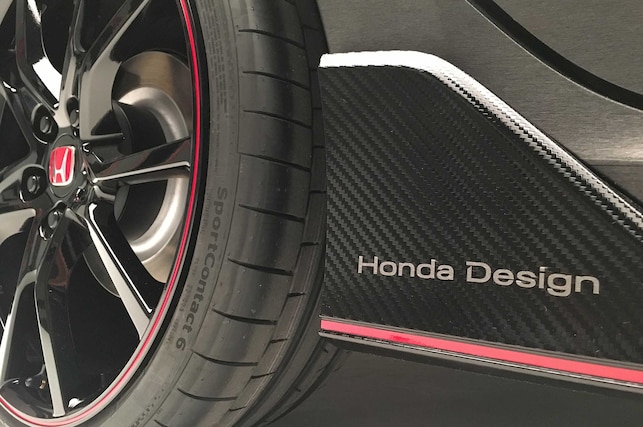 The crew then has us stand up, turn around, and wait for the curtain to be pulled back. Anxious, a little nervous, but mostly just excited, I was really just hoping that the Civic wouldn't disappoint. As a matter of fact, I distinctly remember coming up with little generic phrases about how "neat" it is because we would remain mic'd and everything we said would possibly be used in the video. 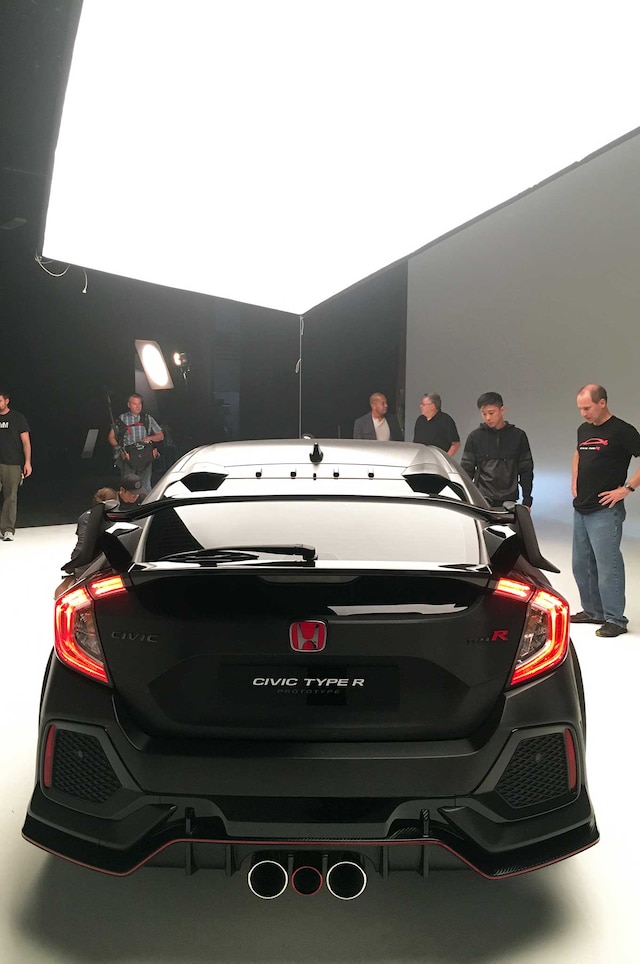 The curtain pulls back and the car, much further away than I had expected, sits quietly nestled within the confines of a white wall photo studio. The camera crew said something but I had tunnel vision as I began walking toward the car, probably too fast, in an attempt to get a better look. I let out a sigh of relief when I was finally next to the car as it wasn't a flop, and in fact, it was quite the opposite. I pulled out my iPhone and started taking photos while chatting with the others about the car. The very first thing I took into account was the real estate. In photos, the car looked much bigger, but in person, it felt just right. The sharp angles of the front end looked smoother in person. The tall middle portion of the chassis looked much more tame in person. And those fenders that have been compared to Subaru enough times to make you sick, look much more aggressive and well suited to the vehicle ... in person. Feeling as if I was almost lied to by previous photos that had been floating around, I was blown away by the finished product. Honda got it right. 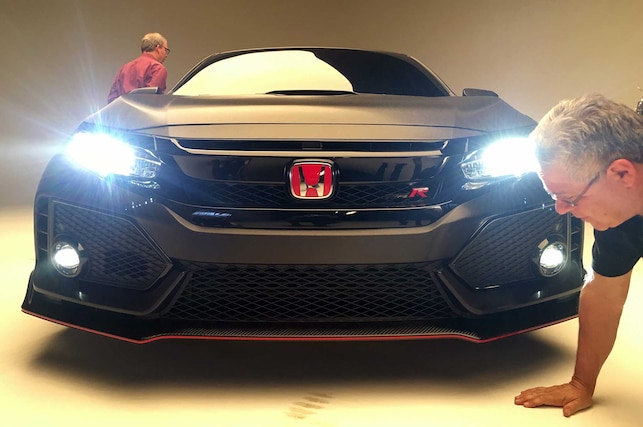 As we circled the car for the next two hours, we made note of styling cues, the good ol' days of this chassis or that, and posed various theories and ideas about the cars direction as Rob Keough, Honda's Senior Product Planner and the man essentially responsible for bringing the Type R to the states, joined in on our little powwow. And for those few hours, that room full of old guys weren't thinking about the mortgage, the kids, or the impending SEMA week's schedule, but instead were thinking about the one that got away, and how Honda is making things right. 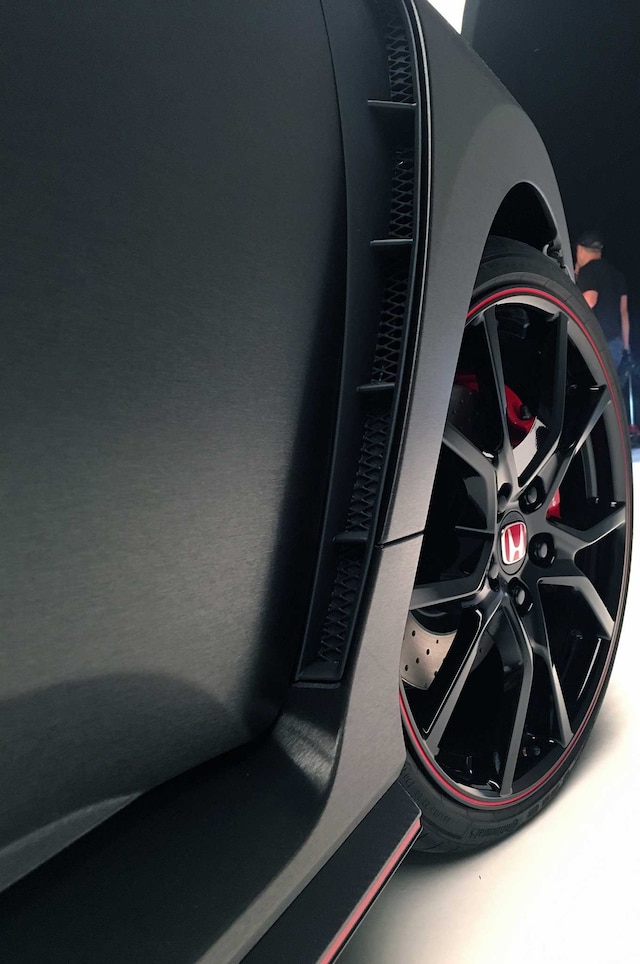