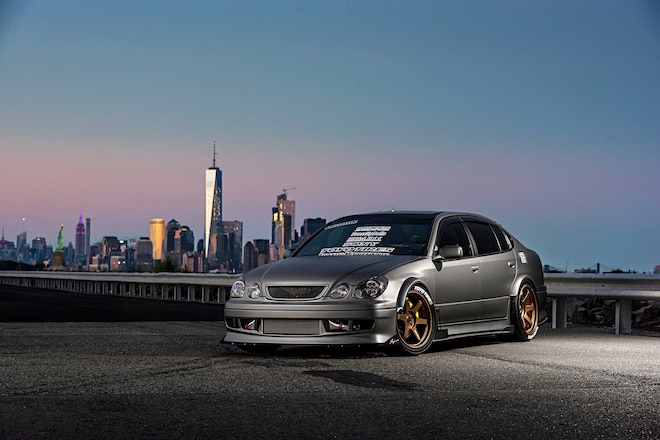 The second-generation Lexus GS' target demographic carried briefcases, they parted their hair, and they did things like go to the opera. They also had no idea what in the world a 2JZ-GTE was. Guys like Jason Pham, who understand enough about Toyota's legendary inline-six to know that it belongs underneath the hood of the GS, are why target demographics don't include everyone. He also doesn't carry a briefcase. 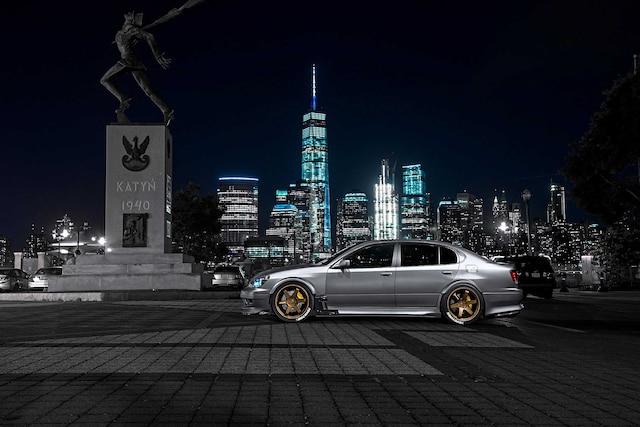 Pham isn't the only one who thinks the faux-wood and leather-appointed luxury sedan ought to have been matched with the venerable six. As it turns out, Toyota did, too, who sold the car that way overseas by way of the Aristo, a factory turbocharged and highly capable luxury sedan that accelerated more like a Supra and less like something on its way to a board meeting. By the time Lexus had its way with the rebranded sedan, though, the 2JZ had been plucked in favor of a more North American-friendly 90-degree V8. On paper, the 300hp, 4.0L engine doesn't sound all that bad. But real life doesn't happen on paper. 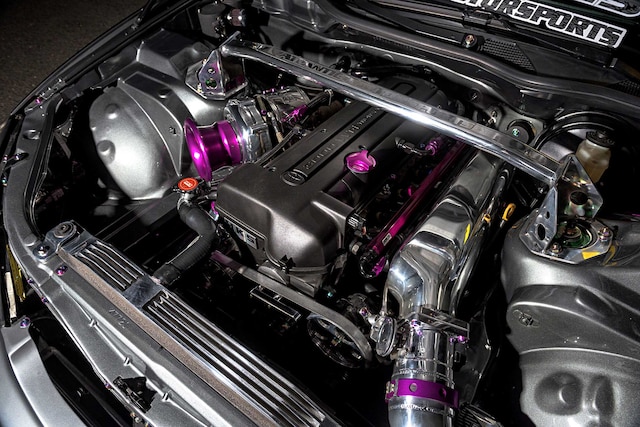 For Pham, real life happens at Gaithersburg, Maryland's Atlantic Motorsports, a company known for turning out big-power Nissans and Mitsubishis, and the place where Pham punches the time clock. He recalls his first build, a naturally aspirated Civic hatchback, and how his day job influenced his next move. "It was fun, but I wanted something that had the potential [for] big horsepower," he says. "Seeing R35s and Evos at the shop making 800-1,000 hp all the time, I wanted something that would have a nice number, too."

Big numbers didn't come right away, though. Vertex aero, paint, suspension, a set of Volks, and some interior work all happened before the single-turbo-converted VVT-i engine was sourced and dropped into place. Big numbers also weren't even part of Pham's initial plan. "My wife was expecting our first child [so] I decided on the Lexus because it's a four-door family sedan," he says. "That family car idea went out the window rather quickly." 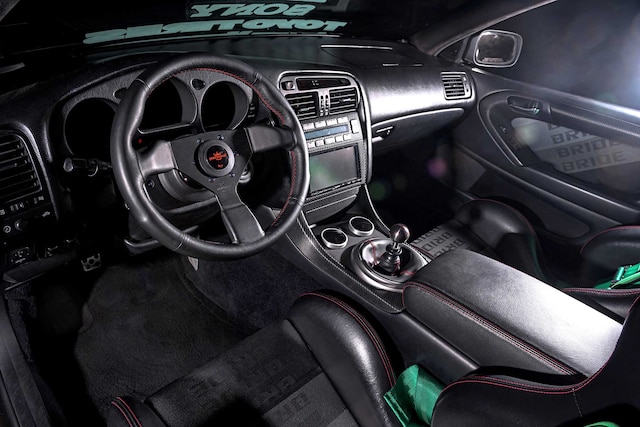 Working at a place like Atlantic Motorsports where four-digit dyno tunes are routine didn't help the case for a mildly-modded GS that'd otherwise be laden with baby seats and a diaper bag. "Nothing stays stock for long with me," Pham says. "Everything has to have some sort of modification, whether it's my daily or one of my wife's cars." A year into it and the V8 was out and the inline-six was in, which, in part, means this GS is no longer the family hauler Pham kidded himself into believing it might've been. It's not that none of this is capable of safely and reliably transporting Pham's clan around in, it's just that the rare aero treatment, the 20-inch TE37 Ultras, and the 2JZ with its lone Garrett GT4088R turbo all say that this GS has got a higher calling.

You think that Pham's second-ever buildup ought to have been another Honda or among the Evos and GT-Rs his employer specializes in and you're wrong. The GS, he says, was an easy choice. "A good friend of mine had a 2GS that was lowered on some aftermarket wheels," Pham says. "I [admired] the body style of the car every time I saw his. When I got the itch [to build another car], the choice was between the GS400 and a 240SX."

The GS might not have been the most logical choice (Pham had never modified a Toyota, let alone a GS, and his crew at work didn't specialize in them), and it didn't matter. "The guys at the shop," he says, "including myself, wanted a challenge." And the challenges, they materialized, but not with the obvious bits, like getting the inline engine to sit where the V platform once did or retrofitting the six-speed manual gearbox into place, but with seemingly trivial things, like the Japanese-spec engine's crank trigger and camshaft position sensors that, initially, didn't play nicely with the AEM engine management box. More obvious problems presented themselves early on, too, like the harness bar, side skirt extensions, rear diffuser, and fender flares that, frankly, didn't exist until Pham said they did. "The popular build style with this car is to go VIP," he says, going on to mention the scores of bolt-ons readily available for the GS body. "Building a car that has more [of a] tuner [or] race car theme seemed harder. A lot of the parts are modified parts made for other cars." 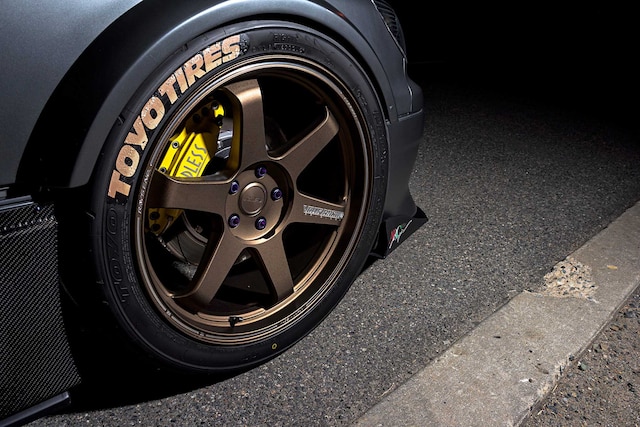 If the 2JZ swap and Bride Ergo II seats don't emphasize that this is no VIP build, then the Endless brakes and Exedy triple-disc clutch will. Look, but here you won't find things like velour window curtains, memory-foam neck pads, or fragrance bottles perched on top of Pham's dashboard, and that's exactly how he plans on keeping things, allocating funds toward things that matter, like R-comp tires and an HKS front-mount intercooler nabbed from a Supra. Breaking the 1,000hp mark is also on the agenda. 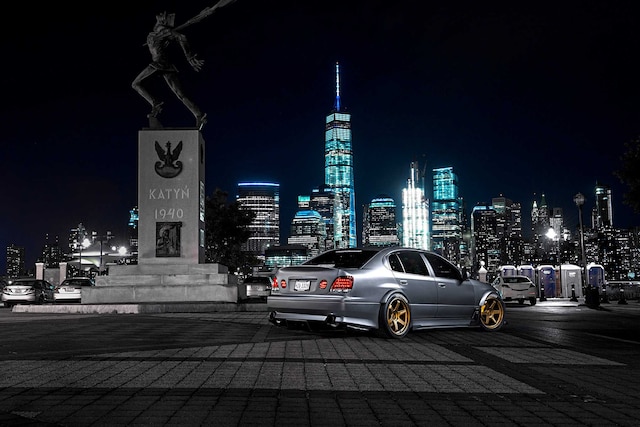 Lexus wasn't thinking about guys like Pham when it went on to market and sell its second-generation GS sedan some two decades ago. That missing 2JZ was evidence of as much. But Pham found a way to make the GS his own, preserving the sort of things that made the sedan appeal to him in the first place but with the sort of power and handling characteristics he saw fit. Best of all, he did all of this without ever picking up a briefcase. 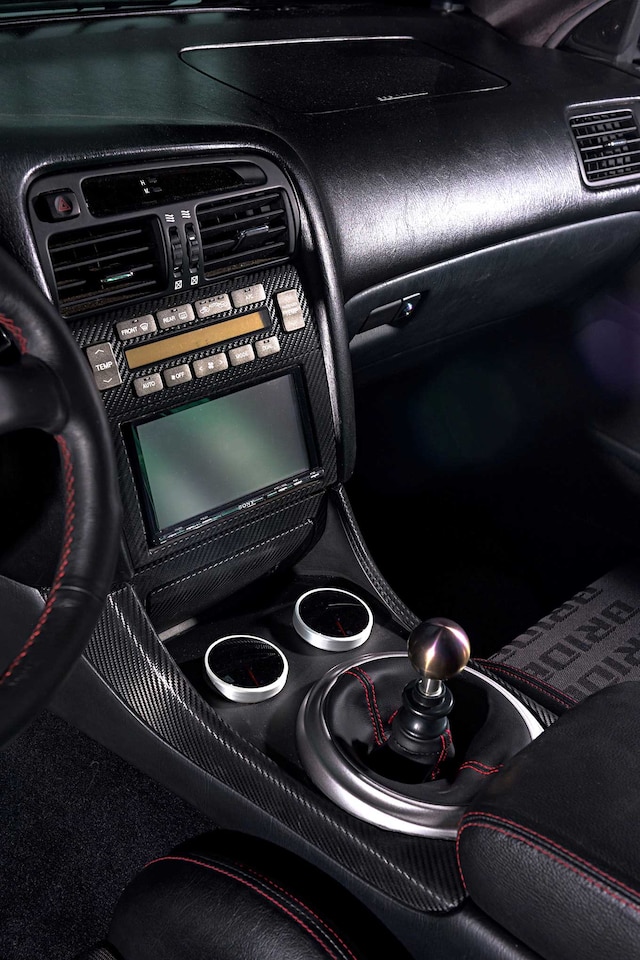