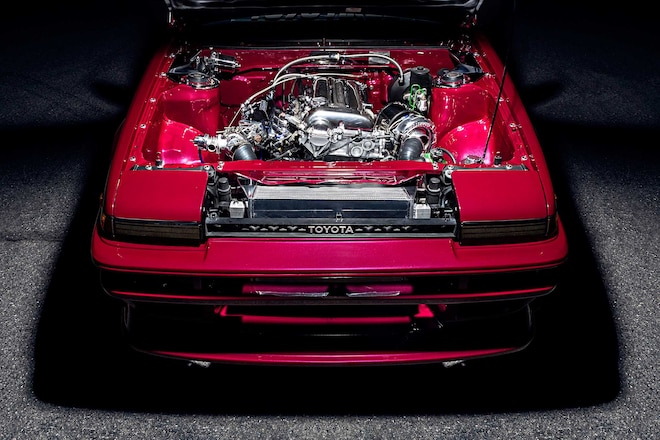 Rene Viniegra does a funny thing with the AE86 Corolla that he went to the trouble of meticulously restoring: He drives it. Every chance he gets, in fact. And so would you if the car you'd always wanted got torn apart not long after buying it and then took three years for you to piece back together. 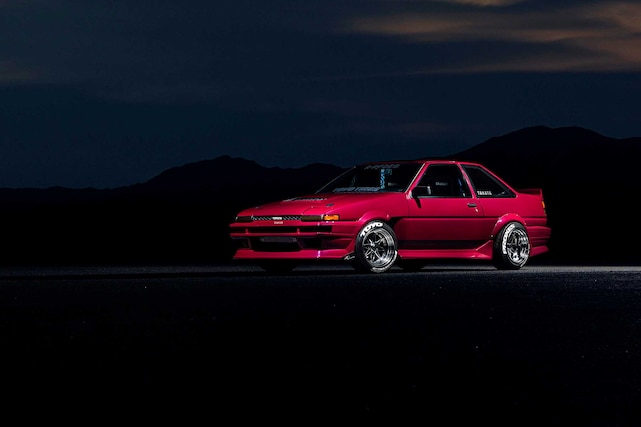 But you wouldn't have the balls to go on and put one of Nissan's SR20DETs underneath that Toyota hood of yours, which is exactly what Rene did, and which is exactly the sort of thing that ruffles up AE86 nitpickers. Stack the Corolla's 4A-C or even its 4A-GE against something like Nissan's already turbocharged SR, though, and the question isn't: Which one's better? But more like: Will you be keeping that Nissan-factory-issued T25 or make things come alive with something more capable and from HKS? Rene went with something more capable and from HKS, the tried-and-true GT2835 if you want to get specific and, if you ask him, this Corolla's all the better for it. 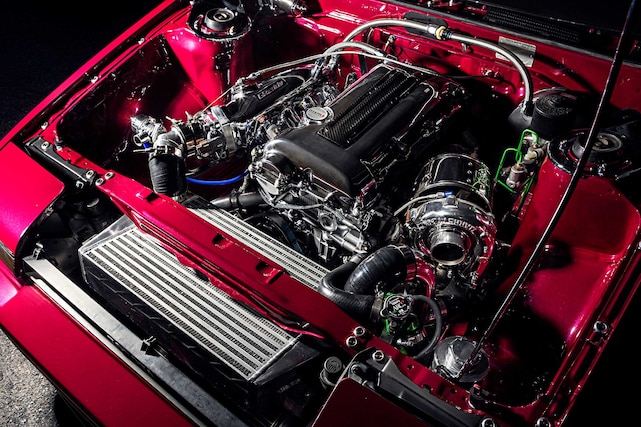 Turns out that this whole Toyota-meets-Nissan incident didn't just happen on a whim but was something 15 years in the making. Rene just didn't know it yet. Ask him about his first car, though, and he'll tell you all about the Infiniti G20 he'd bought back in '99. He'll also tell you about the paint job, the wheels, and the suspension mods he'd made to it that turned it into a full-fledged show car and that led him to a 350Z that'd follow a similar path. Later, a BRZ—the 21st century AE86 replacement—was thrown into the mix, at which point the worlds of all things Nissan and Toyota colliding was pretty much bound to happen.

That SR20 swap, it was a methodically planned out transaction. Rene deciding to go 30-year-old-Corolla shopping, however, was entirely impulsive. "[Ever] since I was a kid, I remember reading Initial D comics," he says about his first encounter with the RWD Toyota. "I couldn't keep my eyes off [of them] just because of the Corolla." Actually buying one, though, that wouldn't happen for several years. "One day [while] unpacking some boxes in the garage, I found some of my old Initial D books," he says. "After reading a few pages, I stopped what I was doing and, just like that, I started searching for an AE86 Corolla." 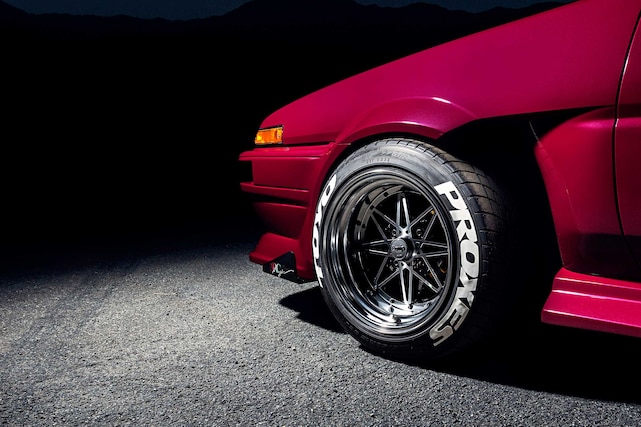 It really was as simple as that. Much simpler, in fact, than what transpired during the years it'd take to get the car how Rene would want it. "The whole project took about three years to get done; more than anything, the swap [gave us] a few problems here and there," he says. "And, of course, searching for the right color was harder than usual." Such are First World problems if there ever were any, but they're the sort of First World problems that, once sorted out, make Rene appreciate the classic Corolla he's brought back to life even more. "I haven't had my car in three years," he says about the build hiatus, "and so now I [drive it] every weekend." 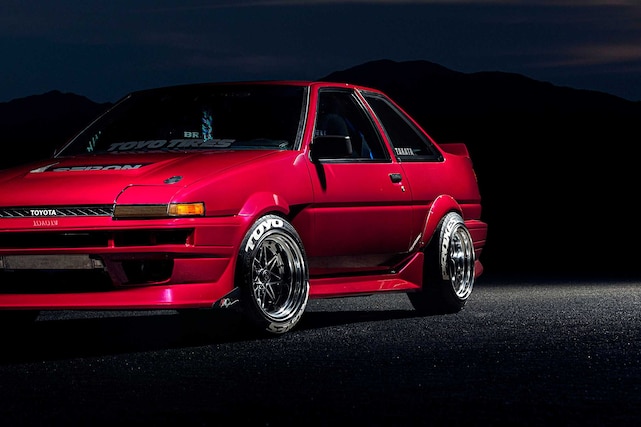 You would, too, if your SR20-swapped AE86 was sitting properly on Work Equips and donned Run Free aero all around along with one-off Rocket Bunny-esque fenders up front that were fashioned just before DTM Autobody sprayed the whole thing over.

This Corolla also handles as good as it looks. Underneath, Rene updated the Toyota's suspension geometry with control arms, shocks, a four-link kit, and a lateral bar all from Techno Toy Tuning that, out back, work alongside the old Celica-Supra rear end. It's all very purposeful and, if you get close enough to take a peek, is just as appealing as the Bride Zeta III seats and ARC shift knob you'll find inside and encapsulated by the Cusco rollbar. 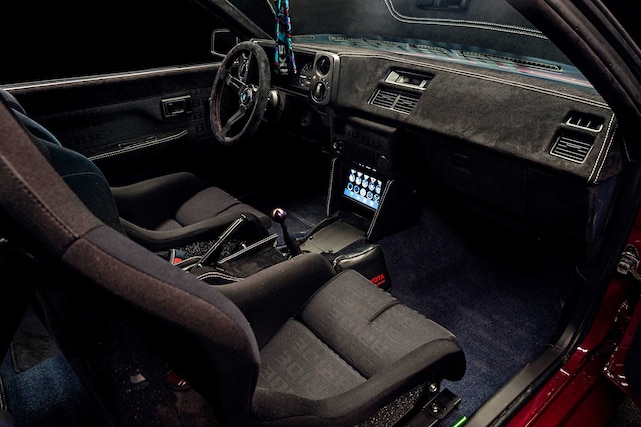 For Rene, owning one of Toyota's crowned RWD Corollas was bound to happen. "I looked at different cars like an S14, an SC300, and Toyota's MR2, but for some reason none of those [held] my attention," he says about doing his due diligence when it came to making sure the AE86 was the right car for him. All told, considering any of those, for Rene anyways, was really just a big waste of time. "I knew I had to get my hands on an AE86 one of these days," he says. "It was my childhood dream." And it was the Toyota-Nissan mash-up that couldn't not happen. Let's take a trip down memory lane to our February '09 issue. There's a candy-painted Evo X with all sorts of JDM goodies that belonged to...yes, you guessed it, Rene Viniegra. It's good to see you back in SS, Rene! 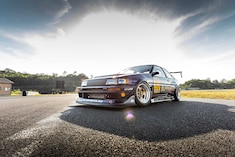