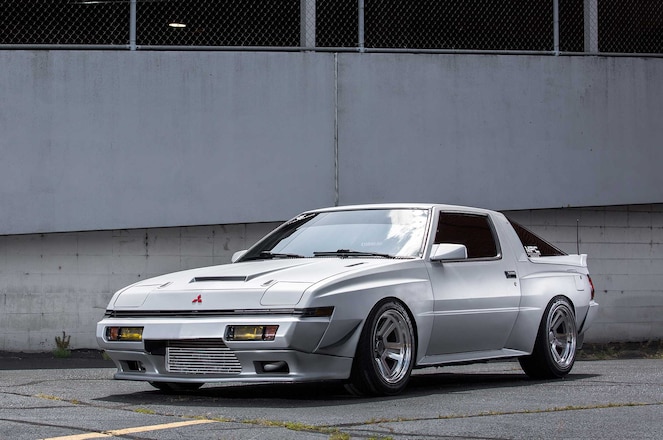 Last March, I traveled to Import Alliance Atlanta for the first time. It was easily one of the most well attended events I've been to in my career. What was most encouraging was the number of out-of-state enthusiasts who drove hundreds of miles to be in Georgia. I also enjoyed the huge diversity of cars—everything from your typical Honda and 240 builds to extraordinary Subarus and Kias. If you know me well, I'm a sucker for oddballs, especially when they're done to a tee. 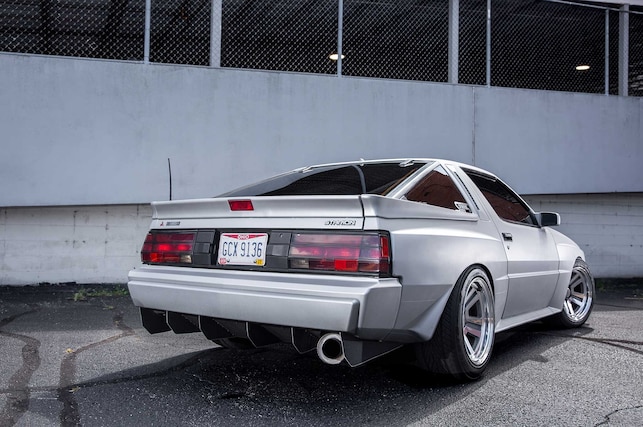 As I was leaving Import Alliance, I had to stop because I noticed this quirky, boxy, little coupe. It looked like something from the '80s, and upon closer inspection I realized it was a Mitsubishi Starion (also commonly known as a Conquest under the Chrysler, Dodge, and Plymouth banners). In its day, the rear-wheel-drive Starion was a dominant force in the SSA class of the SCCA Escort Endurance Championship series. It was also considered by many to be the Buick Grand National of the import scene. But seeing one in this day and age, in mint condition, was pretty damn cool. I went in for a closer look and discovered that owner Mikie Sorrell had done more than meets the eye. Under the hood was a very clean Toyota 1JZ swap that made 447 whp. It was a sleeper with modern-day appeal, and something even the cool kids could appreciate at Import Alliance.

I asked Mikie some questions to dig deeper and find out how in the hell he wound up with a Toyota-powered Starion: 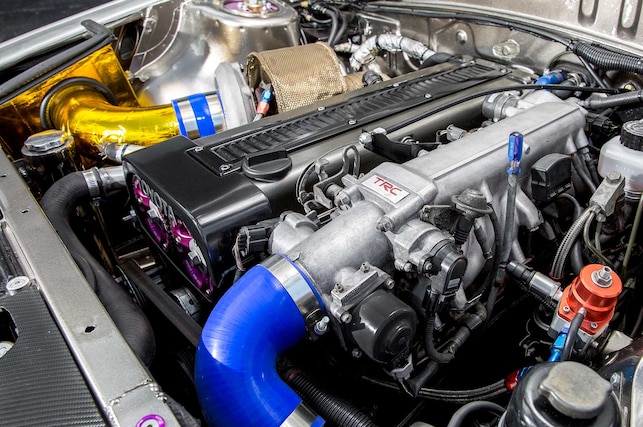 Super Street: So, a Starion, huh? Why?

Mikie Sorrell: When I was in high school, a friend of mine, Tanner White, had a black '88 Starion. I had never heard of one, so we went outside to look at it. At that moment, I knew I had to have one. It was so different than the rest of the cars from its era and so different from anything I had ever seen. I always wanted to build something unique, something I wouldn't see seven of on my way to get gas. I ended up buying my '87 a few years later. 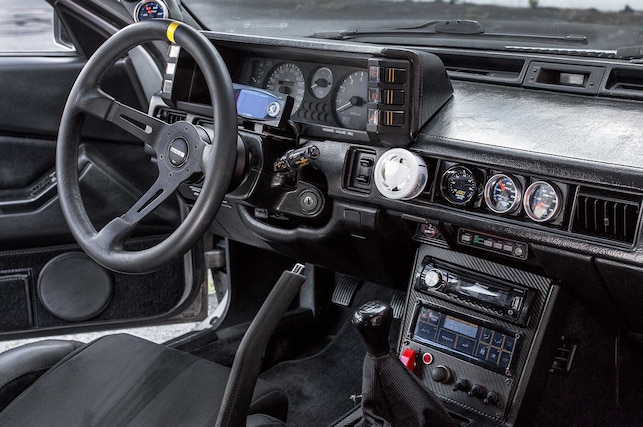 SS: Why did you pick Toyota's turbocharged 1JZ?

MS: I had modified the stock G54B engine in it originally. It was fun, but it was never really that fast. A few years later, I blew that engine up doing donuts in the middle of a four-lane street. I pulled the engine, sent it off to the machine shop, and had it built from the bottom up. I switched it from throttle body injection to multi-port injection, plus added a standalone. It still had problems after problems until I finally cracked the block in '12. It was then I knew I was done with the stock motor. I looked into LSx, 1JZ, 2JZ, RB, and even 4G63 swaps. I wanted to go 2J, but it was going to be quite a bit cheaper to go 1J...

SS: Gotta save money where you can - we hear that! So a 1J is a popular swap, especially among 240 guys. But how tough was it to physically swap into the Starion?

MS: It wasn't terribly difficult. The Starion, in my opinion, is one of the easiest chassis to swap an engine into. The only issue is no one makes any parts for them in general, and that definitely includes no swap parts. I got secondhand homemade engine mounts, but I had to make the transmission mount. I also had to move the radiator forward of the support and make the mounts for that. My good friend, Jeremiah, and I would work on the swap after work on Fridays and all day Saturday and Sunday. It only took us about 15 working days to get it done and running. 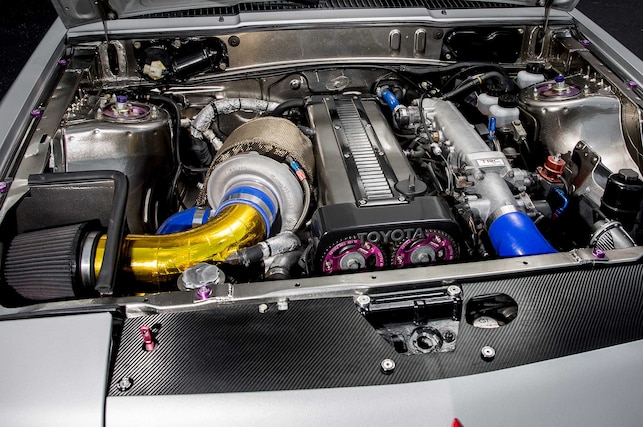 SS: What's some other work you did that most people probably wouldn't notice?

MS: The wheels were hand-sanded and polished by me. I built the diffuser with some scrap metal I had lying around. I modified the front fascia to get more airflow. I had never held a paint gun in my hand until I painted the engine bay—I was a nervous wreck, but it turned out awesome! The car also used to have a sunroof in it, but my friend in North Carolina, Britt Caulder, built a patch panel so we didn't have to remove the whole roof. 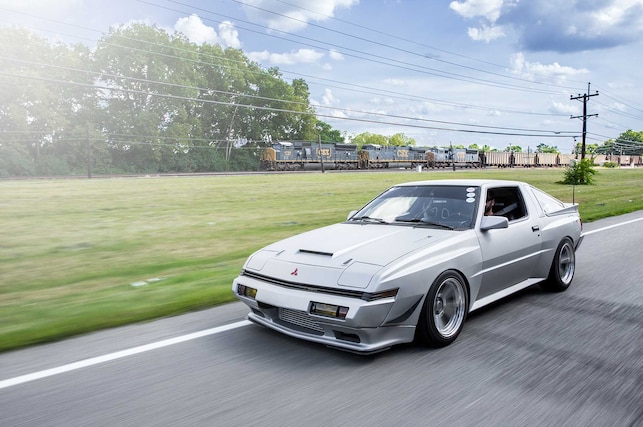 SS: Any other interesting stories?

MS: There are more stories than I could tell surrounding the car over the last nine years I've owned it. The 1JZ build has changed a lot since the first day it ran. There are a lot of stories that go with the few people who have helped me out, to just going and picking up the engine (12-hour round trip). The best thing about driving this car around is no one has a damn clue what it is, and the confusion gets worse when I pop the hood. I've heard everything from a DeLorean, Celica, Supra, Daytona, Porsche, Ferrari, Fiero, Fox body, and even had a guy say, "Nice Lamborghini!" at a gas station. 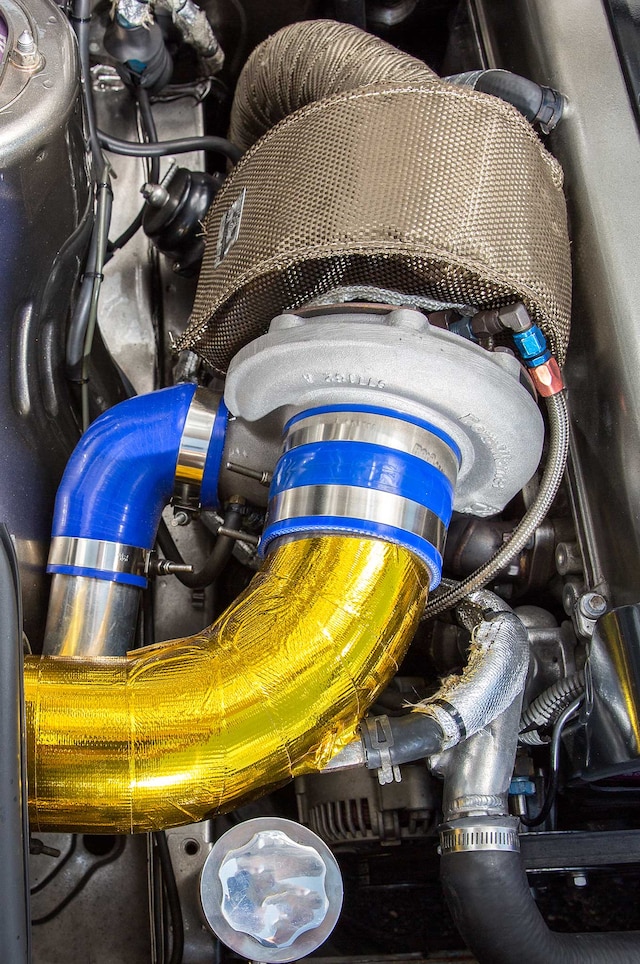 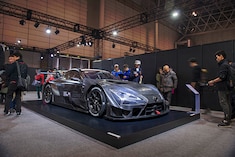 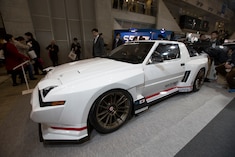