With more than 1,000 hp and a full interior, Maatouks Racing of Australia's 8-second Nissan Skyline might be the ultimate street-legal GT-R 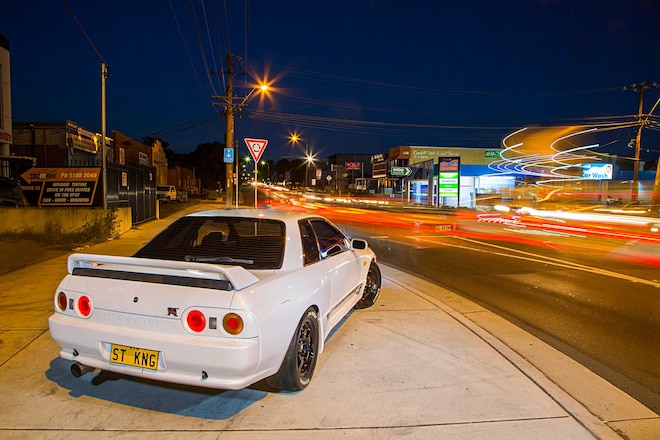 Look up videos of the world's fastest Nissan Skylines and it won't take long before you stumble across Maatouks Racing in Sydney. Once known for building some of Australia's quickest Holden VL Commodores using Nissan's straight-six RB30DET engine as a way to pass tightening emissions tests, owner Anthony Maatouks has since carved a niche for himself building a run of Skylines with 500+ lb-ft of torque. This car is the latest in the bloodline. 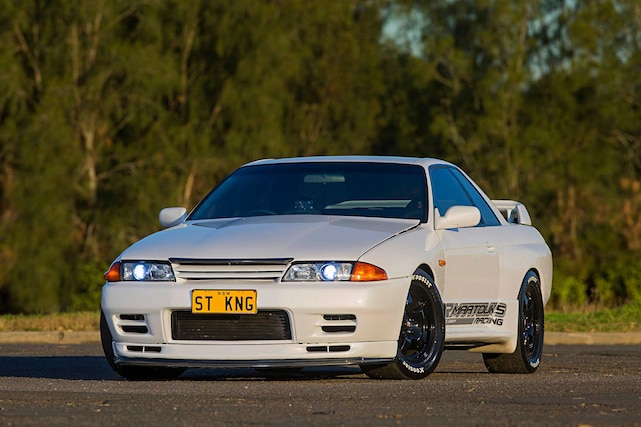 Don't let the near-factory bodywork fool you. Nicknamed "Street King," Maatouks built this car for Motive Drag Battle at Cootamundra Airport, an event defined by pushing the extremes—you need at least 800 rear-wheel horsepower to even be considered! Beneath that Crystal White bodywork, every part of this car is carefully chosen to go as quickly and reliably as possible.

Without even a shakedown test, Street King dispatched a quarter-mile time at Western Sydney International Dragway in just 8.51 seconds with a trap speed of 166 mph, setting out the foundation for what's been an impressive first year. "We've been going to Coota' for the last four or five years, and every year it gets better and better," he explains, un-hitching the hood to give a glimpse of what makes the Nissan tick. "Our clients love the events, and all the hard work feels worth it when they get to see the car going faster and faster. Some of them come out here every year." 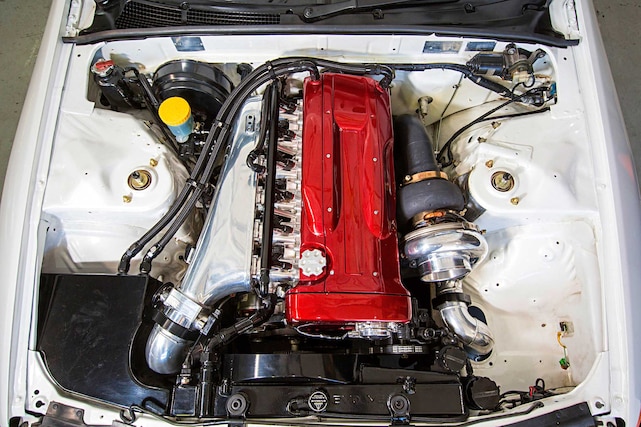 It's meant the team is so familiar with the RB26 that builds can be turned around quickly—not an easy task when you take in how neatly everything is installed in the bay. From an almost factory-spec R32, Street King took two months to mature into a record-chasing quarter-mile missile. The only corners cut during the build were the sleeping patterns of the guys working on the car. 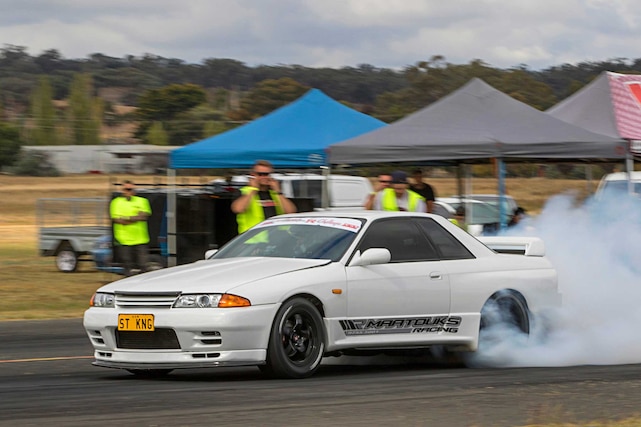 Predictably, for an older car, no two builds are the same, but the team knows exactly where to go for the right parts to make an RB26 produce huge, reliable power figures. That starts with extra capacity. Anthony picked a full Nitto stroker kit for the R32, a knife-edged crank, and tough I-beam rods to take it from 2.6 to 3.2 liters, matched to forged pistons. It's capable of producing 1,600 bhp and 10,000 rpm, and there's enough slack to avoid breakages, or to push the limits further if needed.

The top end of the engine is built in-house; a ported head fitted with uprated lifters, valves, springs, and Maatouks' own profile camshafts. It's groundwork for the huge 82mm Precision Turbo billet turbocharger bolted to the 6Boost manifold—a setup that only just fits inside the inner wing. Despite their size, both are designed for rapid spooling and lower revs, so there's still plenty of pulling power when street driving. The exhaust and boost pipework are bespoke, too, neatly plumbing the Hypertune inlet manifold and front-mount intercooler into the bay. An electronic valve means the silencers can be bypassed on the dragstrip, spitting fire out of the side pipe instead. 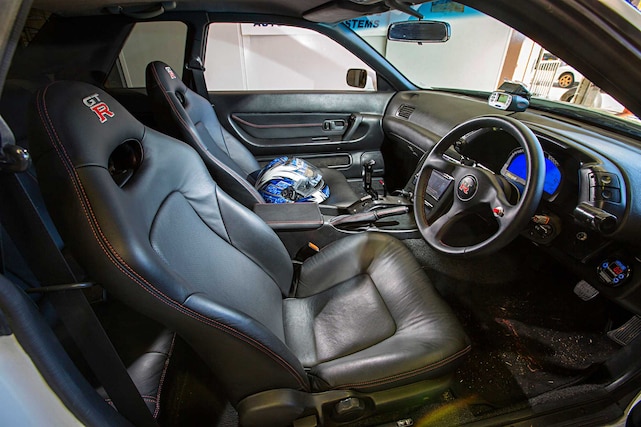 It's given the Nissan has a thirst for fuel that goes far beyond the standard management. Anthony creates his own maps for each car that goes through his workshop. In this case, he fine-tuned the combination of 2,400cc injectors and triple Bosch 044 motorsport-spec fuel pumps to deliver just the right amount of E85 into the cylinders. Know-how that often keeps him busy with customer cars long after they've left the workshop.

"Everyone wants to be the fastest and nobody wants to lose, so we try to give them our best," he says. "I'm the only tuner, so I go from car to car and log them. It takes a lot out of me when I go to events. There's always something to do!" 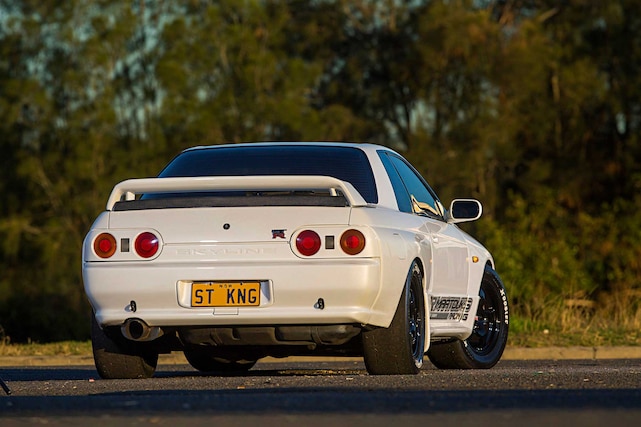 While it's not uncommon for drag-ready GT-Rs to run upgrades on the standard transmission, Anthony dipped into the workshop's VL Holden tuning days. On the other end of the joystick-like B&M shifter is a GM TH400 automatic, the Holy Grail of muscle car transmissions, paired with an uprated transfer box and tailshaft to take the extra power. As a sign of Nissan's over-engineering, the rest of the driveline end is still factory and has yet to show any signs that it's struggling to cope.

Fast quarter-mile times are less reliant on chassis upgrades than laps of a circuit, which means the specification elsewhere was kept simple—just the basics needed to keep it predictable for road use. Anthony opted for BC Racing dampers to match the lowering springs, while the standard brake calipers run DBA rotors and Endless pads. Although it's scrubbing off large speeds, after a run, they're never given repeated punishment. With more than a thousand horsepower under your right foot, you'd quickly run out of road. 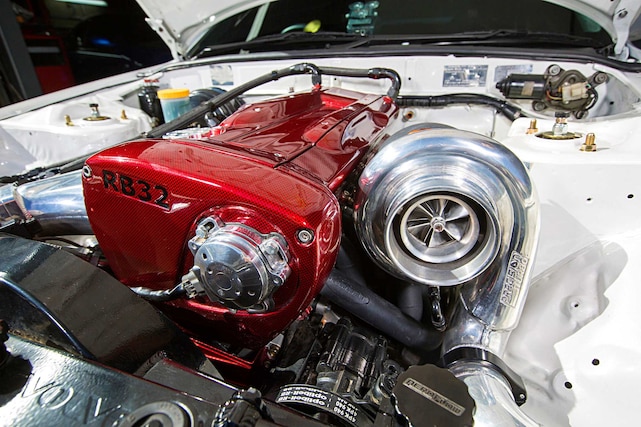 Standard brakes also meant the Skyline could use its original wheels, though the Hoosier drag slicks needed to translate its biblical power output to the asphalt were never on Nissan's options list. Unfortunately.

The added advantage of supercar-shaming performance is there was no need to strip the cabin down to bare metal. A full interior is an entry requirement at Cootamundra and, with a retrim in red-stitched black leather, the Skyline's record-chasing potential is only given away by the Turbosmart boost controller and Racepak digital instruments keeping an eye on what's happening on the other side of the bulkhead. Yet not only is it road legal, but it's comfortable and easy to drive. Signs of incredible attention to quality.

Of course, it has a dark side: "This car came in second in its class at Cootamundra," Anthony tells me. "It was only beaten by one of our customer's cars, from Victoria, but it's gone on to win the Roll Racing event at Sydney Motorsport Park three times. So we're happy with that, and there's more to come." 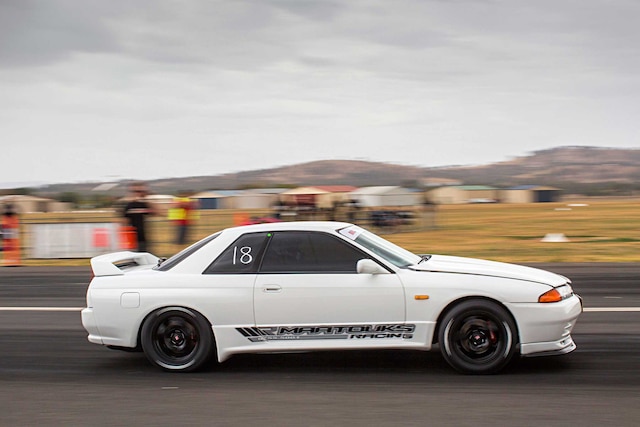 If previous projects are anything to go by, then he's not lying. Three decades after it first hit the highway, there's a not-so-quiet corner of Sydney that's showing we're a long way from the R32 GT-Rs limits. 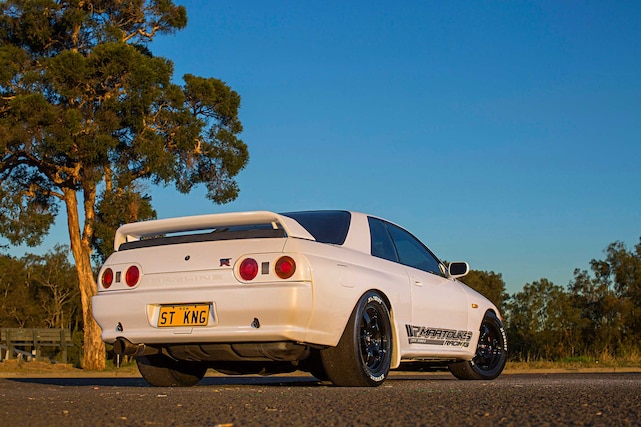 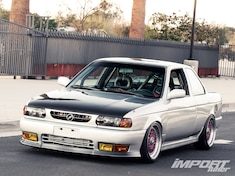 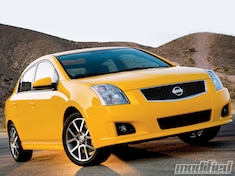 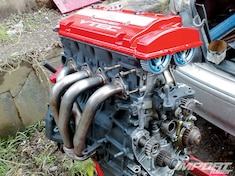 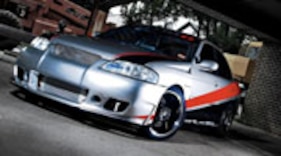 Readers Rides for January 2009 features a Nissan Sentra for the ride of the month, a 300hp Dodge Neon, as well as an EDM Honda Civic, Mitsubishi Evo, RSX, and more. Check it all out here in Super Street Magazine.