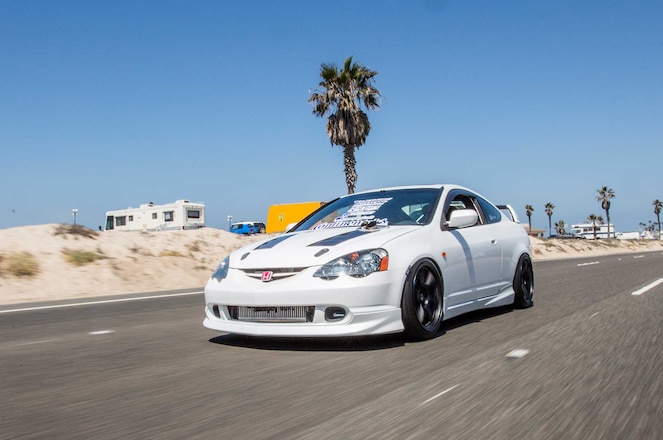 Ten years ago, Marshall Angel didn't really know all that much about building a Honda. He mobbed around in a Jeep Grand Cherokee, he'd never so much as thrown an intake on a car of his own, and he vaguely knew the differences between a K20A2 and a K20A3. And so what? 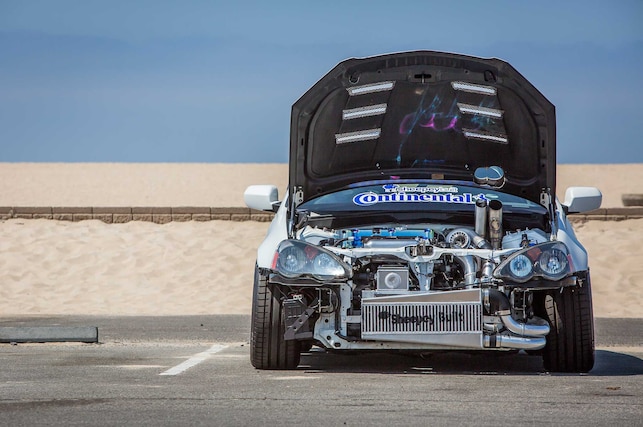 The RSX Marshall's since built up that displayed at the '15 SEMA Show and the 10-second quarter-mile that it'll soon be capable of proves that none of that matters. "I learned that the motor that came out of my specific car seemed to be the godfather of all K-series motors," he says. Spoken from the mouth of a bona fide rookie, Marshall's since gone on to figure out a whole lot more about Honda's K-series underpinnings than just being able to distinguish between its two interpretations of i-VTEC. And you've pretty much got to if there's any hope of you exhibiting whatever it is that you've built at the world's largest automotive aftermarket trade event.

"The biggest challenge," Marshall says, "was getting [the RSX] ready for SEMA." In a little over three months' time he did more to the car than you've done to yours in the last three years. New paint, a shaved engine bay, an overhauled long-block, and a custom-fabricated turbo system all happened about as fast as it's taken you to color coordinate all of those fruit-colored washers underneath your hood and figure out how exactly you'll position that JDM starter pack of decals along your back bumper. Marshall's Acura goes beyond sticker deep, too. Under the Seibon carbon hood sits a 2.4L short-block bolted up to the RSX Type-S' native top-end, both of which have been modified and stuffed with the sort of internals you'd expect of something able to handle one of Precision's 6262 turbos. 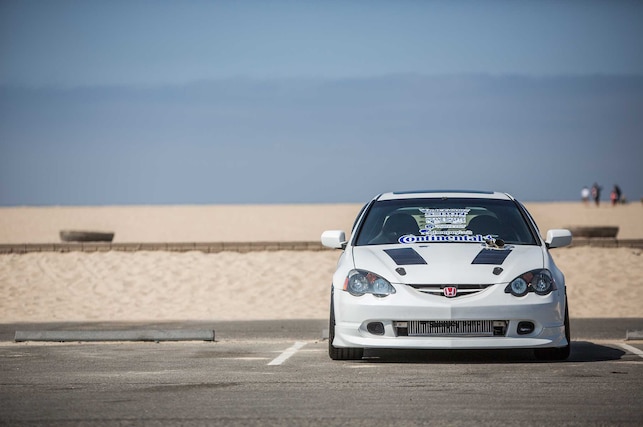 The rest of the car doesn't disappoint, either. RAYS Gram Lights, AP Racing brakes, and Type R Recaros are all indicative of the sort of cars Marshall's side venture, Raceworz, attracts, an organization he co-founded that combines drag racing, car shows, audio competitions, dyno testing, and more all into a single event. "After years of throwing local meets and small dealership car shows," he says, "it's evolved into something much, much bigger." Don't call Raceworz a show and don't call it a drag race, though; ask Marshall and he'll tell you "it's an experience." 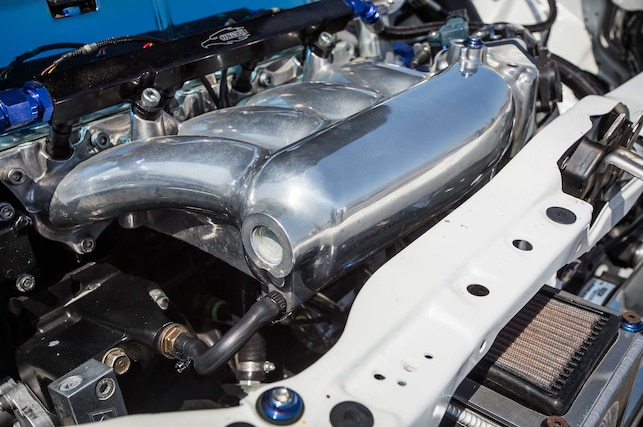 Given Marshall's involvement with Raceworz and the sort of RSX he's gone on to produce, and knowing that this is the first car he's ever modified isn't an easy thing to grasp. "I've helped many friends and others with their builds, including my Raceworz partner's S2000," he says, "but the RSX has been the only car I have personally owned and modified." And yet you'd never assume such a thing. 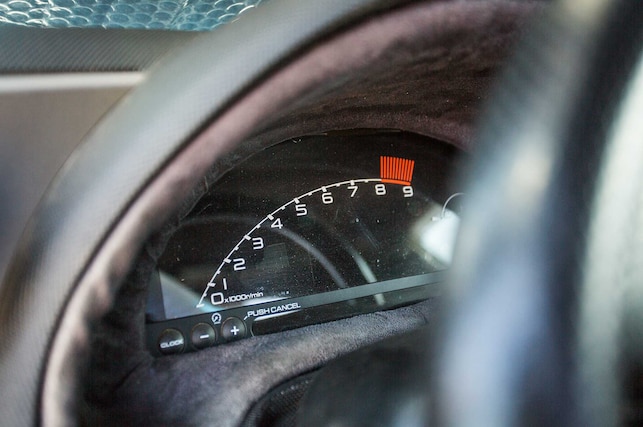 But Marshall isn't taking all the credit. Although he'd handled the RSX's original engine rebuild, local K-series expert Jose Hernandez was brought in to assemble the new, larger-displacement engine that was designed to push the Acura into 10-second territory. Paintwork, electrical bits, and the custom turbo system were all also farmed out to the appropriate experts in an effort to get exactly what he was looking for. "A lot of the work and parts installation was done by me personally in my garage or at Sheepey Built." The results are an RSX of the sort of caliber you're probably not used to. "I decided to finish this build and take it to a whole new level for a couple of key reasons," Marshall says. "The RSX community has diminished and seems to be comprised of mostly younger kids without much income to mod them." At least that's how Marshall reasons why he hadn't seen nearly as many well-rounded entry-level Acuras for the few years leading up to his build. "I felt I needed to build an over-the-top car in some regard."

Just like the Civic hatchback you've modified beyond its limits that you told your mother wouldn't get so much as some lowering springs and an intake, Marshall's RSX wasn't supposed to end up this way. "My intent for the car was to daily drive it and lightly modify it with an exhaust, intake, wheels, and suspension," he says. "That evolved when I first started seeing turbo RSX builds [online] and finally getting to drive in a friend's [turbocharged], K-series-swapped hatch. It really sent me over the edge with a bug to mod the car." This isn't the first time boost has had that sort of effect on someone. 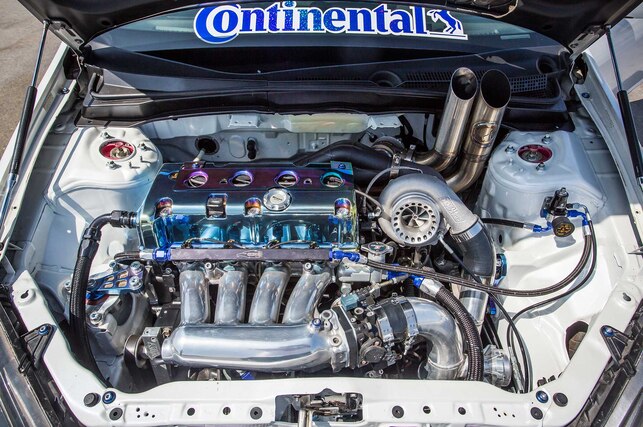 For Marshall, there was never any question about whether or not he'd end up with Acura's '02-and-up Integra-replacement. "The car was chosen by me in the early '00s when I first saw the Acura RSX commercials on TV," he explains. "The only other car I wanted was an EP3, but I ended up finding an '02 RSX in white, which is the exact one I wanted." Other than that Jeep Cherokee that got in the way, the whole thing worked out pretty much as he'd planned. 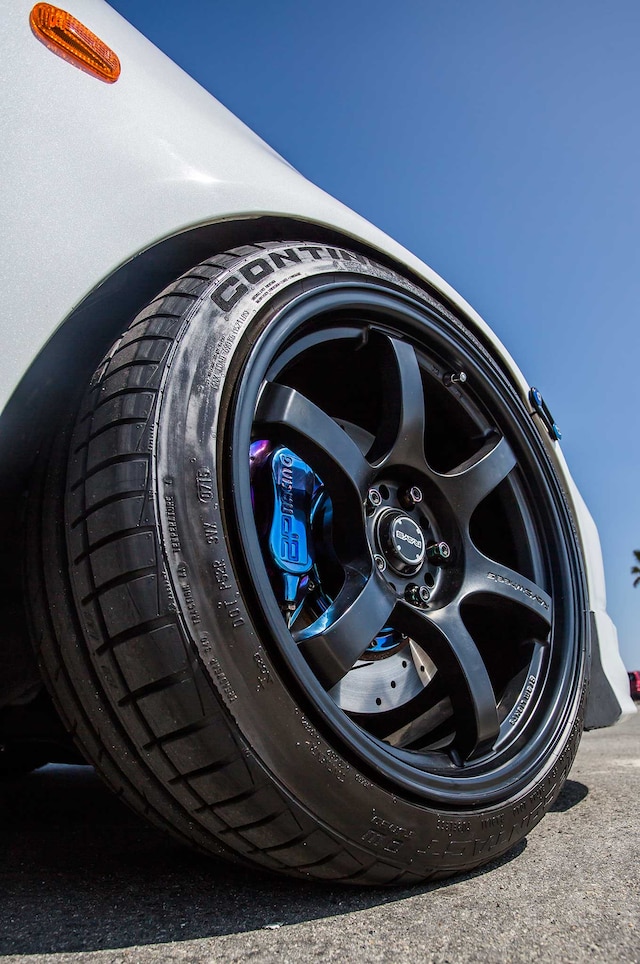 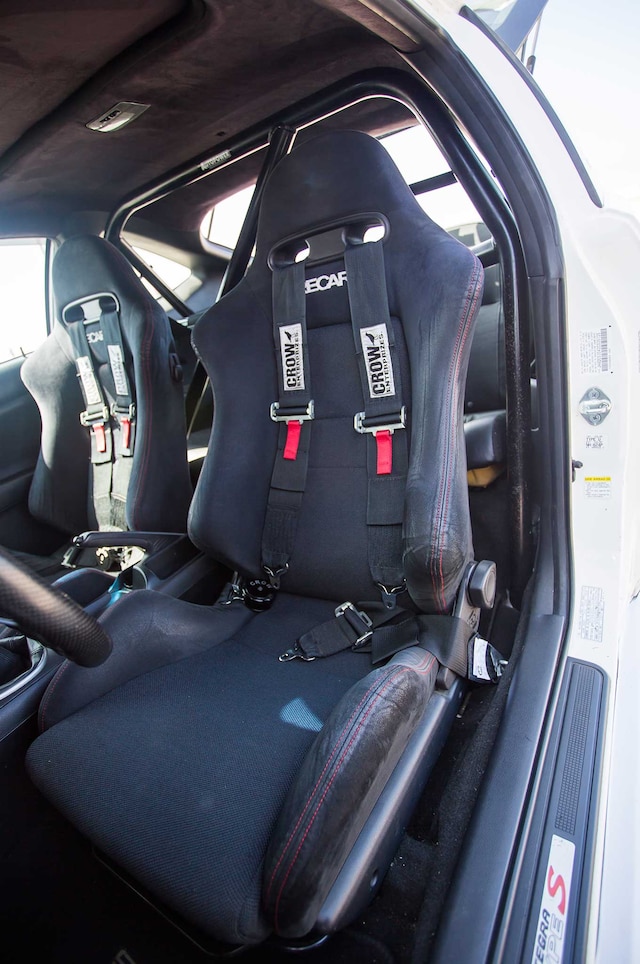