6 Things to Know About the '17 Subaru Impreza

An entry-level Subie that might be right up your alley 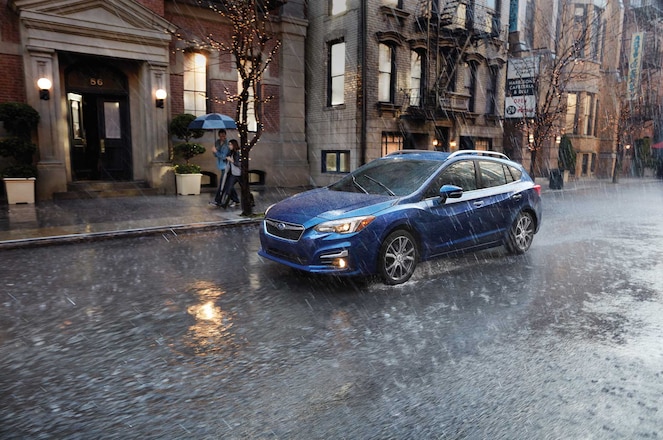 Let's start by throwing a couple of Subaru-related questions out the window. First off, there won't be any WRX or STI talk here, but rest assured a new generation of your favorite all-wheel-drive Subaru is in the works, and things like its design language will be based off this Impreza. Secondly, this new Impreza doesn't affect anything on the BRZ side of the Subaru world. But rest assured, we'll have an in-depth review of the U.S.-spec BRZ Performance Package shortly. 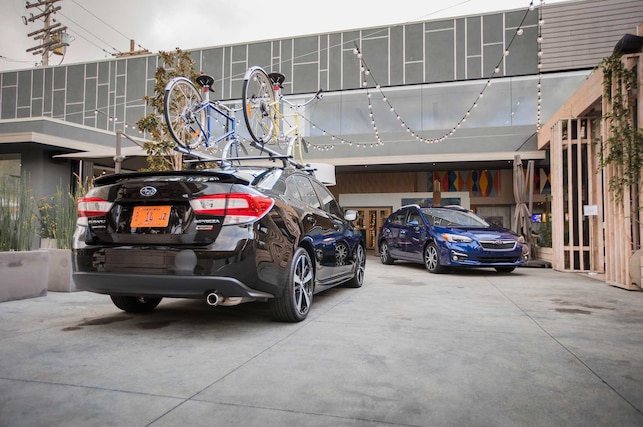 Photo 2/7   |   Available in sedan or five-door, it's also available with a roof rack for you adventure seekers!

So the million-dollar question is, what's so interesting about the new '17 Impreza? Well, for starters, the Impreza is Subaru's moneymaker, accounting for more than half of the brand's North American sales. There are also some things about the Impreza that might make it enticing to performance guys like us, especially if you need something that's more practical than that overly loud STI parked in your driveway. So if you're in the market for a daily driver that's sensible, affordable, and all-wheel drive, then let's take a look at these six things: 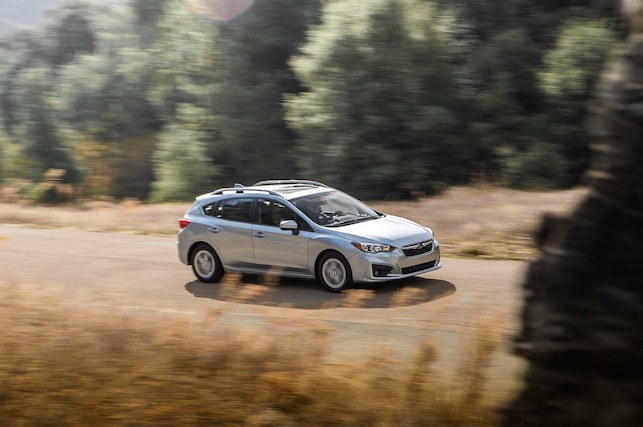 1. Handling: The new Impreza is built on a solid platform that's more rigid and stiff than the outgoing model. Components like stiffer shocks, new joints, higher strength steel, a rear stabilizer bar, and beefier joints are to thank. We're also fond of the quicker 13:1 steering ratio—essentially the same ratio as the BRZ. Put it all together and you have yourself a great handling vehicle right out of the box. We can attest after pounding it through twisty canyon roads near the U.S.-Mexico border. Let's just say we were throwing the Impreza around as hard as if we were on the track! 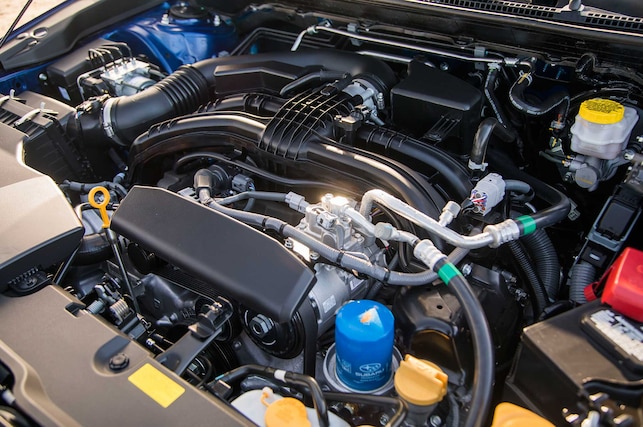 2. Technology: The coolest feature we tried on the Impreza is the Adaptive Cruise Control. It's nothing new to the world, but Subaru has seemingly perfected it on its new Impreza. In stop-and-go traffic, we didn't even need to use the pedals once! Probably not what Subaru recommends, but it worked like a charm.

3. Interior: If there was a weakness in the past Subarus I've driven, it was a lackluster interior. We can now report that the new Impreza's design and feel have finally received that much-needed makeover, especially in the Sport trim. There's a nice flow from the seats, instrument panel, and center console. The steering wheel is worth the upgrade in Sport as well. Let's not forget Subaru has finally adopted Apple CarPlay, features a standard 6.5" display (8" upgrade available), and has overall improved the quality of its stereo system. And as weird as it sounds, the new Impreza is also the first Subaru to offer a premium Harmon Kardon upgrade. Yes, Subaru, we care about our tunes! 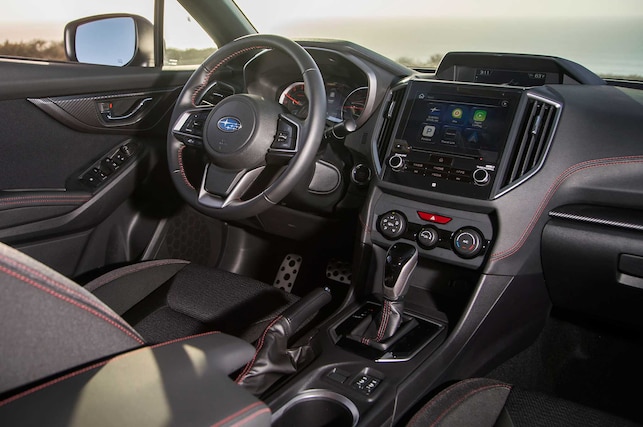 Photo 5/7   |   Impreza interior receives a nice makeover, especially in Sport trim with a sleeker steering wheel and all that red stitching.

4. Adequate Power: The power in the new Impreza isn't anything to brag to your friends about, but it's there when you need it, especially when passing cars that are holding you up in the fast lane. Don't expect to get anywhere fast past 80 mph, though, or get anywhere in a hurry from the stoplight. We also tested the CVT tranny with paddle shifters and it's not as hesitant as you might think. 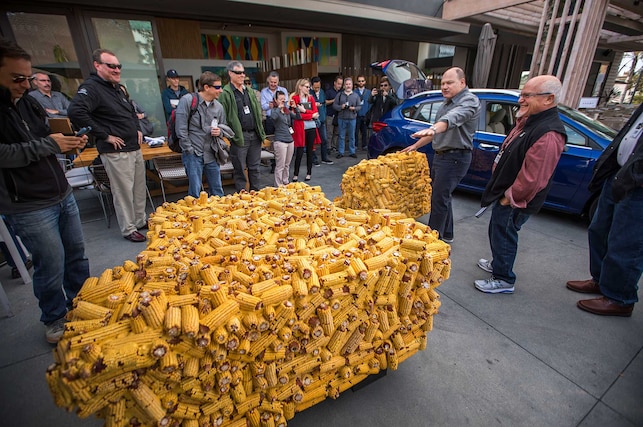 5. Born in the USA: This is the first Impreza to be built in our own backyard in Indiana. Gotta feel good about that! Also, 95 percent of the car's components are new. This is all part of a master plan, as future Subaru models will share similar components for better efficiencies.

6. Price: You can buy a Honda, Ford, or Volkswagen with a similar spec list and feel, but none of them will be all-wheel drive! The Impreza starts at $18,395, and for all the bells and whistles, it'll cost around $24K. 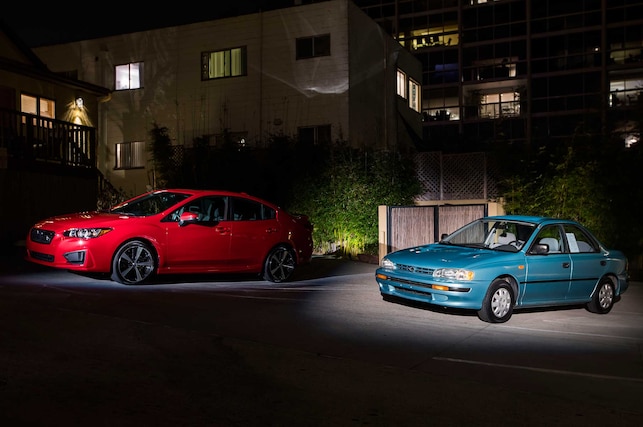 6 Things to Know About the '17 Subaru Impreza
Photo /