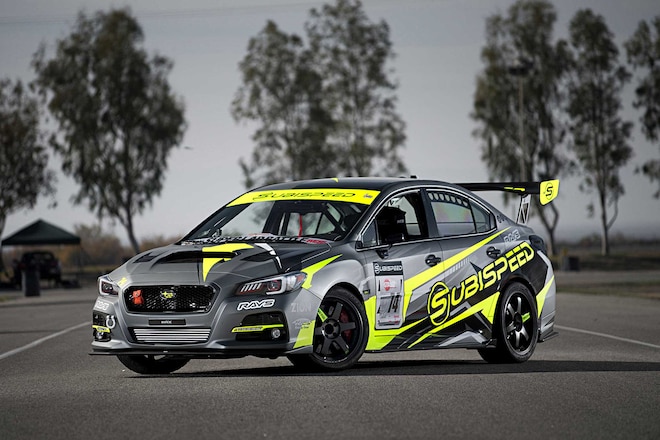 It is said time should not be wasted, but savored. That's mostly true, except when it comes to racing; when racing, not only should time be killed, every fraction of a second should be mercilessly slaughtered. And if one wants to effectively terminate seconds, they will need a proper weapon. 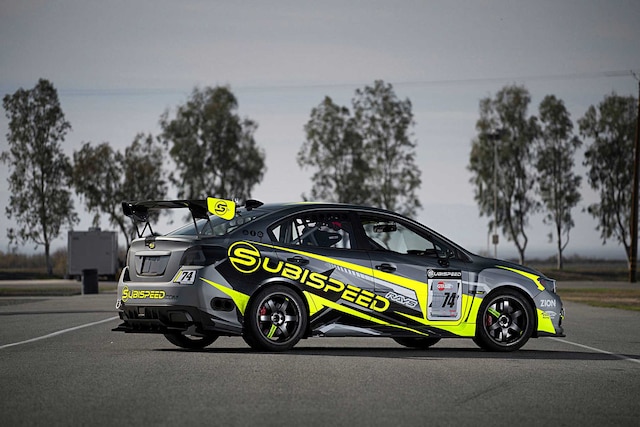 No one knows this better than Jeremy Boysen of SubiSpeed in Des Moines, Iowa. Jeremy and his team enjoy hunting seconds for sport at time attack events all over the country. As you may have guessed from the name of his shop, Jeremy's weapon of choice is the Subaru WRX. The particular example you see here is a 2016 model purpose built for time attack battles. Jeremy picked up the all-wheel drive at an auction with a salvage title, which it earned due to a frontal collision that was just hard enough to cause all the front airbags to deploy. However, the car was still in pretty good shape structurally, according to Jeremy, so fixing it was fairly simple.

With some light bodywork out of the way, Jeremy had the blank canvas he needed to forge a millisecond-slaying beast. Things started where you would expect them to: the engine. While the FA20DIT engine block and internals are stock, it's been given many bolt-on assistants to increase its potential. The stock turbocharger was replaced with a unit from Precision Turbo and paired with a ETS turbo manifold featuring an external wastegate. Keeping the forced air cool is a front-mount intercooler set up from TurboXS. A blow-off valve from Perrin protects the turbo from compressor surge while emitting a sound that makes people like me giddy. A radiator and oil cooler from Mishimoto manage the temps of vital fluids. Exhaust gasses are sent packing via a SubiSpeed J-pipe and SubiSpeed custom side-exit exhaust. All the engine mods equate to 400WHP on E85 fuel with its current tune. However, Jeremy vows his team will be looking for more power in the near future. 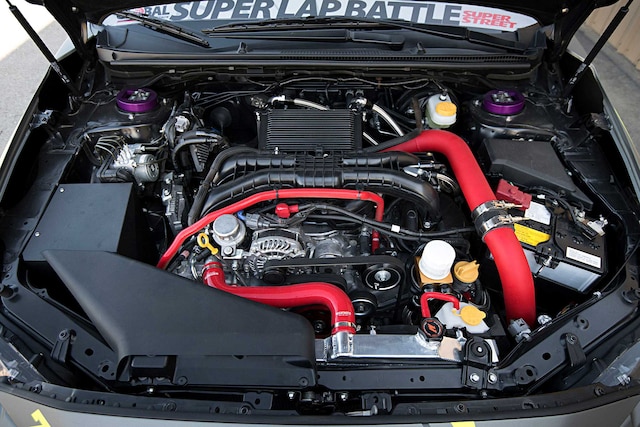 Inside the car, a Boomba short-throw shifter with a Perrin short-shift adapter reduce the time spent shifting gears, thus murdering more time. A SubiSpeed custom roll-cage, built by their in-house fabricator, keep pilot and passenger safe in a worst-case scenario, plus add rigidity to the chassis. A Sparco Ergo seat with six-point harness (also by Sparco) further assist with safety. Slowing the car down to hunt apexes are AP Racing brakes with six-piston calipers in the front and four-piston calipers out back. 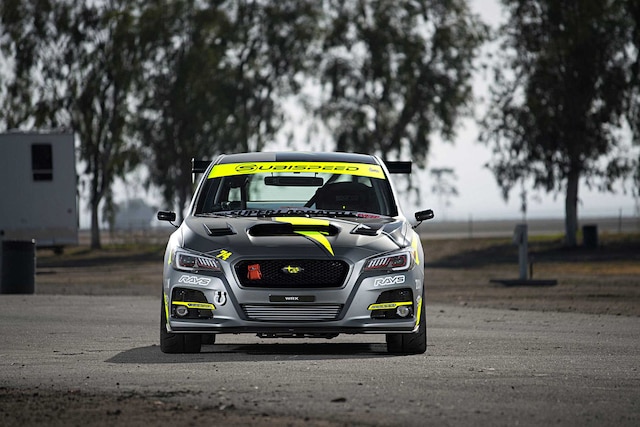 The brakes live inside a set of 18x9.5-inch Volk Racing TE37 SLBK2 Special Edition wheels wrapped with Toyo R888-R 265/35 tires. The WRX's footwork is managed by a set of KW Clubsport coilovers, and a Racecomp Engineering sway bar kit keeps body roll to a minimum. Alignment can be adjusted via Velox rear lower control arms and toe arms.

While the exterior may seem a bit subtle, there are actually a ton of modifications — too many to list here actually; one of the standouts is a JDM Levorg front bumper conversion including an STI lip. SubiSpeed made the LED headlights, smoked "TR" taillights, and F1-style rear brake light. In fact, the LED headlights are actually prototypes that may make it to production soon. 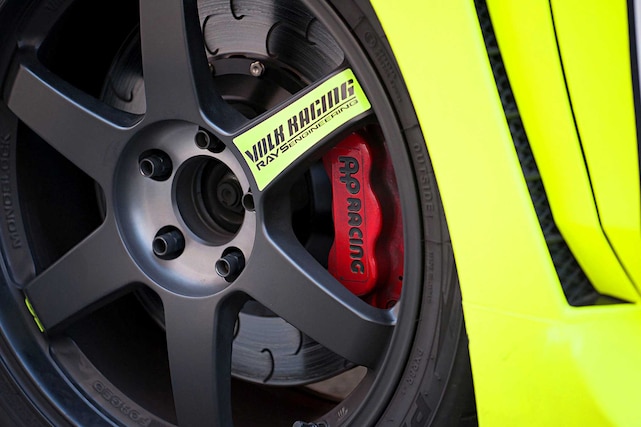 If this car looks familiar, it might be because you saw it at the 2016 Super Lap Battle x Global Time Attack finals; piloted by driver Yo Keutla, the SubiSpeed WRX managed a fast time of 2:04:531 in the Limited AWD Class — a respectable result considering it was the car's first outing and had just been completed before the event. You also may have seen it on display at the 2016 SEMA Show, where it was posted up in the midway between North and Central Halls. How about that? A time attacker with enough polish to be a show car, hiding from everyone the killer inside — now that's the kind of racecar we can all get behind. 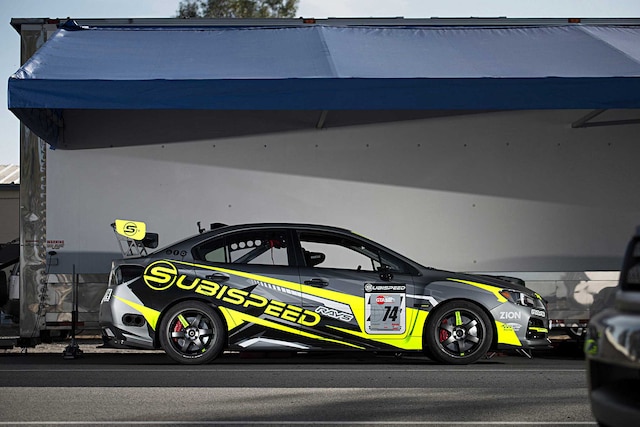 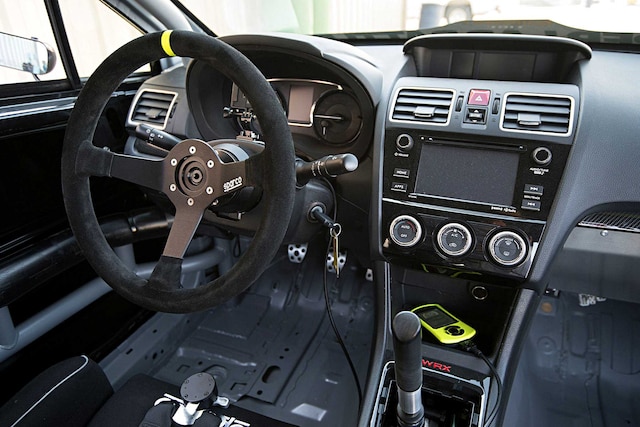 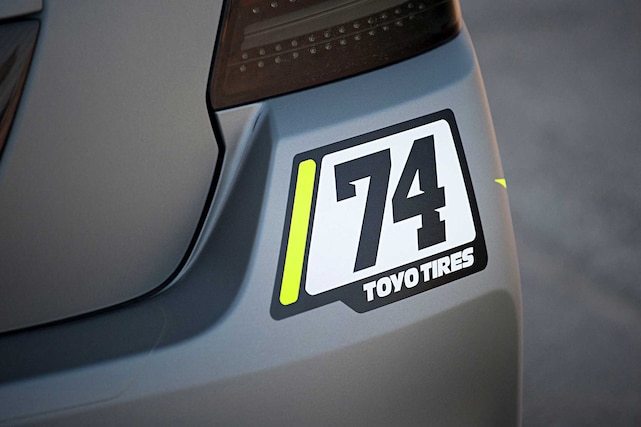 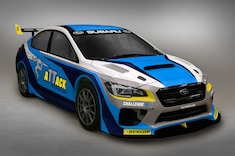 Mark Higgins to Attempt Record-Breaking Run at Isle of Man

Mark Higgins will return to Isle of Man this year in an attempt to break his own record set in 2014. 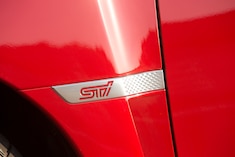 Based on the new Subaru Global Platform, we hear the next Subaru WRX STI could feature a hybrid powertrain. 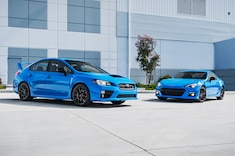 Subaru will be offering a limited-production run of 2016 BRZ and WRX STI models in their new color, Series.HyperBlue.