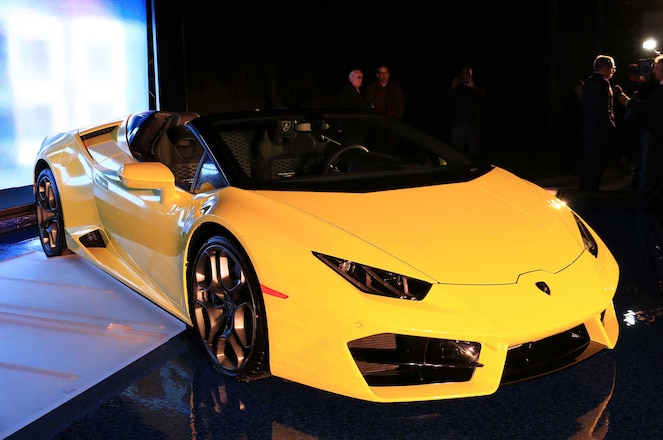 If there's one city in the world where it makes sense to unveil a Lamborghini roadster in the middle of November, it's Los Angeles. Temperate climate aside, California is one of the Italian automaker's biggest markets, particularly for open-top variants. 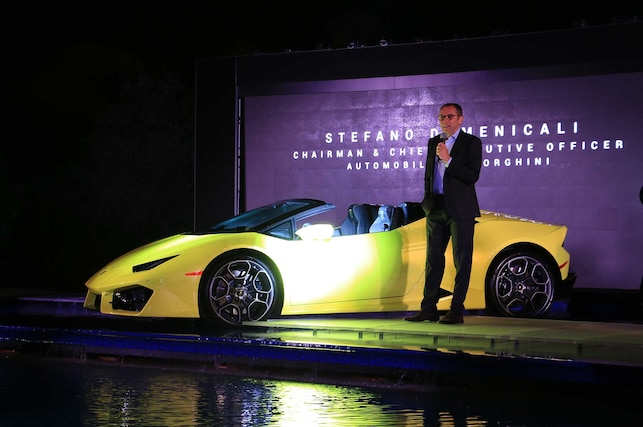 Serving as the fourth entry into the Huracan lineup is this LP 580-2 Spyder. As the name implies, this version takes the Spyder body, which was previously only available with the all-wheel-drive LP 610-4 hardware, and mates it with the mechanicals of the LP 580-2 coupe.

Although output is slightly reduced in comparison to the AWD models, the LP 580-2's party trick is it allows for dramatic rear-wheel-drive power slides and far more general hooliganism than its buttoned-down all-wheel-drive stablemates. Reductions of both weight on the front end of the car and the bottom line at the time of purchase don't hurt, either.

Like the coupe, the rear-drive convertible gets uniquely tuned suspension components versus the LP 610-4 models, along with specially calibrated traction and stability control software that allows for some rear end theatrics before reigning in the fun.

Despite the drawback of additional weight that's common when chopping the top, Lamborghini says this new rear-drive Huracan Spyder boasts a relatively svelte dry weight of 3,320 pounds, which is split 40:60 front and rear. Although that's a jump of more than 250 pounds from the LP 580-2 hardtop, it's still 330 pounds lighter than the LP 610-4 Spyder. 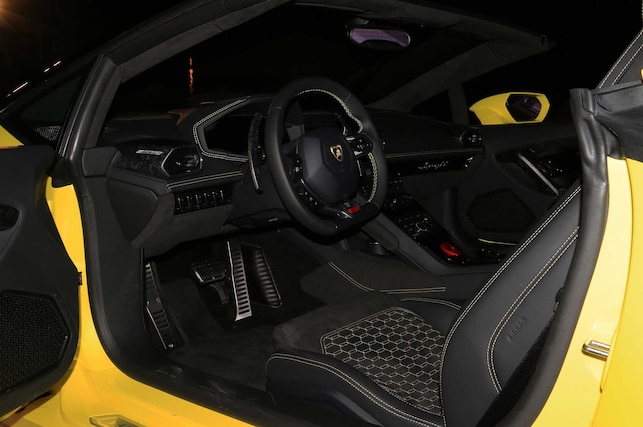 Like the coupe, the rear-drive convertible gets uniquely tuned suspension components versus the LP 610-4 models, along with specially calibrated traction and stability control software that allows for some rear end theatrics before reigning in the fun.

Dropping the top takes 17 seconds from start to finish and can be performed at up to 31 mph. When the top is safely stowed away, a pair of fins elevate out of their B-pillar hideout to give the Spyder its distinctive silhouette, while an integrated ducting system helps to reduce air turbulence in the cabin when the roof is retracted. 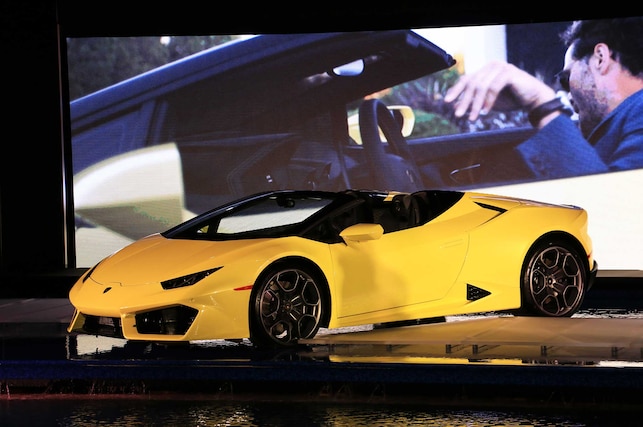 On sale by the time you read this, Lamborghini had yet to give definitive word on MSRP but the price will land somewhere in between that of the rear-wheel drive LP580-2 coupe and the all-wheel drive coupe model, which places it somewhere a bit north of $200,000.