Jon Sibal - It All Starts With A Rendering 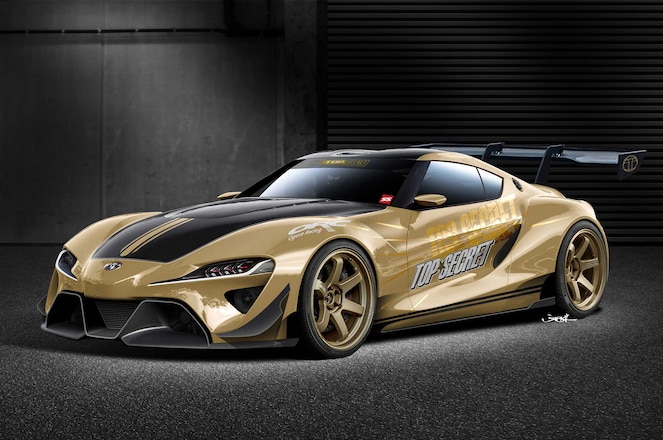 "What if? ..." "How about if it had those wheels?" "Maybe if it was this color?" "Do you think the vents should look this way?" — all questions asked when a car builder visualizes how he or she wants their end project to look. And all questions Jon Sibal can answer.

Jon is not just any professional artist/illustrator. He started his career drawing for comic books freehand and has since moved on to become one of the most recognized, creative, and inspirational illustrators in the automotive world. Car builders use him as a tool to help visualize their dream builds, while we're certainly convinced OEMs have borrowed ideas from his amazing onscreen creations to help with their own designs. And Jon's not just a talented man in front of a computer; he's also a car builder at heart. Locked away in his garage is a widebody BMW that we consider to be one of the best E36 builds in history, while his Dodge Challenger might just be the first domestic openly accepted into the import community. Today, you can find his super-clean RWB Porsche at local shows in Southern California or at the next Cars & Coffee in Orange County.

Yes, Jon is man of many talents and an industry icon, which is why we thought it'd be appropriate to take a look back at some of the renderings he's done for us over the past few years — some actually came to fruition, while others we're still hoping to build one day. 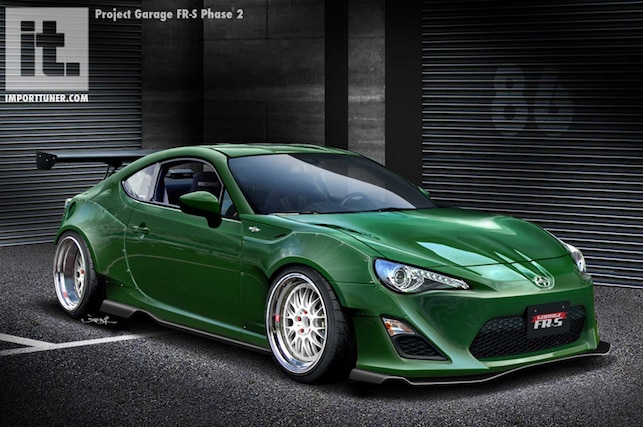 Together with our late sister magazines, Import Tuner and Modified, we were one of the first Scion FR-S builders to install a Rocket Bunny kit back in 2012. And with the help of Jon, it was a no brainer to paint our "Ratchet Bunny" British Racing Green and throw on some white 18-inch BBS E88 wheels. 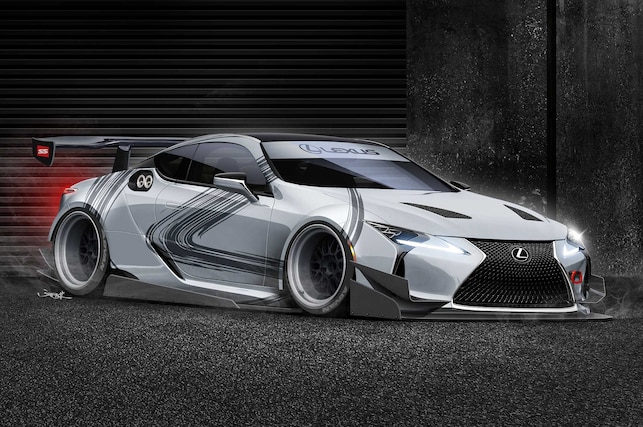 The new 471hp 2017 Lexus LC500 is simply a beauty in person, and it goes on sale this June starting at $92K. We caught a glimpse of a modified one from Gordon Ting at the last SEMA show; however, here is our rendition of how a full Time Attack-themed LC would look, infused with some serious aero modifications. 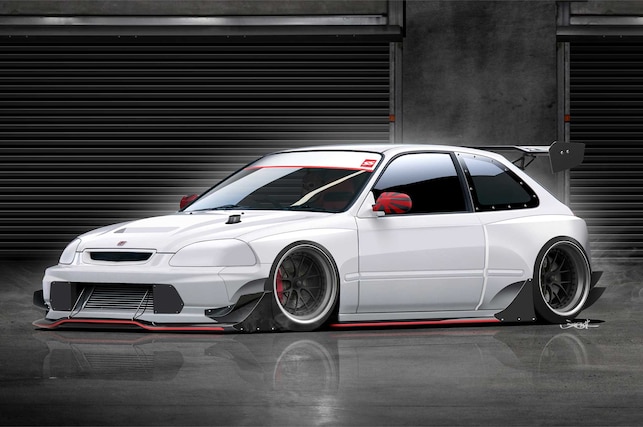 This is a modern interpretation of one of the scene's most popular hatchbacks, the EK Civic. Jon added a box flare-type widebody kit, similar to what you'd see done by FEEL'S. He then added a Kanjo racer look, complete with a Jason ski mask hanging from the rearview mirror. 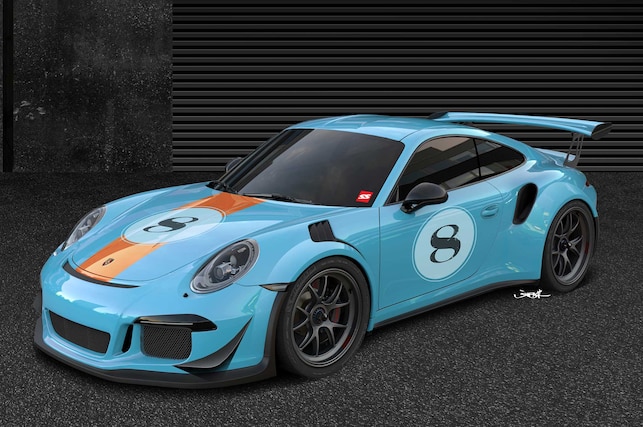 If we won the lottery tomorrow, one of the cars we'd go out and buy is a 991 GT3 RS. And with the help of Jon, we envision a widebody kit with carbon-fiber canards, center-lock BBS wheels, and Gulf livery. 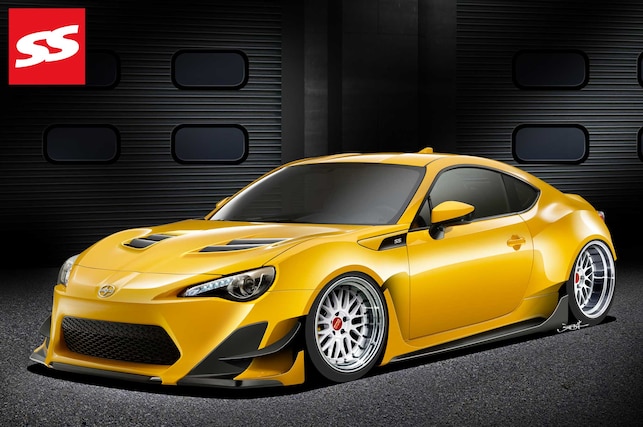 When we were invited to compete in the 2015 Scion Tuner Challenge, it was a no brainer to hit up Jon for his expertise. He helped us visualize how to take an FR-S a step further with a modified and molded Rocket Bunny kit, BBS LM wheels, and yellow paint borrowed from Scion's Release Series. The final result was nothing short of amazing and we built the FR-S to resemble the rendering nearly to a tee. 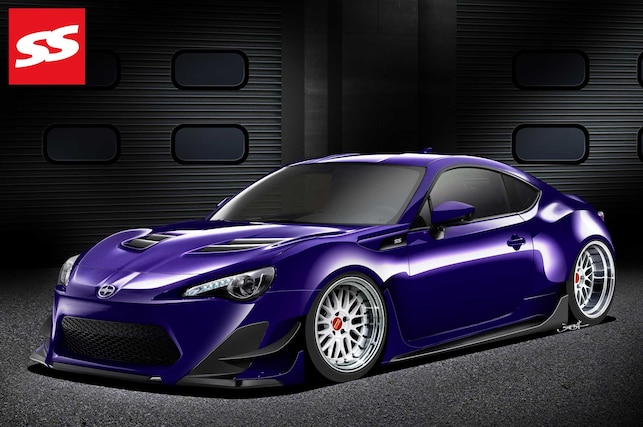 For shits and giggles, here is an alternate rendering of our Tuner Challenge FR-S in purple, the other color we thought of going with. 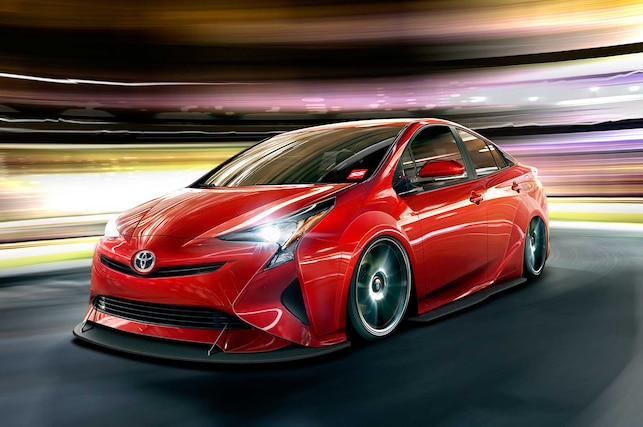 How could we make Toyota's boring hybrid badass? By working together with Jon, of course! When the second-gen Prius came out, we had Jon add flares, a lip kit, carbon-fiber front splitter and new wheels. He also smoked the headlights and deleted the fogs. Not bad for a hybrid, right? 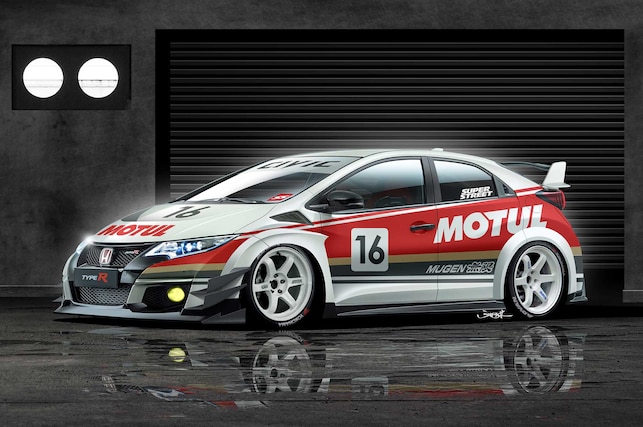 While the previous-gen Civic Type R was never sold outside of Europe, it didn't mean we didn't have dreams of owning and building one. Jon helped us mock up our ultimate Euro Type R with the legendary Motul/Mugen livery. 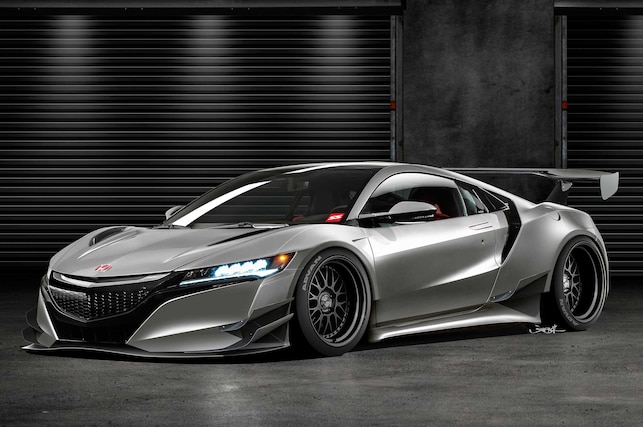 The new twin-turbo NSX hybrid is easily one of the best and most rewarding cars we've driven this year. Here is our rendition of a Time Attack-themed NSX featuring pearl paint, a redesigned front bumper, matte black wheels and carbon-fiber accents throughout. 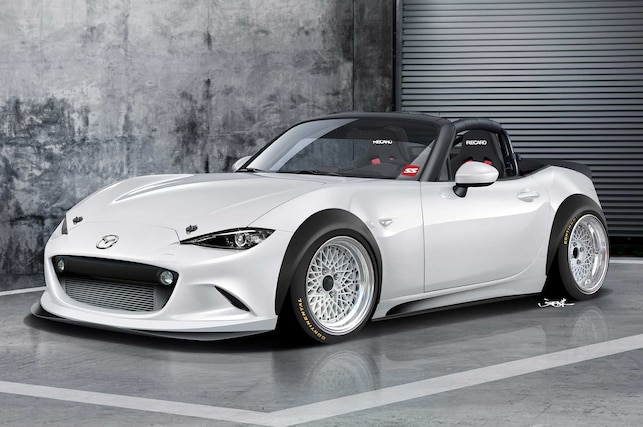 We sent a proposal to Mazda to build this MX-5 when the ND first came out. It was our idea of the perfect fourth-gen Mazda roadster. White paint, flares, a new kit, carbon rear wing, deep dish SSR wheels, rollcage, integrated fog lights, and a turbo kit — it had the recipe for stardom. Unfortunately, Mazda never got back to us and we're still daydreaming about building this MX-5 for SEMA one day... 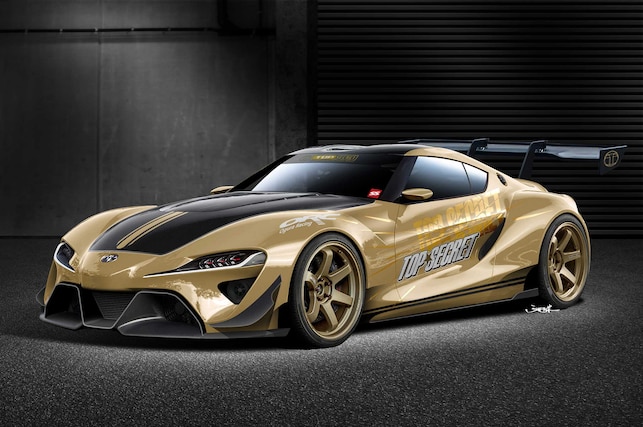 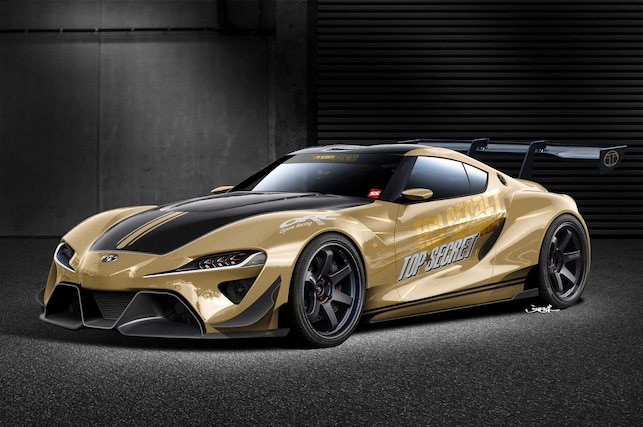 Spy shots of the new Toyota Supra have recently surfaced ... It appears it won't totally resemble the sexy FT-1 Concept Toyota revealed years ago, but here's a look back at our Super Street spin on the concept. Borrowing cues from Top Secret of Japan, Jon used his magic touch to add widebody fenders, a new bumper, canards, rear wing, TE37 Ultra wheels, a carbon hood, and, of course, Top Secret's signature gold paint and livery. We couldn't decide which color TEs to go with so Jon handed us two versions. 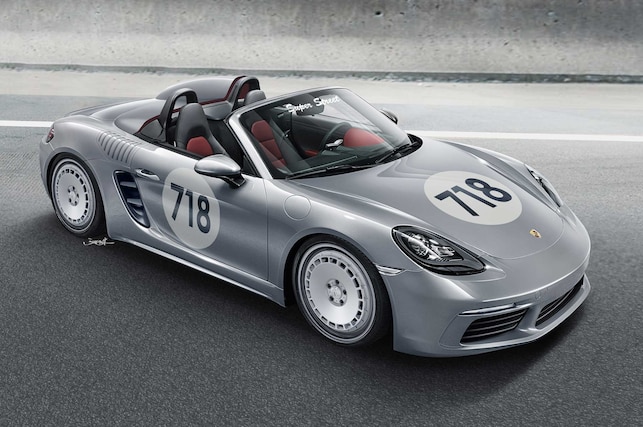 Last but not least, here's an unreleased rendering from Jon of the latest Porsche 718 Boxster. Inspired by the original 718 with the convertible Tonneau cover, louvered quarter panels, decals, and retro-styled fifteen52 wheels, we wouldn't mind bringing this car to life either. Ahem, Porsche — can you hear us now?

Jon Sibal - It All Starts With A Rendering
Photo /