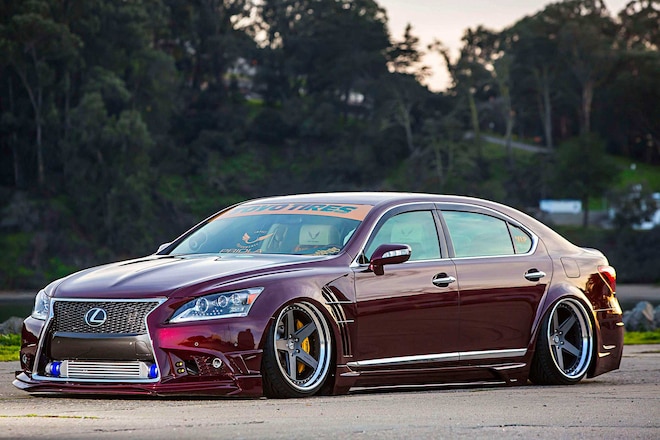 "I've always had a love for big body sedans," Nat Huynh begins. "There are numerous big body chassis available, but the LS is king above all. The reliability, ride quality, and comfort are great." It is with that mind-set that this Lexus LS 460L project began, although initially, things were pretty simple. 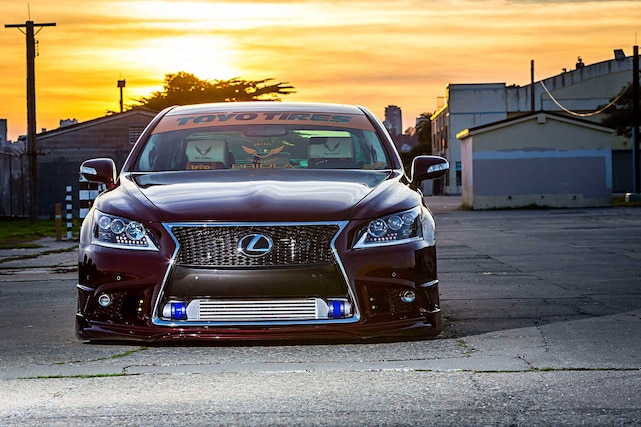 In the beginning, Nat checked all the boxes for your typical VIP sedan, installing a body kit and slamming it on big wheels with air suspension. "The car was complete and I was content with what it had. I just wanted something done to the engine to finish it." After a discussion with good friend Carlin Chiu, owner of Impact Performance, the decision was made to do a makeover that would not only include more horsepower, but a completely new look.

Phase two started by converting the original front end to a more modernized '15 F Sport version. This isn't as simple as bolting in the new headlights and a bumper—the conversion required numerous parts to be swapped. "Anything that required adhesive, we ordered new ones," Nat explained. "We also went back and forth to the Lexus dealer so many times, the parts department knew why we were there." Once the conversion was done, the lines and curves of the exterior were addressed next. "I chose the Black Pearl Jewelry Line body kit because it was the most aggressive one at the time. I met Singo Utumi and Yota Nakayama of Black Pearl a few years back when I was visiting Osaka, Japan, and we discussed the previous rendition of this car. When it became time to change it up, I decided to work with them again." 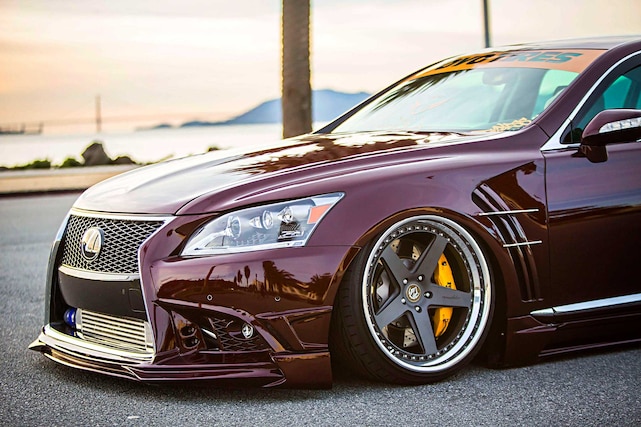 The updated front and Black Pearl kit, combined with Wald vented fenders, made for one of the most aggressive VIP cars we've seen stateside. Nat continued adding more touches to the exterior, reaching out to Kimxon Souvannadeth of Ulterior Motives in Sacramento to widen each fender using metal. The LS was then handed over to Josh White of Priola Bodyshop in San Mateo, where it was painted BASF RM Candy Brandywine. 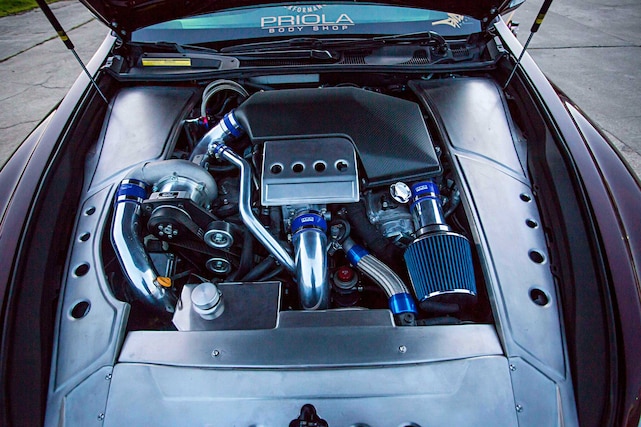 No build is complete without paying attention to the entire driver/passenger experience. It was here where Nat reupholstered the seats, trunk enclosure, and center console using a combination of tan and chocolate brown leather with diamond stitching. He also added VIPStyle pillows, floor mats, and an Endless rear table. 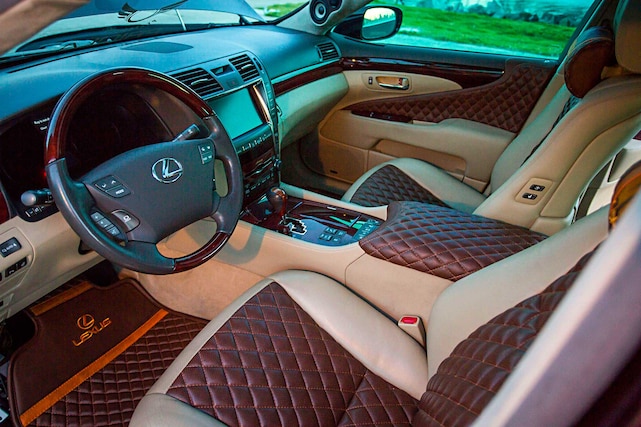 Audiophiles will appreciate the quality of components used in the stereo. Focal mids and tweeters were mounted onto the A-pillars while 10" subwoofers and two-way speakers were installed in the trunk, all powered by two Arc Audio amps. For car shows and meets, you can bet Nat will have the 32" LCD in the trunk playing as well.

To propel the heavier luxury sedan, Nat was able to source the first HKS GT supercharger for the LS460 in the States. Being the first one at the time combined with the fact that the kit was designed for a right-hand-drive car in Japan, you can imagine that fitment would become an issue. Once they got down to it, though, no problems occurred, and the added boost is estimated to make more than 100 hp over stock. Nat finished off his build just before SEMA '16 with Futura big brakes and 21" VIP Modular wheels custom-ordered for his car. 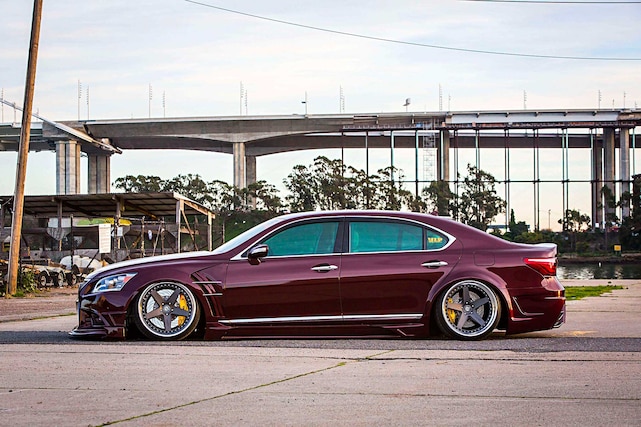 This supercharged LS adds to a growing portfolio of Lexus project cars completed by Nat. He owns a widebody SC430 that he finished for SEMA '15 and is also starting a new LS430 project to wear Job Design aero. Will it go through as big a makeover as this LS, and will it be boosted? Your guess is as good as ours, but you can probably count on seeing it debut at this year's SEMA show. 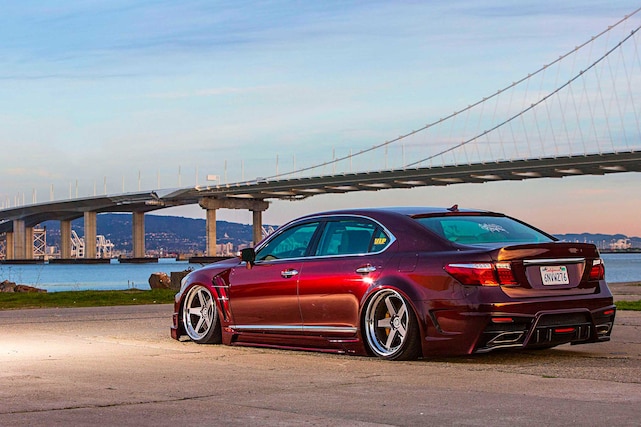 Back and with a sporty vengeance the 2013 Lexus LS 460 F Sport takes a step away from the typical, mature look and takes up the clean, modern, mono-spec'ish cues we've come to expect from the Lexus family in recent years. - Super Street Magazine