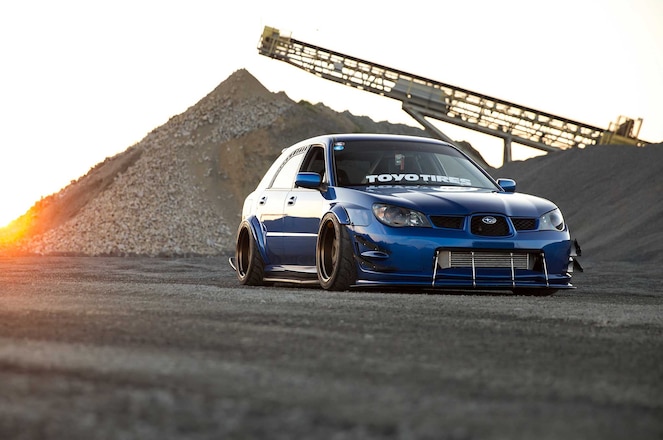 When was the last time you truly felt satisfied? I'm not talking about your last Whataburger-induced food coma or orgasmic midnight rendezvous, but materialistically. Regardless of whether we relish in it or not, big business has us in a vicious cycle of buying and desiring more, even when what we already have is often plenty sufficient. It's capitalism gone wild and both sides of the sales floor are milking this globalized cash cow for all it's worth. 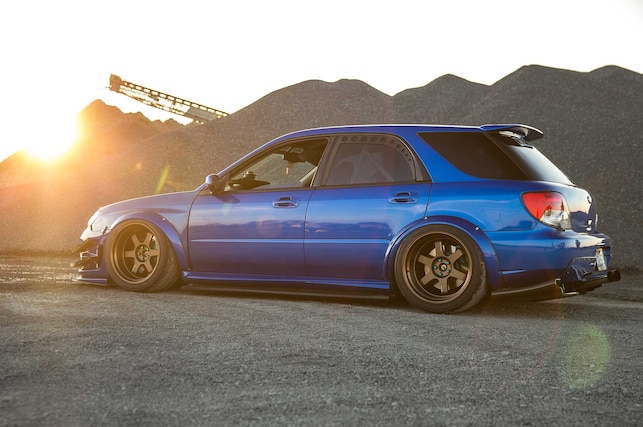 Make no mistake, it remains imperative that our economic pistons keep pumping full speed ahead, and as petrolheads, we are blessed with all manner of specialized hall pass. We're an exceptional sort of consumer, and for damn good reason. Aftermarket automotive modifications are to us what LEGO kits are to an 8 year old, for timeless toys can often play crucial roles in fostering creativity and engineering inclinations alike. We yearn for fresh bricks and bolt-ons that are fully customizable and increasingly expensive, procuring them with hard-earned greenback after greenback, because one kit is never enough.

Occasionally, you come across an enthusiast who appears completely content with what he has, a modification maniac, a satiated palate, and a completely pristine machine. Andrew Johnson from Naples, Florida, is a prime example of this kind of creative type, because despite having gone through a copious amount of kickass parts, he still holds dear to his retired daily driver. Perhaps it's the fact he has traversed thousands of miles while strapped within its confines, or perhaps he just loves the chassis to pieces, but whatever the reason he isn't selling. 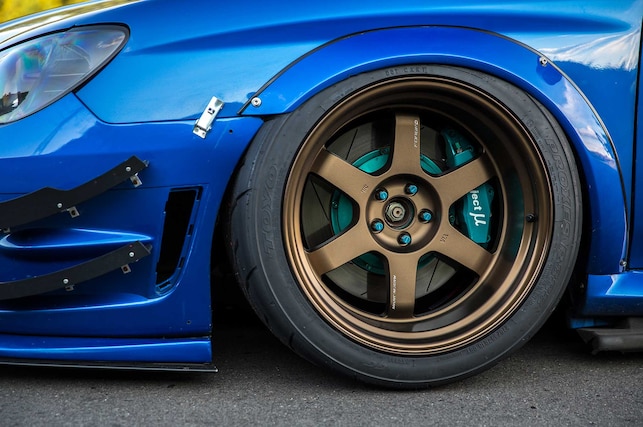 Photo 6/53   |   Andrew fit a set of 18x11" TE37V wheels all around, making the wagon's posture perfect when slammed on its Air Lift suspension.

For the sake of pace, we'll spare you the backstory on all the past mods this machine has seen and instead skip to the most recent reimagining, which came into existence in '14. By this point Andrew had dumped his hybridized bag setup, was moving away from stretched tires, and had begun favoring an Air Lift Performance 3P kit to hover behind 18x11-inch Volk TE37V alloys and Toyo R888 rubber. Surprisingly, modifications to the WRX have been slim to none since, and kudos to Andrew for knowing when to call it quits because this beast truly is the bee's knees.

What started as a solid daily, filled with a healthy mixture of functionality and fun, quickly spiraled into a mildly modded machine. But just when everything seemed peachier than Grannie's pie, a fateful front-end collision threw the little WRX into a full-blown tailspin, and its owner's pocketbook along with it. 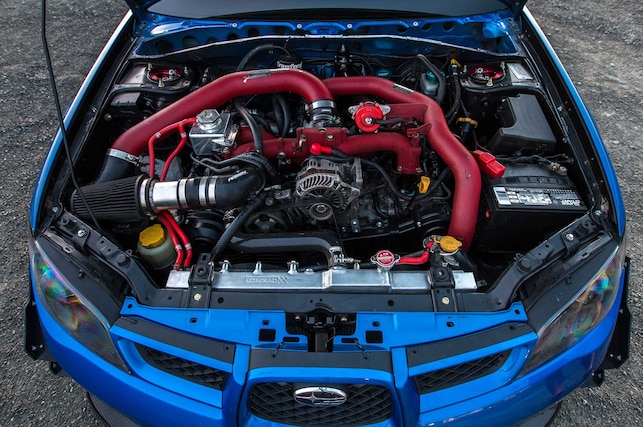 The accident forced Andrew to move back home to North Carolina, and while a completely crushed front end typically means it's time to move on, the entrepreneur saw it as an opportunity to fix what was fragmented and overhaul the hell out of everything else. It was a decision that would set into motion a series of events that would have an irreversible effect on Andrew's life, and it all starts with a few tasteful OEM upgrades.

Almost everything north of the A-pillar was completely ruined, so Andrew decided that a sleek sedan Hawkeye beak was in order, along with moving the intercooler to a front-mount configuration. This meant that a scoop was no longer necessary, so an imperforated hood from an RS model now resides. Subtle yet immediately noticeable to individuals in the know, this OEM "refresh" makes for a striking appearance beside all those custom canards, Karlton fender flares, STI lip, and attached APR splitter. 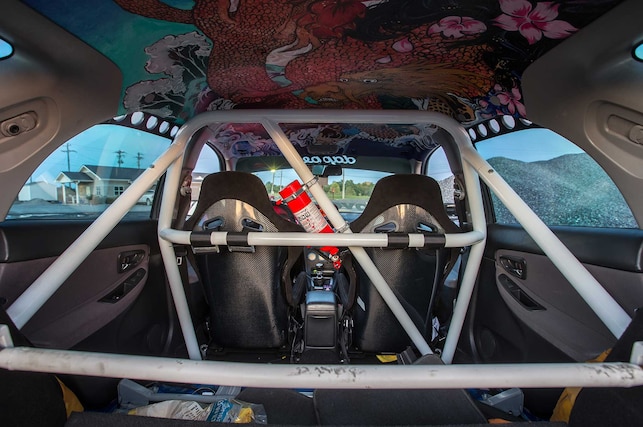 Photo 14/53   |   "The headliner idea came from seeing people wrap them, however, that concept was a bit too basic for me. One of my best friends from art school, Tess Darling, drew it all up and painted it for me in her spare time. We took the headliner out of the car and she had it for a little over a year. She took her time with it and it came out awesome. It's very difficult to appreciate because it's difficult to photograph and is almost only seen by me. Taking inspiration from traditional Japanese artists like Hokusai and adding her modern twist, the composition contains a dragon, samurai, waves, koi, and cherry blossoms."
-Andrew J.

Since the entire powertrain was pretty much toast, too, Andrew opted to have the engine rebuilt with a slew of forged internals and performance upgrades. Attached to a six-speed STI gearbox that's loaded with a proven Exedy/ACT clutch and flywheel combo, and spinning a DSS aluminum driveshaft, this little boxer has been honed to 517 hp and gives zero f*cks about gas prices.

From a profile perspective, extended side skirts help fill in the gaps left by bulging fender flares and aggressive wheel/tire combos, and the shaved roof leads the eye backward, where aero upgrades add varying degrees of stealth and sensationalism. Inside the car's cabin, you are greeted by a 'caged, carbon-seated, harnessed, and OEM-upgraded interior, making it equally aligned for road trip and track day alike. Oh, and as for that ornate, mural-like headliner, let's just say that it remains the crown jewel for both owner and automotive journalists alike. 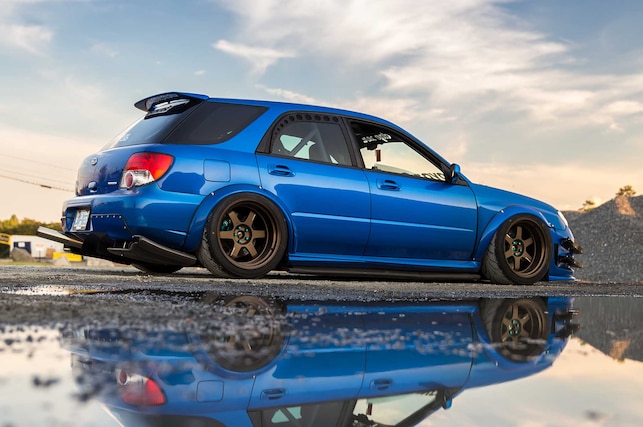 Being that this WRX was the owner's first build, it has inspired both passion and frustration for Andrew. Yet here it stands, a testament to what man's ingenuity and dedication can inspire. All those years of using it for road trips has turned it into a talisman of sorts. Andrew may have molded his WRX wagon into something spectacular, but it too has done wonders for him in return. Do you smell that? There's this faint whiff of satisfaction in the air, because sometimes getting what you want means being happy with what you already have. 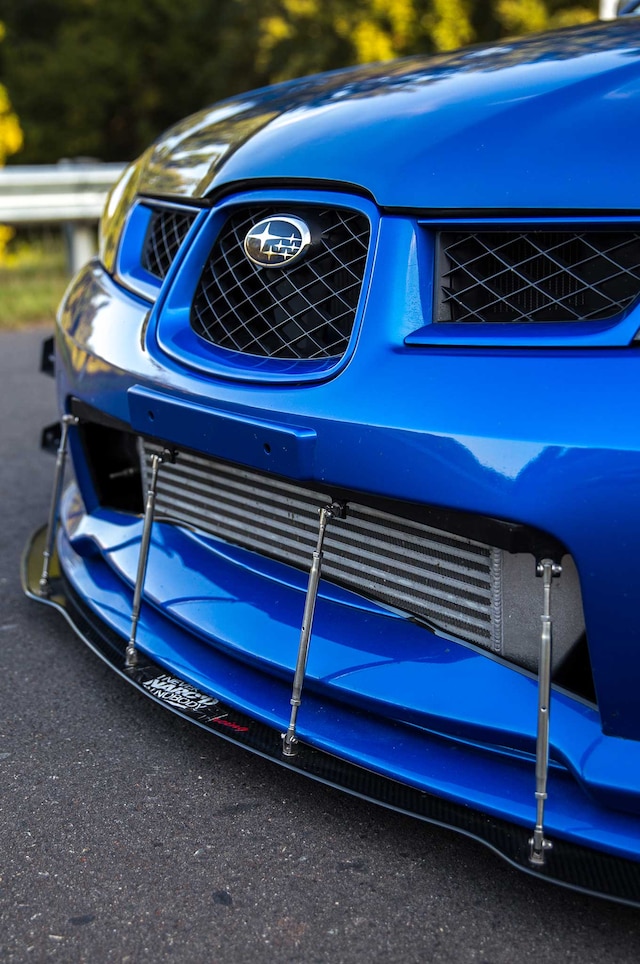 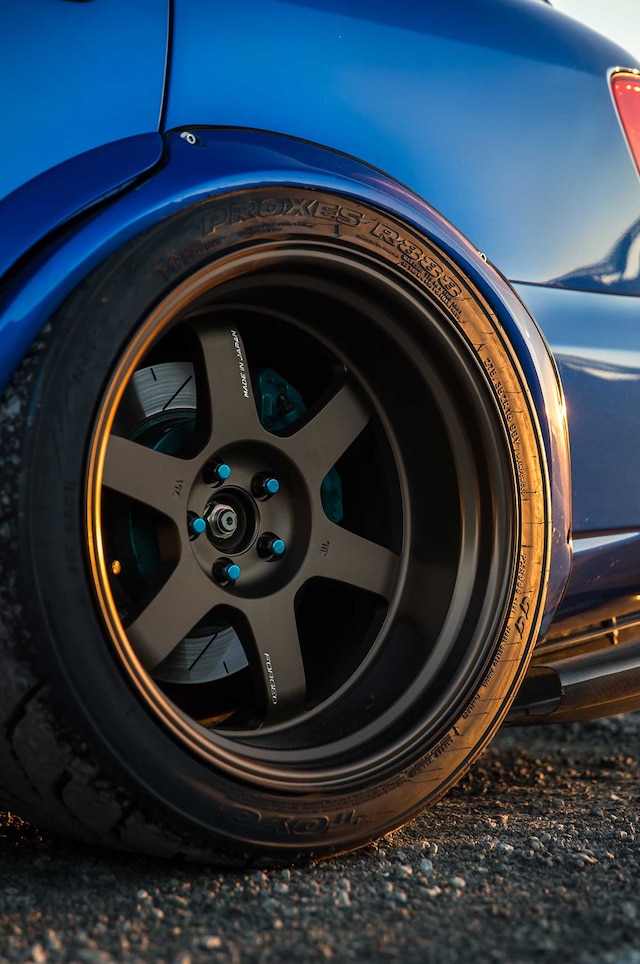 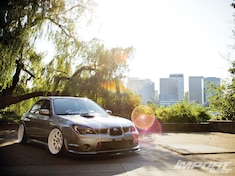 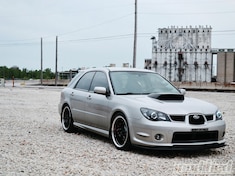 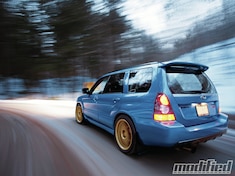 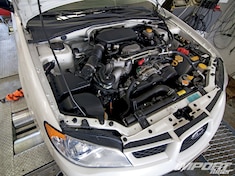