It might be easy to dismiss the new LC 500 at a starting price of $92,975, especially since it uses the same V-8 engine as the RC F and GS F, but here are four points that'll help you decide whether Lexus' new sports coupe is a beauty or a bust. 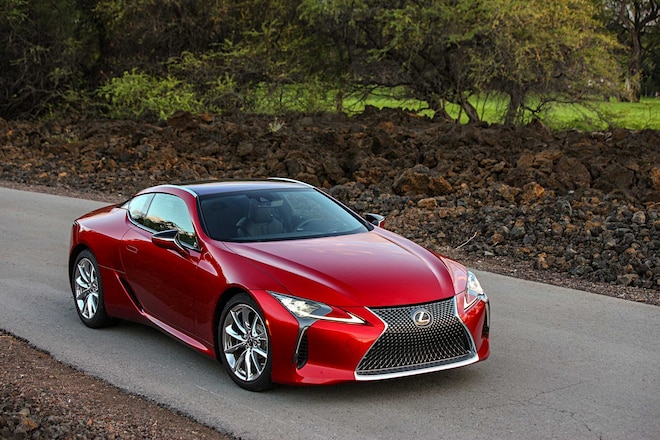 1. Just look at it: By far, the best feature of the new Lexus LC is its design. It has exotic car looks for less than $100K. The coupe's profile is very low, with a long hood and sexy roofline. Its rear is one of its best features thanks to wide fenders and unique three-dimensional LED taillights. The front end features Lexus' signature spindle-shaped grille, but pay close attention to the LED projector headlights, which sit far back near the fenders. Pretty trick! Inside is a modern interior with first-rate cabin materials, gorgeous seats, and an LFA-adopted instrument cluster that'll make you smile every time you get behind the wheel. In its segment, the LC goes up against cars like the 6-Series and S-Class coupe. Put them all next to each other, though, and there's no question which one will turn the most heads. 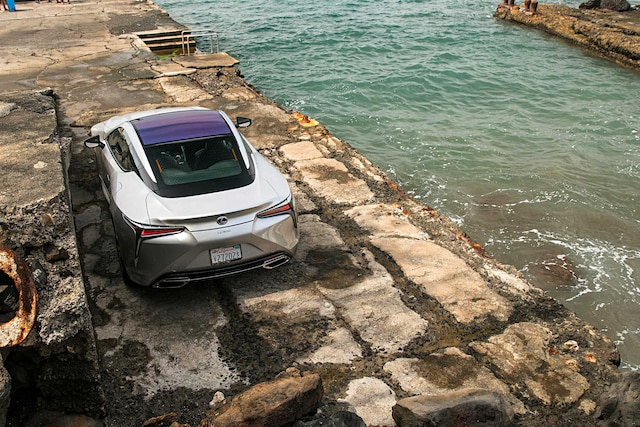 2. No replacement for displacement: At first, we were bummed the LC 500 received the same 5.0L V-8 that we're already accustomed to seeing from the RC F and GS F. But after a few hours behind the wheel during our road test, there's no better eargasm than the muscular sound it summons every time you press the throttle. It doesn't yell like an angry Corvette, but sings with class and gusto, just like how you'd expect a Lexus to sound. Lexus also pointed out to us that the LC 500 is actually a tad louder than the RC F and GS F thanks a new valve system that opens up the exhaust during hard acceleration. It's also making a bit more power courtesy of a dual air intake system resulting in 471 hp and 398 lb-ft of torque. There's no arguing other vehicles in its class (many boosted) are a tad faster and better on fuel economy, but the LC 500's 4.4-second 0-60-mph time is still respectable and more than enough for mobbing around town. 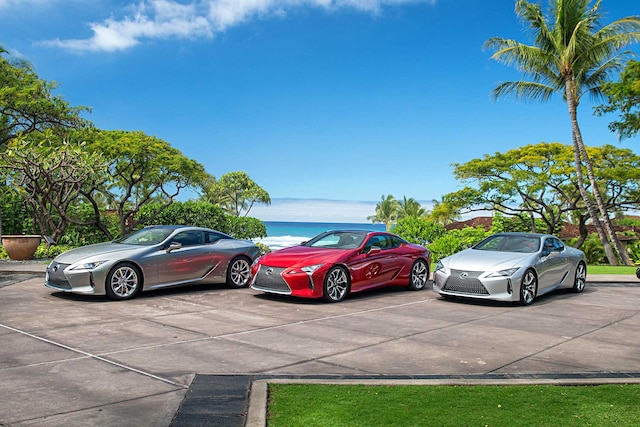 3. Ain't a 911, but that's OK: A question many people asked us right after testing the LC 500 was how its handling and performance matched up against the likes of a Porsche. Let's get this out of the way: the new LC 500 is not a purpose-built track car. Yes, you can drive it fast, and even take it on the track if you like. But if you're comparing it to a 911 or a GT-R, you're comparing apples to oranges. Power-wise, the LC gets the job done. It revs high and has a decent pickup from a stop, or when you need to downshift a couple gears on the freeway. It can also be pushed hard around corners. Lexus even tells us this is the most rigid car it's built, even more rigid than the LFA. But its handling is not as sharp and nimble as other performance cars. We could easily deal without the confusing 10-speed automatic tranny, and it could also lose a few extra hundred pounds, but if you're considering this car, you aren't likely to be the guy who'll take it to Laguna Seca every weekend. The LC is something you'd drive more regularly and enjoy it on open roads.

4. Bright future: Lexus has already squashed rumors that an LC F model will be in production in the near future; however, don't give up hope yet. The outlook for the LC still appears promising for performance fans; just take a look at Super GT, where the LC is dominating the '17 season. We also can't forget Gordon Ting's 525hp yellow LC that debuted at last year's SEMA show with its Artisan Spirit kit, custom flares, 22-inch wheels, and rollcage, indicating there's interest within the aftermarket. We don't expect the Lexus coupe to be a tuner's favorite or even see them at weekend track days, but what we do expect is to see more on the street, where they are amazing to drive - and we guarantee you'll be looking. 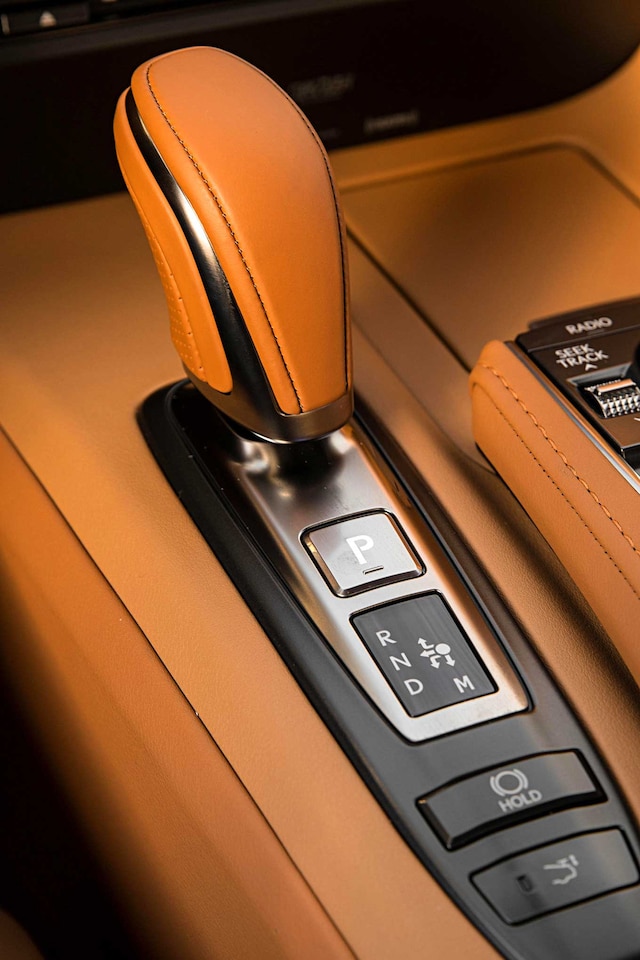 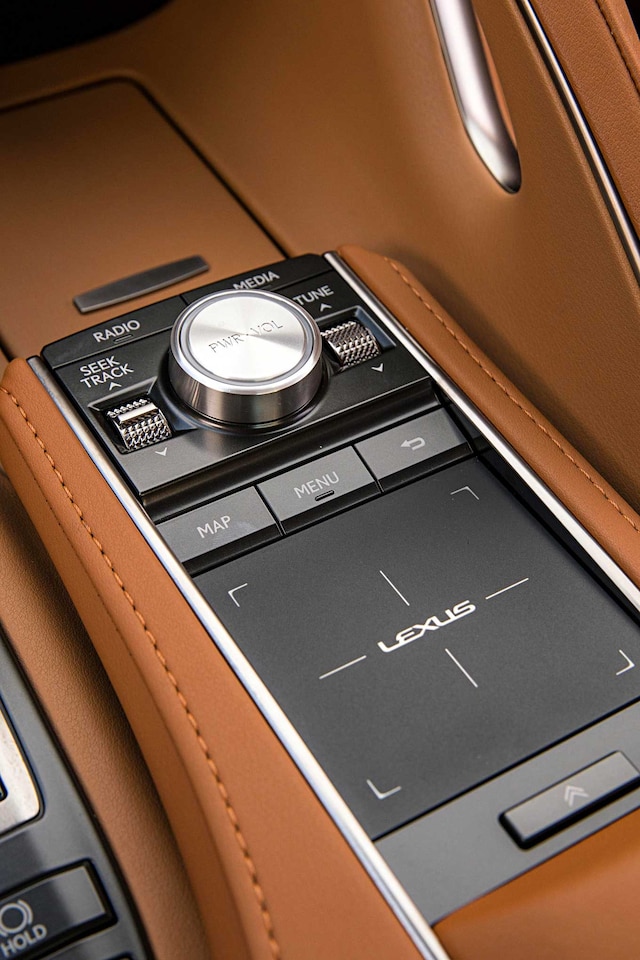 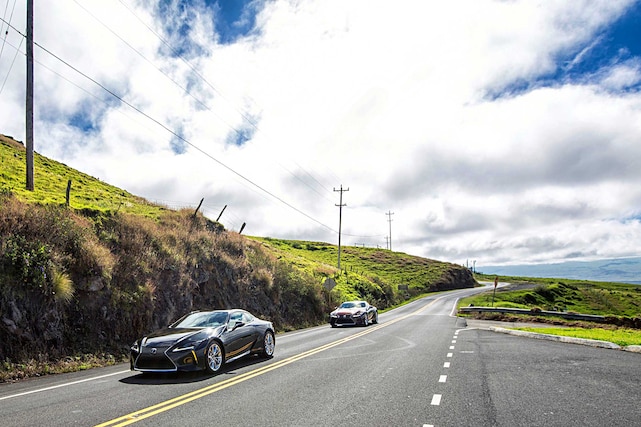