From Japan to California, the legend of Garage Bomber lives on... 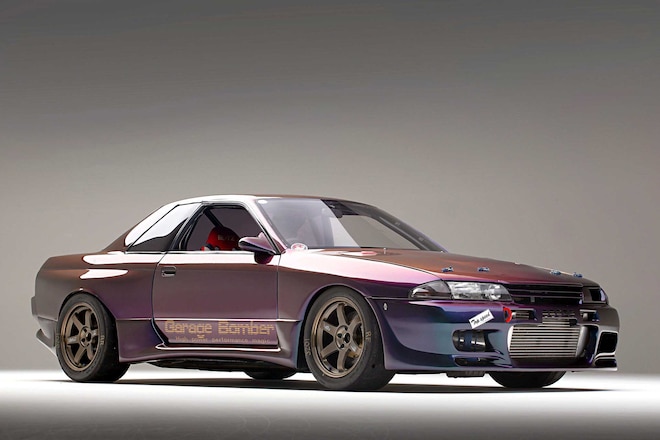 Aki Fuchigami began working as a mechanic at a Toyota dealership straight out of high school. From nine to five, the teenager serviced Toyotas, battling the effects that the harsh Hokkaido winters had on cars; however, not many people knew of the work he did after clocking out... Aki had a thing for fast cars. Making big power from small engines became an early addiction, and his drug of choice came in the form of the turbocharger. There wasn't an engine in existence that Aki wouldn't throw a turbo at, and it wasn't long before he was running 10s in the quarter-mile, all before his 20th birthday. Did we mention this all went down in the '80s? Back when dedicated drag tires were still a new idea in Japan and launch control was something you did with your feet! 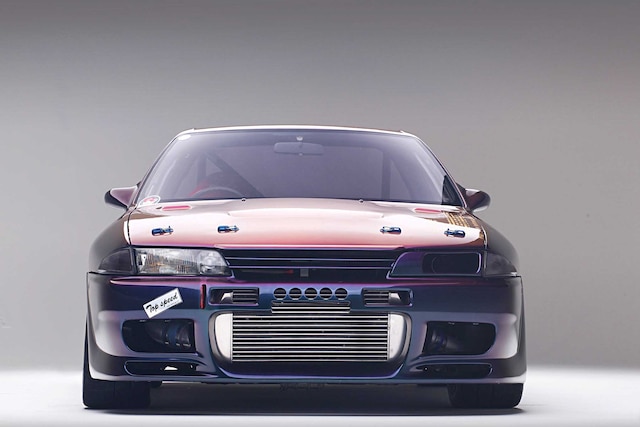 By '93, Aki had been promoted from a mechanic to a salesman, but more importantly, his side business was blossoming. In an attempt to keep his work a secret, he only accepted customers by referral. Despite his best efforts to balance the two jobs, he was severely overworked. For years, his customers had been begging him to open his own shop. So at the age of 27, he finally quit the dealership and opened the doors to Garage Bomber. Soon after opening shop, Aki decided he needed to build a demo car—something that would stand out, a car that was as beautiful as it was fast. So in '96, this R32 GT-R was welcomed into the family.

From the moment it was purchased, the R32 had one purpose—to show the world what Garage Bomber was capable of. Nothing short of a full build would have been a fair representation of the craftsmanship and skill Aki possessed. Knowing this, he rolled the R32 into his shop and started the complete disassembly, stripping it down to bare metal for stitch welding, then fabricating a chrome-moly rollcage and custom quarter-panels before it was resprayed House of Kolors Midnight purple. The quarter-panels are a one-off design made in-house by grafting a second set of GT-R panels over the originals and extending the inner wheelwells. They may look factory, but they accommodate an additional 30 mm of wheel and tire width per side. 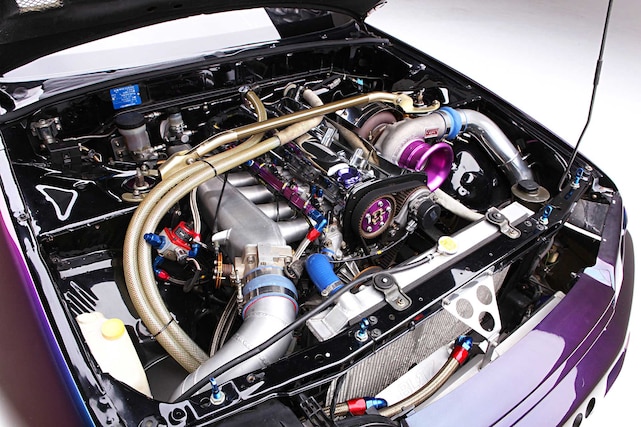 Although Garage Bomber was a full-service shop, their passion was building engines. For their demo car, they held nothing back. Starting with an N1 block, Aki deburred the casting by hand, bored the cylinders out by 1mm, and reassembled the bottom end with full Tomei components. The head was also completely reworked with the ports opened up—each chamber was volume matched and again reassembled with a full Tomei valvetrain except for the camshafts. The camshafts are quite special, made by Reinik—the same company that manufactured many of Nissan's factory race engines and a company Aki had a close working relationship with. The original individual throttle bodies were replaced with a Group A manifold and a 100mm throttle body, while a massive HKS T51R turbo replaced the factory twin turbos. A one-off downpipe and full titanium dual exhaust sing to the tune of 760 hp, transmitted to all four wheels through a Holinger six-speed box.

The Garage Bomber R32 GT-R was completed in '99. Despite its obvious purpose for the track, the carpet was reinstalled, power windows retained, and the Skyline was registered for the street. The car tipped the scales at 2,600 pounds—considerably lighter than stock—and for three years, it demonstrated its supremacy making countless 9-second passes. 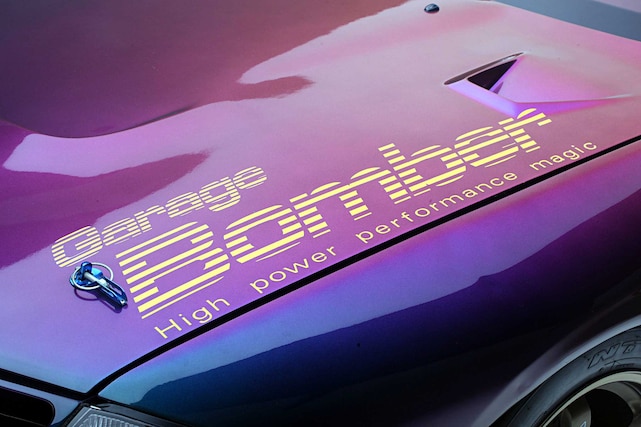 Aki continued to progress his career a couple years later by accepting a job offer with Reimix, a full-service shop specializing in race engines and performance parts. At Reimax, which was an extension of Reinik, he managed a new location in Yokohama, 800 miles from his home in Hokkaido. Seeing this as an opportunity to expand on his experience and taking an interest in the Kanto region's famed racing scene, Aki left Garage Bomber in the care of a trusted employee. Aki worked at Reimax for three years, until yet another opportunity presented itself. In '04, Reimax was developing camshafts for use in TRD-supported NASCAR trucks. Management was interested in sending one employee to the States to man an office and explore the market. Aki volunteered for the position and proposed that in addition to market research and customer support, he could run a tuning shop as well. When the head office agreed to give it a shot, Aki packed up his family and GT-R and moved to Huntington Beach, California. There, he started AIM, providing support for the NASCAR trucks, ordinary customers, and a few Formula Drift drivers. This shop remained active for two years, until the head office in Japan made the decision that it would be pulling out of the international market. Reimax had prepared a position for Aki at its Yokohama location, but he decided to remain in California. Although unsure of his future, he knew he would be valuable to any shop that would take a chance on him.

Today, Aki is a 10-year veteran of GMG Racing, providing race support for several Pirelli World Challenge teams. His GT-R, once a top contender in the drag racing world, has slowly transitioned into his personal track car. After years of sitting, the engine and transmission were rebuilt last year as a precaution, and the car performed flawlessly at its shakedown at Laguna Seca the following week. Though Aki is already considered to be one of the industries' top race mechanics, the belief that he can never become stagnant in his craft keeps him busy. Aki plans to continue developing the GT-R as a road race car, hoping to expand on his driving techniques to further hone his skills in race preparation and on-track support. As for Garage Bomber, the physical shop in Hokkaido has been closed for almost a decade—however, the memory of the legendary tuning shop remains alive. Many of the old customers in Hokkaido as well as Aki's friends in California still run the sticker on their cars, though they stick primarily to the track now. Back in Hokkaido, we hear there is a group of younger guys in AE86s representing the name on the street now, led by none other than Aki's nephew. 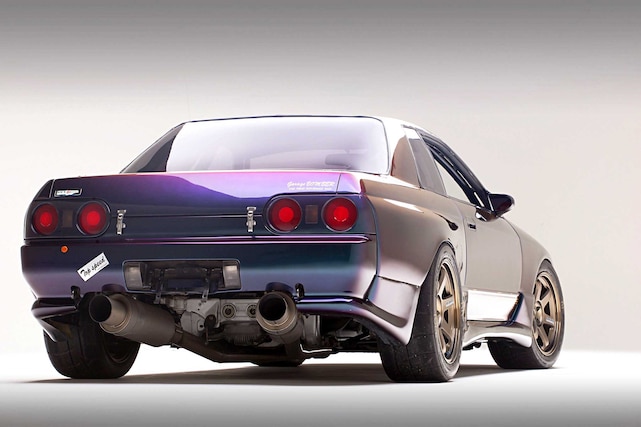 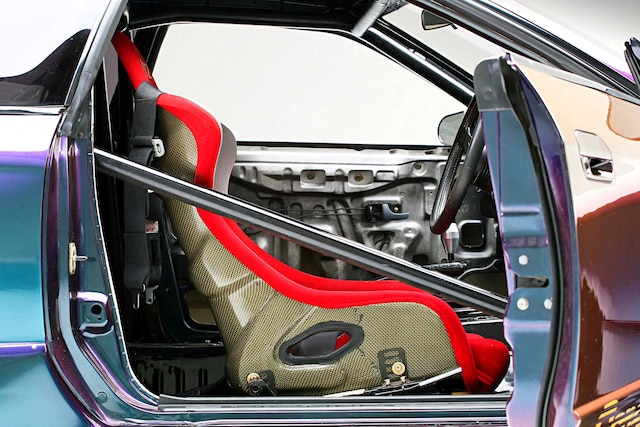 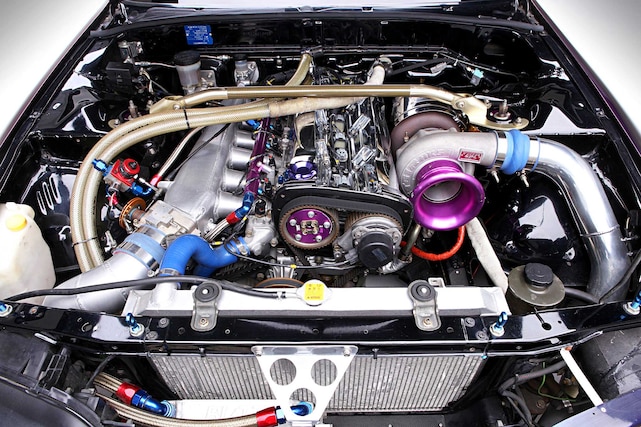 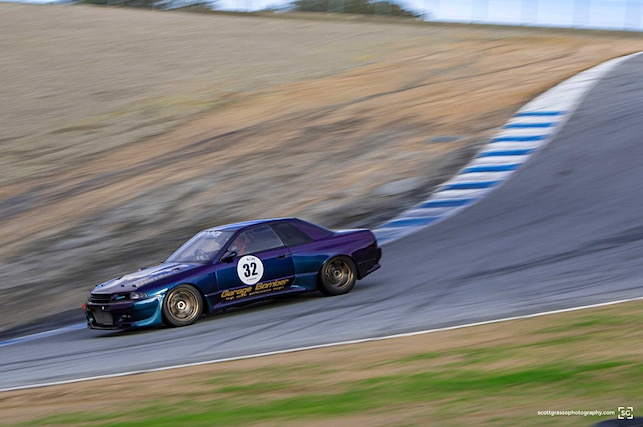