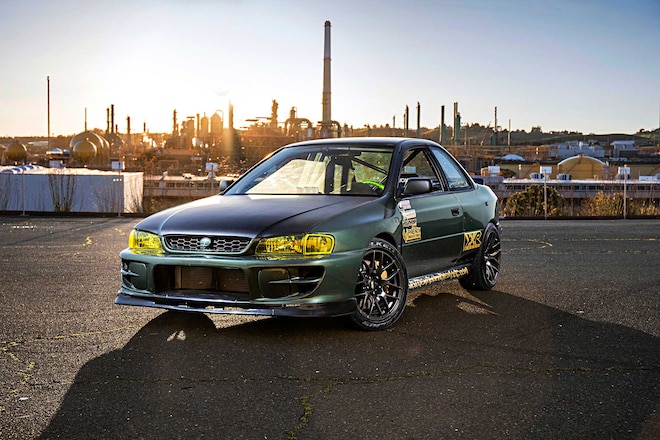 Subaru's early-'90s Impreza L is the perfect drift car. Except for the underpowered and naturally aspirated lump underneath its hood, its limited steering angle, and its pair of toothpick axles tied up to an AWD layout that louses up everything that has to do with any sort of premeditated slide. It's the ultimate drift car, except when you realize that it isn't. 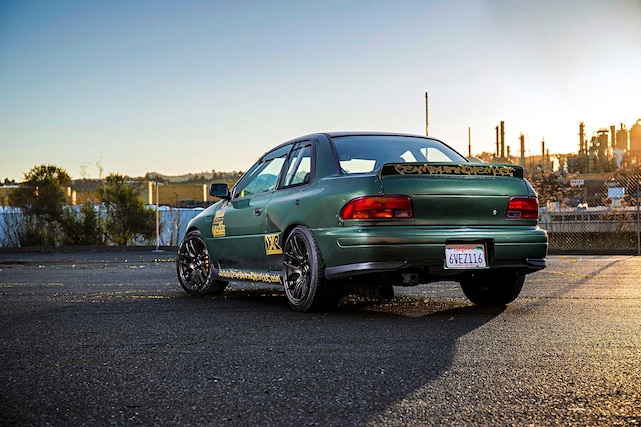 To want to drift anything at all like an Impreza L, you've got to either be hopelessly infatuated with the car or be incredibly naive. Robert Ljuba, as it turns out, knows every single one of the Subaru coupe's shortcomings and went about having it all chopped, cut, and welded into submission to make the Impreza do everything he thought it should've done to begin with. Naive, he is not.

Not being naive doesn't mean Ljuba isn't utterly eccentric, though. It's a prerequisite for wanting to drift something that physics says you shouldn't and for wanting to do it with an engine that the Impreza's never even heard of. We're talking about Ford's 5.0L V-8, which was really just a stand-in for the SR20DET Ljuba had initially stuck underneath that hood and that blew itself up in a hurry (not that Nissan's SR was any more orthodox). That Nissan-Subaru merger was the original arrangement until a dented-up oil pan that seemed harmless enough had its way with the oil pick-up tube that's responsible for all sorts of important things, like lubricating just about every moving part and keeping the whole assembly from seizing up. For Ljuba, the choice between an engine rebuild worth more than the car or that V-8 engine swap all of a sudden was an easy one. 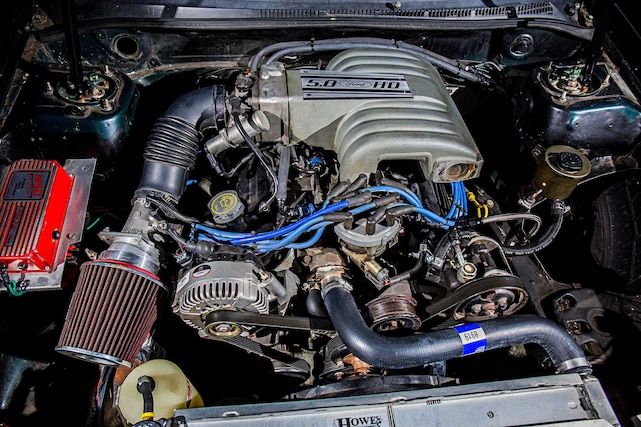 You think getting anything from Ford to fire up inside of a Subaru that's native to half as many cylinders isn't easy and you don't know half the story. Were it not for Ljuba's friend and chief fabricator, Christ "Crick" Filippi, who already had the old Windsor block in the back of his shop and was familiar with its workings, all signs point to another Nissan engine going into place. Thank goodness for Crick and that V-8 of his, though, because it's a big part of what's earned Ljuba's semi-daily-driven and part-time race car the sort of recognition that, if we're being honest, cars like the Impreza L just don't normally deserve.

Today, the car's known as the "Ljuba-ru," and that's all very fitting because this Subaru Impreza is nothing at all like a Subaru Impreza. Never mind all of that business underneath the hood that's got anything to do with Detroit and the Ljuba-ru's still unique. "A classic challenge with modifying [a] Subaru [for] drifting is pulling more angle out of its front wheels," Ljuba says about one of the car's most important mods you'll probably never notice but that had to be made. "[We built] a custom set of front lower control arms, modified the knuckles, and built a custom bumpsteer kit that pairs up with a front-wheel-drive Impreza rack and pinion." Turns out that if you want to drift an Impreza, this is where you've got to start. 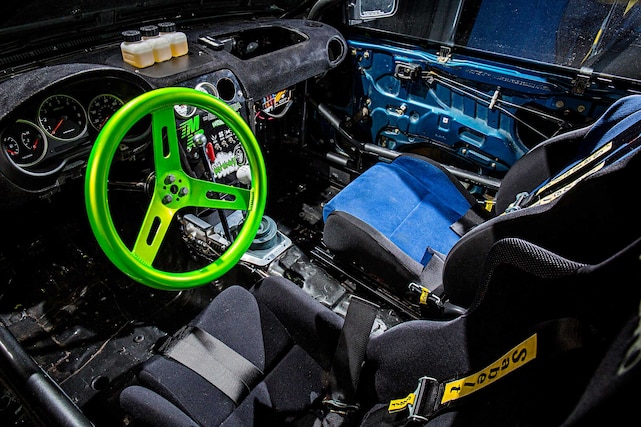 And by "we" Ljuba means Crick, who's responsible for sorting out anything that landed within the realm of fabrication. "[I had] a close-knit group of friends who helped me build this car, and who had extensive knowledge with not only Ford engines, but Ford chassis," he says, explaining who's responsible for what. "I was basically just the installer when new parts came in that were suspension-related," Ljuba says, almost underestimating his contributions but for the sake of not forgetting guys like Crick as well as Trent Mussler, who made things work electrically, and Daniel Bordeau, who got a WRX instrument cluster to play nicely with the V-8.

The list of cars Ljuba's gone through isn't an obvious one and yet it hints at the inevitability of something like a RWD-converted and V-8-swapped Impreza. Ljuba doesn't reminisce about the almost requisite K20-swapped Civic hatchback that you think he should've had but instead reflects on the semi-obscure, like an SC300, an old 510, and even a Celica All-Trac. There was a time, Ljuba says, that he'd cycle through new cars about every other month, mostly because something more special than whatever it is he was driving happened to catch his attention. None compare to the Ljuba-ru, though, and he'll be the first to make sure you know why. 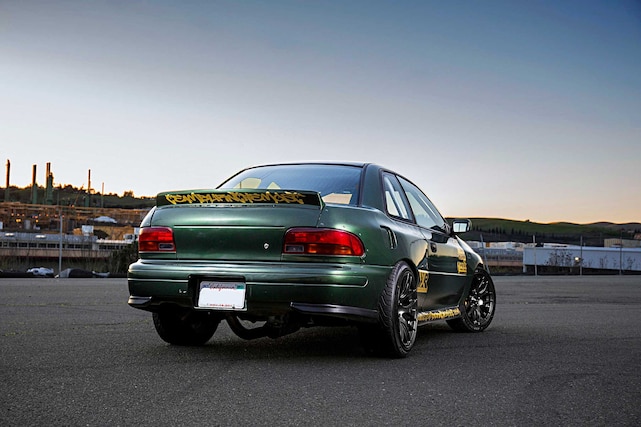 Ljuba's proud of what he and his crew's put together, but he doesn't need you to think he's any sort of Subaru mastermind or that everything went exactly as planned. "I'm by no means a well-experienced Subaru enthusiast...and I've had no prior experience with Ford engines," he says in an up-front sort of way. "I'm just a fan of the [Impreza's] exterior styling." He also happens to have the right kind of friends. 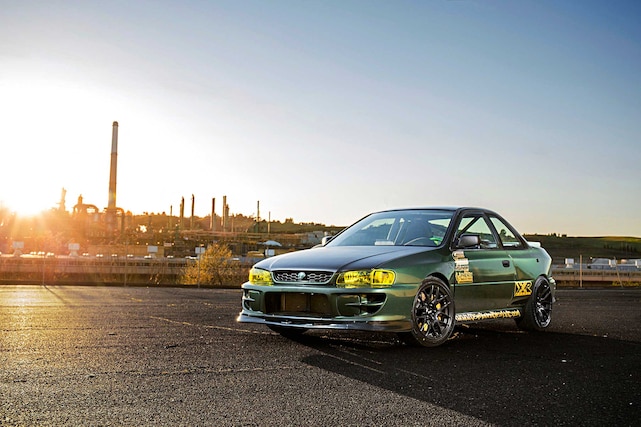 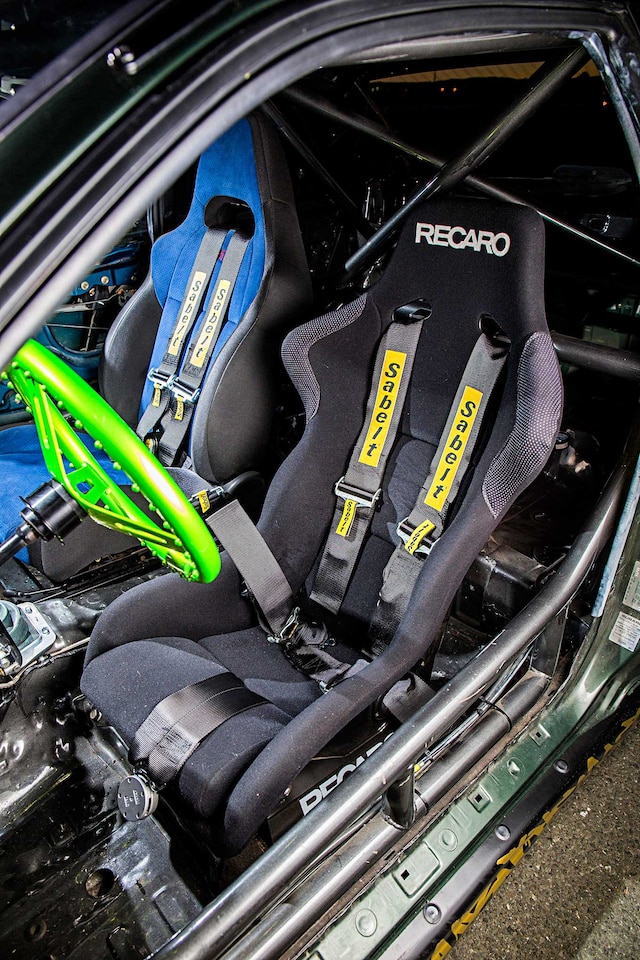