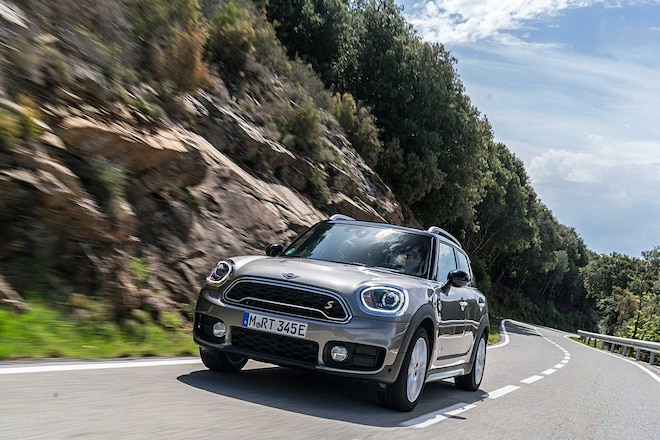 Not wanting to be left behind by its BMW relations from Munich, Mini has introduced its first mass-production electric vehicle in the form of the Cooper S E Countryman ALL4. That's a bit of a mouthful, but it is also a lot of car. It's the biggest Mini you can buy, and thanks to its additional electrical components, it is also the heaviest. This plug-in hybrid joins the expanded Countryman range that has seen the standard and Cooper S versions recently joined by a high-performance John Cooper Works model. While this is Mini's first mass-production electrified vehicle, it's not actually the first. Back in 2008, the Mini E was unveiled, the first fully electric vehicle from the BMW Group, preceding even the BMW i brand.

Mini produced more than 700, leased and driven by private users in what was in reality an extended field research study. Since being returned, most have been recycled, but some remain in use within the company. In a nod to that car, Mini has used the same yellow color accents to differentiate the "S" badging from that of other Cooper models. That's one of the few visual cues, however, as the styling of the front and rear bumpers mimics that of the regular Cooper S; though if you look closely, you'll only find a single exhaust at the back of the hybrid version. 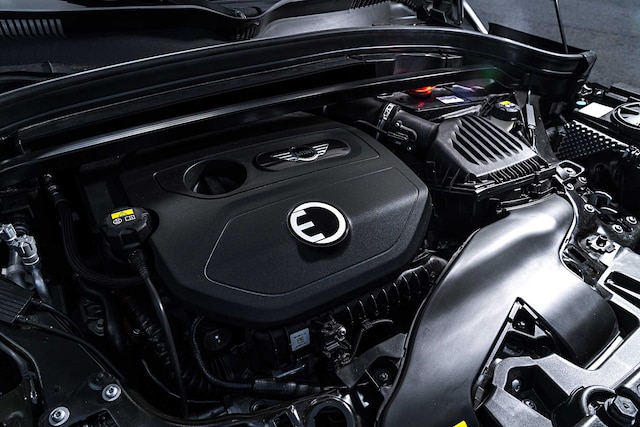 A chromed side scuttle detail incorporates the yellow E symbol and, on the driver side, this opens to reveal the charging port. We're normally fans of Mini's characteristic styling flourishes, but on this car the large chrome shields look plain cheap, especially when you consider the charging port is hidden discreetly behind a similarly positioned body-colored flap on all other BMW plug-in hybrid models. 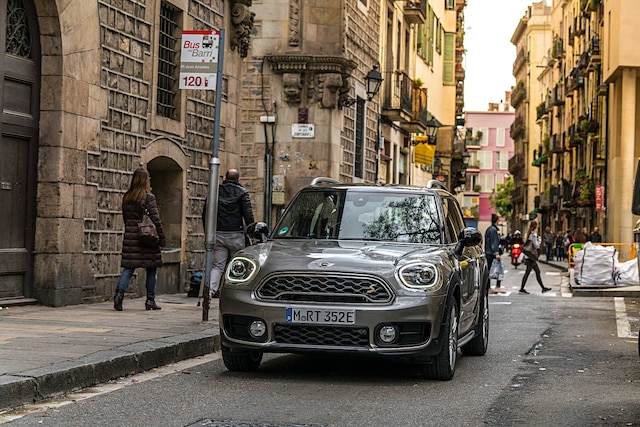 Nonetheless, to just about anyone on the street, this looks just like another Countryman, and that is sure to be one of its appealing factors. Like all Minis, you can choose from a mind-boggling variety of color and trim combinations. In the cabin, only minor changes signify the electric capabilities of the car. If you happen to miss the yellow Cooper S flashes on the kick plates as you get in, the yellow Start toggle for the engine should catch your eye. The center console also has a switch that allows you to choose from one of three distinct eDrive modes—Auto eDrive, Max eDrive, and Save Battery. These are in addition to the usual Green, Mid, and Sport driving modes selectable using the rotary dial around the base of the gear selector.

As Mini has located the 7.6-kWh battery pack beneath the rear passengers' seat, the height of the seat has been raised an inch. This reduction in headroom shouldn't be too much of an issue for passengers of average height, as the Countryman is already tall at 61.3 inches. Boot capacity also falls victim to the car's battery packaging, with 14.3 ft3 of space available compared to the usual 15.9 ft3. There are still separate under-floor storage areas in the boot, which are useful for storing the charging cable. 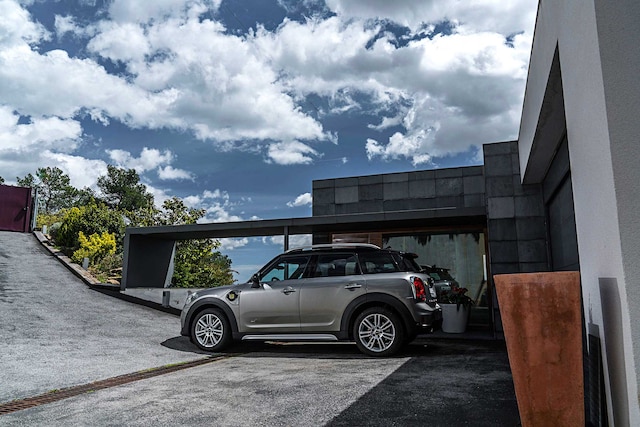 Flip the starter switch and, like most electric vehicles, nothing happens. The bespoke instrument dials do away with the traditional tachometer, instead giving you a power meter with a needle that indicates "Ready." The driving position and gear selector are the same as in other Minis, and selecting Drive allows you to pull away in near silence. Driving through the city, there is only a faint whirr from the electric motor as the Countryman dodges its way in and out of heavy traffic. Even at low speeds this Mini feels agile. There's less road noise than expected, too. One of the negative side effects of electric power is that it highlights any rattles in the cabin and places more emphasis on road noise, but the Countryman's interior is well insulated. Unlike the BMW i3, which has a lot of hard surfaces that amplify sounds, the Mini feels comfy and relaxing inside. 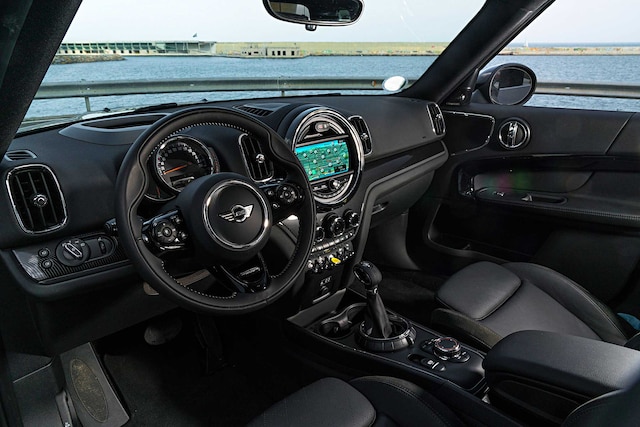 Its default setting is Auto eDrive, and this will favor using the car's electric motor as long as the battery is charged anywhere from full to as low as 7 percent. In this mode, it can drive up to 50 mph after which the combustion engine spins into life. The 1.5L turbocharged three-cylinder gasoline engine suits this setup. It doesn't have as pronounced a thrum as is often typical of such configurations, but it feels torquey. Even without the battery assistance, it produces 162 lb-ft, and combined with the motor, that figure rises to 283 lb-ft. The Max eDrive mode allows for pure electric driving, and Mini claims that an electric driving range of up to 26 miles is possible.

For the Countryman to feel really frisky, you need to get out of town and click the drive mode around to Sport when in Auto eDrive. This sharpens up the throttle response, reduces assistance to the already sweet steering, and allows you to use the most from both power sources. With the combustion engine sending power to the front axle and the electric motor powering the rear, the Countryman can really fling itself out of corners with relish, and even though its increased curb weight sees it tipping the scales at around 3,700 pounds, it hides its mass well. This is partly due to much of that weight being located low down in the chassis. The weight distribution is a 46:54 in a front-to-rear bias, so the front end isn't too overworked in the bends. In fact, it's only under heavy braking that you become aware of the car's mass. 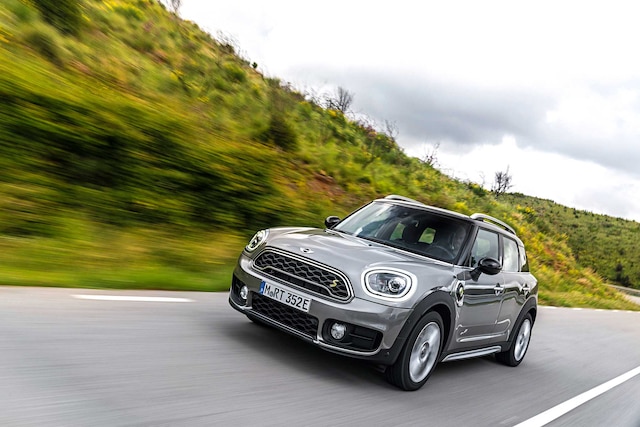 Given that the suspension has been tuned to compensate for that extra weight, the ride quality is very good. The springs don't feel overly still and damping rates prevent it from feeling busy even on less well-surfaced roads. More often than not, plug-in hybrids tend to focus more on battery technology than on the fun element, but Mini has lost none of the driving character it is known for with this model. 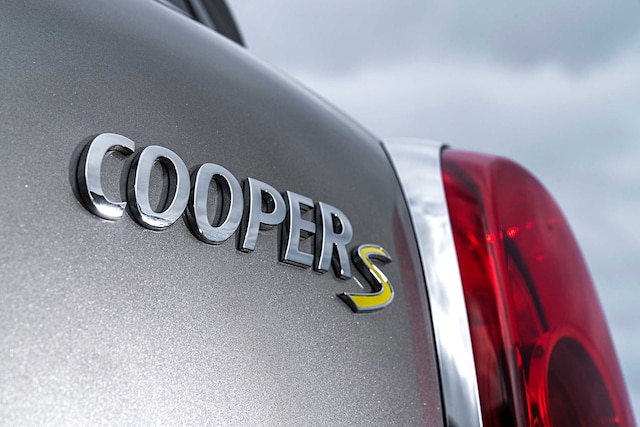 If you'd prefer to conserve your battery capacity, the Save battery function runs primarily off the combustion engine and limits use of the electric drivetrain. It employs the starter generator to replenish the battery's charge in addition to what is recovered through the car's regenerative braking. This setting will still use the electric motor in certain sections of road, but won't allow the battery's capacity to drop below its current state. The system can do this up until the battery reaches 90 percent charge, though clearly it's not the most efficient way to do so.

Perhaps the Cooper S E Countryman's best trait is just how effortless it makes the whole plug-in hybrid experience feel. The way in which it alternates between power sources goes largely unnoticed and when you do want to have some fun, there's adequate performance to satisfy the majority of drivers. Useful, too, that it can be recharged via a public charge point or home wall box in as little as two and a half hours. Even if you don't have a dedicated home charger, you can recharge the battery via a regular household wall socket, but it will require more time. 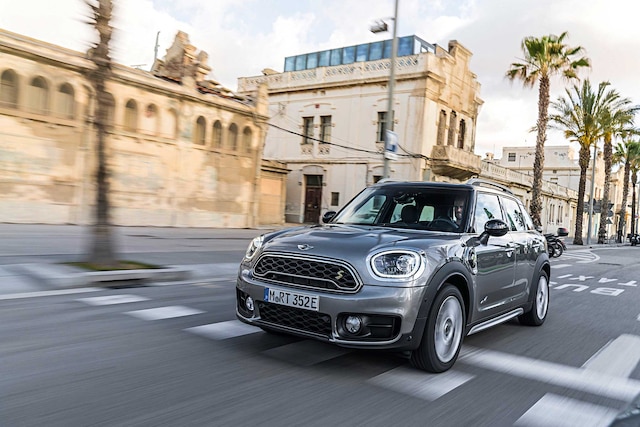 Petrolheads may not be able to avoid the onslaught of PHEVs and electric vehicles in the near future, but this Mini at least shows that they can still be plenty of fun to drive. 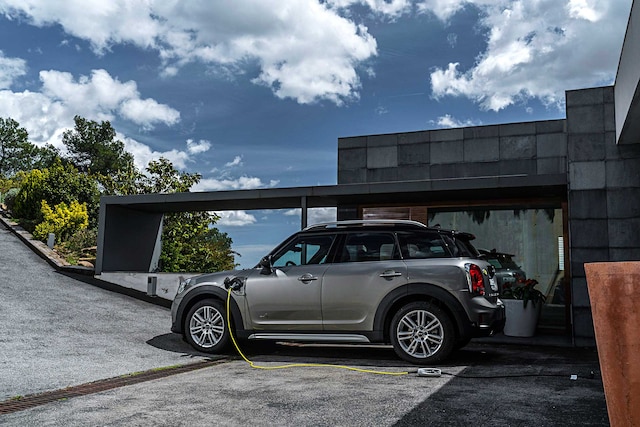 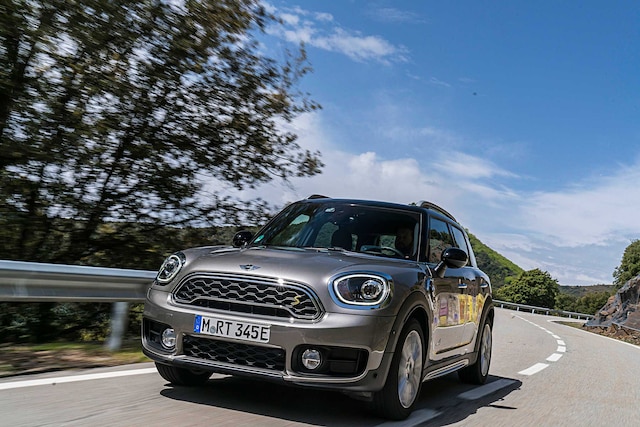