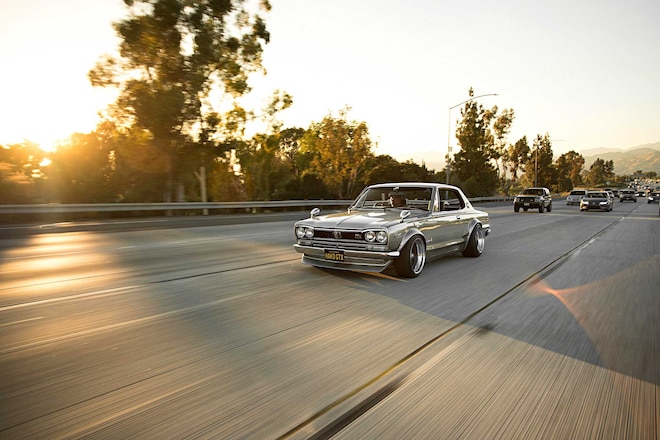 We've seen plenty of news headlines involving law enforcement cracking down, ticketing, and even arresting car enthusiasts who endanger the public with antics like street racing, drifting, and other exhibitions of speed. Responding to complaints like unlawful assemblies on private property (commonly a shopping center parking lot), noise complaints, and even loitering have made the cops "the bad guys." With certain people in the car scene having this type of reputation, most would think anyone with a badge wouldn't want anything to do with us; however, for one particular officer, with 20 years of service under his belt, that just isn't the case. Detective Sergeant Rick Ishitani has been part of the LAPD for almost as long as he's been enjoying cars. 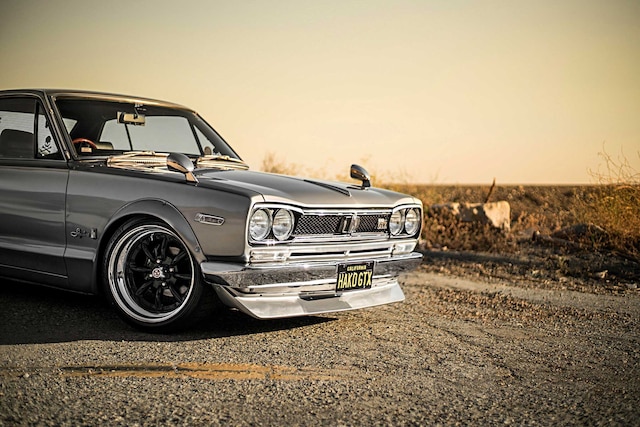 Since the late '80s, Rick has had more than 50 cars pass through his hands, the first of which was a 240Z at the tender age of 16. He's got quite a diverse collection of project cars, which includes classic JDM, 4x4s, muscle, exotics, and even lowriders. A few of Rick's all-time favorites include the Datsun 240Z and 510, Ferrari 360, '64 Chevelle SS, and an FD RX-7. One car that is currently in his stable and has turned many heads is this '71 Nissan Skyline 2000 GT-X, better known as the Hakosuka. 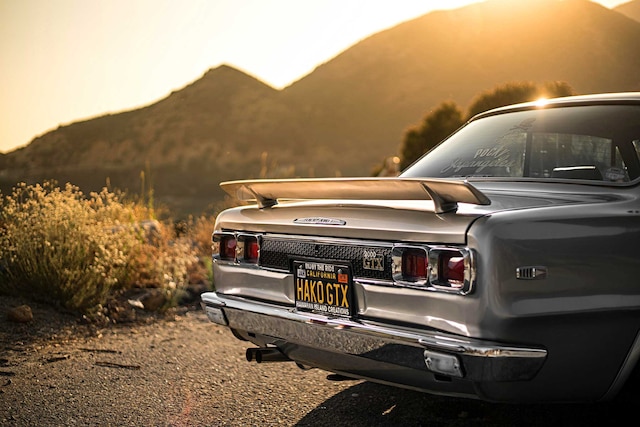 For the last two years, Rick has had the pleasure of owning this stunning piece of JDM heritage. The Japanese nickname Hakosuka roughly translates to "box" (hako) and "skyline" (suka), and it has all the right lines and details that get people to stop and stare. "Once I saw the ad for sale online, I had to buy it," Rick said. "I have always loved classic JDM cars and I know the Hakosuka is the pinnacle of all JDM classic motoring." Who knew a police officer could be so cool?

Wasting no time, as soon as he acquired the Hako, he reached out to Masaya Nishino of JP USA and Taka Sato from Taka's Kyushu Garage to help locate parts for the 43-year-old icon. Aside from the over-fenders and suspension, the car was practically a blank canvas for Rick to play with. Starting with the engine bay, the stock six-cylinder L20 was rebuilt with a few upgrades that included 40mm triple Mikuni carbs and a Fujitsubo header and exhaust. As if the car wasn't eye-catching enough, he upgraded the suspension to K-Spec coilovers to keep the Skyline sitting pretty on rebarreled SSR Watanabe RS8 wheels. Redone over-fenders, rare Koito non-shielded headlights, and front chin and rear spoilers complete the updated styling on the Hako. As far as future plans, we can expect to see a rear brake conversion and a pair of Bride Histrix seats installed. Another one of Rick's goals is to swap out the L20 for a stroked 3.1L. 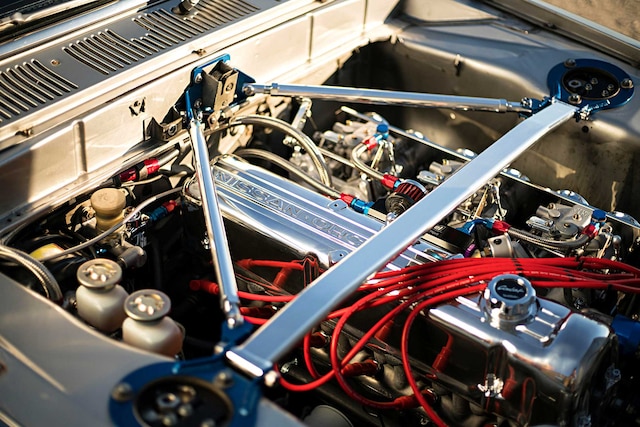 Rick has been a car guy almost all of his life and served with the LAPD for almost half of it. He is one of the rare few who understands both sides of the spectrum. He wasn't always on the right side of the law, and truth be told, Rick was quite the troublemaker in his adolescent years. That all changed at the age of 20 when he decided to turn his life around by joining the police academy.

It's unfortunate, but the car community isn't the only one with a bad reputation, because the police aren't really on the best of terms with the public, either. With his unique perspective from both sides of the law as an enthusiast and an officer, Rick founded Sonkei (respect in Japanese) Blue, an apparel company whose mission is to connect today's youth culture with local law enforcement. Cops aren't always as bad as they seem. Car guys see cops breaking up car meets and think that's what they like to do, but in reality, they're usually responding to noise and traffic complaints. From what Rick says, cops he works with could really care less about giving fix-it tickets and busting car meets. Rick has seen firsthand the impact well-built cars can have where people put aside differences and focus on similarities, which is why he started his brand. Sonkei Blue has products with a distinct thin blue line in their designs to show blue lives (police lives) matter. Sonkei Blue also donates portions of its proceeds to the Law Enforcement Memorial Foundation, which helps the families of fallen officers.

There are many other law enforcement officers who are as passionate about cars as we are out there; we just need to keep an open mind and reciprocate sonkei toward one another. 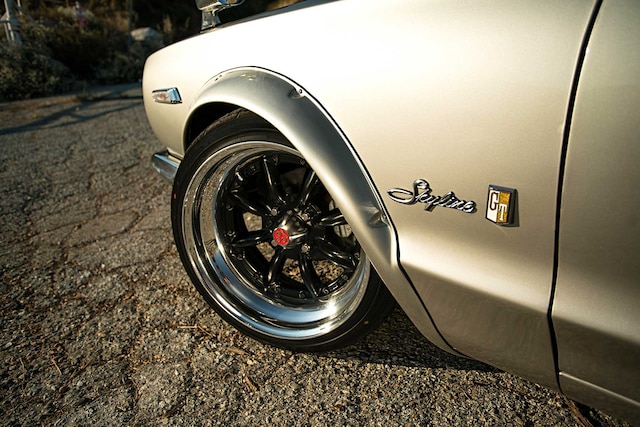 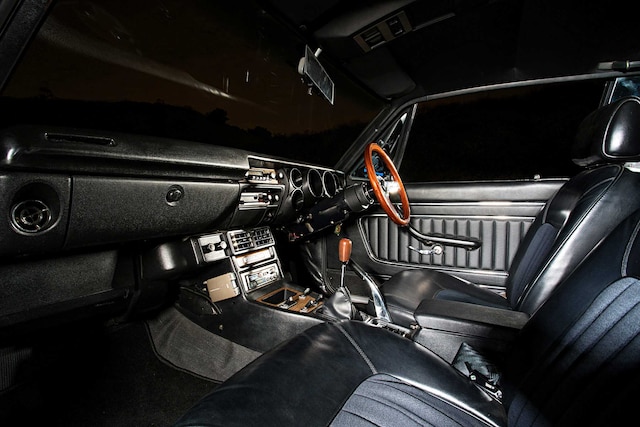 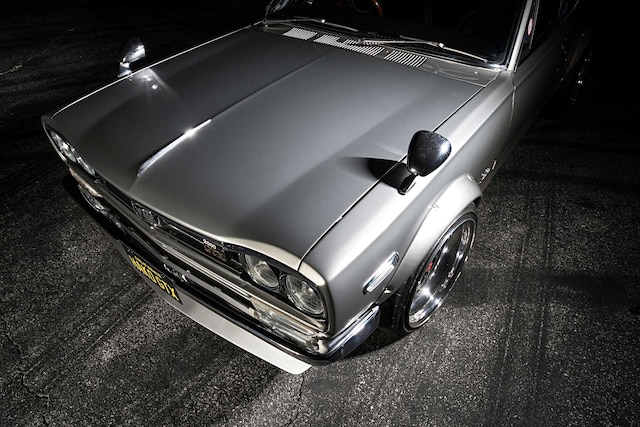