Roles reversed as junior shows dad the way of the S13 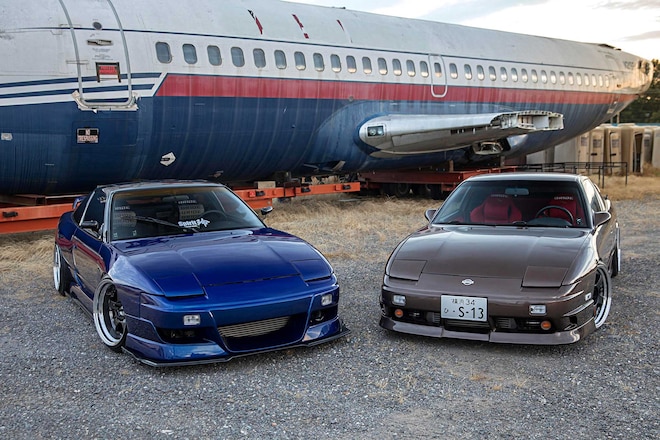 Eliot Ewald and son Jarett's relationship fits the prototypical father-son mold: Pops introduced kid to things like '64 Pontiac GTOs and cruise-ins, and kid went on dreaming about things like V-8s and four-barrel carburetors. It made sense; it was the father-son dichotomy you expected, and it's what led to a role reversal in which Ewald senior started taking cues from junior. 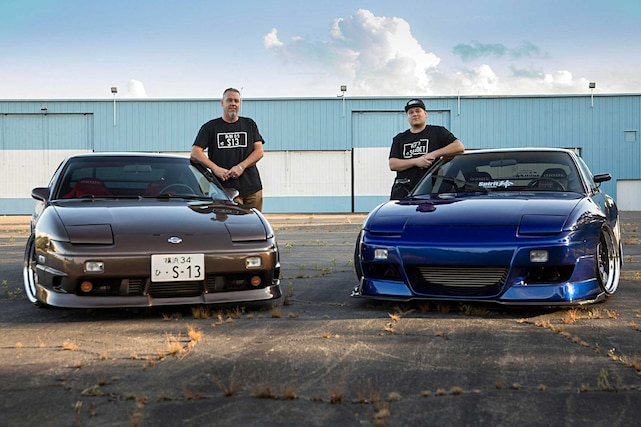 Cues that had more to do with things like small-displacement Japanese turbo engines and less to do with things like big blocks and two-speed transmissions. "It was summertime with the windows down, flooring it, getting on the highway and haulin' ass with him sitting by my side in his car seat, all smiles," Eliot says about how that GTO helped show Jarett the way and that, despite the S13 Eliot's spent the last year building up, he's still got.

Much like Eliot and that GTO, it was the son this time around who showed Dad what exactly those Nissan S-platform cars are all about. "[They're] an awesome platform," Jarett says, "because there are so many different things you can do to these cars." Things like the SR20DET swaps he and his dad both made happen to the pair of early '90s hatchbacks and the Japanese-sourced body bits that couldn't be any more different than something that came off of a Pontiac. 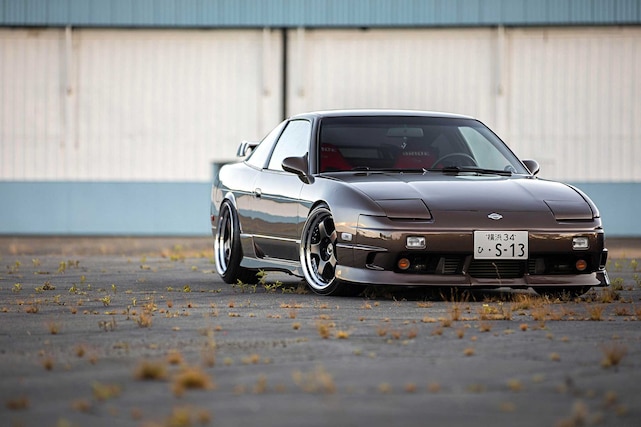 It's that aero that makes Jarett's S13 especially unique. "It's the first and only Spirit Rei Miyabi hatchback in the U.S.," he wants you to know. And, like just about everything else done to the pair of 240s, those bumpers, side skirts, and fenders were all fitted right in his own garage, where Jarett and dad went on to prep and paint the quarter-century-old sheetmetal themselves. "My body kit took a lot of time as far as final adjustments test-fitting, trimming corners, sanding, smoothing everything down evenly, and then painting, wet sanding, and buffing it," Jarett says about the kit that's so rare it's almost one-off. And he knew exactly how to do all of this thanks to pops, who'd previously owned an auto-body shop where Jarett would hang out after school and soak up the sort of knowledge that'd unknowingly prepare him for the S13 buildup of his life. "I started off helping him detail customers' vehicles," he says, "which led to helping prep cars for paint." It was the start of a learning curve that made way for things like cam swaps and SR engine overhauls.

Just because the two know their way around a couple of S13s and some SR20s, though, don't think it all went so easy. Eliot says, "Tinting the paint to match parts on the car when respraying since I didn't have the paint code" was the hardest part of his whole build. "My son and I performed all the work," he goes on to say, "except for the interior stitching." It's a process he's used to, though, and one that dates back to his first car, a '55 Chevy Bel Air he bought in the '70s. 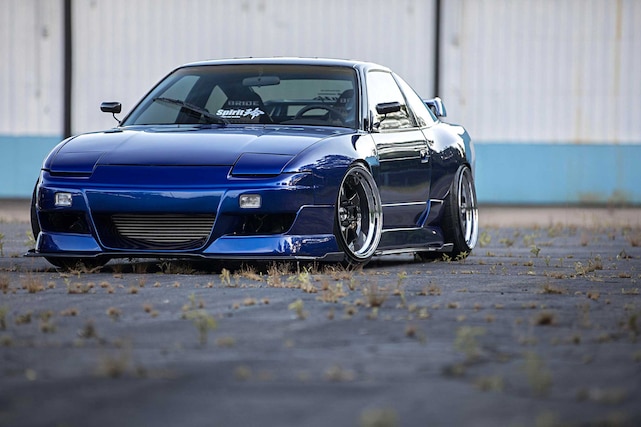 SR20DETs found their way underneath both 240s' hoods, but the similarities end there. For Jarett, more than 400 hp comes by way of Garrett's GT28 turbo and a pair of Jim Wolf cams while dad's S13 gets the same upgrades only by way of Tomei. "I've owned several SR20DET motors," Jarett says about the depth of experience he's got with Nissan's four-cylinder turbo engine. "[It's] my favorite motor I've owned as well as the [one I'm] most experienced with, considering I've [done] several teardowns."

That same sort of familiarity is revealed throughout Nissan's S13 chassis, a car Jarett's owned multiple versions of and with a passion for which that ultimately rubbed off on Dad. "Growing up, I loved any car that had pop-up headlights," Jarett says. "[The S13] was my first car, so it being cheap, fast, and RWD was all a big plus for me." For Eliot, it's just about the most iconic body style there is. "And with the 180SX Type X kit, can I say more?" He could, but he doesn't have to. The car's subtle mods speak for themselves. Subtle mods like its Type X conversion, 300ZX brakes, and SSR wheels. 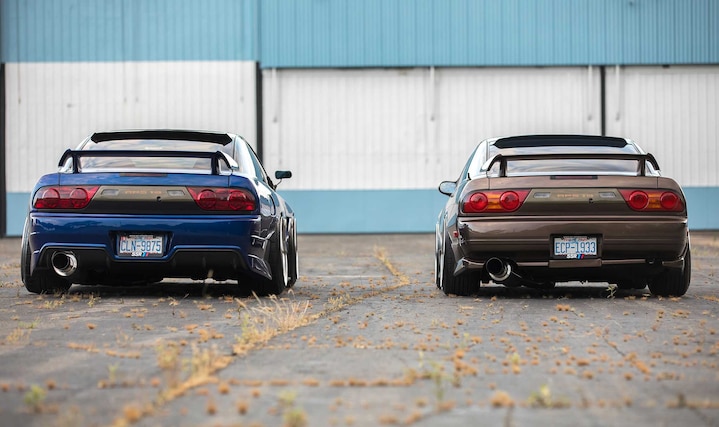 "[It's] definitely a love-and-hate relationship when it comes to fixing them," Jarett says about the early '90s Nissan S-chassis cars that, as far as iconic Japanese sport compacts go, share the podium with models like Honda's fourth-generation Civic and Mitsubishi's DSM trio, "but it's always satisfying in the end." And as far as the end goes, save for a few updates like a bit of bodywork for Jarett and bigger injectors and a tune for Eliot, both S13s are considered done. "As of right now, I'm finished with the car," Jarett says, "but knowing how I constantly think of what I can do next, there may be changes that I don't know about." Changes that, you can bet, this father and son will be handling on their own.

"This is basically my first experience with the 240SX," Eliot says. "My son's influence has made me fall in love with everything about them." Windows down, flooring it, and haulin' ass, just like with that GTO. 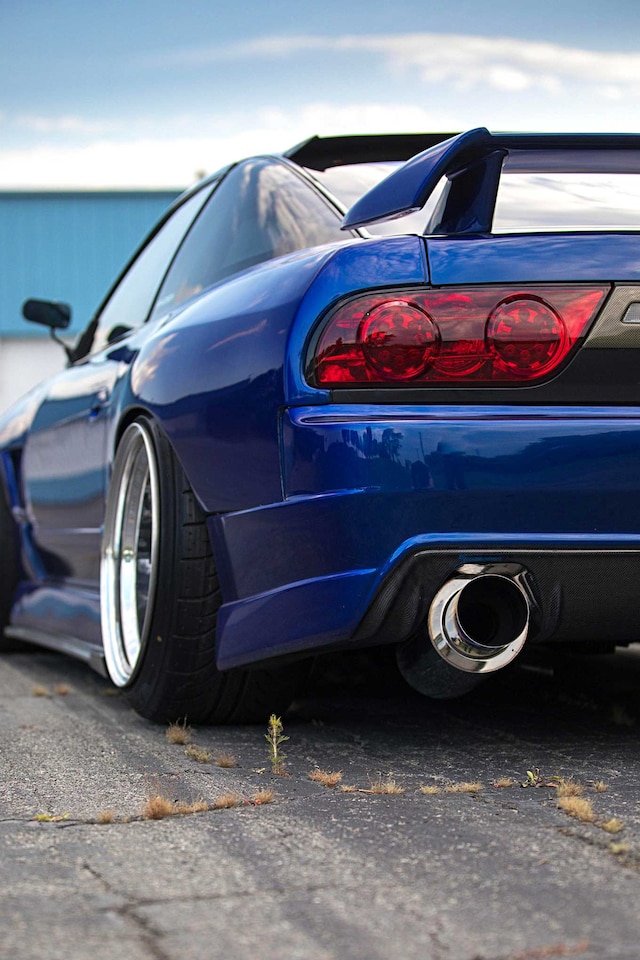 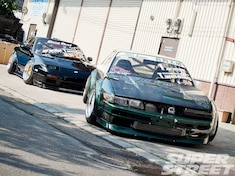 If you’re the type who scours the Internet for hours on end looking for the obscure cars that come out of Japan, then you’ve no doubt seen this duo before. Click to check out these old school drift cars, the 1988 Nissan Silvia S13 and 1990 Nissan Silvia Onevia S13. - Super Street Magazine 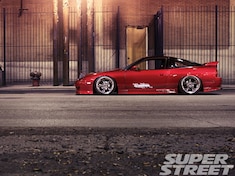 What we would like to do is tell the story of doing something because you love it, not to impress others, which is what the self-proclaimed “Chicago Street Club” known as the Risky Devils are all about. Click to kieep rading about Josh's 1990 Nissan 240SX. - Super Street Magazine 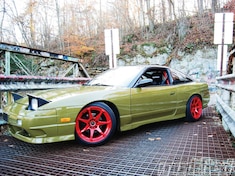 Click to read all about Cody's 1990 Nissan 240SX, He is from Beaver Falls, PA, and works as a mechanic at Benders Auto Service. He buys and sell cars as a hobby — this is his 31st car and 11th 240SX! - Modified Magazine 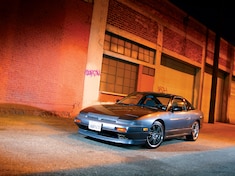 Read about the 1990 Nissan 240SX SE that we swapped a Red Top S13 SR20DET motor into and transformed into Project Stick. - Project Car Magazine 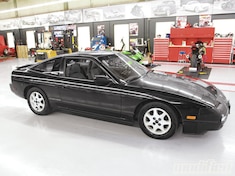 You’re either on board for domestic V-8 engine swaps into Japanese chassis, or you’re downright against them. Personally, I don’t care what logo an engine wears or its country of origin. If it’s a well built, powerful and reliable, then why not swap it? In this issue we cover the LS-3 swap in the 1991 Nissan 240SX Project S13. - Modified Magazine