When the idea of a Honda-powered 911 isn't funny anymore 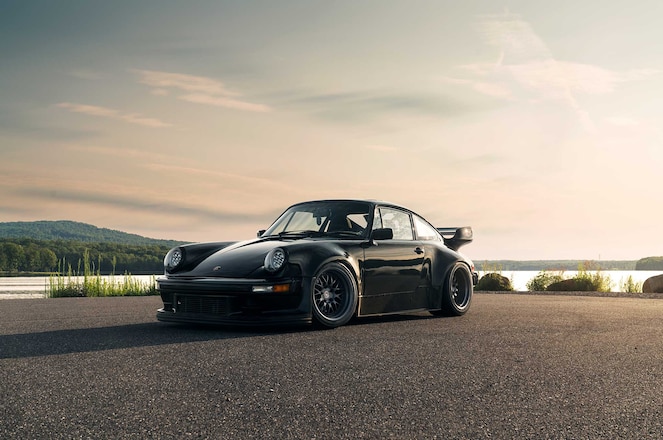 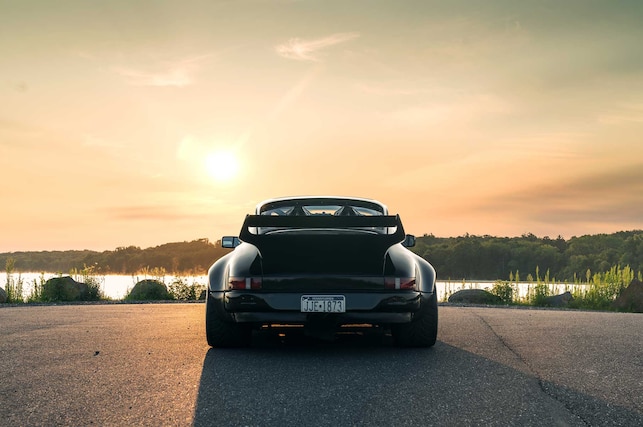 For decades, the two objectives remained inconsistent with one another, though. Own a Porsche and you'd likely snub anything with a B-series in it. Own a Civic, do something like turbocharge it, and you'd likely take joy in embarrassing something like that 911. The two worlds remained separate—as logic said they should—and then people like Scott came along and messed it all up.

Scott likes messing up your status quo—those preconceived parameters that you think every 911 and Civic hatchback ought to fall into. You have to if you want to go ahead and do something like take an '80s-era 911 and stick a mid-'00s Acura engine into it. Which is exactly what Scott did, that is, after he yanked the small-block Chevy from the Porsche's hind end.

You've got to go back in time nearly 20 years if you really want to know how all of this came to be. It was then when Scott took an interest in things like lowered Civics with windshield banners and clear corner lights—Porsche posters still on his wall, mind you—and ultimately landed in a CRX and, after a while, a couple of Evos. "I didn't even know what it was at the time," he says about the lowered and boosted Honda hatchback he'd often see at the skate shop and that warmed him up to those sort of small-car FWD performers. But the 911, that was always a pipe dream. "I've always wanted one, [but] the fact of the matter is I could never really afford one," the husband and dad of three says. "And even if I could, I'm not sure that's what I would've even bought—the pricing on them is crazy." 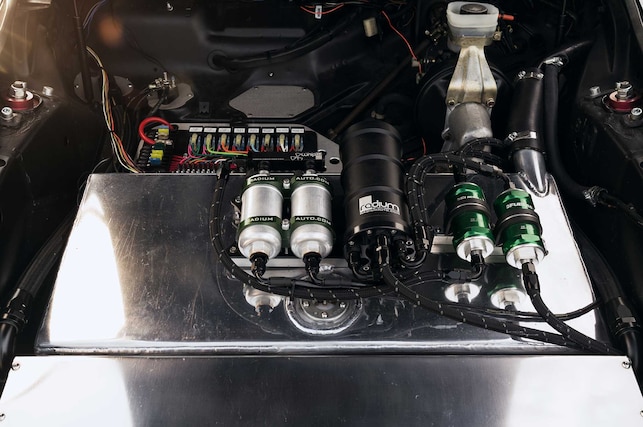 It'd take a seemingly impossible deal on a 930-chassis Porsche Craigslist find along with the monumental coincidence of somebody wanting to buy his 500hp Time Attack Evo VIII that wasn't even officially for sale for all of this happen for Scott. And happen, it did. "Timing is everything, and I stumbled [across] an ad for a V-8-swapped '82 911 about an hour away from me," he says. "The next morning, I get a phone call about the Evo." 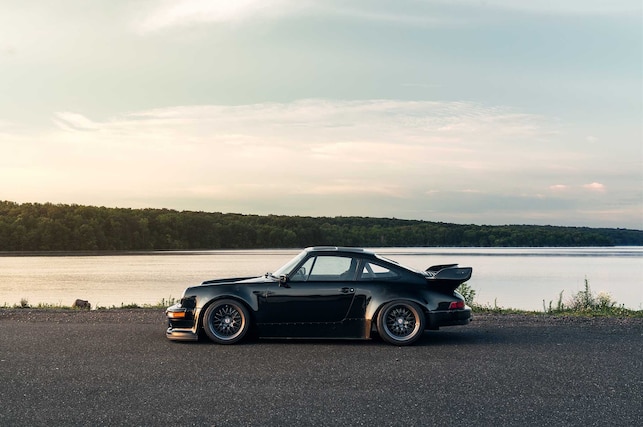 Let's be honest for a minute. This 911 wasn't anything like those posters on Scott's childhood bedroom walls depicted. It was a roach, he'll tell you before calling it out for its knock-off racing seats, golf-club-handle shifter knob, and the iron-block Chevy engine that would've been bad enough on its own were it not for the fact that it stopped running altogether after that first drive home. "You get what you pay for," he admits. "Two hours after buying it, it's getting pushed into my garage, and that night I told myself that this car would never let me down again."

And for three years, it didn't. It couldn't, because that's how long it took Scott to sort through the melted-up wiring harnesses, send it off to paint, convert its torsion bar suspension to bits from the GT3, and come up with the idea to stick a TSX engine out back. It was the perfect idea, except for two things Scott is very up front about: He had "zero Porsche knowledge and zero K-series knowledge." 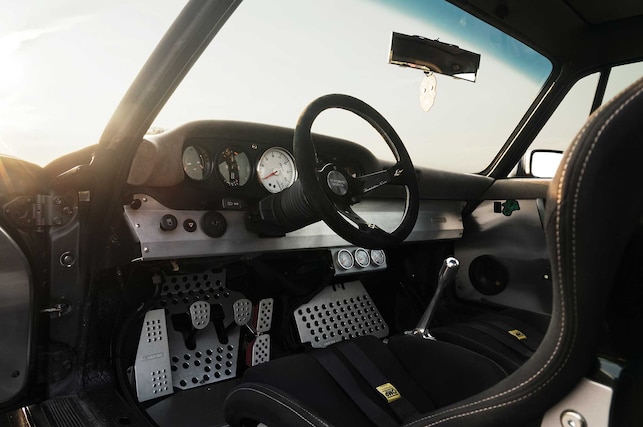 Knowledge of Porsche minutia and K20 factoids might make you popular with teens on some corner of the Internet, but practical experience with countless turbocharged Hondas and the wherewithal to do things like build up a competitive, track-bound Evo are the sort of things that matter. But first, Scott had to let his internal emo get the best of him. "The wiring took its toll [on me]. I hated the [Chevy engine]; I hated the interior. I kinda hated the car," he says. And so for eight months, nothing happened. 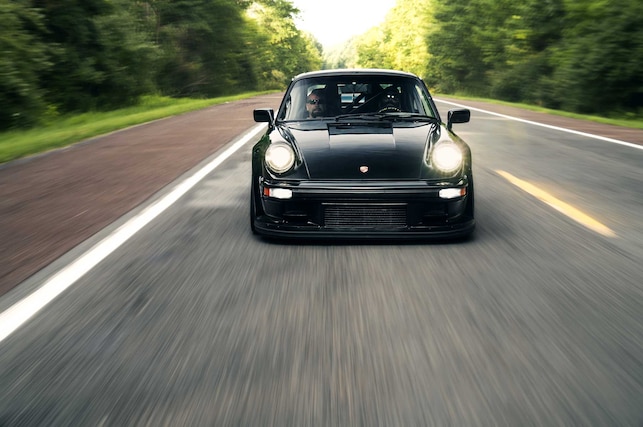 The K-series swap that led to 468 hp out back and did things like introduce Hondata engine management and Bride seats to Stuttgart started off as a joke. "I was joking with my buddy Nick about putting a K-series in it," Scott says about the events that followed that eight-month hiatus. "Neither one of us [had] ever done a K swap, so that was like fuel to the fire." Soon after, that small-block was chucked and the two spent all summer long figuring out how exactly Honda's K-series ought to make its way inside of a 911.

It turns out that the whole engine part wasn't so bad. The car's wiring, all of which Scott redid himself and sleeved in Raychem as well as the fabrication and suspension conversion, those were the hard parts. "This was the most challenging thing for me. I never did this type of wiring before," he says. "And converting from torsion bars to coilovers wasn't the easiest of jobs." 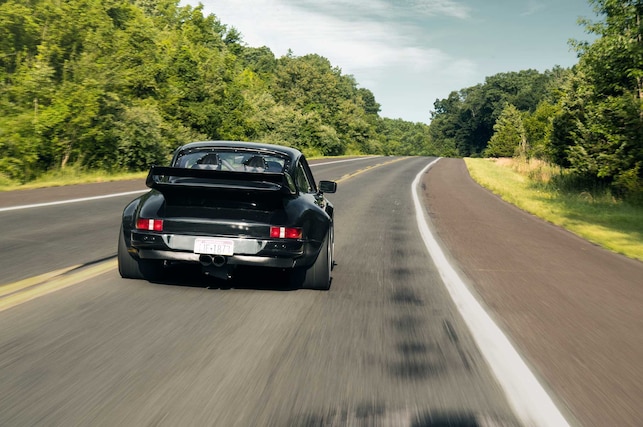 "I told myself that night," Scott says about that Chevy engine failure early on, "that this car will never let me down again." And it hasn't. Post-conversion, it fired up quickly and with few gremlins, and today he drives it regularly, although he does admit to the Porsche's track-car demeanor: "It is indeed right on the line of being just a track car, and exactly what I built it for." But for Scott, that's entirely OK. "This project taught me a lot—mostly patience," he says. "Many thought I'd never finish it and that it was a joke, and that kept me determined." 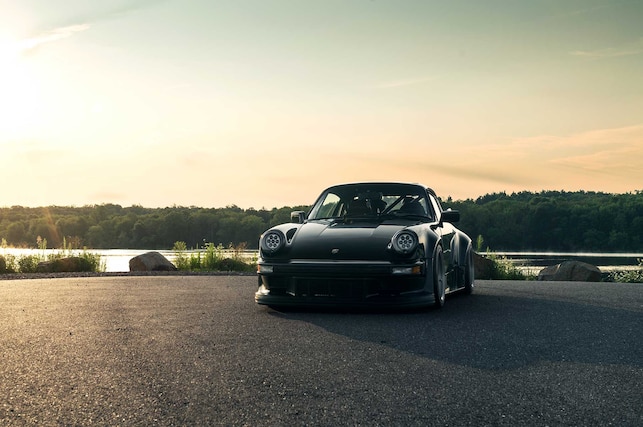 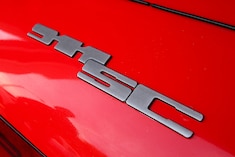