When all you wanted was a daily, but horsepower is life 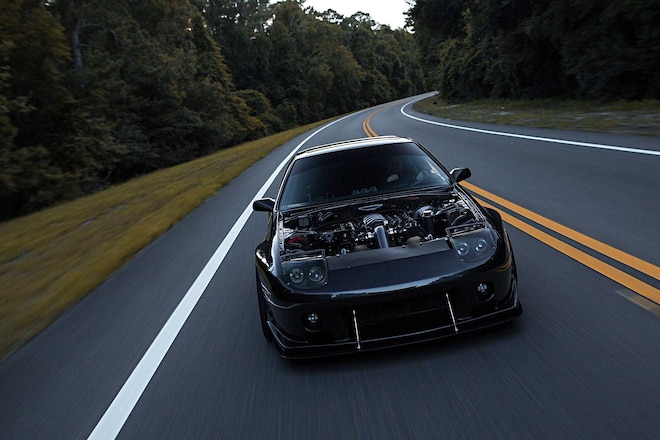 You go out and get yourself a '97 Accord LX with an intake when you go looking for some sort of alternative to driving that truck of yours around full-time. Will Tetro, he goes out and builds an 1,100hp RX-7 for that. Will isn't exactly the superhero you think he is, though, mobbing to work and back in an '88 Mazda with roughly eight times the power it's supposed to have. "Honestly, this car was never supposed to be brought to this level," he says, dashing whatever image you may have already formed of full-throttle passes home from the grocery store with a ham on the passenger seat. The truth? It all happened as an afterthought. 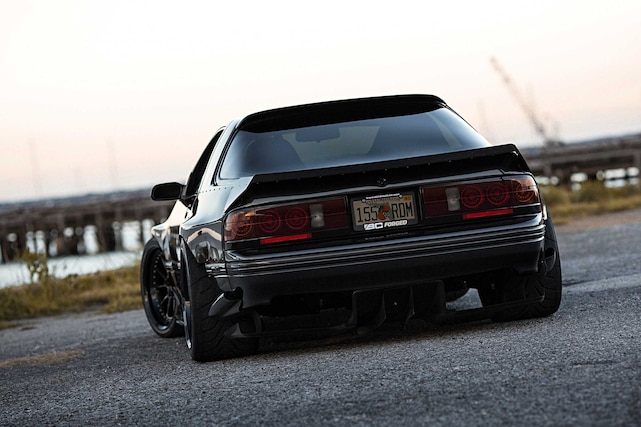 Will's always liked Mazda's sports car platform—his mom owned a first-generation model before he was born, and he later bought an FD body. So when a friend offered to sell him the missing link to the RX-7 trifecta, he was all over it. His wanting to make the car something special, though, that was a product of how unique the chassis is. "One of the main reasons I built the FC was because it's different," he says. "I'm not saying the FC is anything rare, but you don't see a lot of them anymore."

But an FC-bodied RX-7 with one of Chevy's LS V-8s underneath the hood, that indeed might be rare. Scrapping the rotary for that box of reciprocating bits started with 403 ci worth of Chevrolet originally destined for Will's later-model RX-7 and ended with a transmission meant for a Nissan and a rear end taken from a Ford. You think getting the major pieces from four different carmakers to play nicely with one another was the hard part, and you'd be right. But it wasn't the worst of it. "I wanted it to have every creature comfort the car [originally] had plus a reliable but stout drivetrain," he says. "Fitting the twin-turbo LS with AC, power steering, a heater, and traction control, they all had their fair share of challenges to overcome." 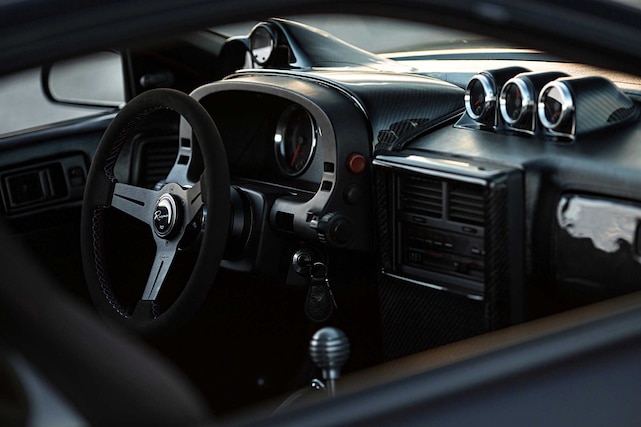 But you stopped paying attention right after the words "twin-turbo LS." A 76mm Turbonetics turbo branching off of each side of a small-block will do that to you, but don't let any of that get in between you and the rest of what Will's come up with. Like the carbon-fiber rear wing cooked up by the people at Coast Chassis Design—the same guys who built the FC's rollbar—and who turned out the aero piece from a modified version originally designed for a Pro Mod drag car.

There's a theme going on here, and it doesn't have much to do with anything other than going in a straight line—and quickly. It's a part of Will's heritage, drag racing is, and you'll know it by the 800hp, fourth-generation-era Mustang Mach 1 he'd owned before getting his first non-domestic, an LS-powered S13. Even the FD RX-7 he still has remains dragstrip-bound. "I want to start running more standing half-mile events," Will says about what he plans on doing with the FC and alluding to its 200-mph potential. 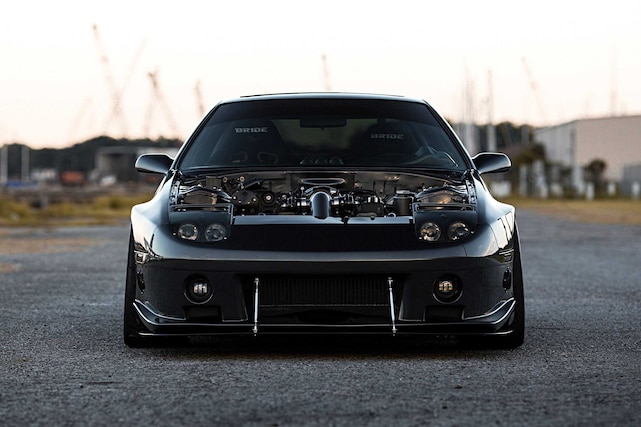 Trap speeds like those won't come without their share of broken parts, but Will's current FC recipe says all of that ought to be kept to a minimum. A recipe that includes things like an 8.8-inch Ford rear end with its independent suspension that'll help keep things from getting squirrelly and that sits across from a gearbox nabbed from a 350Z. It's a far cry from everything originally attached to that naturally aspirated 13B that wasn't even good for 150 hp—and it's worth it, even if it does mean Will having to sort everything out among four different nameplates.

Not that that's anything new for Will, though. When he's not figuring out how to make Nissan parts get along with mid-'80s Mazdas and Chevy engines, he's turning wrenches at his family's classic car restoration shop where the company turns out frame-off, concourse restorations along with the occasional hot rod buildup. "I spent every day that I wasn't in school at the shop," he says about his formative years. Spend a few minutes looking at his FC and that becomes obvious. 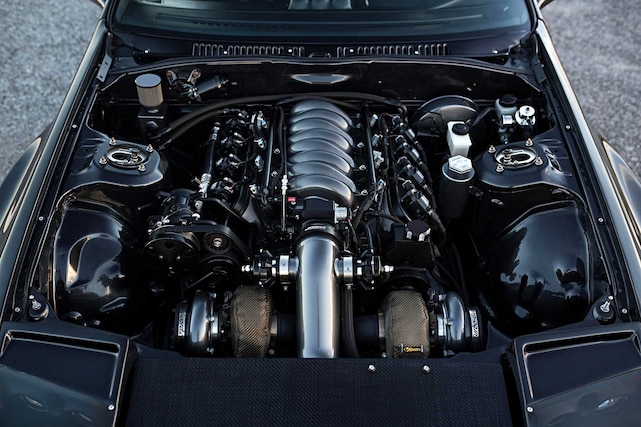 Will's project car history doesn't seem to follow any boundaries. "Naturally, being brought up around American muscle cars, I was drawn to modified V8s," he says. But friends directed his interest toward things like 240SXs and RX-7s, but only for him to combine both genres by way of small-blocks stuffed into almost every single one of them. It's not as though Will's got anything against things like SR20DETs or 13B-REWs, it's just that, for him, the LS makes a whole lot more sense. "Honestly, I don't have much experience with rotary engines besides general maintenance," he says. "When I bought my FD, it came with multiple plastic bins of what was once a complete 13B-REW that had blown coolant seals and was completely disassembled. Not knowing much about them and coming from a hot rodding background, I ripped the soul out, as some purists say, and put an LS in it." And which is exactly what he went on to do with that FC of his, too.

Will never planned on having an 1,100hp FC RX-7 with a Chevy V-8 under its hood. Nobody really does. "It was just [supposed] to be a fun daily driver," he says. "I've always liked the platform and I had a decent amount of parts left [over] from the different stages my FD went through." Planned or not, there are few better ways to go about decommissioning an otherwise perfectly fine daily driver—especially when it ends up making about eight times more power than what you really need. 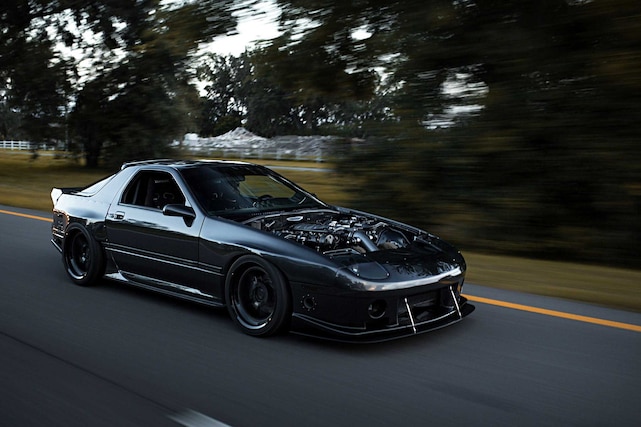 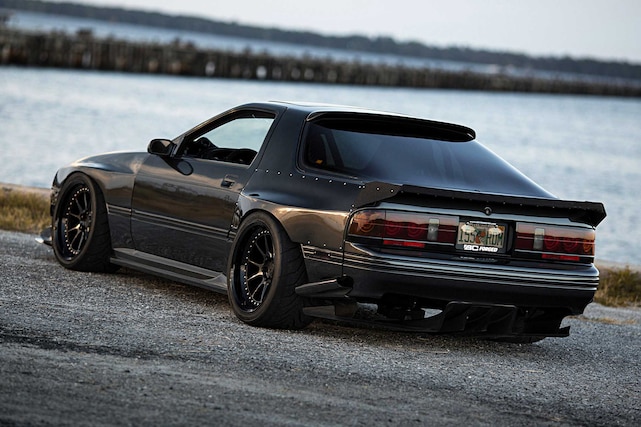 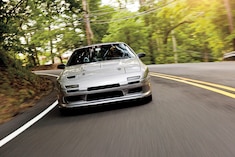 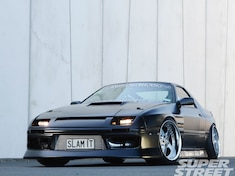 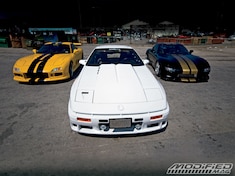 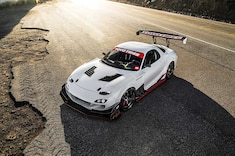 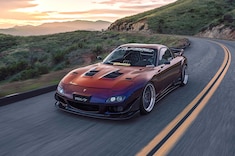 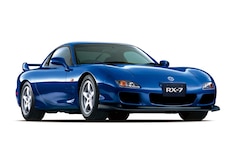 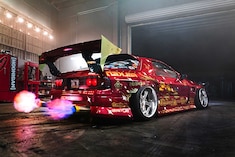