Four weeks, a tight budget, and a class record to take down 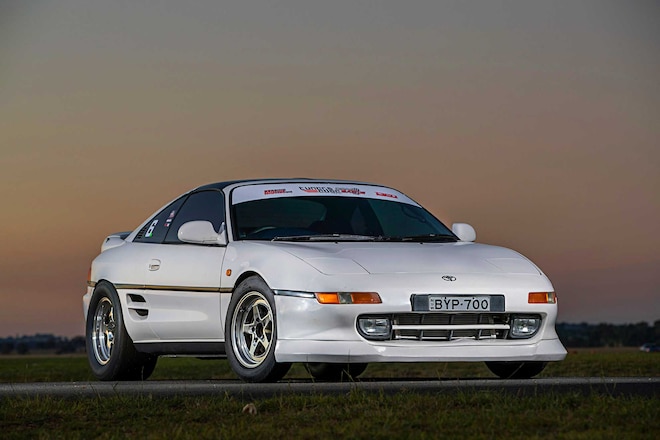 With its untreated surface and invite-only lineup of Australia's most experienced tuning shops, class wins at the Motive DVD Drag Battle and Nulon Nationals at Cootamundra Airfield don't come easy, and breaking records can take years of fine-tuning. BYP Racing and Developments took 28 days to accomplish both. 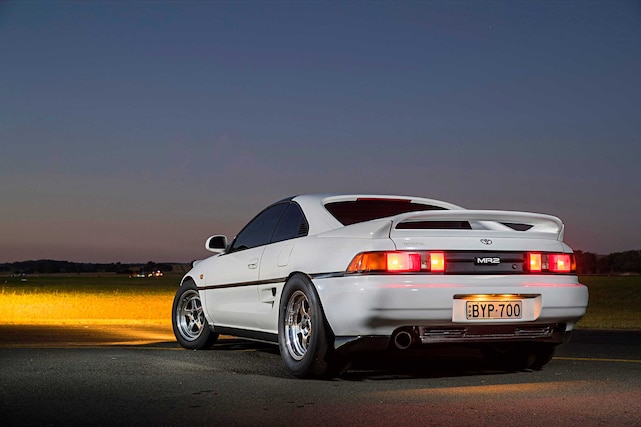 The MR2 that shook up this year's event is not a big budget build, either. Picked up for $2,000 AUD (roughly $1,550 USD) without any documents and delayed until the last minute due to other projects, it's a 620-bhp road-legal mongrel, built from spare parts. A demonstration of hard-wearing high performance that, less than a month after the spec sheet was drawn up, had taken the 2WD Drag Battle title and broken the 2WD four-cylinder record by 0.6 seconds.

It's an even better result than shop owner Benny Tran was expecting. "The initial build aim was to run nines on street radials at the local dragstrip, compete at Roll Racing, and break the 2WD record at Coota. I don't ask for much," he says, smiling. "A lot of people were surprised with the times it was putting down." 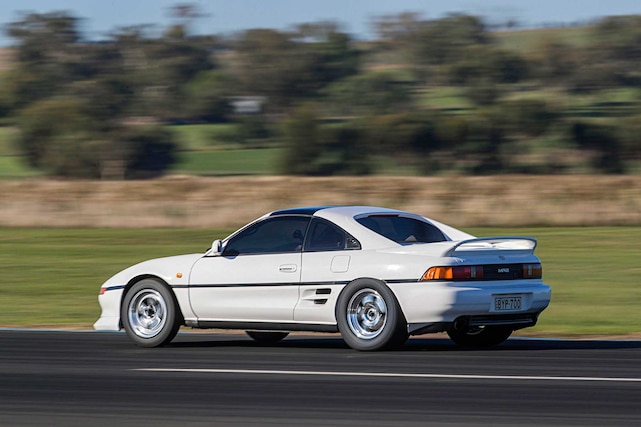 With a workshop located not far from Sydney Motorsport Park, it might surprise you to hear that Benny's not a man known for quick Toyotas; BYP is a Honda specialist with a proven track record in the World Time Attack Challenge and endurance racing. So, beneath the MR2's decklid, there's a turbocharged K Series doing the hard work here, but a suitable chassis for drag racing would mean stepping away from the norm. 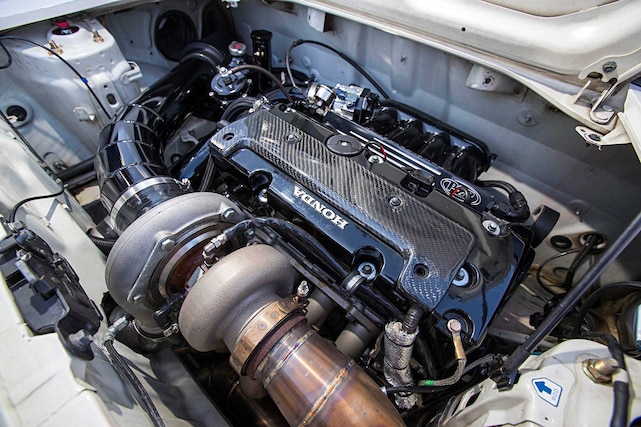 "The idea was to promote and market a very basic package that can run a 9-second pass on street tires," Benny explains. "Showcasing over 400 bhp on street radials with front-wheel drive is hopeless, and though the S2000 could work, it would need a lot of driveline upgrades to keep it together. So the MR2 was perfect-it's light, parts are easy to find, and the mid-engine puts all the weight over the rear axles for maximum traction."

It was also relatively easy to convert to a more familiar driveline, with engine mounts and driveshafts available off-the-shelf to streamline the build and let the team concentrate on upping the power. Even on a short deadline, plans evolved mid-build. The huge Garrett turbo comes paired with a K20A head and K24 bottom end, the last-minute capacity upgrade delaying final mapping until the morning of the event. With no teething problems so far, a little more boost could push the times down even further. 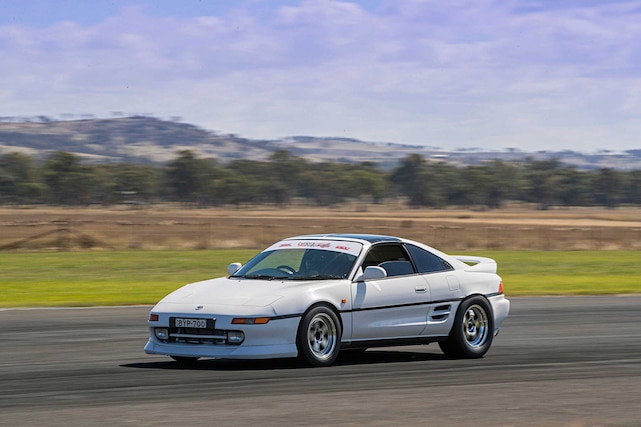 No regrets, then? "The K20A worked well but, having worked with a K24 for a lot of our builds, we switched the bottom end and it transformed the car," he says. "This is a development car, so we can show people who either want a K20 or K24 the potential power they make with a turbocharger behind it." 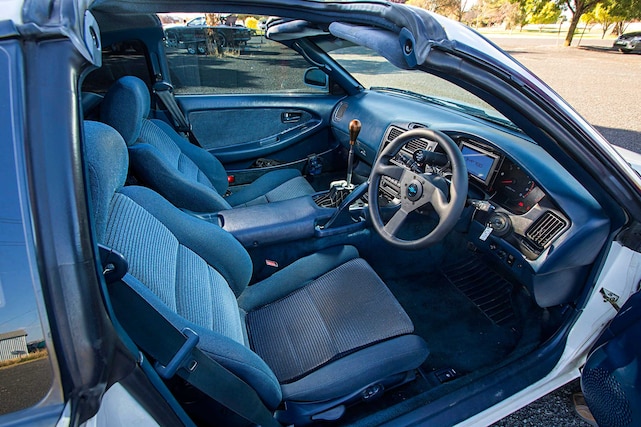 Keeping the budget tight meant sticking with a manual transmission; the original K Series 'box runs drag-spec gears and links up to an adapted Mini Cooper shifter through custom-built cables. BYP managed to package the entire cooling pack and water-air intercooler in the back of the car, leaving the front end free for the 35.0L fuel cell.

It's proved effective: a 10.1-second quarter-mile at 152 mph on a surface that typically adds around 2 seconds to the e.t. you'd expect at a treated dragstrip. As per event rules, that's on street-legal rubber, with a full interior. The MR2's tiny 1,100kg (2,425-pound) curb weight, based toward the driven wheels, meant it could squeeze every drop of performance out of its offbeat driveline without needing heavy chassis upgrades. For a record-breaking car, it's a bit of a sleeper. 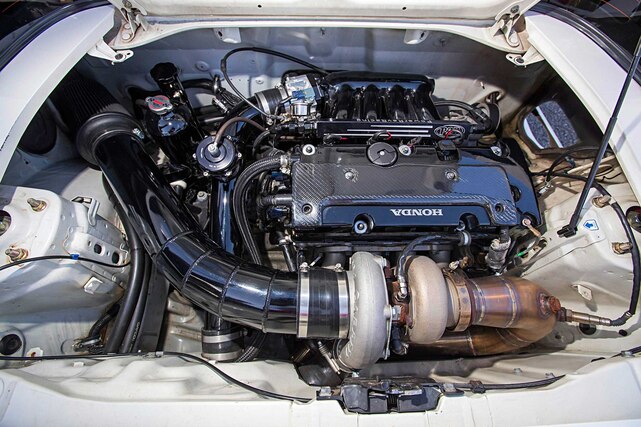 "We wanted to try something different: a car you can take to the track, run a number, and then drive home. Turning the boost up should get it into the nines but, with the targa top, you can take the glass panels out and go for leisure drives in the summer. It's turned out to be a great all-rounder." 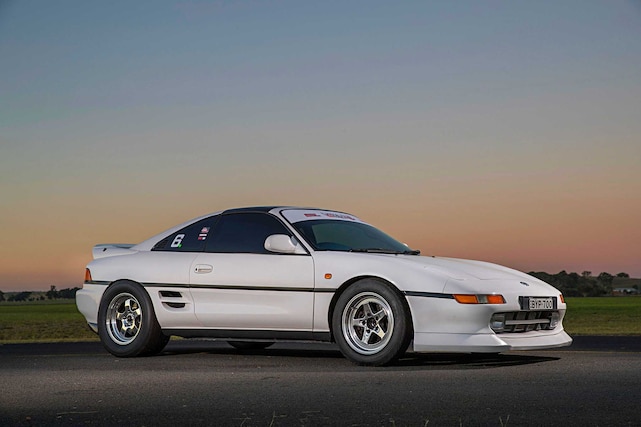 Reliable, road legal, and capable of upsetting builds put together over years and at much higher cost, the MR2 makes the start line at Cootamundra surprisingly accessible. This might be an unforgiving event, but as proof of street-ready performance, it's easy to see why Australia's biggest tuners can't get enough. 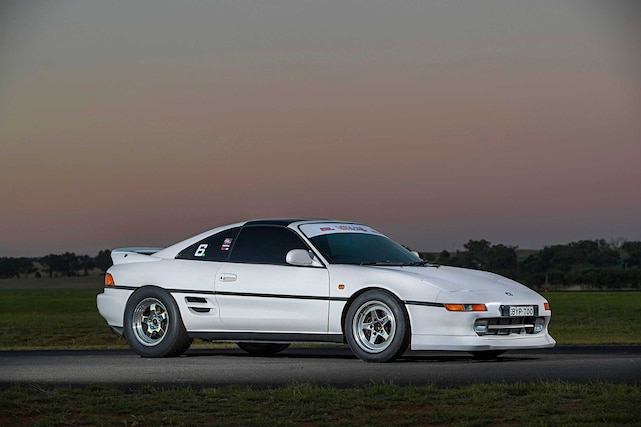 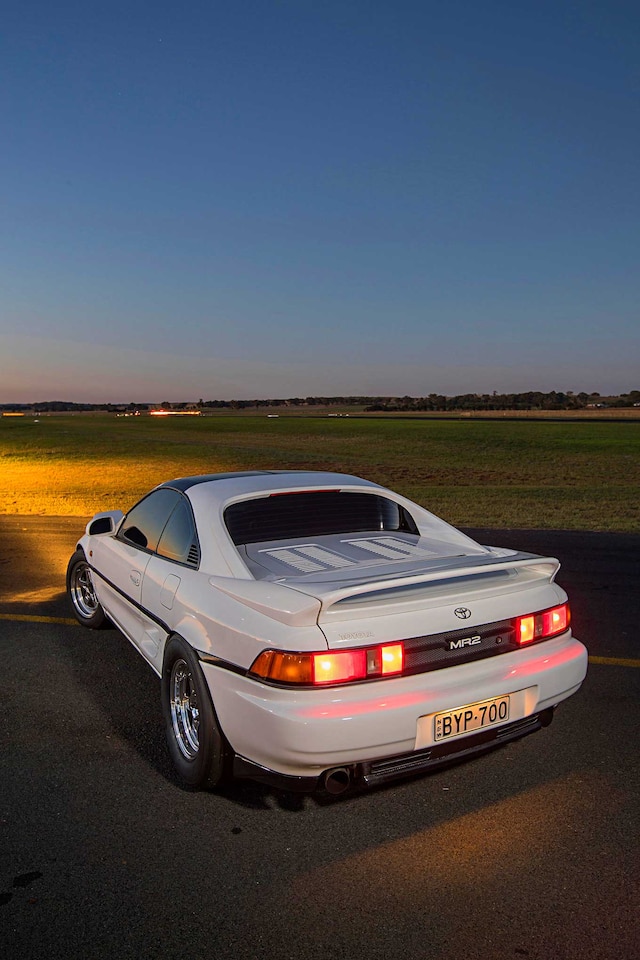