Car Shop Glow is known for LED lighting, but we discover they're about much more 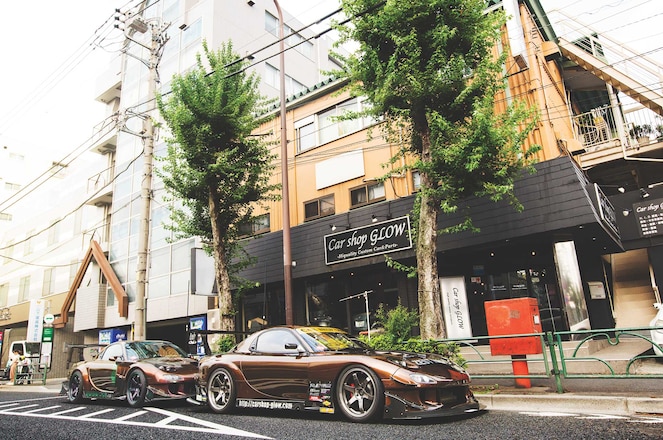 In the '90s, changing your taillights for a set of clear or Altezza-styled ones was easy and pretty affordable. Installation was a simple plug-and-play matter requiring a minimal amount of mechanical knowledge and that made the segment grow rapidly. Aftermarket taillights became available for almost any type of car, import or domestic. There are some cars, however, whose taillights people feel are their signature mark and would never change them. Cars such as the Nissan Skyline and 180SX Type X, along with the second-and third-generation RX-7 are just a few examples. However, there is one guy that thinks a bit differently and we set out to meet him. And with Melon Soda in hand, we hopped on the Fukutoshin subway at Shibuya and took a short trip to the northwest suburbs of Tokyo and pay a visit to Car Shop Glow. 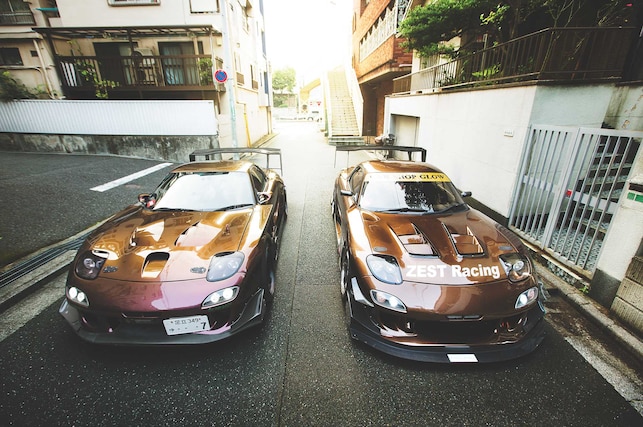 After a short walk from the train station, we finally arrived at Car Shop Glow. Started back in '07 by Yukimitsu Hara, the shop started out by selling HID kits and LED taillights. By far, Hara's most popular product has to be his taillights for what he considers the coolest car in the world, the FD3s Mazda RX-7. The taillights replace the signature circle design from the factory with a full set of custom LED ones. The new design creates a red outline, which serves as the brake light with the centers reserved for the turn signals. Even though the RX7 has aged, the lights add a modern, if not futuristic appearance to the car.

Most Japanese car enthusiasts know of Car Shop Glow, not only from the lights but also Mr. Hara's personal love for the third-gen RX-7, demonstrated by his project cars. Parked in his showroom were two prime examples which included Mr. Hara's personal FD and also one of his good customers, Zenji Hirai. Of course, both cars are equipped with Car Shop Glow's lighting and appear to have similar styling and color, but when you look closely, they are quite different. 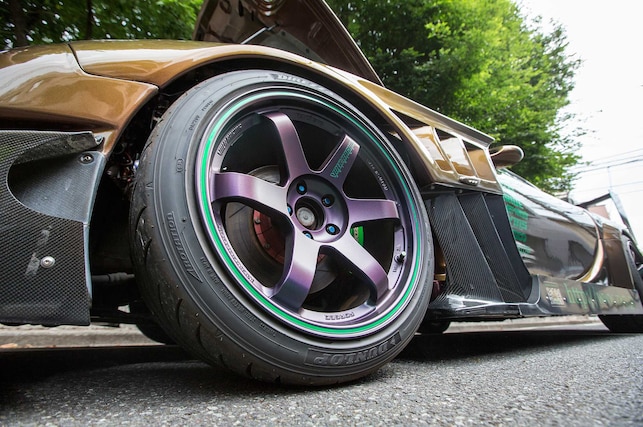 Starting with Mr. Hirai's '00 RX7, the first thing that grabs your attention has to be the color, which is no surprise since Mr. Hirai works for a powdercoating company. Even if you are not a fan of brown, you have to admit that seeing a Maziora Trapezium finish in person is pretty amazing. The shift to purple and green tints highlight the lines of a very aggressive design thanks to a mix of RE Amemiya, TCP Magic, and Scoot Sports aero parts. Green accents can be found throughout the car including on the Volk Racing TE37s, Saito rollcage and various goods under the hood. Even with its styling and engine pushing out 380 horsepower, it is still road legal as well.

Moving onto Mr. Hara's Car Shop Glow FD, seasoned RX-7 enthusiasts might mistake this current FD as his original competitive time attack which ran a 56-second lap time at Tsukuba Circuit's TC2000 road course; however this one is built for the street. It features Car Shop Glow's signature pearl brown finish. And while Mr. Hara's RX-7 may not be as aggressive as his customer's build, it still gives off a GT vibe from the RE Amemiya aero, Vortex GT wing, and plenty of diffusers. The interior remains pretty much stock except for the Recaro seat and OMP steering wheel. 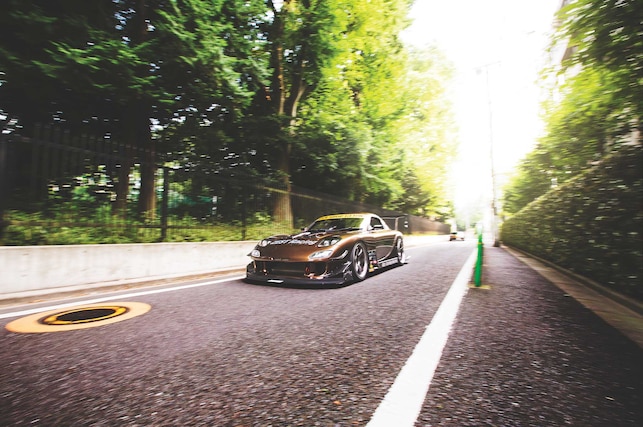 Albeit intended to be a street car, Hara still wanted it do be able to take on occasional track duties and achieve a sub one-minute lap around Tsukuba. He reached his target time with a 59.636-second lap-an extremely impressive considering the rotary is still running the stock sequential twin turbos. According to Mr. Hara, the majority of the time reduction came from suspension tuning.

Overall, Mr. Hara is satisfied with the RX-7 projects he has built; however, he plans to build a third one for '18 with 54-second target in mind. We'll be waiting in anticipation, but until then we're firm believers of Car Shop Glow and that they're more than just about fancy lighting. 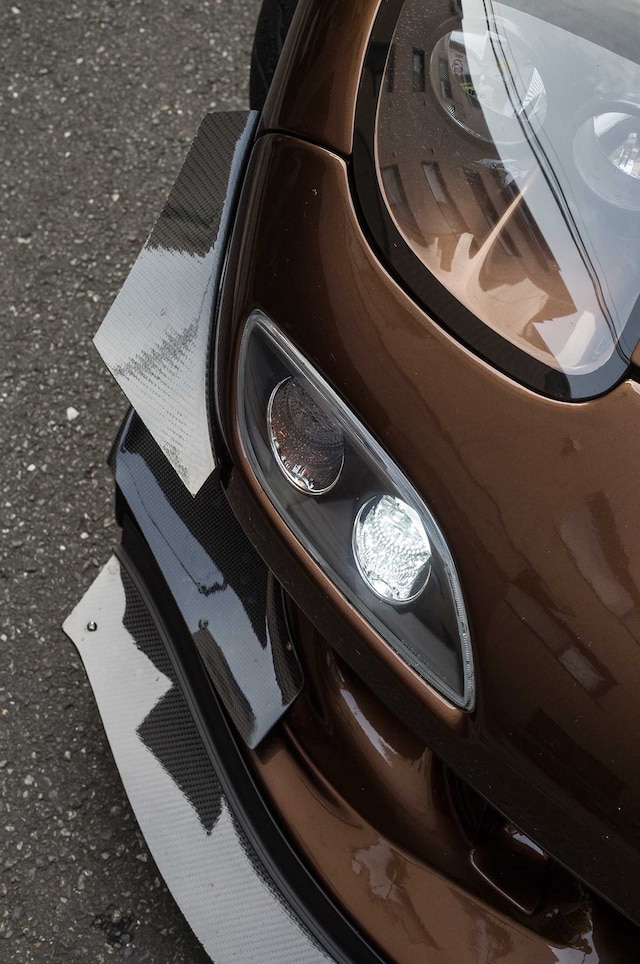 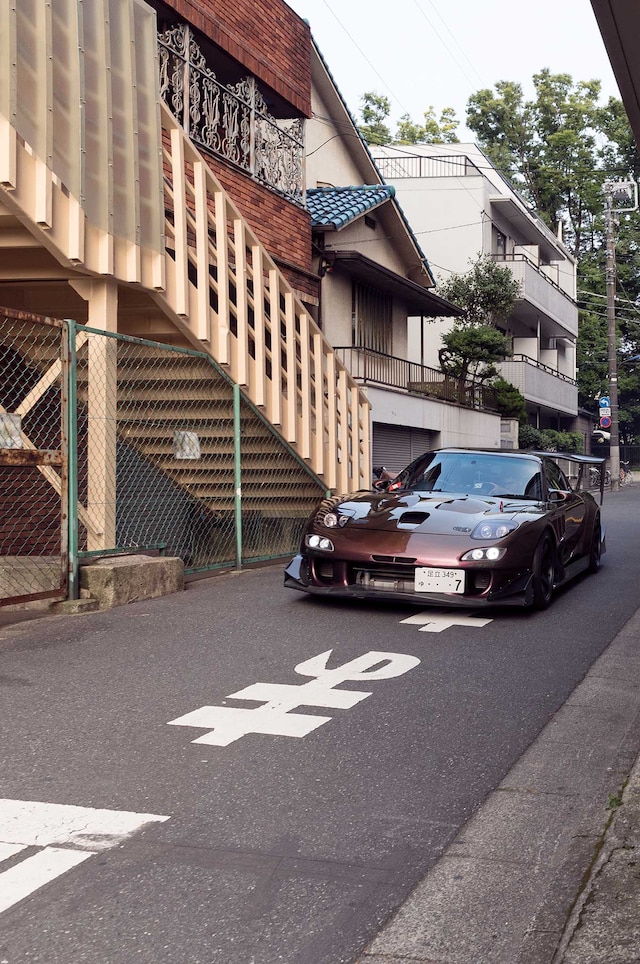