One of Japan's most stylish drift shops makes a smooth comeback 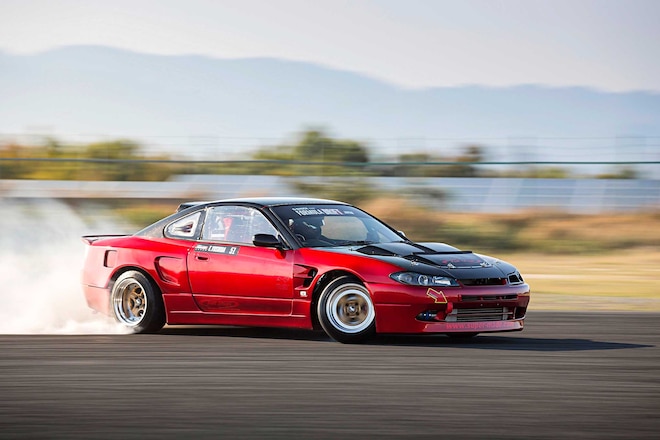 Style is a beautiful thing. How it's interpreted is special to you alone, no matter if it's clothing, personal grooming, a slam dunk, or cars. You choose a base platform to make your initial mark, but customization is where one truly shines. Take drifting, for example. You'd be hard-pressed to find a subculture that takes style more seriously than drifters do, and in Japan, where it all began, drivers and tuning shops kickstart trends before they sprinkle over the rest of the world. We've seen legendary trends come and stay, from mild to extremely wild, and they make a lasting impression on the thousands who aim to be just as unique when it comes to car modification. 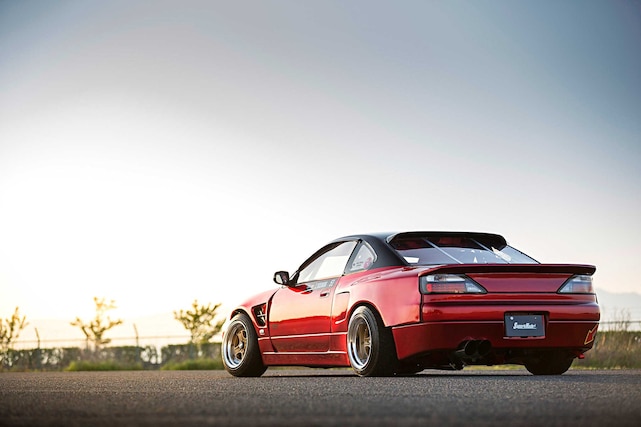 Super Made, a drifting specialty shop found in the Osaka prefecture of Japan, has an extremely eclectic sense of style that tends to not follow traditional norms: build cars that go very low, a little wider, and run smaller-than-average-sized wheels with meaty tires. You may recall a white Nissan S15 we featured on the cover in '11; their formula hasn't changed much. Shop owner Takanori Yoshida recently debuted this new S15 project that continues to embody the Super Made spirit within: still very low, wide, fat tires, and this time, a lot of power from an RB26 engine conversion.

After receiving a rolling chassis from a friend, Yoshida began the process of transforming the S15 into the beautiful machine you see today. The body was stripped, fully spot-welded, and a custom 10-point 'cage was fabricated before ample, beautiful coats of Candy Red paint were applied over the full Super Made aero, which makes up all of the exterior modifications. 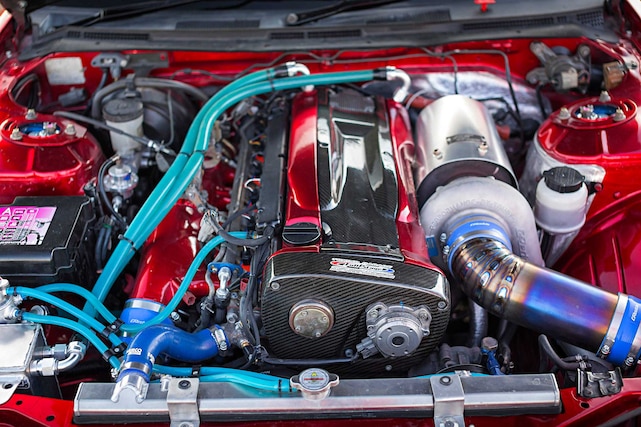 Next came the installation of the RB26, which had been fully built with HKS components and equipped with a large T78 turbo from GReddy. A custom-designed transmission from legendary GT-R tuning house Auto Gallery Yokohama was also installed, along with a NISMO limited-slip differential, to help get more than 700 hp transferred to the rear wheels—more than enough power to slide effortlessly in drift competition.

But as we mentioned before, the big trick with the Super Made S15 is its smaller 15-inch wheels, something that's more commonly seen on the older S13 chassis. It's not a difficult conversion—a simple exchange of the stock 5x114.3 hubs to 4-lug variants, which then allow the Work Equip 40 wheels to fit effortlessly. However, this conversion can still prove challenging as the power of an RB26 is much greater than what 15-inch wheels can typically handle, which means it takes true driving skill to achieve. Only a few, like Yoshida, can actually pull it off with success. "I want to prove that drift cars with 15-inch wheels can perform well at top-level drift competitions," he says. "Eventually, I'd like to finish on the podium at Formula D." 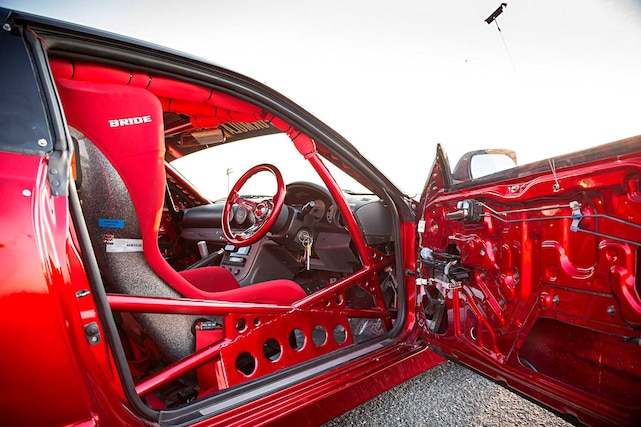 Though the past couple of years were quiet for Yoshida-san, we're happy he came back roaring with an S15 that has the heart of Godzilla and the quintessential style that helped put the house of Super Made on the map. Having said that, Yoshida's trying to get as much seat time as possible, since a car like this takes some getting used to. But according to our photographer JC (who saw the S15's first passes at the Maishima Hard Tuned Meeting), Yoshida has no problem getting it sideways, redlining third gear, and hitting corners with precision, plenty of smoke, and, naturally, plenty of style. What a beautiful thing... 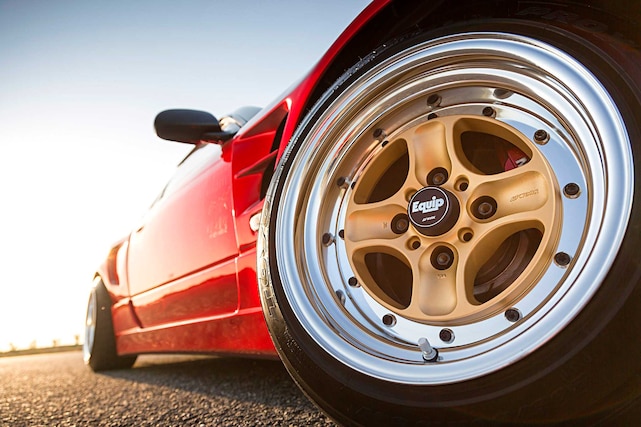 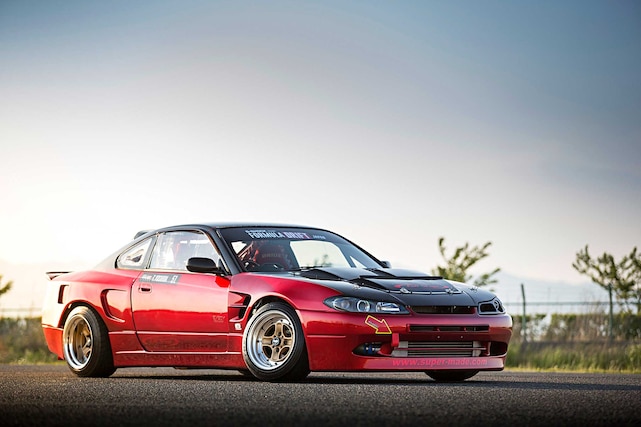 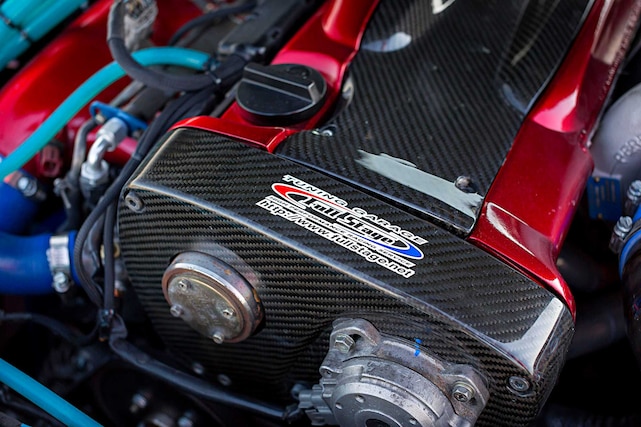 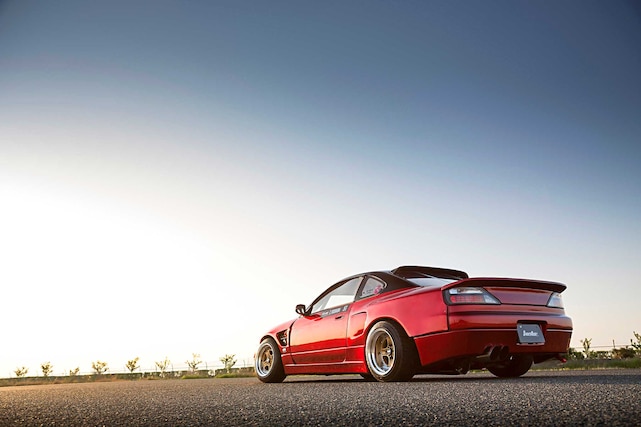 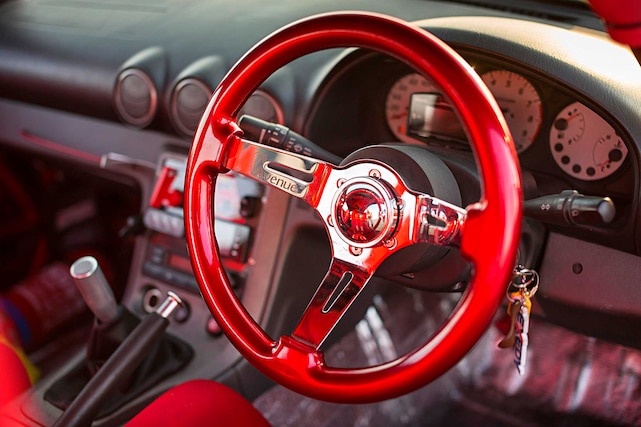 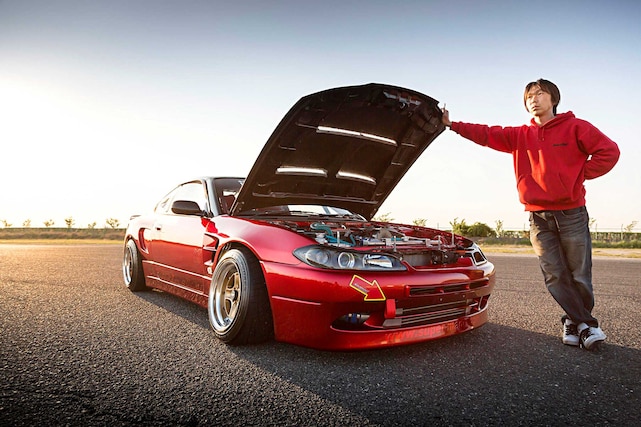