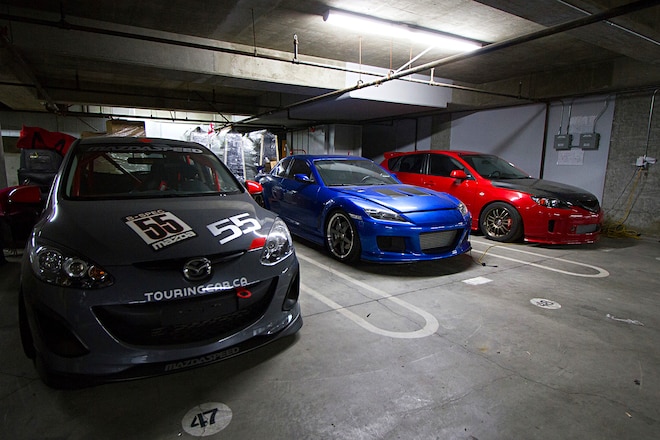 A few months back, we featured the first part of our visit to the car collection down in the basement of Mazda North American Operations' (MNAO) R&D facility in Irvine, Calif., which took a look at the race cars and motorsports machines from the automaker's past now sitting in storage. We finally got around to completing the second and last part to our story — an overview of the historical, concept, and show cars in the collection, which one might (correctly) assume has a lot of rotary, and a lot of Miata.

Our tour guide was MNAO's Product Communications and Public Relations specialist Jacob Brown, who explained to us the building above the collection houses Mazda's design, engineering, and research departments, and should not be confused with MNAO's corporate headquarters, which is in a different part of town and just opened in May 2017 after decades in another building. Interestingly, those engineering and design departments report directly to Japan and not MNAO necessarily; global collaboration is par for the course at Mazda, with design studios in Tokyo and Hiroshima, Japan, as well as one in Frankfurt, Germany, and all of them often having a hand in any new product Mazda dreams up.

Brown makes it a point to remind us this is a "collection" and not a "museum" because it's nothing like a traditional museum. Plus, all these cars are raced and/or driven as much as they can be, which is something you won't find in a typical museum. 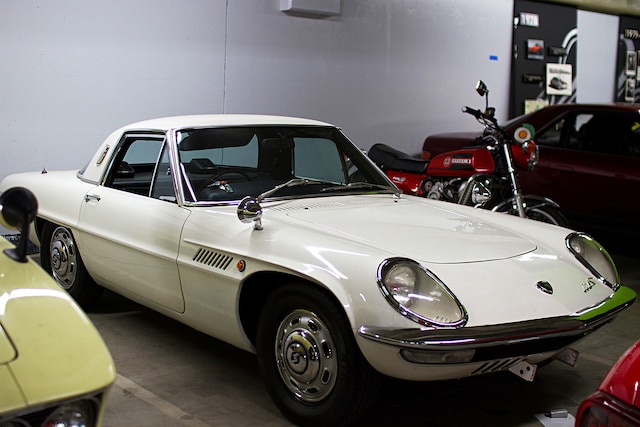 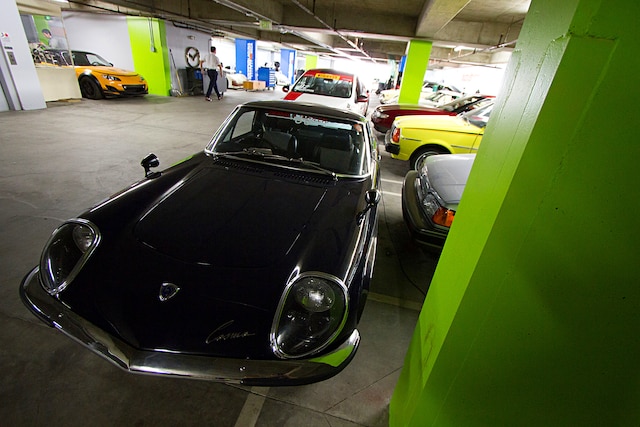 You can't talk about what Mazda has contributed to car culture without bringing up the rotary engine, with the first-gen. Cosmo successfully launching Mazda's Wankel engine program. As the story goes, following World War II the OEM was compelled by the Japanese government to either consolidate with another automaker or come up with a new vehicle technology; Mazda opted for the latter, and set out to perfect the rotary engine. In 1961, it procured a license from German company NSU to produce and sell rotary engines in Japan, and three years later Mazda's best and brightest engineers — informally dubbed the "47 Samurai" — debuted their 2-rotor production version of the Wankel, a power unit developed from NSU's single-rotor mill. Some 1.99 million rotaries have been produced since, and Mazda still has a factory in Japan next to its Miyoshi Proving Grounds that makes reproduction rotary engines.

1,176 Cosmo were made between 1967 and 1972, with just 300 short wheelbase models produced and sold in 1967 and a little bit of 1968. The platform and its Wankel engine's first big international motorsports test was the 1968 Marathon de la Route, an 84-hour race around the Nurburgring where one Cosmo finished as high as fourth place, just missing the podium. There are two Cosmo in Mazda R&D's collection, a short wheelbase version from 1967 and long wheelbase iteration from the 1972 model year. 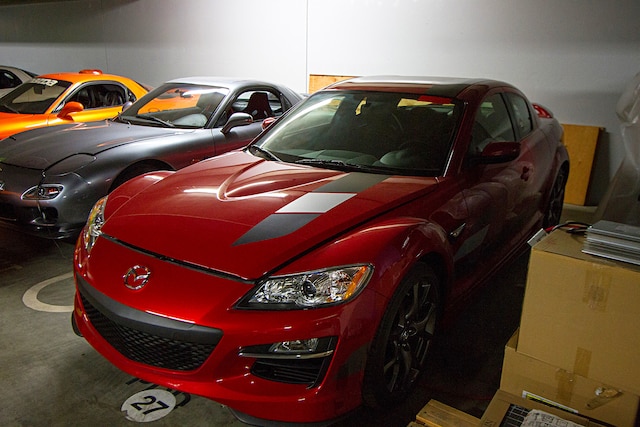 Of course, younger generations are more familiar with the rotaries that came in the RX-7 and RX-8 sports cars, and there were several examples in the collection, including a 1985 RX-7 GSL-SE and 1988 RX-7 Tenth Anniversary Turbo II. The final rotary in an RX imported to the United States is also down here, a 2011 RX-8 with the R3 package; to this day the car has only 79 miles on the odometer. 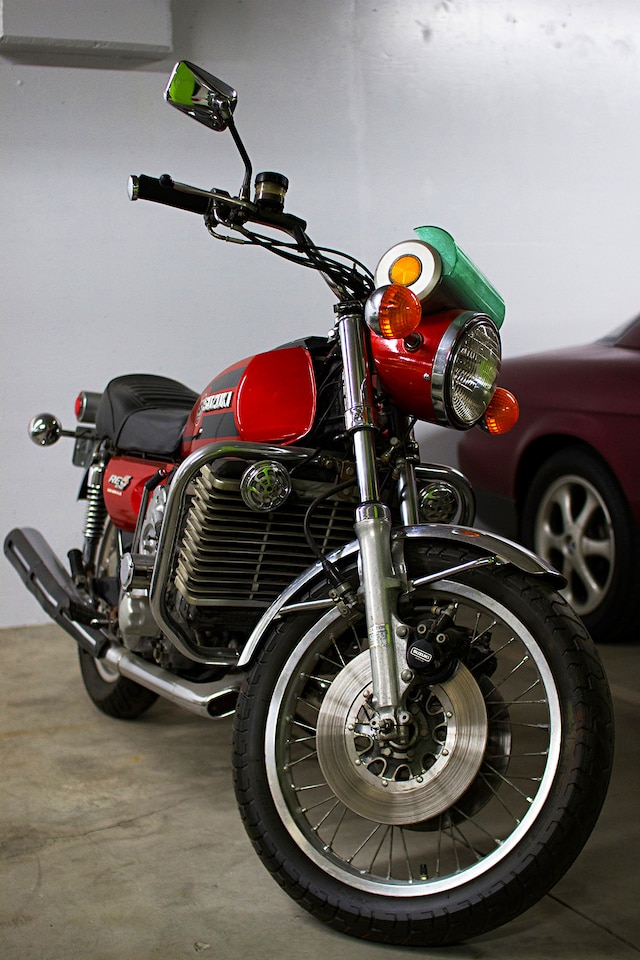 Over the last half century, Mazda has tried to put a Wankel engine in pretty much anything with wheels. Some might be familiar with its Rotary Engine Pickup truck (REPU), of which 14,000 were made and sold between 1975 and 1978, but did you know there was a front-wheel drive with a rotary? The R130 Luce is the only FWD rotary-powered car Mazda ever made, and of the 900 produced one resides in Mazda R&D's collection (albeit without an engine). Mazda also teamed up with Suzuki to produce the RE5, a motorcycle motivated by a single-rotor Wankel power plant developed by Mazda. 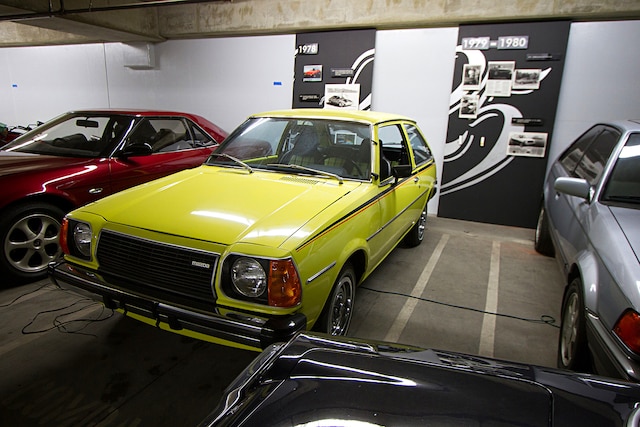 While Mazda may be known among enthusiasts for championing the Wankel mill, it's a piston-driven offering that put the automaker on consumers' radars, the 1.5L inline-4 GLC — which stands for "Great Little Car" and was sold in other markets as the 323 and Familia. Not far from the GLC sat a 323 GT-X from the vehicle family's next generation, a turbocharged 1.6L all-wheel drive that came with a five-speed manual transmission; the platform was a Group A rally homologation chassis that proved Mazda's cars didn't need to run on triangles in order to be performers. 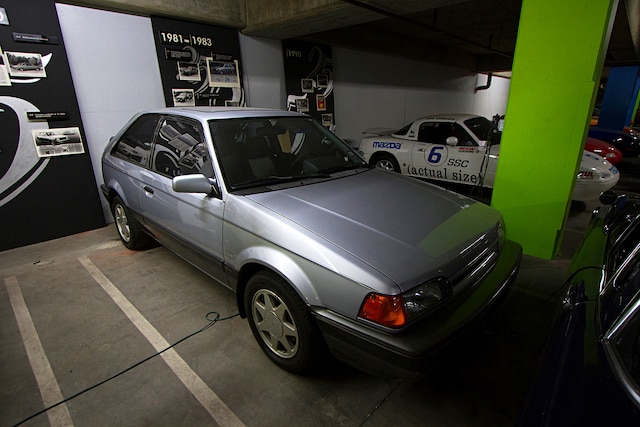 More recently, Mazdaspeed (MSP) — its in-house performance division — has become synonymous with Mazda performance, hotting up models like the Mazda3. While currently there are no MSP cars in the lineup, down in the basement we came across the world's first Mazdaspeed3, the development mule for the Mazdaspeed Protege, and the world's only Mazdaspeed RX-8. 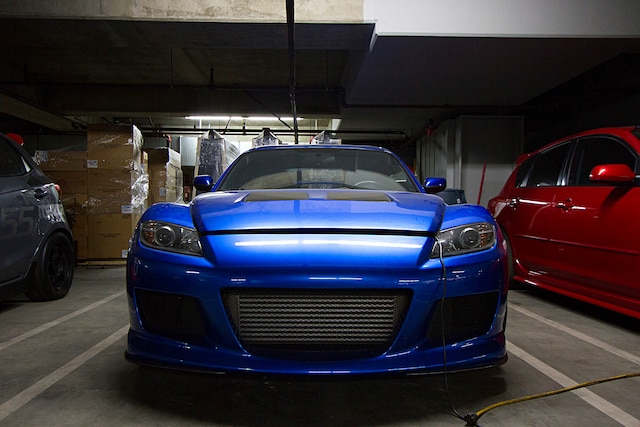 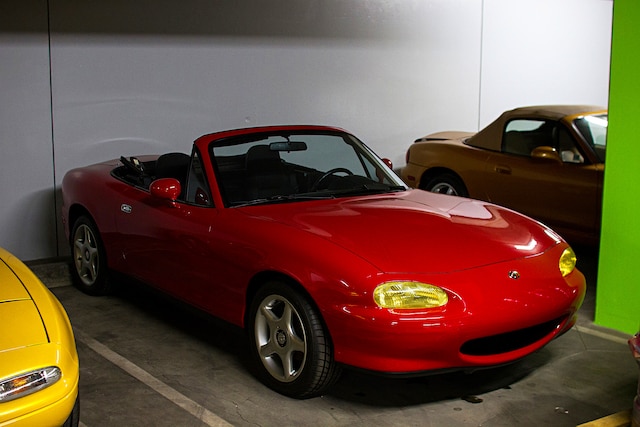 Mazda's lovable (and perfectly tossable) roadster took up a sizable chunk of the collection's real estate, including a modified Sunburst Yellow Miata that appeared at the 1989 Chicago Auto Show; MNAO engineers chose to massage the car's looks a bit — much to Mazda Japan's chagrin — in order to illustrate its customization potential. The world's only 1990 NB Miata is also down here, even though production of the generation ran from 1998 to 2005; apparently MNAO's Senior Manager of Design — an ex-Chrysler employee — wanted to infuse a little Viper into the car's looks, which you can clearly see in the mule. A couple of Mazda's many "Speedster" concepts are also in the basement, but our favorite roadster was actually the hardtop 1995 Miata M Coupe, which borrows styling cues from the FD3S RX-7 — look at the car's B-pillar and double-bubble roof to see what we mean.

We leave you with a handful of other significant MX-5 Miata in the exhibit, like the 500,001st one produced; the 700,000th one produced, a red Mazdaspeed offering; and the MX-5 Miata Super20. The collection also boasts one of the limited edition 25th anniversary MX-5, which came out in 2014 and was the only NC Miata in Soul Red and with a power retractable hardtop. Of the 1,000 manufactured, just 100 were brought to the United States, and those sold out in a remarkable 10 minutes. 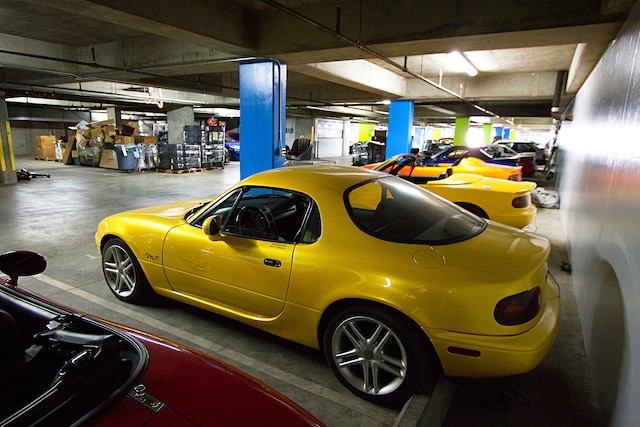 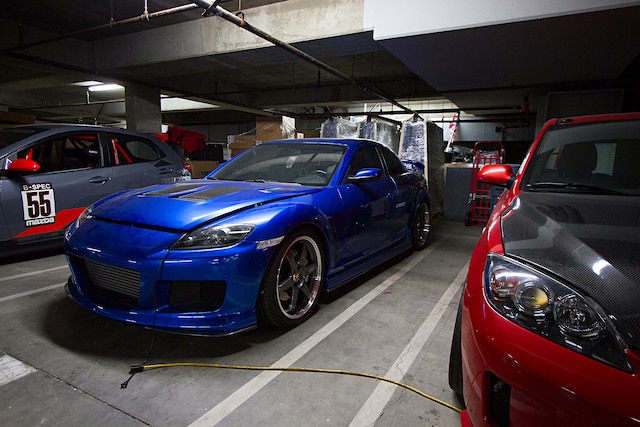