The EXO car, and why chopping up perfectly good Integras and Miatas is a good thing 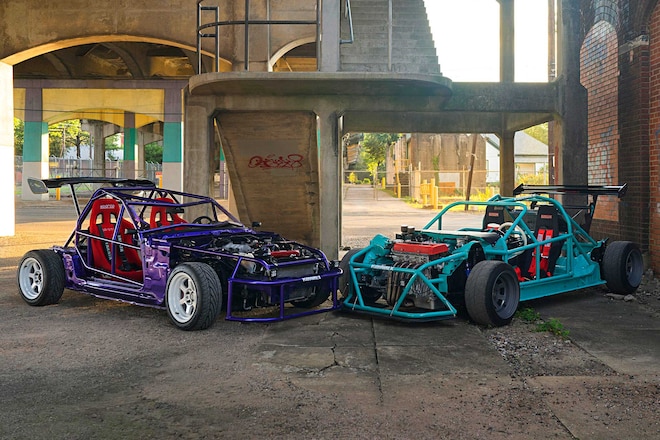 The closest you've ever come to knowing anything about an exoskeleton car was the time you dropped your blueberry Cronut on an Ariel Atom's K-series at that one Saturday-morning's Cars and Coffee. But before you hotfooted yourself back toward that settlement of Civics and 240s you came from, you noticed one very important thing: exo cars like that Atom are defined by those visible frames of theirs.

THE EXO CAR AND WHAT YOU DON'T KNOW 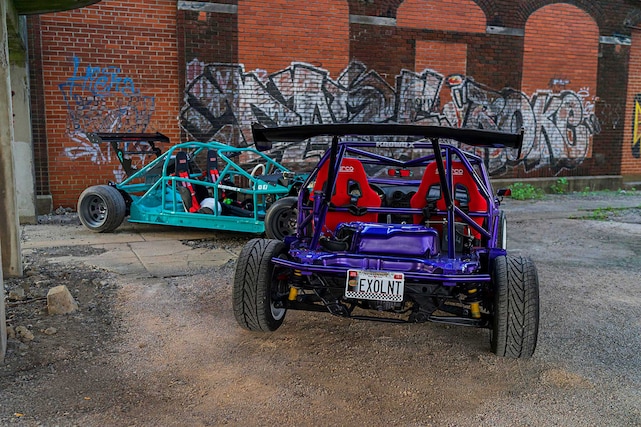 That inside-out arrangement of the exo car's frame is its most obvious characteristic, but it isn't its only distinction. Here, an exo car's wheel's are positioned outside of the frame or uni-body, not unlike what you'd find on an open-wheeled race car. And its structure is a cross between that race car and just about every body-on-frame sedan on the 405 Freeway. Here, a pair of ladder-shaped bars span longitudinally along each side of the car, encapsulating its occupants and making sure things like doors no longer fit. Most of the time a more conventional rollcage ties into all of that and with everything you'd expect, like a main hoop, a harness bar, and tubes that connect to the shock towers at each end. Everything else is fair game, though, including engine and transmission arrangements and fuel and cooling systems that can be as simple or as complex as you make them. 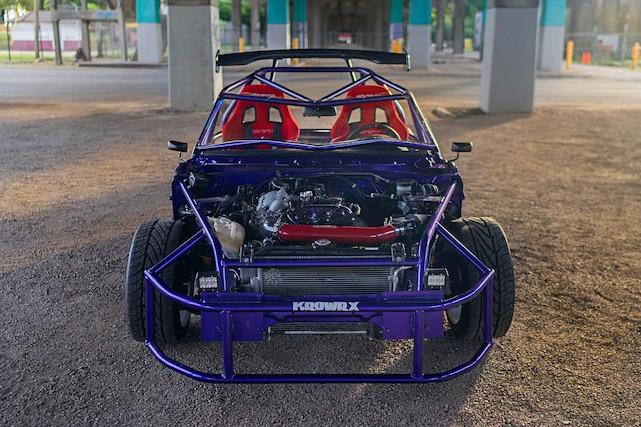 Knowing what exactly an exo car is and knowing that you want one doesn't mean you're qualified to execute any of that. And you wanting to turn your Honda into one as opposed to plopping down $65K for an Atom only makes things harder. It starts with knowing where and how much to cut from the original uni-body and ends with fabricating a series of tubes that won't compromise anybody's well-being.

Or you can just have somebody like Krowrx do the whole thing for you, the Birmingham, Alabama-based firm that's been hacking up cars like perfectly good Integras and Miatas for more than two years now. "I was tired of trying to get everything so clean," Krowrx co-founder JD Durham says about his RX-8 that led to all of this. "I wanted something different so I gave it a shot, and it turns out that it was a hit." 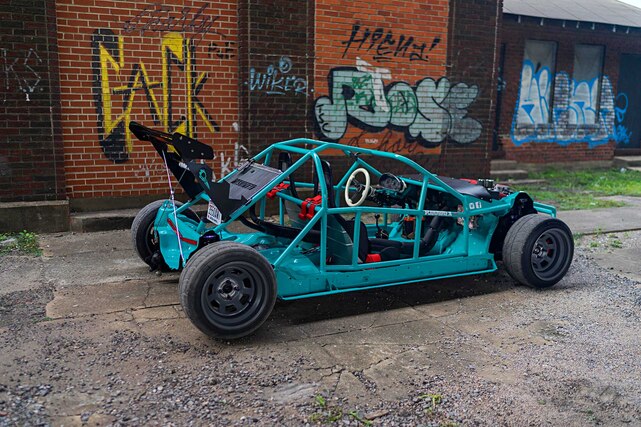 And by "hit" he means he and his business partners—Michael Zuk, Wesley Boozer, and Colby Redman—have got customers lined up willing to pay money to have their roofs lopped off and their windscreens tossed aside. "We want everyone to be able to enjoy one," JD says about the open-air experience, not to mention the absurd power-to-weight ratios ditching all of that metal can lead to. "They're a blast a drive, and you can use any car to do this." 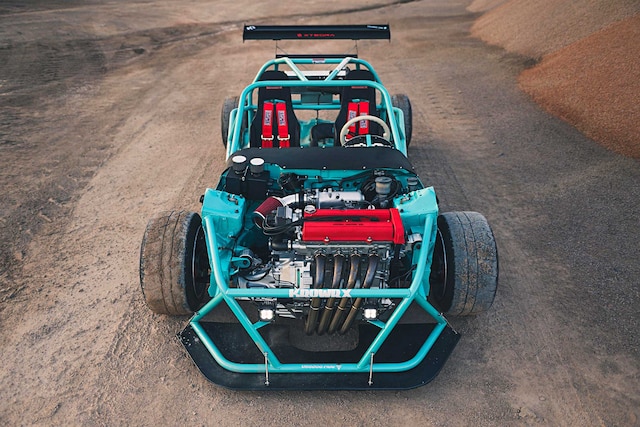 Find yourself a third-generation Integra with its original powertrain and body panels with matching VINs all around and your first bright idea wouldn't be to tear into it with a reciprocating saw and a plasma cutter. That's because you're not Krowrx, who doesn't lose sight of the bigger picture and who isn't afraid of lopping up a perfectly good Honda while doing so.

"It was a straight-bodied car and we cut it up," JD says as he laughs about it, going on to point out that the whole thing weights about 1,400 pounds now, roughly half its original weight. The low curb weight means the engine didn't have to be extensively modified to make the car scoot. "It feels like it's making 300 hp now," JD says, even though it isn't. A high-flow header is one of the engine's few modifications that might actually contribute to any power gains. 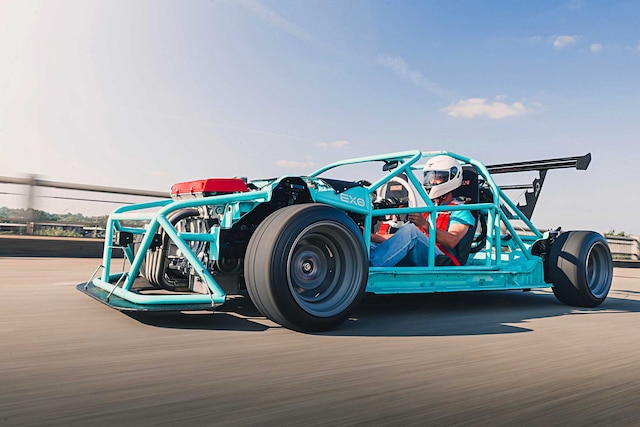 And that's OK, because the Xtegra is just as much about the driving experience than anything else. At least that's what JD points out. "It's like riding a motorcycle with that open-air feeling—the freedom you get driving one of these is just amazing." 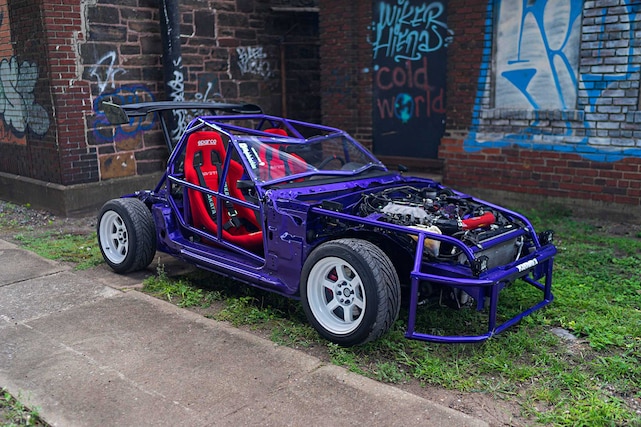 In two years' time, Krowrx has transcended from chopping down and building up its own cars like its RX-8 and the Xtegra to taking on all manner of projects for its clients. Projects like Sinh Nguyen's M-EXO-5, a Miata-based exo car that was in many ways a first for JD and company. "There's a lot more meat at the frame supports," he says about the difference between chopping up a convertible like the Miata as opposed to an Integra. Differences that mean several more hours spent cutting, trimming, and shaving.

Like the Xtegra, the M-EXO-5 remains surprisingly stock. Its engine hasn't been opened up, its transmission's only been pulled aside for a grabbier clutch and a lighter flywheel, and non-Mazda suspension bits are limited to its Bilstein dampers and MSM springs. "We had to analyze the mounting points, and we tried to follow all of the car's original body lines," JD says about the structural aesthetics, going on to point out that all cuts were made above the car's pinch welds in order to preserve as much integrity of the chassis as possible. 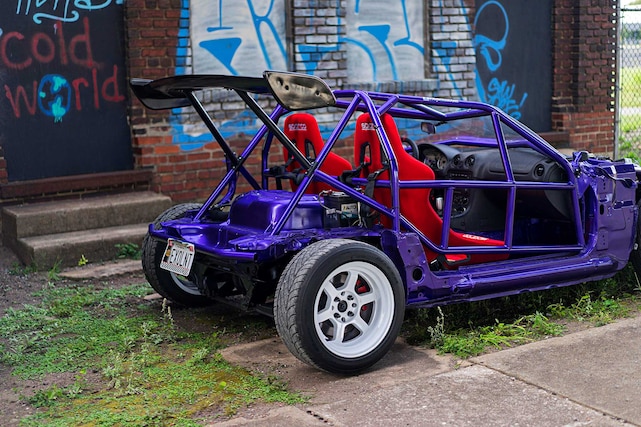 "This all started with my RX-8. I just got into it and really enjoyed tearing stuff apart," JD says. "It was one of the cleanest RX-8s I'd ever seen. It was a clean, crisp car, and I just said 'screw it,' and started taking things apart."

BUT ARE THEY LEGAL? 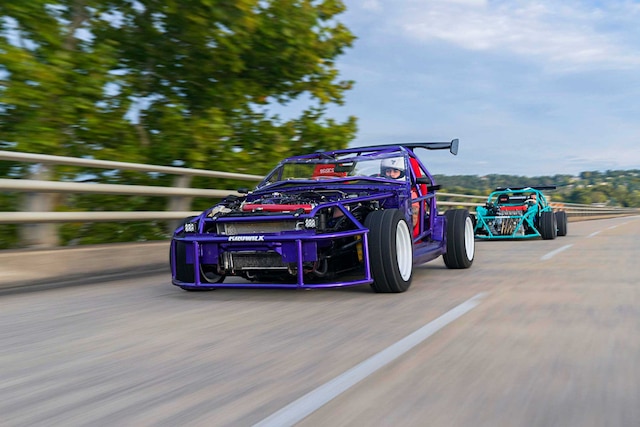 The answer is yes, no, and it depends on where you live. Every exo build leaves Krowrx's garage with working headlights and taillights—something all states require, but other parameters aren't as straightforward. Those Lexan windshields that Krowrx typically uses, for instance, aren't acceptable glass replacements in all 50 states. And those side mirrors that Krowrx usually omits, your motor vehicle department may have a problem with. Structurally, though, those bureaucrats won't have much to quibble over. "It's just the upper half of the body that's been removed," JD reminds us, "so it doesn't change much structurally." If anything, the 'cage work says it's a whole lot stronger than anything you'll have started with. 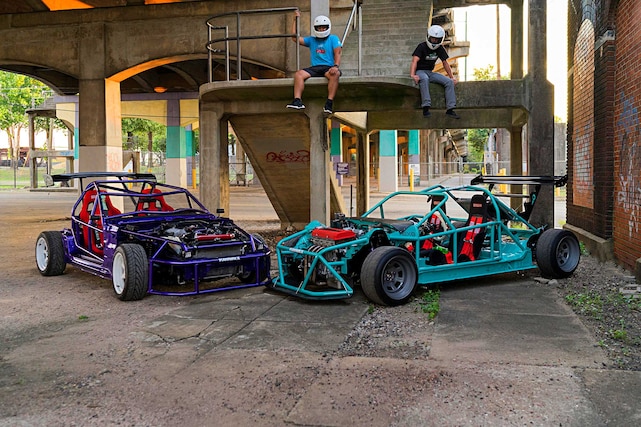 According to JD, the whole things starts with a properly running car. Any car. "If you want to sell any of its parts," JD says about some of the things you'll no longer need and that'll help allocate funds toward the build, like those bumpers and doors, "do that first." Before the saws are pulled out, though, JD and his team want to have a talk with you. "We want to sit down and discuss your theme as far as the cage goes," he says. Structurally, the 'cages don't change a whole lot; they're all based upon NHRA or NASA rulebooks, for example, but are typically customized. "We take care of the safety aspects first," he says, "and then we integrate your design." Following fabrication, suspension upgrades are made, if any, and depending on the application, updates to the engine can be made, too. Once it's been painted, which is also done in-house, the keys are handed back to the customer. According to JD, the whole process takes between four to six weeks and can run between $4,000 to $6,000. 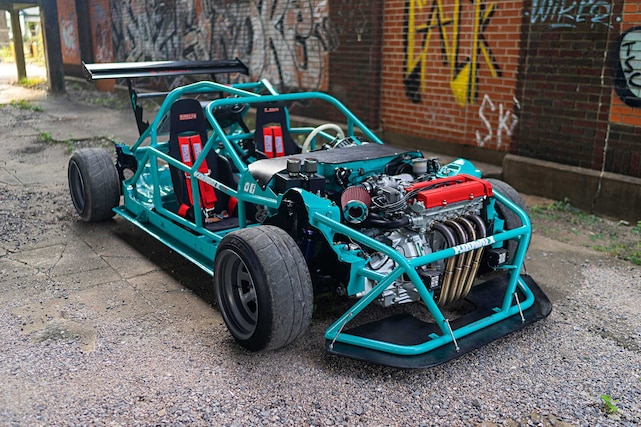 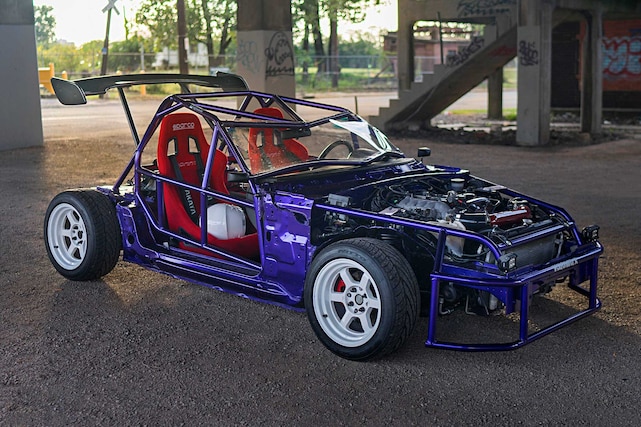 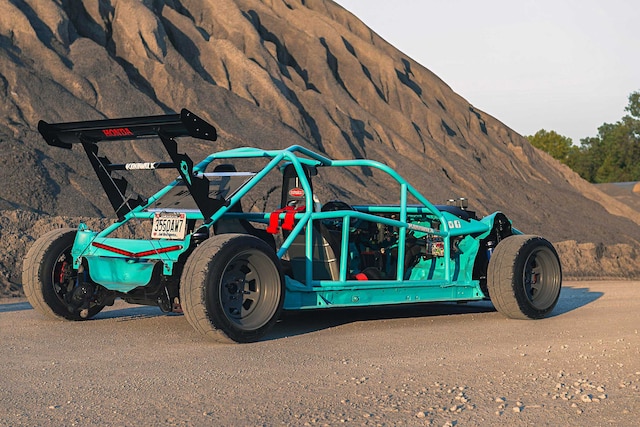 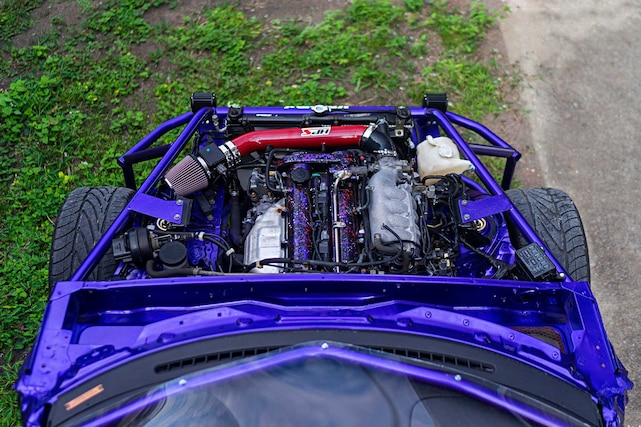 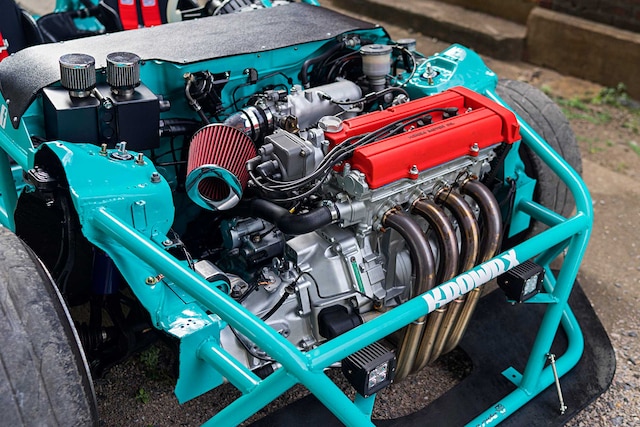