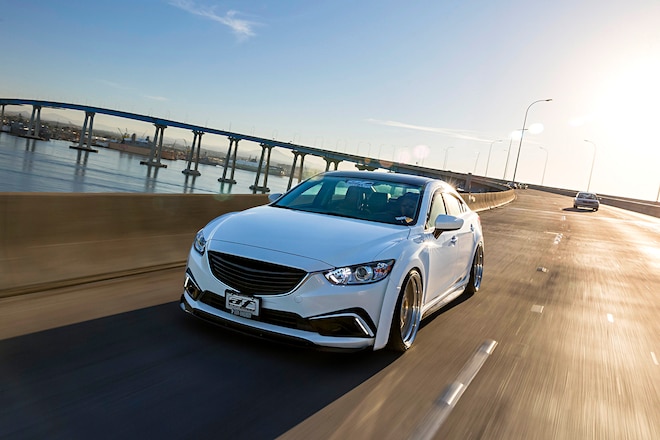 It can be a challenge figuring out how to build a car that's going to stand out. On one hand, you follow a tried-and-true route, but at the risk of becoming another number and falling right into the "been there, done that" category. Go too far off the deep end of being unique and that's like offering free ammo to the trolls. When you DGAF what others will think and need to switch things up, like Elroy Paule did, you go for it with a Mazda 6. 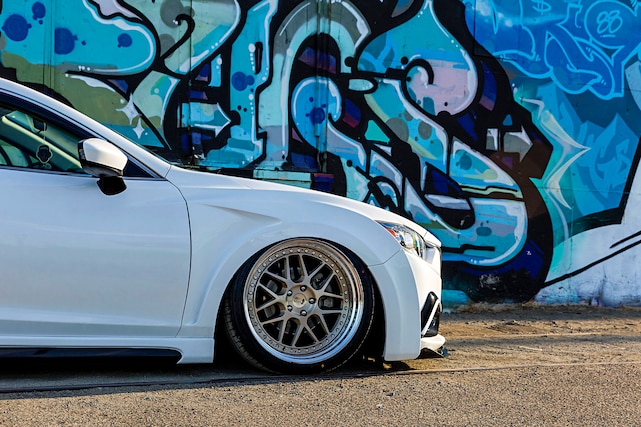 Of course, it helps that Elroy has a shop like Autofashion to get it dialed in properly. Through their connections, he learned of a Japanese company by the name of J-Unit, which needed partners to collaborate with for a project they were interested in debuting at the '15 SEMA Show. "Freddy [Fernandez, Autofashion's owner] had a lot on his plate with the Rocket Bunny Boss S14 build at the time, so he asked me if I wanted to take it on," he recalls. "I was skeptical at first because I was unfamiliar with the Mazda 6 and what its potential was." So, naturally, like anyone else would, he did his research. "I had to make sure it could become my new daily driver because my previous car, an '04 Scion xB, was super practical. It was great on gas and had tons of space for my side gig as a DJ."

With only 30 days on the clock and ticking, Elroy sold the xB for the Mazda 6 and entered himself full-speed ahead into the process the industry collectively refers to as the "SEMA crunch." The bulk of the work is cosmetic, with the J-Unit body mods reshaping the fenders both front and back, adding newfound definition to the stock lines in addition to the front lip spoiler, rear lower garnish, and side skirts—and it's a really good look once you take a step back. To get the frame down on the ground, he used AirREX air suspension powered by a Viair compressor and supported with a pair of Specialty Suspension tanks. The factory fenders had to be extensively reworked in order to fit the 20-inch Superstar wheels, but the end result is pretty spectacular. As such, the collaborative effort between Autofashion and J-Unit was a success. 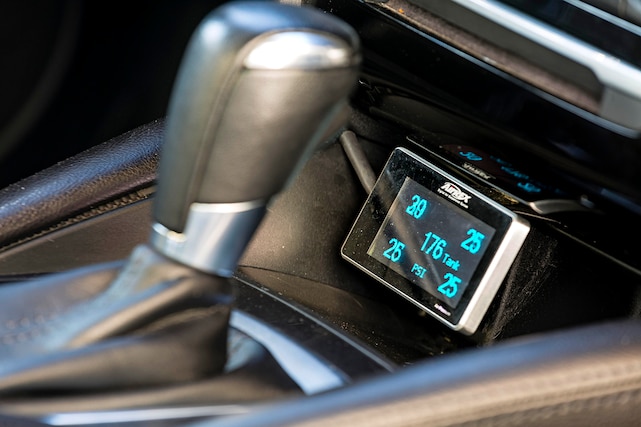 "It came down to the wire, but the 6 made it," Elroy says. "Since then, I've hit the show circuit nonstop, and I'm putting on plenty of miles doing so. What fun is having a nice car if you can't enjoy it, right?" We couldn't have said it any better ourselves. 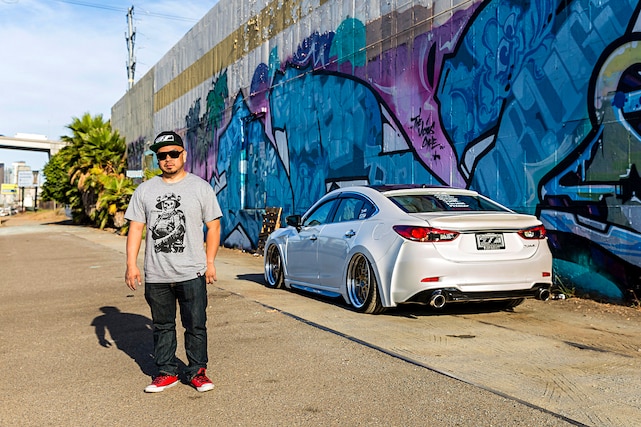 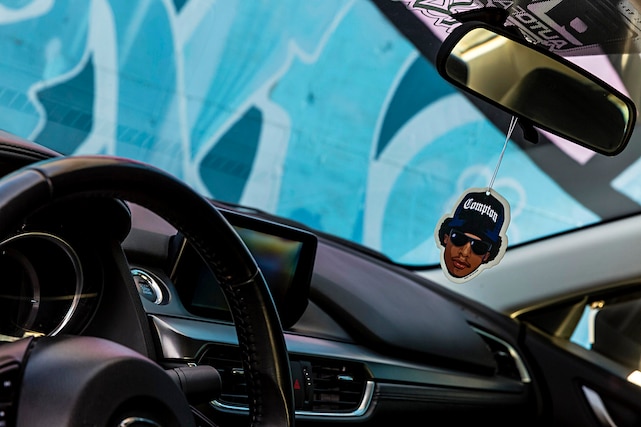 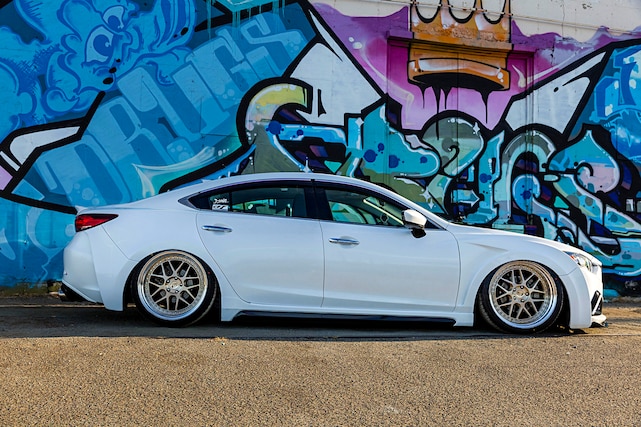