Going green for all the right reasons 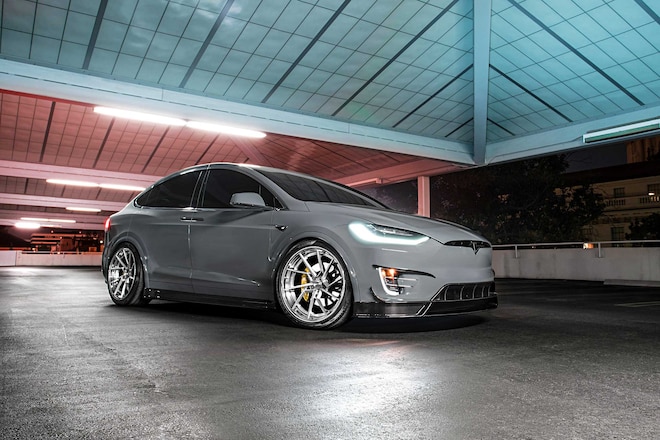 There are bigger earth lovers than Marc T. It isn't as if he's going around pouring used tranny fluid into duck ponds, but he didn't go Tesla shopping for the same reasons somebody like Leonardo DiCaprio did. "I don't care about the gas savings," Marc will tell you right away about the daily driven all-electric crossover and to the disappointment of the guy who's got his own wind farm. "That's not why I bought it." 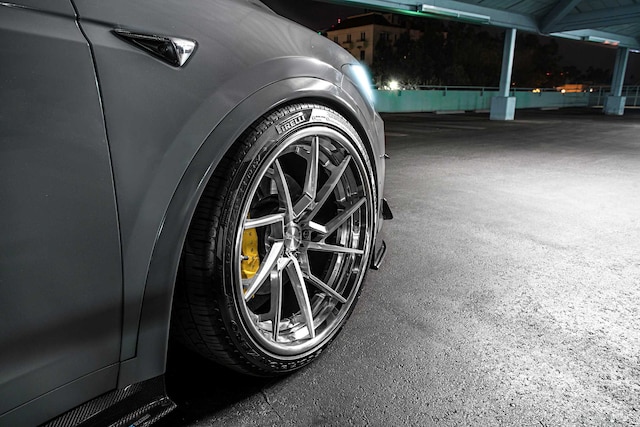 Know that, historically, Marc does things like twin-turbocharge Lamborghini Huracans, for instance, and not appoint Chevy Volts with moon discs, and you'll know the impetus of this particular Model X isn't what you'd think. For Marc, his roots run deeper than the Italian and German sports cars he's known for, spudding at the sight of a sixth-generation Civic hatchback some 18 years ago. "I started at 15, without any money," he says as he goes on to talk about the car that paved the way for him and that was highlighted with the sort of mods you'd expect from a 15-year-old kid without any money, like springs with lopped-off coils and bumper grilles made out of stucco lathe. "I did backyard stuff," he says, "but it built a platform for my love of cars. At heart I'm a JDM fan. I try to stick to [that] culture."

And by "stick to that culture" he doesn't mean he's doing obvious things like putting TE37s on an SUV that's made in America. It's more subtle than that, and it becomes apparent once you consider the Model X's updates as a whole, the number of which you can count on just one hand. Mods like the carbon-fiber exterior treatment by way of Revozport, the yellow-coated brake calipers—a signature styling cue of every one of Marc's cars—and the 22-inch AL13 wheels, none of which have any sort of Japanese heritage but, as a whole, play out in the same vein you'd expect from, say, something that is Japanese. 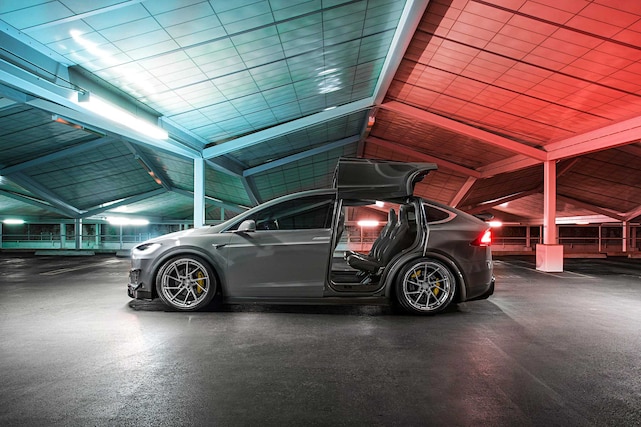 "Before I buy a car, I imagine the build," Marc says. And he did, except his imagination wasn't prepared for the seats that Tesla says can't be changed out or the steering wheel that can't be swapped without mucking up the car's electronics, which as it turns out is pretty important for electric cars like the Model X. "I sort of ran out of things to do during the first month," Marc says about the limited changes he'd made, acknowledging that he knew the electric motor would be off limits but being caught off guard by the restrictions inside. "Everything's tied in to the electrical. That was new to me, and challenging," he says. "I was so restricted with this [car]."

Restrictions don't necessarily mean failure, though. Like the Japanese cars Marc's long looked to for inspiration, every corner of his Model X has been massaged, albeit in a subtler sort of way and not nearly as straightforward as that Civic hatchback. "Installing the [lowering] links was hard to do," Marc says. Not because he had trouble bolting them into place, but because of the Tesla's warning lamp he couldn't get to turn off that wholeheartedly believed that that Model X of his was being jacked up off the ground. "Once in jack mode," Marc says, "I couldn't drive the car." To fix all of that, Marc turned to the same guy he has for all of his projects, Long Tran at nearby LTMW, who along with Marc sorted out the links and nixed that warning lamp. "We put our heads together and we just figure these things out," he says. 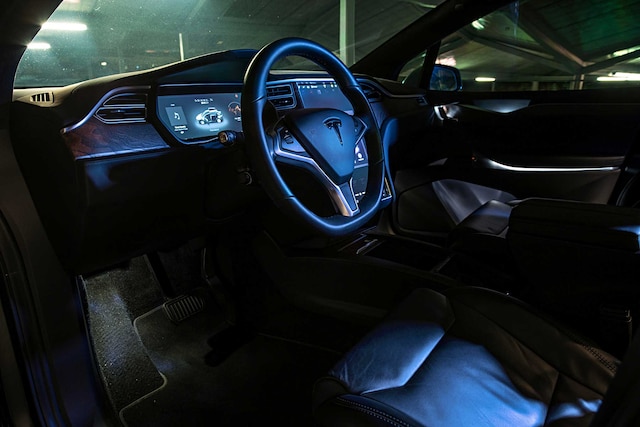 "I had a Panamera in mind before I got the Tesla," Marc says before going on to talk about the Mercedes G-Class he'd also considered, but which both proved to be too mainstream for him. "I wanted to do something nobody had done. I said, what's the ugliest SUV out there? From an enthusiast standpoint, the Model X is a disgusting vehicle. I wanted to change that and let people think differently about it." 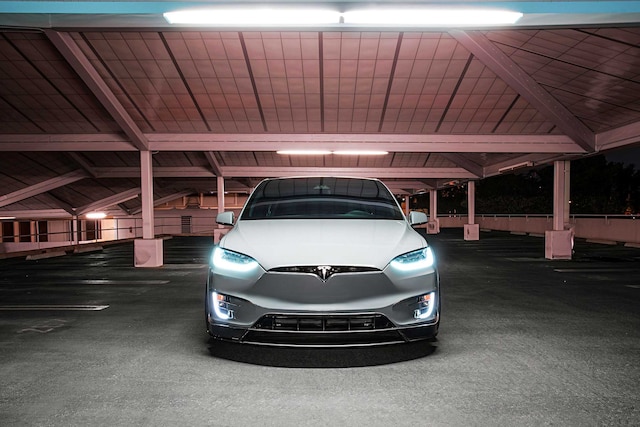