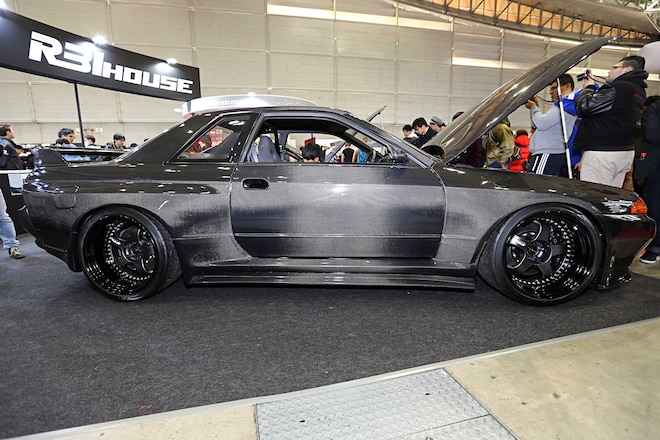 Garage Active of Japan is a company that most probably aren't too familiar with. That might change a bit coming off of the 2018 Tokyo Auto Salon where the company displayed its full carbon body R32. On paper, the sound of a carbon fiber body probably sends visions of riveted-on fenders and ill-fitting bumpers flashing before your eyes but this design is a bit different. Garage Active's director and president, Kazushige Sakamoto, is far more concerned with maintaining as much of the car's original shape and body panel fitment as possible, and judging by this demo vehicle, he's succeeded in doing just that. 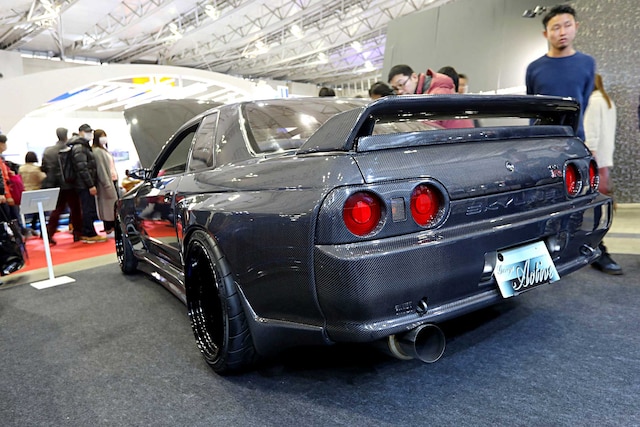 During TAS, we got just a few minutes to ask Sakamoto-san a few questions via a translator, and the very first thing he stated — rather emphatically — was that he simply loves cars. Interested in opening his own shop back in 1992, he sold his car at the time to help fund the upstart. Once business started picking up and he had the means, he purchased his first R32, a car he still owns to this day. As business continued to increase a move to a larger facility was necessary, and in 2010 the shop was relocated to Yukahashi City where a 4wd Dynapack was added, and more recently, a body factory established. And that leads us to the R32 you see pictured. 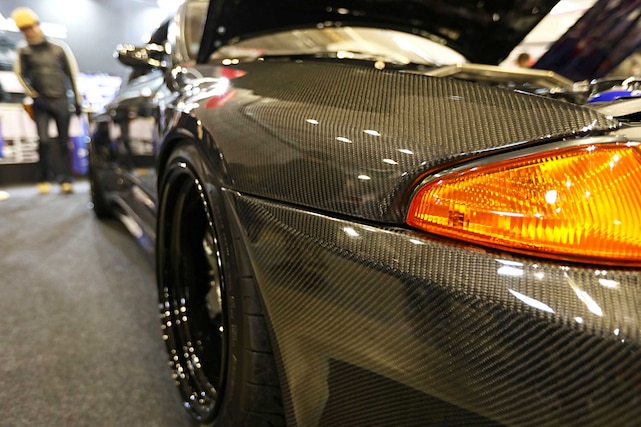 When Sakamoto-san opened his business, he took note of the many shops in his area that also tuned cars but seemed to concentrate only on engine and transmission upgrades. In his eyes, a car should look and perform at its best, and his affinity for keeping with the OEM bodylines, even in widebody form, has never waivered. His line of thinking might actually be the minority these days, but his intentions with the carbon fiber body panels has never revolved around mass production or large-scale sales tactics.

Take a look down the side of the Garage Active carbon R32 and you'll notice the rear fenders are exactly the same shape that Nissan intended, but slightly exaggerated to get the widened arch that allows for a much wider wheel and tire package without straying far from those original lines. Up front, the same factory upper and middle fender-to-door body creases are still in place, but the Garage Active fenders add and additional 40mm of clearance. The transition to the front bumper is seamless, but it should be noted that the front end was the most difficult part of the entire process. Wanting to keep the bumper as close to factory dimensions as possible, the struggle was having it bridge the inherent gap that comes from combining a stock bumper with a much wider fender, without the use of an unnatural extension tacked on. The additional girth leaves plenty of elbowroom for 295/30-19 tires. 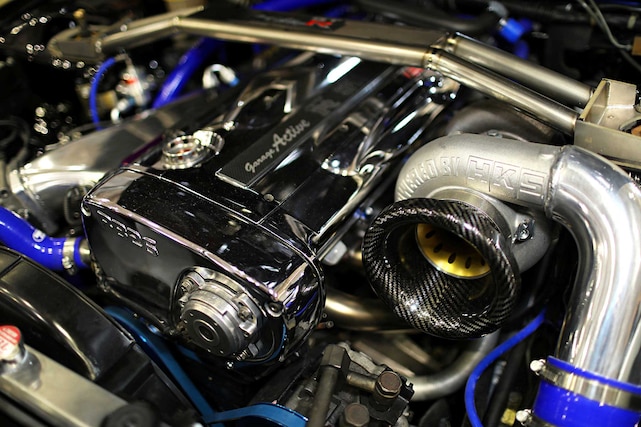 A believer in proper balance would never upgrade just the exterior of a car and Garage Active made a number of changes to the RB26 under the hood that include an HKS turbo upgrade and custom intake manifold to make sure the balance they sought was found. Call it the ultimate R32 juxtaposition in that a tuner that designed a kit that is as anti-factory as it gets, was also dead set on attaining as close to a factory look as possible.

Here is the rundown of parts used in the Garage Active BNR 32 Carbon Wide Body Kit, which can be purchased as a full kit, semi-kit, or a la carte. 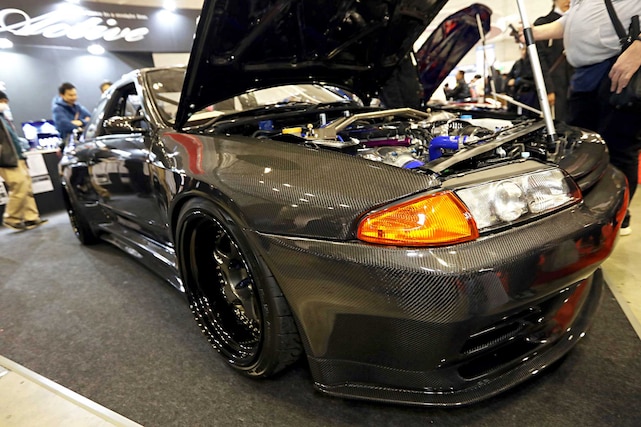 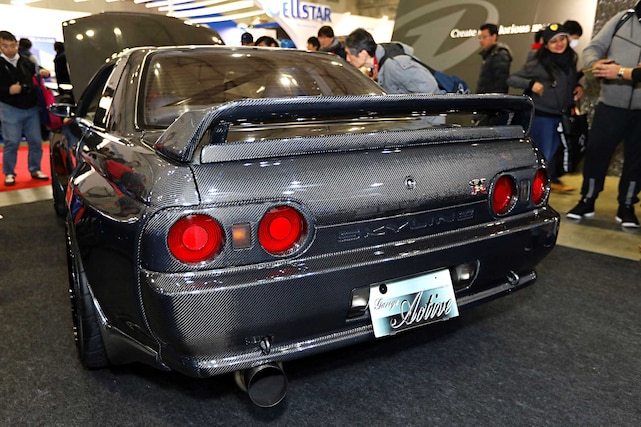