Good things come to those who act 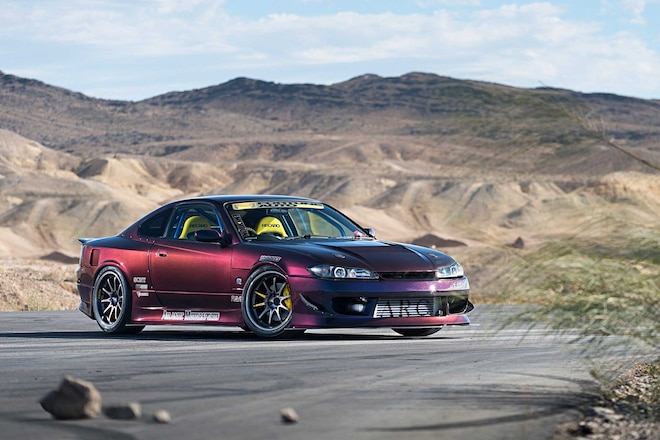 There's an age-old saying that warns of the dangers in making a big decision without first taking the necessary precautions. It might be enough to keep some fearful of making big decisions at all, if not for what's not said: Put in the right work, and the reward is worth the risk. Take Jason Pham, for example. Owning a modified S15 Silvia has long been a dream of his, but when it came time to build his first project car, Jason—short on experience like all of us were at one point—chose to start with a Civic. After learning from and growing his resource base along the way, he moved on to a Lexus GS 400 (which you can catch on the cover of our December '16 issue). But after a decade in the game and two strong builds under his belt, Jason had spent plenty of time looking at what it would take to make good on his dream. It was time to leap. 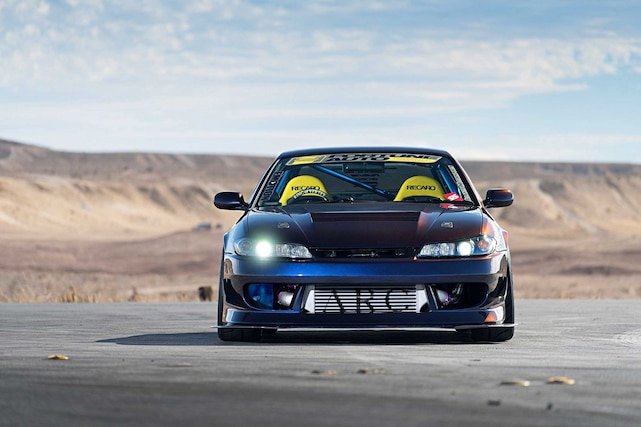 Tuning one of Nissan's not-for-our-shores models is always a tricky prospect. Sure, the S15 Silvia shares some commonalities with S14 and S13 240SXs, and other U.S.-market Nissan and Infiniti models, but there's a lot of hardware and tuning knowledge that is still very tough to find here. And then you have the legality of the car itself to contend with. Nissan S-chassis endure plenty of undue attention from savvy law enforcement as it is. Try driving one that's not supposed to be here at all, from the passenger side of the car, and see how fast your luck runs out.

But as another parable says: Where there's a will, there's a way. And since plenty of Stateside tuners want a piece of the JDM Nissan action, tuning specialists like Gaithersburg, Maryland's Atlantic Motorsports exist to make it happen. Originally and still tuners of big-power Mitsubishi EVO and Subaru WRX models, Atlantic Motorsports spends most of its time tuning Nissans now, more increasingly RB-powered Nissan Skyline models that are coming of legal age here and in nearby Canada. Jason's served as a technician at Atlantic Motorsports since before his Lexus build, so when a good deal came up on a U.S.-registered S15, Jason had all the Nissan and RB support he could've dreamed of. 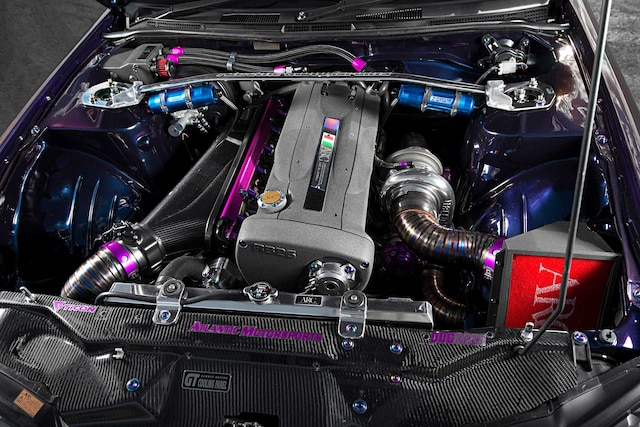 The S15's first move took place just this past January, when it was shipped off to G&S Auto Service and Collision in Springfield, Virginia, where a Vertex kit and M Sports widened fenders were installed, the bay was shaved, and the shell was painted PPG/Nissan's color-shifting Midnight Purple 3 hues. Jason began collecting parts for the car during its downtime, beginning with the interior and his choice of yellow Recaro Wildcat seats, a generous mix of JDM components from Bride, NISMO, Defi, ARC, and tons of Sony in-car entertainment. Jason's wife also played a crucial role at this stage, working in secret with Atlantic Motorsports founder Cory Peterson to order Jason a Cusco seven-point chrome-moly rollcage for the Silvia.

But the real work began once the car was returned to Atlantic Motorsports, where Jason, Cory, and the gang got started on power delivery. Since Atlantic Motorsports is known mostly for RB-series building and tuning, the choice was made to hock the S15's sought-after SR20DET four-cylinder and six-speed trans, and roll the proceeds into an RB26DETT system. But budding builders beware: Doing this properly isn't as easy as adjoining an R33 front subframe to the S15, fabbing up some mounts (since the factory Skyline mounts position the engine a little awkwardly in a left-hand drive chassis), and dropping the engine in the bay. That's only where it starts. 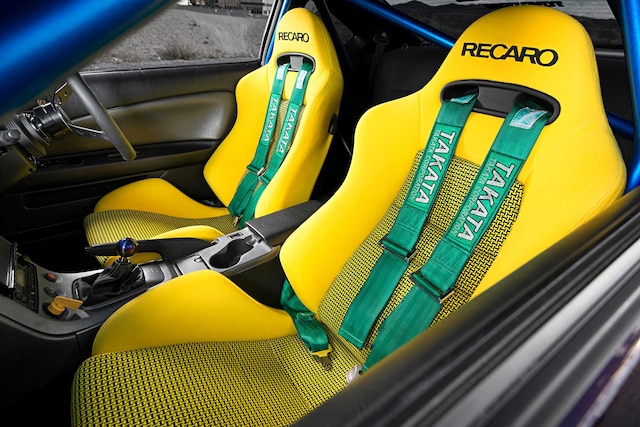 For as much as the legendary RB26DETT engine and drivetrain live up to the hype, all are not created equal. Take the R32- and R33-generation offerings, for example, which are among the least expensive and most plentiful options on the used market. Through the numbers they seem every bit as capable as their R34 GT-R siblings, but experienced builders will be quick to point out an inherent weakness in the older models' crankshafts and six-speed transmissions. Swapping to an OEM Nissan N1 crankshaft from the R34's RB26 engine is a relatively easy fix for any big-power build, but replacing the trans is a little more involved. A five-figure cash drop and weeks of delivery time will get you a bulletproof R34 GT-R Getrag option, but Nissan's more reasonably priced and easier-to-find six-speed JCK40C trans from the 370Z will hold plenty of power for most without a problem. Using one in Jason's S15 was made possible with an adapter plate and driveshaft from Collins Performance Technologies, as well as some creative fabrication by the Atlantic crew to bring the shifter back to its proper location in the cabin.

CP Pistons, Manley rods, and ARP head studs also found their way into Jason's RB build, along with GReddy cams and gears, a single Garrett GTX3582R turbocharger supported by a Doc Racing manifold, and loads of lusty, pie-cut titanium piping courtesy of Atlantic Motorsports. GReddy and ARC form the bulk of the remaining components in and around the engine bay, and once tuned on a tried-and-true Apexi Power FC D-Jetro engine management, the recipe provided a rock-solid 609 whp at 26 psi on 93-octane pump gas. Then it was on to the suspension... 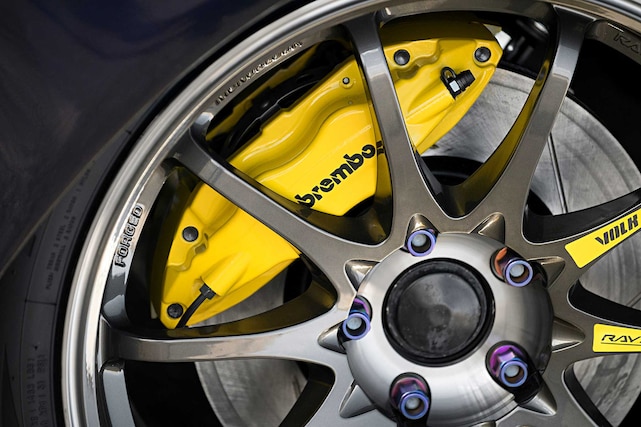 When Jason took ownership of the S15 from previous owner Terry Awad of Fortune Auto, there wasn't an official agreement in place to employ his company's components on the car, but Jason's decision to do exactly that appears to have been a really smart choice. Imagine a system that gives one-touch ride-height adjustability like an airbag suspension, but replaces wide rubber bags with all-metal valving in a small enough package to mount atop virtually any coilover/strut combination, and you essentially have Fortune Auto's Air Piston system. Now add that to the company's race-proven Dreadnought Pro 2 Way remote-reservoir dampers and custom-rated springs, and you have what's on Jason's S15. Additional modifications from Whiteline, Cusco, J-Speed, and more further heighten performance capabilities and blur the lines that distinguish a show car from a track car or street car.

Every bit as impressive as Jason's S15 Silvia build was how he conquered the goal he set for it from the start. Catching attention at the massive, annual SEMA Show in Las Vegas with a 20-year-old import platform isn't easy, especially with today's increasing mix of highly tuned exotics and factory-backed, late-model sports car builds. But that's exactly what Jason, Atlantic Motorsports, and Team Emotion did when this East Coast collab crossed the country and landed in Fortune Auto's booth at the Las Vegas Convention Center. Its flawless execution, Nissan continuity, period-correct styling, and JDM flare earned it Top Honors at our third annual Super Street SEMA Awards with Meguiar's. 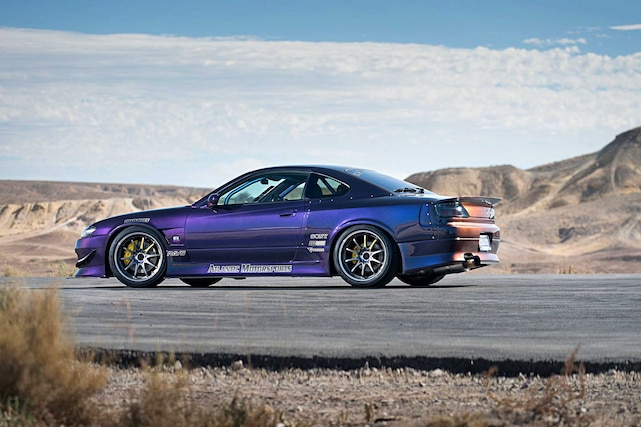 After leaving an indelible mark at SEMA, Jason, Cory, and the boys headed back and will be reasserting East Coast tuning prowess with their S15 and the Team Emotion crew at all the big stops this year: Tuner Evolution, Autocon, Wekfest, and many more. Jason even has plans to shake it down at Summit Point Raceway and other nearby tracks in the midst of all that. If that's not living the dream, we don't know what is. 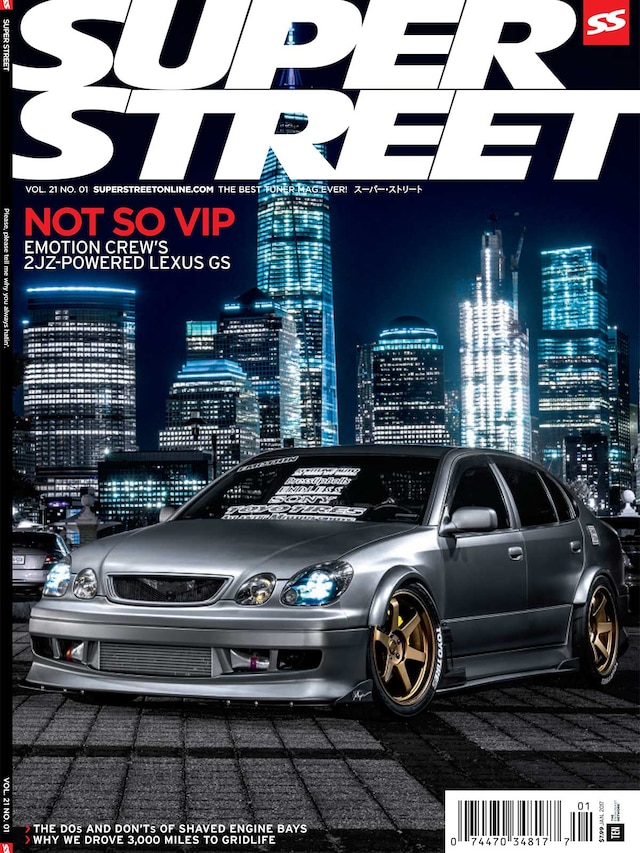 It's not often we find a car builder who builds two covers cars in the span of, say two years. Jason Pham is just that individual, having knocked us out of the park with his S15 Silvia and also his 2JZ-powered Lexus GS400 featured on the cover of our January '16 issue. We'll be expecting something even crazier two years down the line. Pressure is on, Jason. 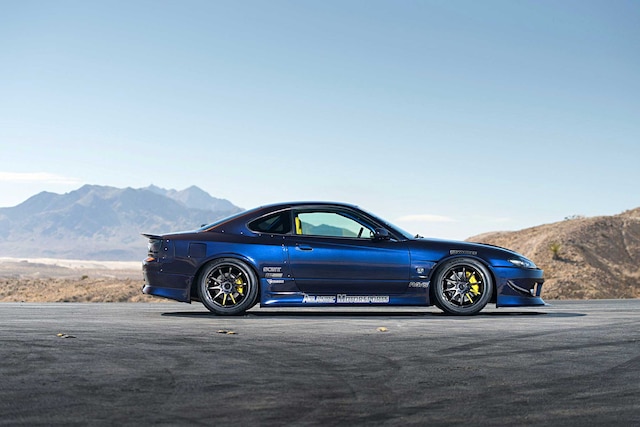 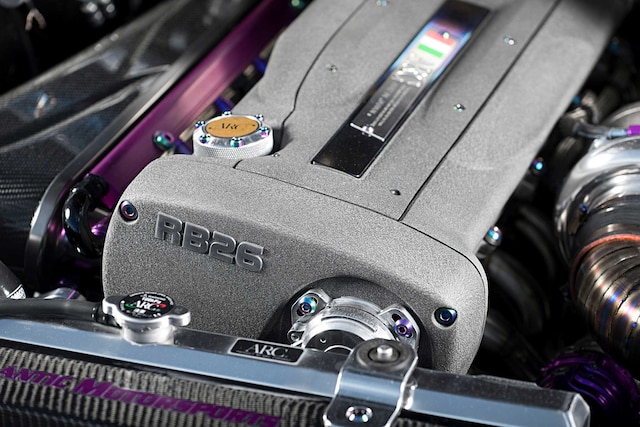 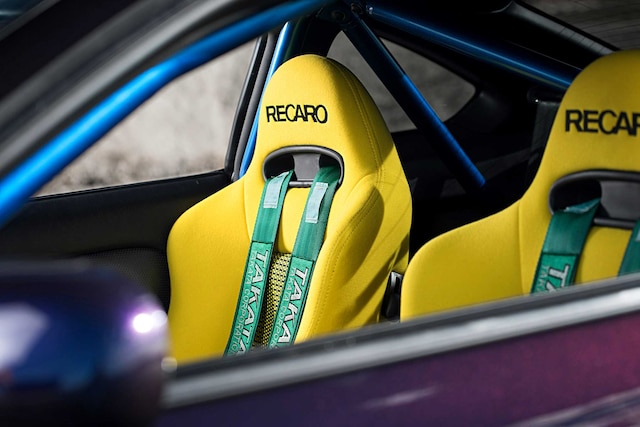 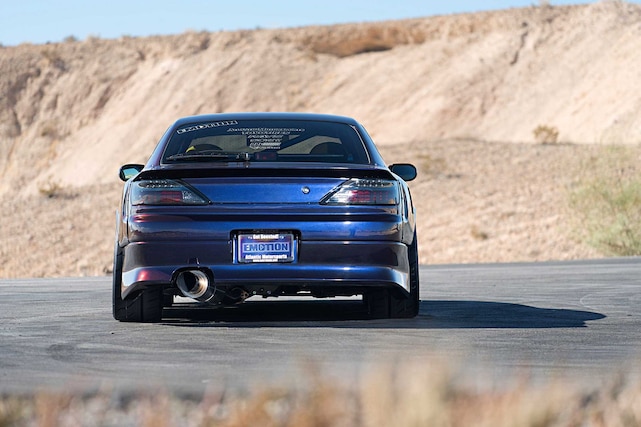