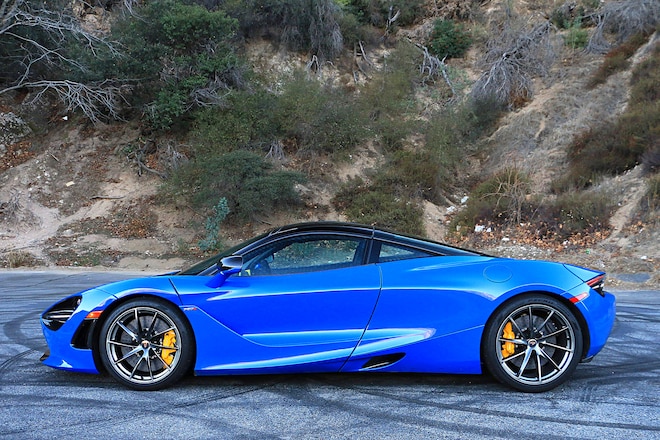 In these horsepower-rich times we're currently enjoying, the supercar is in danger of losing its sheen. The term itself has become increasingly diluted over the past few years, as "supercar performance" has been tacked to everything from luxury sedans to family-hauling sport-utility vehicles. 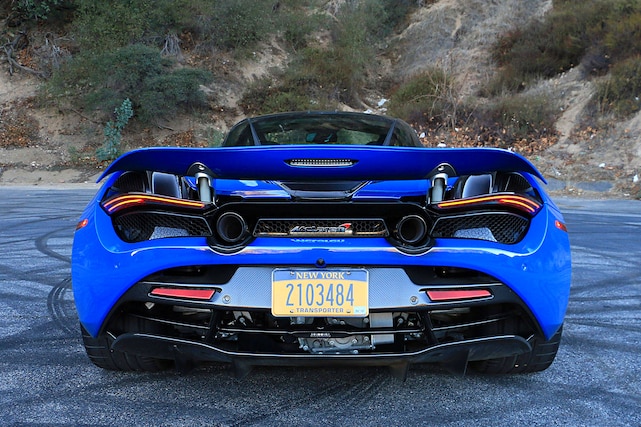 For enthusiasts, that's not much of a reason to complain, though — the massive strides that mainstream automakers have made in the past few years has democratized a level of high performance capability that was formerly only accessible to a very exclusive segment of buyers. But with Camaros outgunning Ferraris on the Nurburgring, it does beg the question of what really makes a particular vehicle a "supercar" in the traditional sense of the term.

If McLaren's Sports Series serves as the classification of their more accessible sports cars and the Ultimate Series showcases the company's limited-production hypercars, then it stands to reason that the Super Series is, as the name implies, the home of Woking's supercar range. And succeeding the 675LT in the Super Series is this, the 720S. Considering the Long Tail's eye catching design and absolutely devastating performance, upstaging such a machine is no small task, and it's not made any easier by the level of capability on tap in some of today's mainstream sports cars.

So what really makes the 720S a supercar, then? After spending a few days with this Paris Blue coupe, I believe I have the answer. 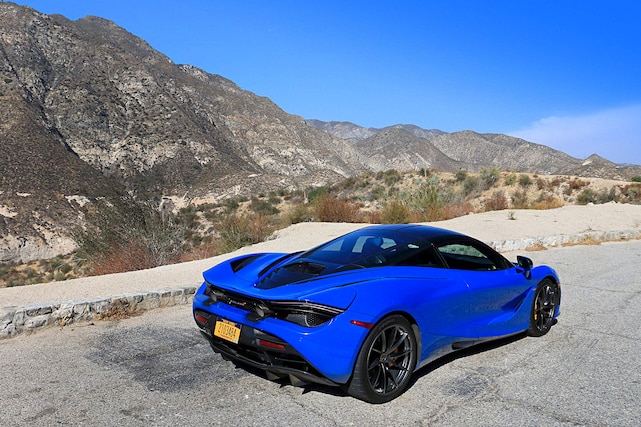 In some ways it's hard to believe that the MP4-12C, McLaren's first road car since the F1 went out of production in 1998, is just seven years old. While that car was certainly nothing to scoff at, the progress that McLaren has made in such a short span of time is startling.

The advancement of the Super Series formula is perhaps the best evidence of this. Launched in 2015, the 675LT was a more finely honed track weapon than the 650S it was based on, itself hardly a year old at that point. Compared to the 650S, the Long Tail was 200 pounds lighter, more powerful, and simply a better performance car that demanded minimal compromise in every day drivability. Still, its evolution from the 650S was obvious, and the improvement somewhat incremental. 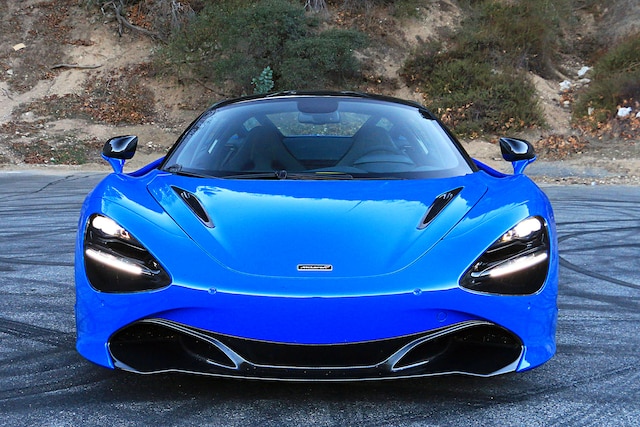 Yet despite the fact that less than three years have passed since the 675LT debuted, the 720S does not feel like a small step forward. The changes start in the car's central structure, a new carbon fiber tub dubbed the Monocage II, which bolsters stiffness while reducing mass. Since it comprises the upper shell of the 720S it helps define the car's overall shape as well, providing excellent outward visibility and a surprising amount of head room while helping to create a more dramatic silhouette than its predecessor. Those bones provide a canvas for the 720S's bodywork, a collection of sinewy curves that deliver a quantum leap in visual presence without venturing into overwrought territory.

Then there's the mechanical hardware. The 720S gets a new bi-turbocharged 4.0-liter V8 which outputs 710 horsepower and 568 pound-feet of torque, and in a machine that tips the scales at about 2,900 pounds dry, that makes for one hell of a power-to-weight ratio. That copious grunt is sent to the rear wheels through a seven-speed dual-clutch gearbox, and helps the 720S achieve a claimed 0-60mph time of 2.8 seconds, while the quarter mile is dispatched in 10.3 seconds on the way to its top speed of 212 miles per hour.

Although these numbers are certainly remarkable — and undoubtedly conservative — what's most striking about the 720S is how that power is delivered. The 3.8-liter mill found in the 675LT was an awe-inspiring power plant, but perhaps not always for the right reasons. That V8 relied heavily on the turbochargers to create its power, and the result was that the transition into boost was anything but linear. Abrupt enough to cause the tires to break loose at freeway speeds, it made for a great party piece that was sure to drop jaws, but it also made the car more harrowing to drive and, ultimately, slower than its true potential. 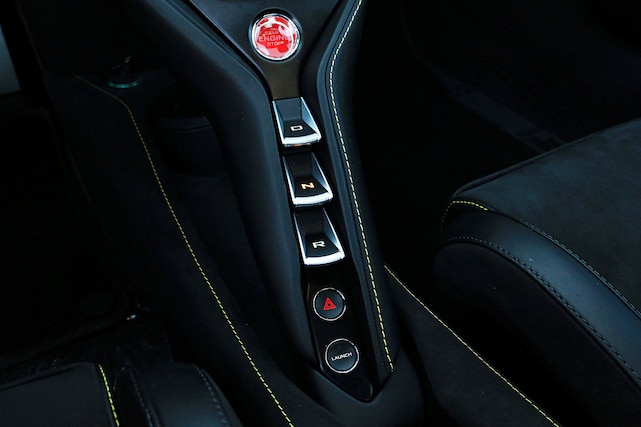 The 720S exhibits virtually none of this. While there's a notable increase in power when the boost starts to come in around 3500 revs, the delivery is much more progressive and far less of a white-knuckle experience — it simply puts the power down and away you go.

So, rather than making its impressions on occupants with savagery and the thrill of potential calamity, the 720S's calling card is unrelenting, mind-numbing acceleration the likes of which are virtually unheard of in a factory-produced road car, and it makes the 675LT seem somewhat crude by comparison. 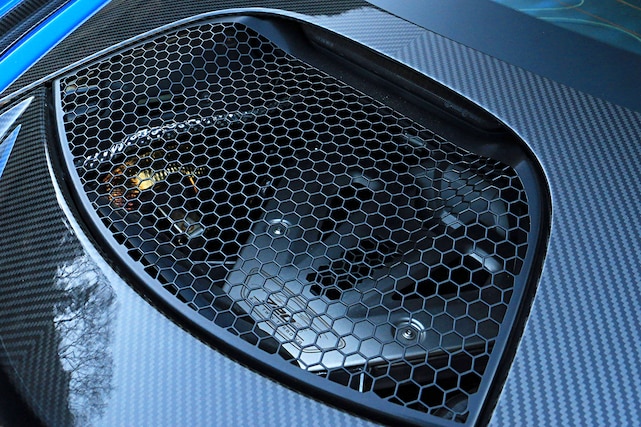 While the 720S's performance prowess is truly something to behold, a supercar is not defined by accelerative capability alone. Pointing to the massive carbon ceramic brakes, wide Pirelli Pzero Corsa rubber, and three-mode adaptive suspension system doesn't seal the deal either — that kind of hardware is essentially obligatory in a high performance machine of this caliber.

The mid-engine placement helps bring the idea into focus. Not only does it play an important role in weight distribution, it also largely dictates the vehicle's overall shape while eliminating the possibility of rear seats, and it puts that screaming V8 and its howling, whistling, and whooping turbochargers directly behind the occupants for maximum effect. While the 720S is surprisingly docile around town and well mannered enough to be driven daily, weather providing, you won't soon forget what sort of machine you're in.

Of course that cuts both ways — neglect to raise the (optional) nose lift system before approaching a driveway apron and you may hear the sound of carbon fiber unceremoniously meeting concrete. That's part and parcel with the supercar formula though — rather than being based off high-riding sedans, these machines are designed to position the mass as low as possible. That dropped stance comes with the expectation of an always-aware pilot, as well as the guarantee that you'll never gracefully get into or out of the car.

But there are rewards for those expectations too, like aggressively bolstered sport seats that are properly designed to accommodate racing harnesses, yet remain comfortable for hours-long stints behind the wheel, and an alcantara-wrapped steering wheel that's mercifully free of switches, dials, and buttons. 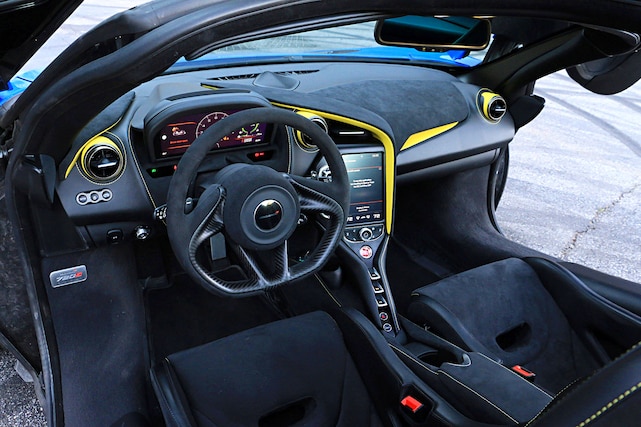 Like the rest of the car, the cabin of the 720S focuses on the driver and task of delivering performance with minimal compromise. Controls for the suspension settings, aero, and powertrain modes are simple and within arm's reach without taking one's eyes off the road, while the 720S's new digital instrument panel displays vital vehicle information clearly during normal operation and folds down to reveal a minimal, performance-focused readout when Track settings are called upon, adding a bit of dramatic flair to the proceedings while also providing usable functionality.

Then there's the car's effect on the public — I'm not sure if I've ever received more attention both on and off the road than when piloting this machine. And while a Lamborghini or a Ferrari might occasionally illicit disdain, the 720S's design is so unique and undeniably compelling that it just seems to effortlessly draw praise from folks of varying ages and walks of life everywhere it goes. 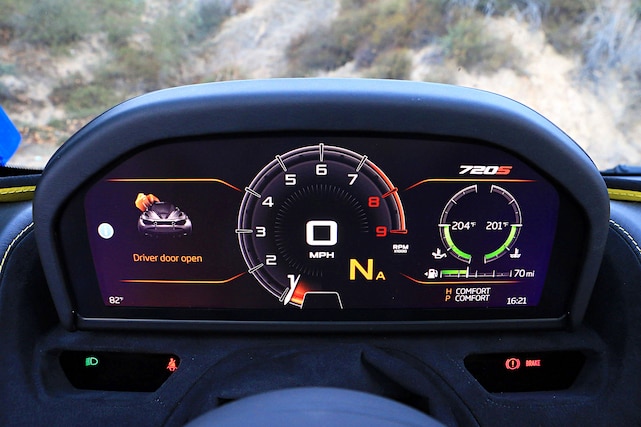 And that's the essence of a supercar — ultimately it is a spectacle of not only capability, but of design. We embrace the supercar's inherent shortcomings as an everyday vehicle not only because of the incredible performance it can deliver, but because it elevates the automobile into the realm of art. To that end, the 720S is arguably the most compelling road car the company has ever built, and quite possibly the new standard in the segment as a whole.