Uncommon in the U.S., non-existent in Japan, this restomod GS-R has seen both sides 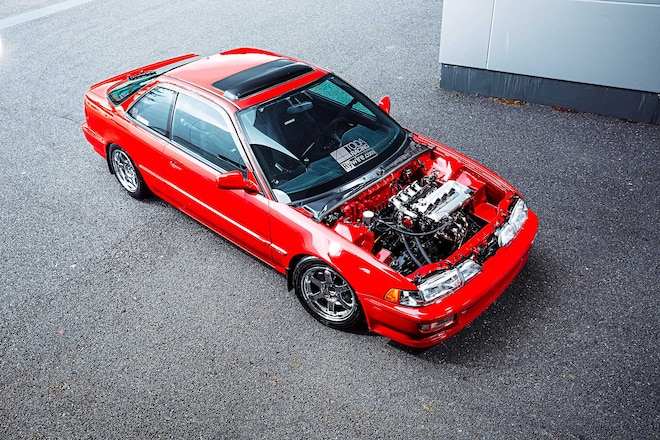 In late '89, a young and eager Acura brand celebrated the launch of the 2nd-generation Integra, a vehicle that along with the heralded NSX, would eventually help cement the brand as a power player in the U.S. market. The designers and marketing heads had no way of knowing that the sporty coupe they were building and selling in record numbers would be a catalyst, helping to launch an entire industry of speed-thirsty teens and 20-somethings who related more to high-strung, front-wheel-drive four-bangers than their parents' V8 upbringing. The enthusiast movement at that time, already busy wrenching and experimenting on imports of that era, would get a glimpse of the future with a fourth Integra trim level introduced to sit above the RS, LS, and GS model lineup. Armed with a different engine entirely that brought with it a slight drop in displacement and allowed for a screaming-high 8,000-rpm redline at the mercy of a quick-shifting transmission and a shorter final drive, it was not only a performance improvement over the previous models, it was an introduction to Honda's DOHC VTEC technology...at least for the "average Joe." 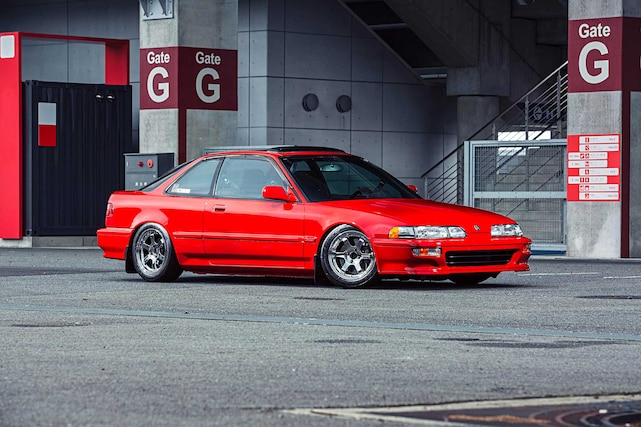 The NSX had already relied on variable valve timing, electronically controlled, a few years prior to the GS-Rs debut, but many weren't aware of it and even fewer knew what it was. DOHC VTEC-equipped Civics and Integras in other countries had also been used widely by this time, but this was long before the Internet, and engine swaps weren't a common occurrence. All of this meant the DB2 was North America's first tangible introduction to a technology for which Honda has become famous.

Today, finding a second-gen GS-R in great shape is rare. Finding one that looks anything like Masafumi Eto's Milano Red '92 is virtually impossible. Especially when you take into account that less than 4,000 were ever produced, the last of which hit showroom floors about 25 years ago. And, no, this build isn't intended to resemble a standard restoration as Masafumi has added his personal touch to just about every corner of the car, from the pristine paint and intricate interior work to the highly detailed engine bay. 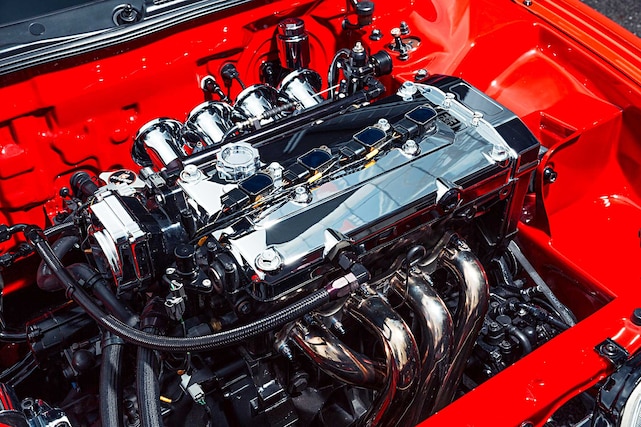 You could say Masumi has a thing for USDM cars. Previously, he'd daily driven a left-hand-drive GE8 Fit, and he became pretty well known for the bright yellow 8th-gen Si coupe (also USDM) he'd built as well. He stumbled upon this U.S. native model via his friends at a shop called Concept. Though it was already modified, Masumi had plans to completely rebuild the car, top to bottom, in his style. 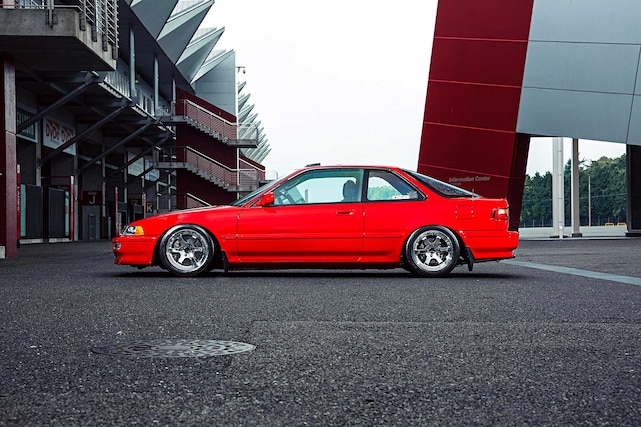 You've seen a thousand different modified versions of Acura's early '90s icon with every conceivable bumper, aero kit, and wheel configuration in varying degrees of good taste. Masafumi, like many other hard-core DA/DB fans, believes in taking a simple approach and letting the car's classic lines do all of the talking. An OEM lip, mud flaps, a tiny hatch extension, and side window/moonroof visors surrounded by a complete respray and nothing else to distract from Honda's vision are joined by a set of TE37RT wheels. The ride height, a dramatic drop by way of IMAI-spec custom coilovers, is joined by a long list of suspension upgrades and a set of R Crew custom Alcon front brakes that bring the 26-year-old chassis up to modern standards. 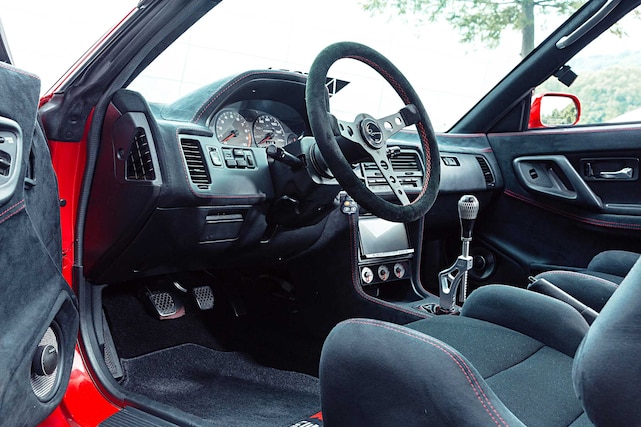 Step inside the cabin of Masafumi's Integra (after you've thoroughly wiped off your shoes, please) and you find yourself in the midst of a mix of old and new. The distinct, sharp angles of the Integra dash are no doubt still there, but buried under what seem like miles of suede with painstaking red stitching that travels across almost every interior panel and front and rear seat surface. Further updating includes a 3rd-generation Integra gauge cluster, Mugen din-gauge lineup, and K-Tuned billet shift lever along with a slew of audio upgrades.

Being that one of the most unique aspects of the 2nd-gen Integra is its B17 heart, Masafumi was intent on keeping it rather than swapping to the more popular B18C or K20 setup. In addition, he didn't want an engine with all bark and no bite. His friend and engine builder Kazu Imai had a friend working for Toda at the time, and through some friendly networking, the 1.7L received extensive massaging by the engine-tuning legend. Of course, off-the-shelf parts like Toda's header, cams and adjustable cam gears, valve springs, and pistons were installed, but not before the Toda Racing Factory bored and honed the block using Toda's patented Power Liner kit along with giving the head a proper port and polish. To maximize all of that naturally aspirated potential, Kinsler ITBs were bolted in place before everything was dropped back in to its chest cavity via Hasport mounts. 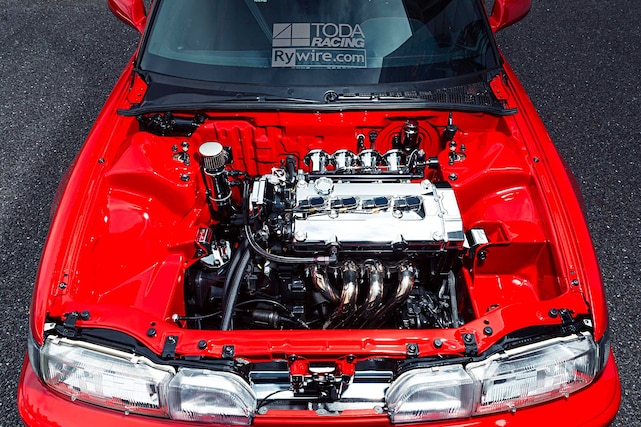 The clean look and feel of this GS-R's bay goes beyond the expertly shaved sheetmetal. Every nut and bolt has been black-coated or replaced entirely by Downstar Inc. hardware and the OEM valve cover was ditched for a slick Frontline Fabrication billet piece that also incorporates space for the coil-on-plug conversion. It's the type of engine bay that in person might surprise you with all of its minute details that you simply won't catch the first time you view it. Rywire wiring harness and tucked radiator? Sure, but what about the brake booster delete? And then there's the clutch line that disappears into the framerail. Keep looking and you're bound to find some tricks you missed the first time.

Masafumi's to-do list doesn't go far beyond respraying the underbody and changing out a few different hoses. That's just fine in our eyes because it doesn't get any better than taking a somewhat rare model and giving it a complete restomod treatment with attention to detail that flirts with OCD levels of dedication. 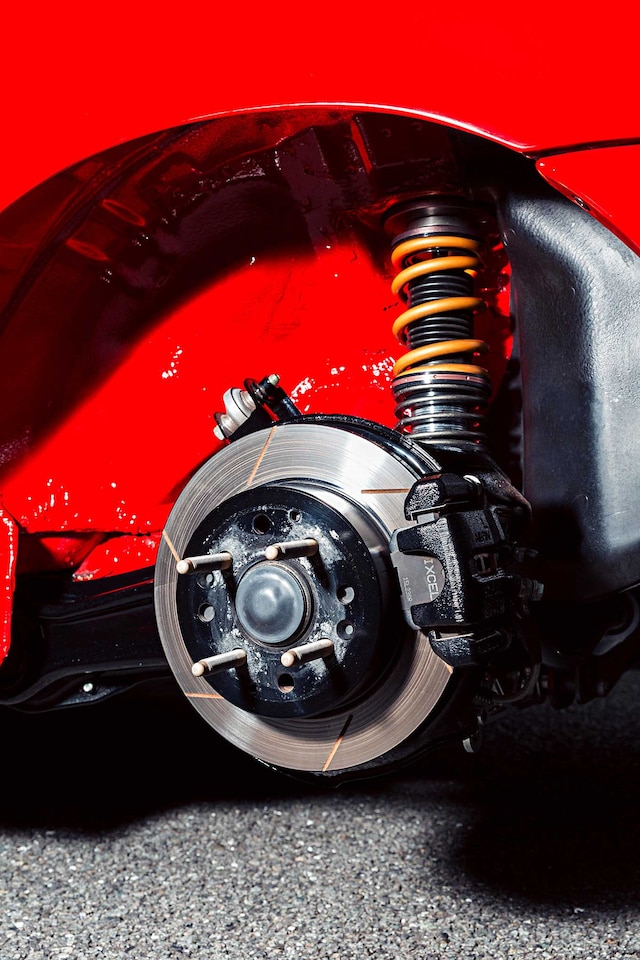 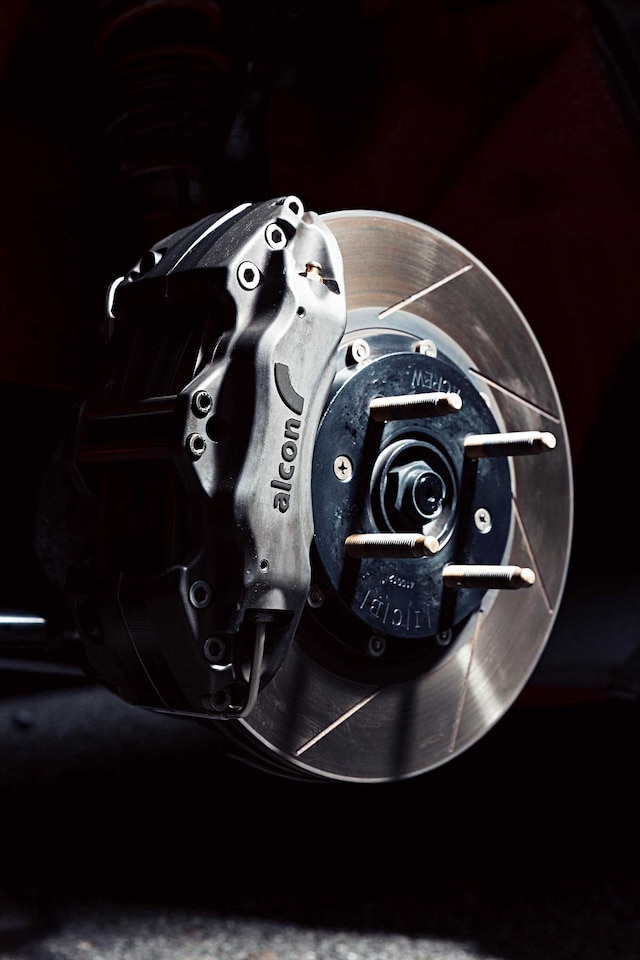