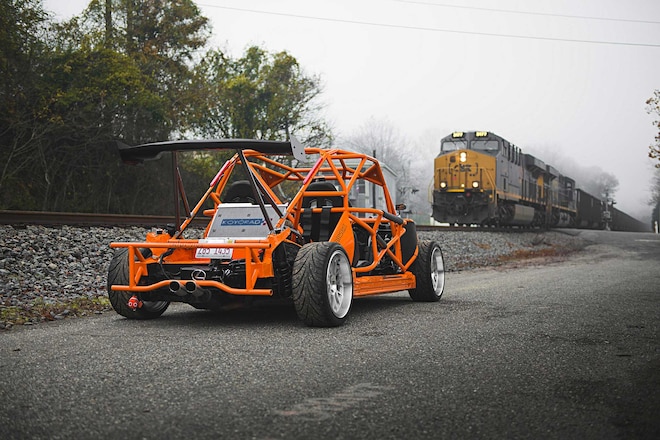 What is it and why is it in this month's Toyota issue? At one point and time, this orange-tubed contraption was a daily-driven '06 Lexus IS350, before owner and Chicago native Connor Keough decided to drive it down to Alabama. There, start-up company Krowrx transformed the once luxury sedan into its latest exoskeleton car, adding to the shop's portfolio of stripped-down builds. Think they're crazy? The majority of people seem to think so, and these exo builds are stirring up more controversy than Trump's latest tweet. But one thing is for certain, the interest in exoskeleton cars is growing and people want to see and know more.

In our January '18 issue, we broke our first story on a pair of custom exoskeletons from Krowrx, in particular, a vehicle called the Xtegra, based on a third-gen Acura Integra. You either thought it was badass and looked fun as hell to drive, or you thought it was a death trap on wheels. I sat down with Krowrx co-founder JD Durham and posed some of the questions that many keyboard warriors were raising. He was more than happy to shed some light.

Super Street: The article on your Xtegra received the most criticism we've seen in the history of our magazine. Was it what you expected?

JD: We never expected to be in Super Street or any other magazine, really. Having the opportunity to be in a magazine was very exciting. For all of the criticism, we didn't really think of it as a good or bad thing. Being who I am and my personality, I look at everything that has or will be said as an opportunity to better myself and Krowrx.

Has there been any build inquiries since our story?

Inquiries have been nonstop! We have set up a feature on our website to allow our clientele to build their own custom exo that meets their budget. We also offer to our clients a basic render of a custom-built exo design that is their own personality and style. 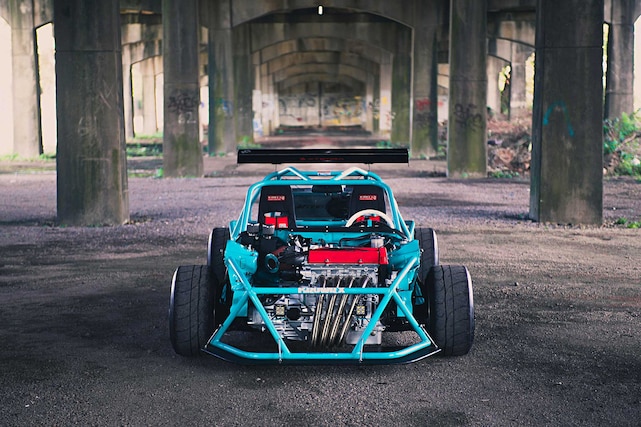 Let's talk about the Xtegra ... Lots of folks saying a front-wheel-drive exo made no sense.

The reason I built a front-wheel-drive exo is to show that you don't have to have just rear-wheel drive for this type of build. Do not get me wrong, RWD is very fun, but so is FWD. My first exo builds were RWD: '05 RX-8 with a 383 stroker and '95 BMW 540i V-8, six-speed—both very fun and exciting to drive. I wanted something different, so being very familiar with Hondas, I chose an Integra for my next build. I believe that it all depends on what you are more comfortable driving. With that being said, I do not believe it is senseless to exo a FWD. But I've done both front and rear wheel and they are absolutely a blast!

Matt Farah of The Smoking Tire had a negative review on the Xtegra. What was your response to his video?

Matt's take made me laugh a little, [for] several reasons: a 6-foot, 4-inch guy driving a custom-built exo made for a 5-foot, 10-inch guy makes for a tight ride. I did not build the Xtegra for any track purposes, specifically, just for my leisure. I also wear a full-face helmet when I'm out and about. I build these exos custom to their owners and strategically to their ideas of what they want. I have watched Matt's video multiple times, probably as many times as he said "sketchy." The Xtegra has a B18B1 non-VTEC engine. Honestly, I do not believe he pushed the Xtegra as hard as he could have, but he was wearing an opened-face helmet at Road Atlanta, so I will give him some slack on not pushing the car to its max. All in all, I love the feedback from him. 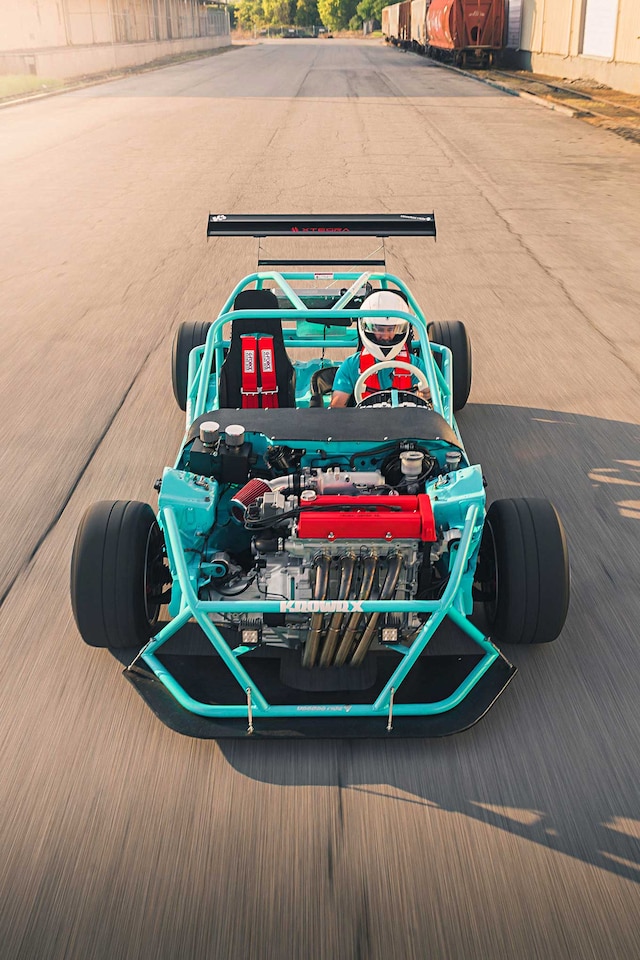 We understand an exo benefits from less weight, but what about drag coefficient and lack of aerodynamics?

My builds can be modified with aerodynamic panels at the customer's expense. Depending on the customer's request, we can build a full track car that would perform better than a traditional exo and still be lightweight and aerodynamic. The open exo builds that we've done haven't had any aerodynamic paneling so as a result, they do tend to perform poorly at higher speeds. For example, the Lexus IS 350 starts to drag around 132 mph and the Xtegra around 115 mph. 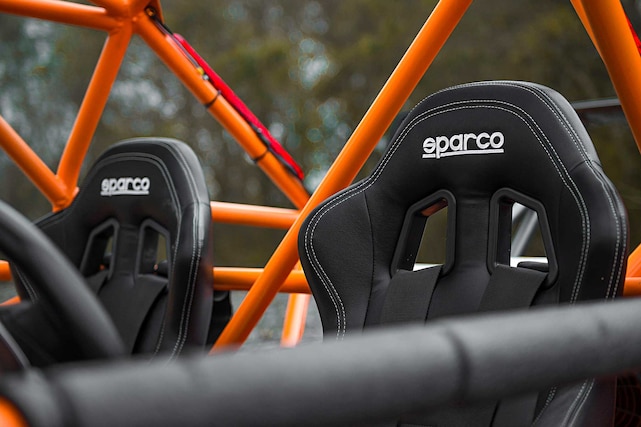 Thoughts on the concerns about safety?

Any person driving an exo car, or any car/motorcycle for that matter, has to have a sense of direction and be aware of their surroundings at all times. I do imply safety into these builds. I want my clients to enjoy their builds and not worry about safety issues. That is why every build is built to each individual. 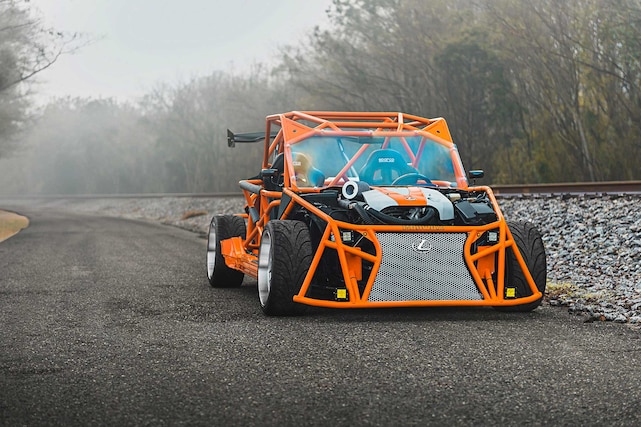 Do you feel there's such a thing as too much power in exo cars?

You wouldn't need a high-horsepower build to have fun in an exo, but it would make the experience more thrilling! Building an exo with any amount of horsepower is taken in consideration when designing the 'cage. In fact, I have a potential 700hp A4 we are building for a client as we speak, and engineering it as if it had 1,000 hp. 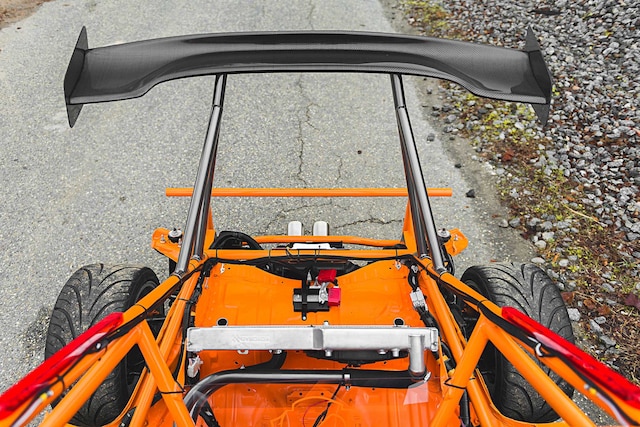 Were there any proven track times in the Xtegra or other exos?

So far, all of our cars have been for leisure only. The Xtegra hasn't ever been tested on a track; it was really never built to collect data. I am up for the challenge, though, if there is a person or shop out there that would want to build similar cars and go head-to-head with an exo versus non-exo. It would be very interesting to test in different categories such as Time Attack, autocross, drag, and drift.

What would be your ultimate Krowrx build?

I don't think there will be an ultimate Krowrx build. I love to build new and exciting things, but I will be moving onto a tube chassis design of my own soon. I have a design already built in CAD. Now it's just putting the 3-D render into action. I am very excited when it will be finally finished, but there will always be adjustments and upgrades to do. Then I can collect data to show the benefit of a Krowrx build! 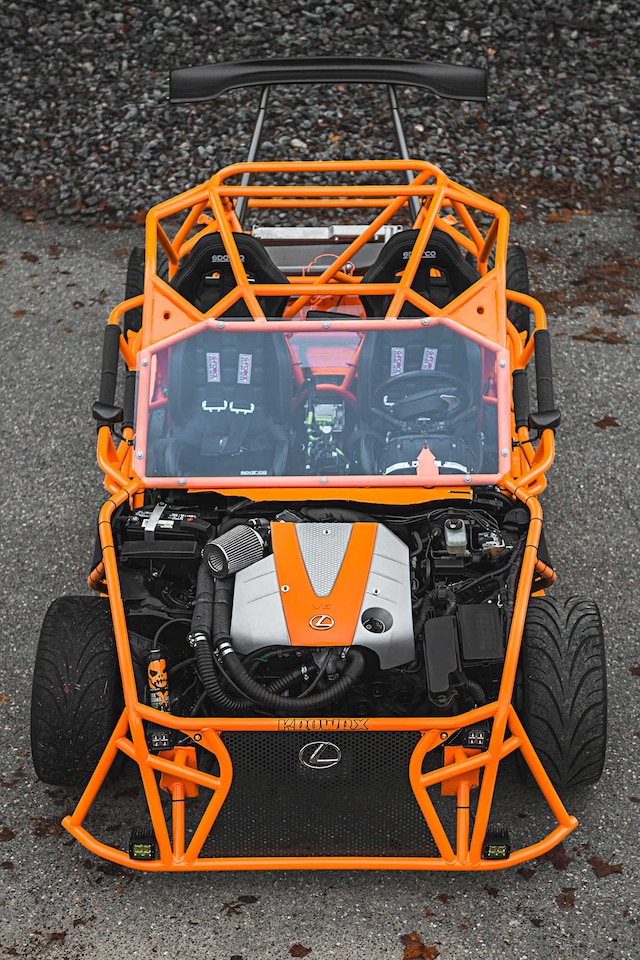 Photo 13/16   |   The essence of an exoskeleton car is that it's been stripped of all unnecessary weight besides what's needed to make the car drive and handle. The wheels are positioned outside of the frame or unibody, and its structure is a cross between a race car and your mom's Camry. Bars are added for rigidity and to surround the driver and passenger. In the case of this IS350, you can see additional bars were added for roll support and to mimic Lexus' signature spindle grille design. There's also more than 20 triangles in the 'cage design.

This Lexus, it's 300-plus hp, RWD, and uses an eight-speed automatic. How did this build start?

The IS 350 was a build that shows more of a structure 'cage design. The design and look were a mixture between myself and the client, Connor Keough. When we originally spoke, he had been using the IS 350 as a daily driver and he has always wanted something different. Conner has owned that car for a while and told me, "I think it would be cool to do it out of my Lexus. I'm already familiar with my car and there isn't really more you can do to these without spending a ton of money for power." 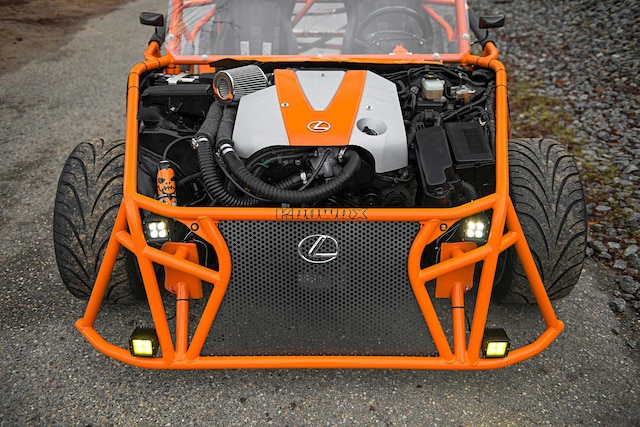 What were your overall thoughts on how the IS turned out?

The Lexus is one of the fastest builds that I've done so far. I wouldn't underestimate the exo being an eight-speed auto. It would kick the rear end out on the interstate at 70 mph with no hesitation. After the completion of Connor's build, we loaded it and took it up to Chicago. On the way, we stopped off at a truck stop and measured the final weight to be 2,283 pounds. We removed a li'l over 1,000 pounds! In my opinion, we unlocked the potential the engine needed to show its true power. 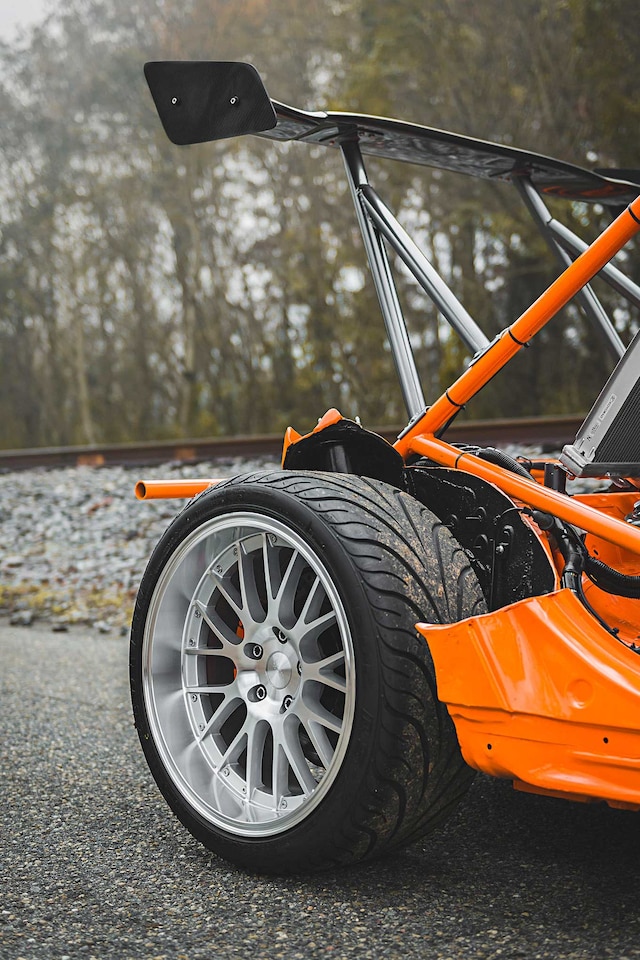 Still not convinced about Krowrx? It's not for everybody. The average Joe isn't going to have it in him to put on a full-face helmet and get behind the wheel, not to mention hacking up his project car along with forking out the $4,000 to $6,000 Krowrx is charging for a complete build. We don't expect there to be hundreds of these popping up, but for the brave few like Connor, it's exciting to see the envelope being pushed by the guys from Alabama. For myself, I honestly can't wait to test drive one. I know it's going to be fast, scary, and maybe a little dangerous, but the thrill seeker in me can't wait. Stay tuned. 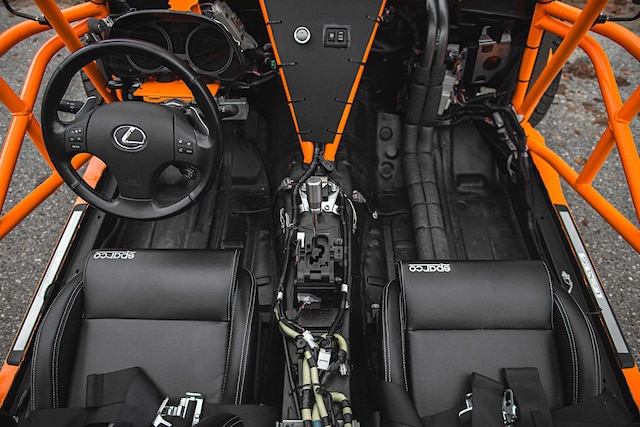 Photo 16/16   |   There are some things retained on the Lexus that you wouldn't expect such as the traction control, factory alarm, and emissions system.
View Photo Gallery (16) Photos
SHARE ARTICLE 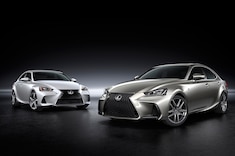 The refreshed Lexus IS sedan made its debut at the 2016 Beijing auto show this week.

We get some seat time in one of Lexus’ more exciting—and affordable 2014 Lexus IS 350 F Sport models.

Yes, It’s already that time for a new generation of the Lexus IS. We can’t wait to see how the new Third-Gen Lexus IS gets modified. 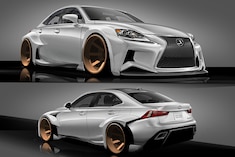 The all-new 2014 Lexus IS sport sedan, which made its first appearance at the 2013 Detroit auto show, generated a fierce buzz with its revised styling. - Super Street 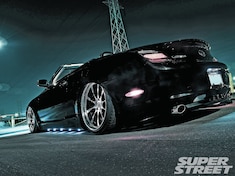