Under an Autumn Canopy: Leaf-peeping, Italian-style 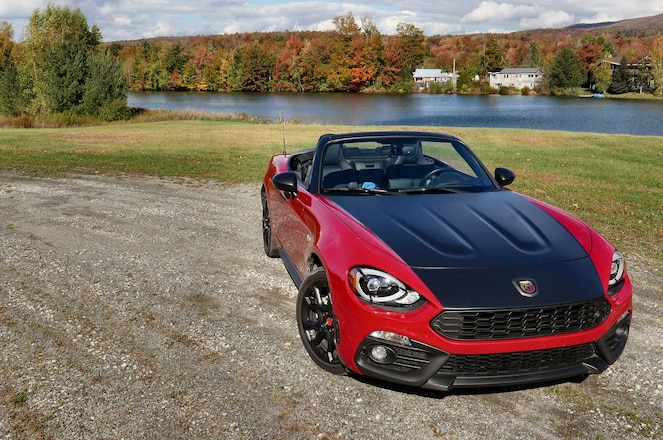 The Eastern Townships of Quebec, an enclave of rolling hills and pastoral greenery tucked into the southern corner of Canada's French-speaking province, happens to be one of the best places on the continent to witness the splendor of the fall season. Each year, as the cooling pre-winter weather descends on the area's peaks and valleys, millions of trees take their cue to begin their transformation into the multi-hued red, yellow, and golden pallbearers of yet another summer. 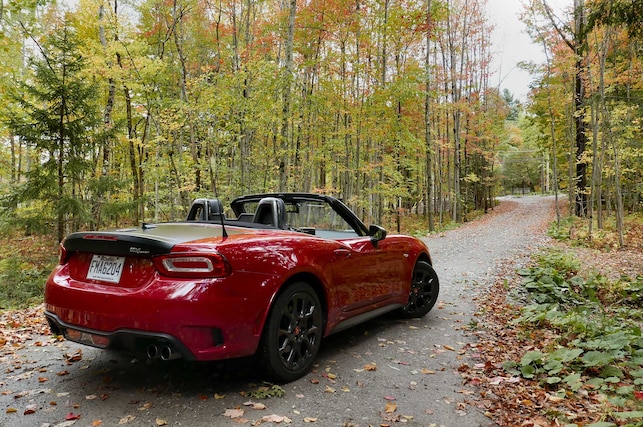 It's hard to think of a more perfect convertible playground. While drop-tops traditionally evoke images of beaches and Riviera nights, their unfettered access to the heavens also makes them prime movable viewing platforms under the canopy of autumn foliage. It was with this in mind that I planned a weekend cruise from Montreal down through the rustic strongholds of Sutton, Knowlton, and Lac Brome behind the wheel of the 2017 Fiat 124 Spider Abarth, the Italian automaker's roadster redux after decades away from the American market.

There's an asterisk, of course, that must be appended to the Fiat's claim to European ancestry. Lacking a proper two-seat platform of its own, Fiat Chrysler Automobiles turned to that most pedigreed of ragtop builders—Mazda—and offered a much-needed injection of development cash in exchange for the rights to market their own version of the vaunted next-generation MX-5 Miata. This trans-Pacific lineage is only barely disguised when viewing the 124 Spider in profile, and the charade vanishes completely inside the cockpit, which is Mazda through-and-through. 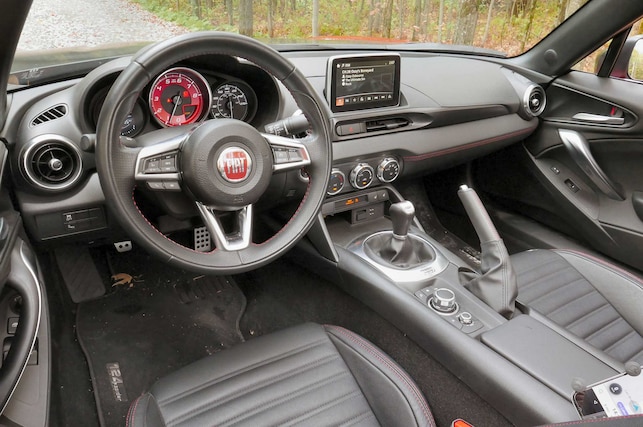 Where, then, do Fiat's contributions kick in, once you're past the clunky scorpion badges, the corporate nose-job, and the revised taillight treatment? Pop the hood and you'll find the answer: a 1.4-liter turbocharged four-cylinder 'MultiAir' engine that also pulls duty in a wide range of Fiat, Chrysler, and Jeep products. In the base Spider it's good for 160 horsepower and 184 lb-ft of torque (the latter an appreciable 34 lb-ft boost over what's available from the naturally-aspirated Mazda), while my Abarth tester benefited from an extra four ponies courtesy of a free-flowing, quad-tipped exhaust system. Transmission choices include a six-speed manual (itself borrowed from the previous-generation MX-5) or six-speed automatic, while Abarth models also benefit from a standard limited-slip rear differential.

A turbocharged engine married to the Miata's lithe chassis comes across as an instant classic on paper, which had me willing to hold my own proboscis at the 124 Spider's unflattering beak and put as many enthusiastic miles on the car as I could. It certainly helped that my destination of choice wasn't just a prime spot for breathtaking arboreal beauty, but also offered many excellent stretches of two lane through the upper Appalachian outliers that define the regions topography. 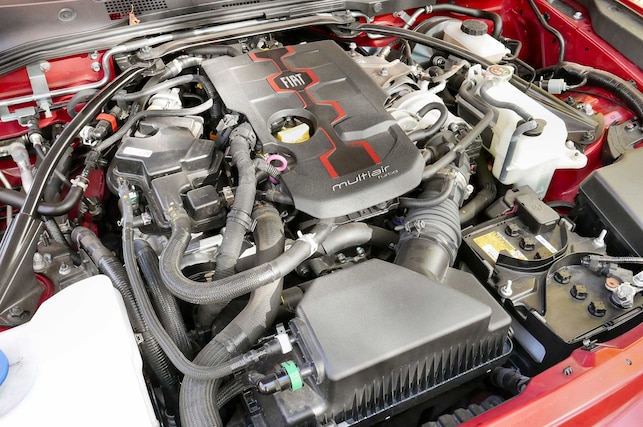 To get where I was going, however, I would first have to navigate Montreal's construction-cluttered streets, and it was here that the first cracks in the Abarth's Italian mask began to become apparent. The Fiat's tiny turbo mill demanded the utmost precision at city-friendly speeds so as not to fall into the no-fun zone, below 3,200 rpm, where torque was minimal and lugging guaranteed. This made short shifting impossible and forced driving to be deliberate rather than casual in most circumstances—a marked change from the Miata's character.

While the Fiat 124 Spider Abarth's additional grunt made passing at highway RPM less of a chore than it would be in its Japanese twinsie, once off of divided roads that same demanding shift schedule imposed itself on my efforts to eek fun from the roadster's drivetrain. With lag noticeable on a full-throttle first gear launch—even with throttle-sharpening Sport mode engaged—I was again required to remain vigilant when coordinating the actions of my left foot and right hand, constantly reminding me of the engine's roots as a versatile, econo-minded lump intended to fill the lower-level nooks and crannies in FCA's line-up. This heritage was further reinforced by the complete lack of aural drama emanating from its extroverted exhaust tips. After having been profoundly shaken by the muffler-less exhortations of the Fiat 500 Abarth, I expected more than a vague mechanical hoovering from under the hood at redline and the occasional off-boost 'whump' out back, with the Spider's near-silent exhaust barely able to disturb the dry, crackling leaves that littered the asphalt below. 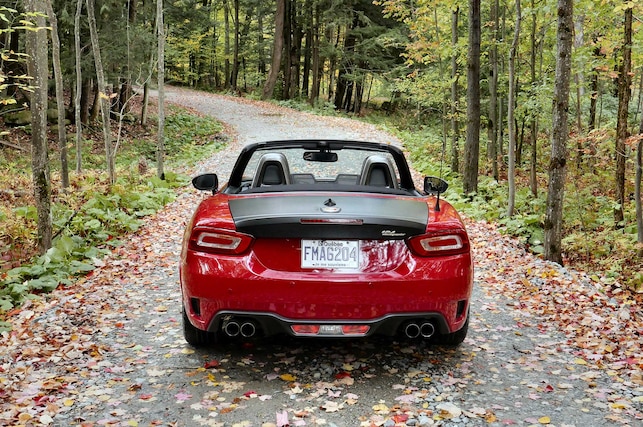 When not distracted by its joyless powerband, I was able to appreciate the Spider's lightweight chassis design, mildly stiffer suspension tuning (by way of Bilstein shocks and an unusual front strut tower bar setup), and respectable braking, each of which I called upon repeatedly while navigating the barely-there alpine tracks connecting cottage to village. And, at the very least, I had the still-clinging companions of those post-summer botanical casualties to brighten up my journey. It had been an unusual autumn, with a sudden burst of too-warm weather followed by scattered frosts confusing local chlorophyll more accustomed to a gradual slide into winter's clutches. As a result, the reds and yellows gathered in clusters, with clutches of trees better protected from the vagaries of cold and climate still boasting their summer greenery amid rain-pelted skeletons that had already dropped their seasonal tresses on the ground.

As I motored my way back to the island of Montreal, top down to soak in the early evening moonlight, I realized that there are two ways to approach the 2017 Fiat 124 Spider. The first, and perhaps most generous, is to recognize its $25,000 entry-level Classica model as an enjoyable and affordable open air cruiser for those who would favor a relaxed weekend in the country over an afternoon spent tipping cones in a parking lot. Not having driven an automatic-equipped Spider, I can only imagine that the presence of a torque converter and expertly-programmed shift logic would also paste over of much of the drivetrain disappointment I experienced for casual drivers. 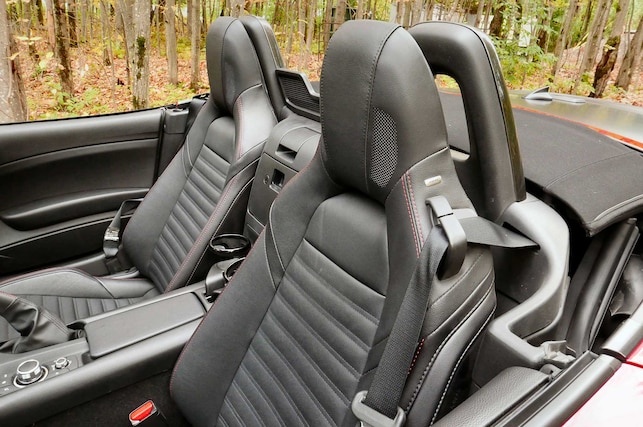 The Abarth, on the other hand, is hard to process as anything other than a missed opportunity for Fiat to truly dazzle sports car fans. While the $3,000 climb from the Classica isn't all that steep, the lack of any meaningful horsepower bump and the meekest of exhaust treatments fail to do justice to its scorpion stinger. Rather than improve on what Mazda has to offer in its sportier (and cheaper) Club model, the 124 Spider Abarth merely provides cross-shoppers with the strongest of endorsements that they should stick with the original. Fortunately for Fiat, such corporate synergies are rarely written in stone, and as with the fall forest, rebirth and renewal are only ever a mid-cycle season away. 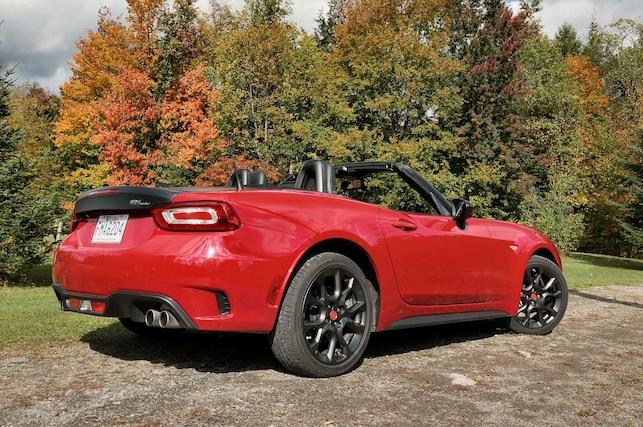 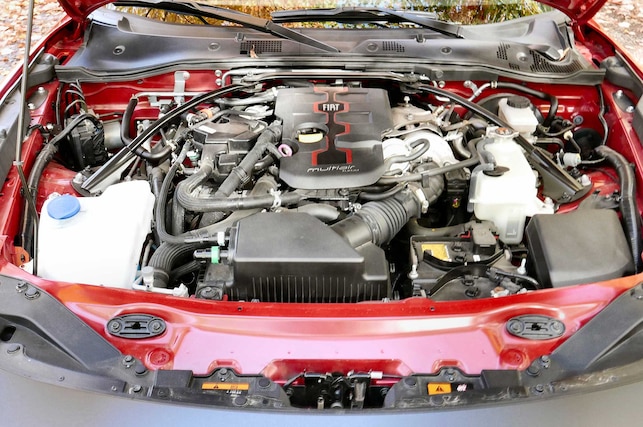 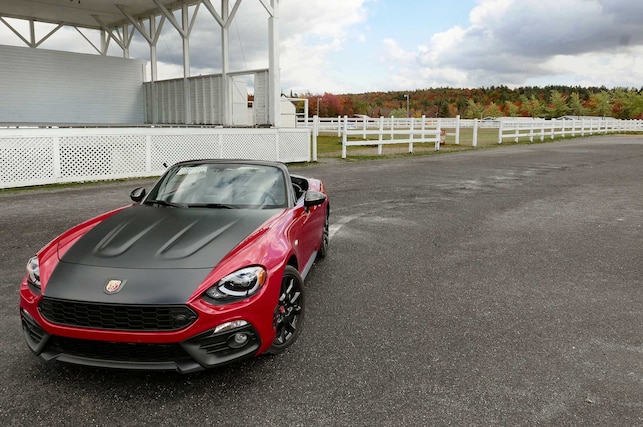 European Car
2020 Subaru Legacy Features Lexus-Like Interior, Tesla-Style Touchscreen & A Turbocharged Boxer Destined For The Toyota GR86
The 2020 Legacy may not entice most of you away from a WRX, but it does have some interesting talking points that will make you want to take a closer look at it.
Sam Du – Jun 29, 2020 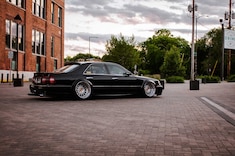 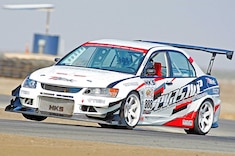 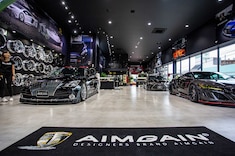