10 Things I Learned About Kei Miura - Keeping Up With Kei 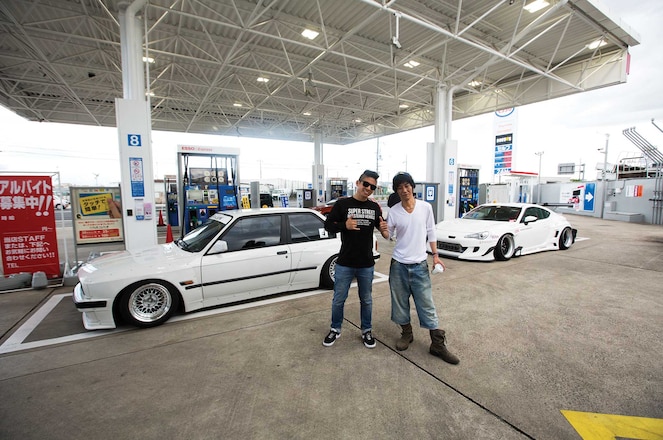 I've had the opportunity to spend some time with Kei Miura on a number of occasions. The most memorable one would've been five years ago, when former staffers Jonathan Wong, Nate Hassler, and I dropped by his humble little shop in Kyoto for the first time to photograph his Scion FR-S he'd imported from the States (it was red at the time and wore the first Rocket Bunny Version 1 kit). He led us to a gas station where we broke the first feature on TRA Kyoto in '09 with his now, long-gone, 6666 Customs EF Honda Civic. On the way to the gas station, I can still recall vividly how obnoxiously loud his FR-S exhaust was (a custom Rocket Bunny system, but in reality it was just straight pipes). 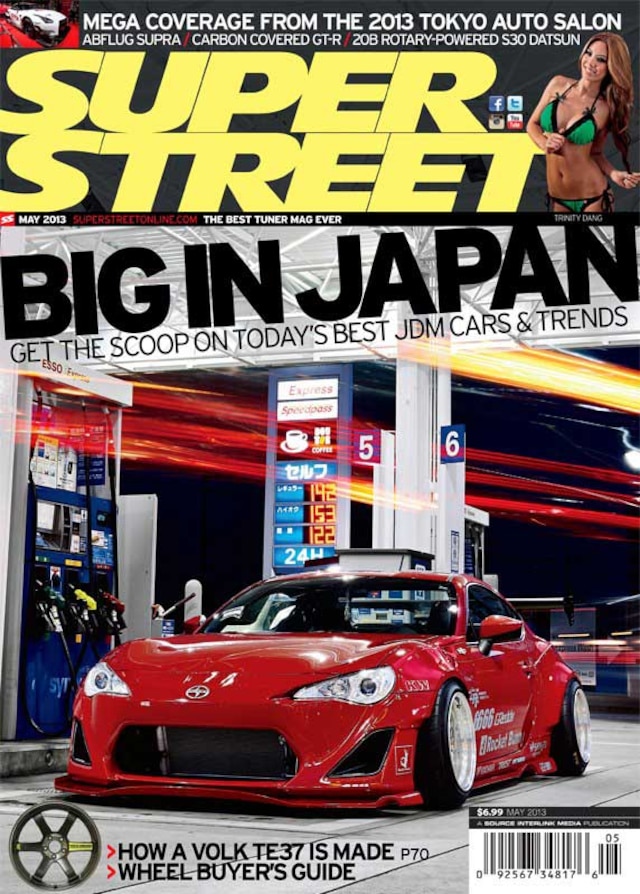 When we arrived, I remember telling myself, "This is what Japan is all about." Miura bought us coffee while Nate snapped away a thousand photos, one of which would eventually become the cover of our '13 Japan issue. It was then and there where Super Street rekindled the friendship with the once underground bosozoku legend from Kyoto. Little did we know several years down the line he'd become a worldwide superstar, having designed countless body kits under the Rocket Bunny and Pandem monikers, and having his work showcased on not just Japanese cars but across domestic and Euro platforms from around the globe. 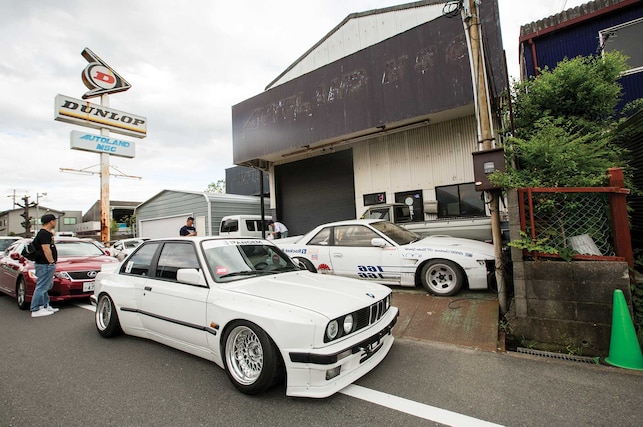 It's now '18 and I've shot the shit with Miura a few more times. Last year, he took me for a cruise in his personal BMW E30 pictured here from Osaka to Kyoto; and at this year's Auto Messe , I had another chance to catch up with him as he had a unique selection of cars on display wearing Pandem pride, for example the Porsche Boxster and Cayman featured in the July 2018 issue, as well as a Ford Raptor from S & Company. It's been an extreme pleasure getting to know Miura over the years and watching him grow. He's still a very humble and soft-spoken guy despite his popularity, but I did notice his English, while still a tad broken, has drastically improved (he wasn't shy about asking questions about me and Super Street). During my candid convos with him (and sometimes with the help of a translator), I made a bunch of notes so I could share a look into one of our industry's most significant icons who's truly shaped our scene over the last decade. 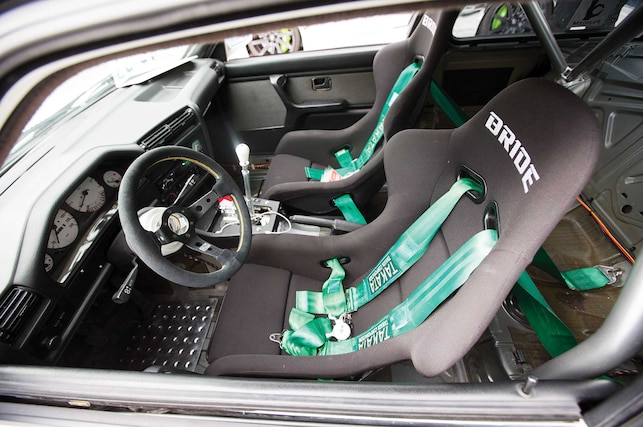 10 THINGS I LEARNED ABOUT MIURA

1. Currently, Miura owns more than 20 cars scattered across all of Japan, plus one in California. This E30 is the car he drives most, a base model 320i. The mod list is quite minor with 15x6.5-inch mesh wheels, custom Roberta air cup suspension (he built himself), stripped interior, rollcage, Bride buckets, and Takata harnesses (that he straps in only halfway... Hah!). He prefers light power and good handling over anything, so you won't ever find a lot of power or a big engine in any of his personal projects. All there is on the E30 is an exhaust and a CAE shifter from Germany to improve his driving experience.

2. While I was sittin' shotgun, he was smoking a Marlboro Red with his left hand and steering and shifting with his right. In the background "Addicted to Love" by Robert Palmer played on CD, followed by a few Eagles songs. 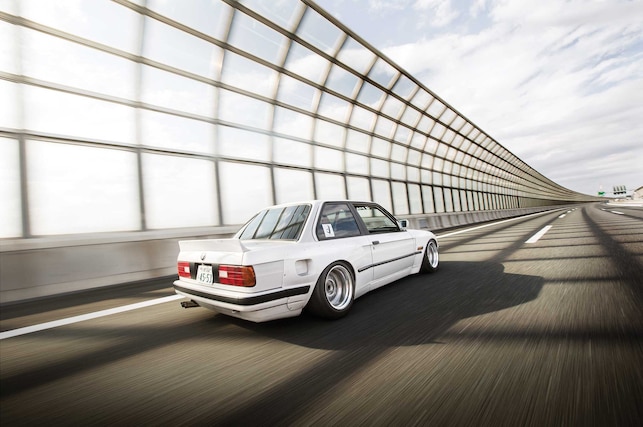 3. We had a 20-minute conversation about how he wants to change our FF Battle from a Time Attack to a Cup format in which every competitor battles on the track at once. Only naturally aspirated Hondas would be running. Hmmm...

4. TRA Kyoto looks the same as it did when I first stopped by in '13-a bit rundown, quite small considering the success Miura's achieved, and he still has several of his older projects lying around collecting dust, for example the red S30 that debuted at Tokyo Auto Salon a couple years ago and an ancient S13 rotting in the driveway. Sadly, the Z never ran and his pet cats have made a new home out of it. RIP...

5. When asked about the last SEMA show, he kept saying it "was very fresh" to see all the off-road trucks, plus the use of new technology in older American classics. Maybe a sign of things to come for a future Pandem project? 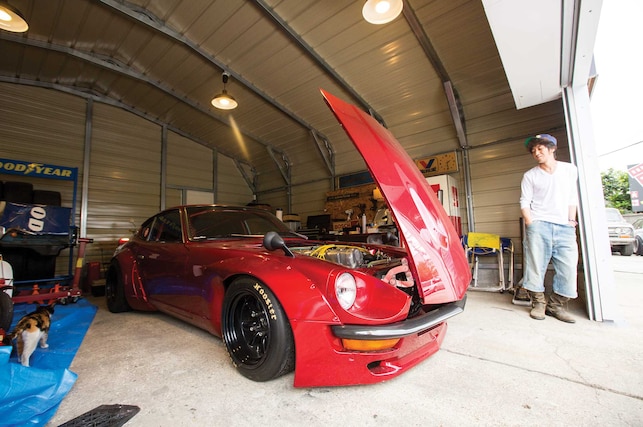 6. In regards to this year's Auto Salon and Auto Messe, he feels the '80s and '90s JDM cars are making a big comeback. His favorite car at Auto Salon was the fully carbon-fiber R32 GT-R by Garage Active.

7. The Rocket Bunny name was just made up from a completely random feeling-no meaning at all, he told me. The Pandem brand stemmed from the word "pandemic." New body kits will still use the Pandem name, however, he hints that Rocket Bunny will make a comeback sometime in the future.

8. His favorite kit he's ever designed was the first-generation Rocket Bunny kit for the Nissan S13. In his exact words, "God told me, 'You have to make this body kit.'" The hardest kit he's worked on was the Rocket Bunny NSX, and the most popular was, you guessed it, the Rocket Bunny version 1 for the FR-S/86/BRZ.

9. Miura's next three Pandem kits will be for the FC3S Mazda RX-7, Datsun 521 truck, and a second version for the Porsche Cayman/Boxster. He also has a few other secrets for this year's SEMA but for "political reasons," he cannot disclose. Boo.

10. Miura is most impressed with his success in America. He's still surprised and in awe to this day how far Rocket Bunny and Pandem have come. 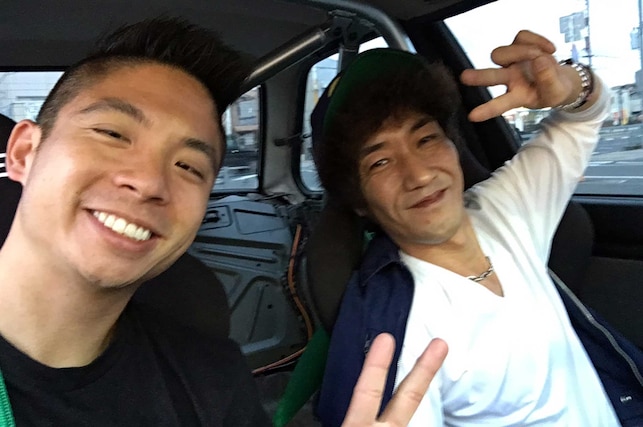