In the pits with Formula DRIFT driver Fredric Aasbo 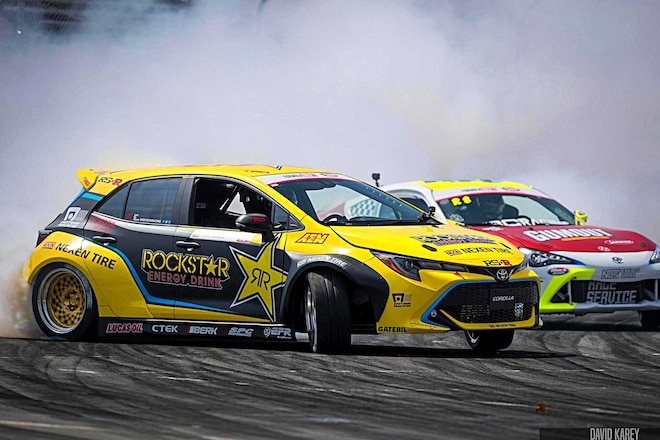 With over 100 podium finishes to his credit, it's safe to say that Fredric Aasbo is a preeminent talent behind the wheel in the realm of drifting. That track record makes him the most successful competitor in Formula DRIFT history, a path he set upon right out of the gate when he won the Rookie of the Year title in the 2010 season.

"I was born and raised in Norway, in a little town called Ski," Aasbo explains. "My dad was into rally at the grassroots level, so I kind of grew in the scene, and I got to race go-karts as a kid." 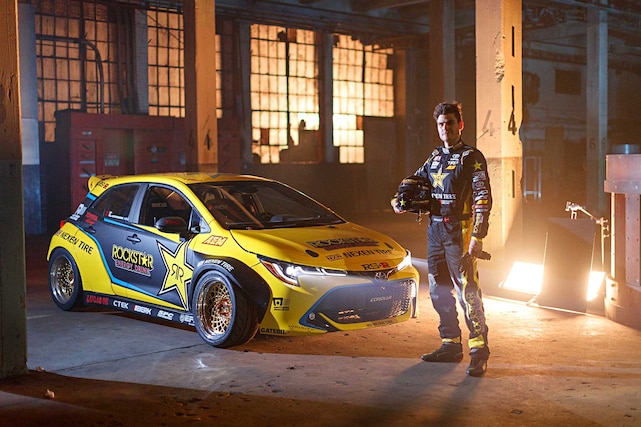 Photo 2/18   |   Aasbo's path to becoming a drifting champion started after he saw a clip of driver Katsuhiro Ueo tackling a touge road in Japan. Since then he's gone on to become the most successful competitive drifter in the history of the Formula Drift series.

As any racer knows, competing is never an inexpensive proposition. Costs would eventually force Aasbo to hang up his helmet for the time being. "Years went by, and then I discovered drifting," he says. "I still remember watching that first drifting clip—it was of a guy named Katsuhiro Ueo on a mountain road in Japan. From that moment on I was dead-set on becoming a drifter. Ten years I was battling Ueo in Long Beach!"

In the time in-between, Aasbo says his efforts to get into the sport started at the ground level. "I did things on the street that I'm not particularly proud of today," he notes. "One day my mom came home in tears and I asked her what was wrong. Someone at the store had told her that her son wasn't going to get old. That's when I realized I had to go back to the track. It was the smartest thing I ever did." 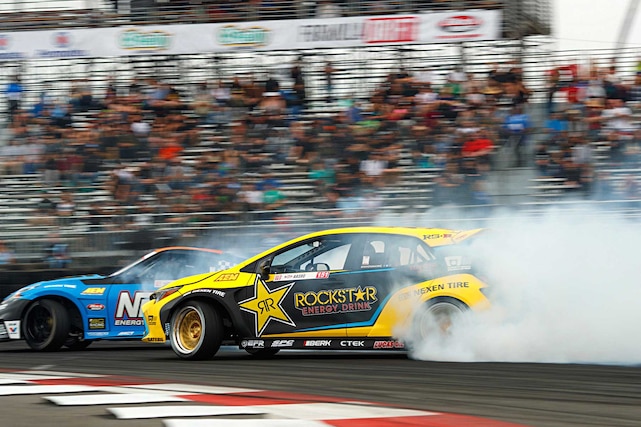 Photo 6/18   |   The 2018 season sees Aasbo and the Papadakis Racing team campaigning a new car based on the all-new 2019 Corolla. This Corolla is a bit different than one you might find at your local Toyota dealership though—it sends roughly a thousand horsepower and 850 pound-feet of torque exclusively to the rear wheels.

Aasbo says this was around 2003 or so. While competition drifting was well-established in Japan by then, it was still in its infancy over in Europe. "I basically grew along with the sport out there," he says. "I won a few events in the local series, then a championship. Then in 2008, I read that there was going to be a world championship in California with the top 32 teams in the world. At that point it seemed like we were far from being good enough to do that, but I put together a proposal and sent it to Jim Liaw, the president for Formula Drift. After a couple of months of waiting, I got an email back from Jim that said, 'Pack your bags—see you in Long Beach.' And the rest, as they say, is history."

Today Aasbo pilots the 2019 Rockstar Energy Drink / Nexen Tire Toyota Corolla Hatchback in the Formula Drift series for Papadakis Racing. The design of the RWD-converted Corolla and its turbocharged four-cylinder engine stand in contrast to the large-displacement, factory rear-drive coupes that comprise most of the Formula Drift field. "Stef Papadakis, who owns the team, comes from an import drag racing background," Aasbo explains. "When he made the transition over to drifting, he did his first rear-wheel drive conversions through a partnership with Scion on a second-generation tC. Both the architecture and the engine we're using today have a direct lineage from that platform." Photo 7/18   |   While most all-new race cars take some time to dial in—even those that don't require a rear-wheel drive conversion and seven times the engine's stock output—Aasbo and the new Corolla came out swinging this season, winning round one and taking a podium spot in round two.

Aasbo says that turning an engine like the Toyota 2AR—which normally see use as factory-installed motivation in cars like the Camry and RAV4—into a competition-spec drift motor took some significant research and development. "It's not necessarily an ideal drift motor because drifting is a sport where you're pretty much free to do whatever you want motor-wise, and when there's no regulations most racers will go with the biggest motors they can. So we compete against seven-liter V8s, supercharged LS engines, twin turbo Viper V10s, and here we are with an "eco" motor."

Papadakis Racing's Toyota engine boasts some potent hardware though. Fed a steady diet of E85, the 2AR has been punched out to 2.7-liters and sports a valvetrain from Supertech Performance, head work from Portflow Design, 2000cc fuel injectors from Injector Dynamics, and a whole slew of reinforced internals to handle the dual power-adder strategy that the team employs here, which consists of a single Borg Warner EFR 9174 turbocharger and a nitrous system that automatically kicks in once more than a certain amount of throttle has been called upon. 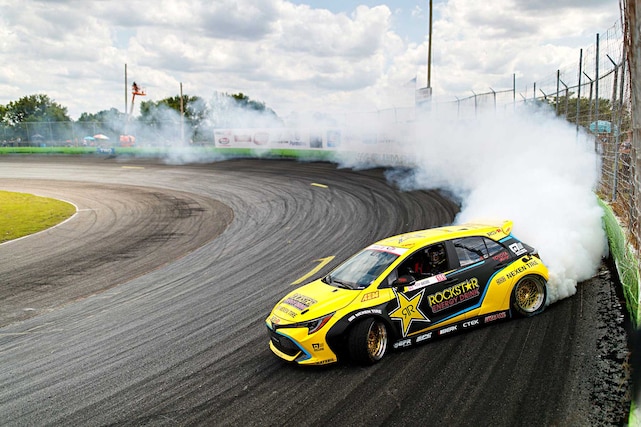 Photo 8/18   |   Papadakis Racing team owner Stephan Papadakis earned his reputation in motorsport in the 1990s within the realm sport-compact drag racing. While many drift teams have more conventional setups that use high-displacement motors in natively rear-drive cars, Papadakis' decades of experience with import platforms has undoubtedly helped the team dial in this unique chassis and powertrain combination.

All in, the diminutive four-pot boasts 1,000 horsepower and 850 pound-feet of torque. While that number is impressive, the fact that the team has honed the engine to deliver the on-track drivability Aasbo needs in competition and durability required to withstand the abuses of Formula Drift is even more impressive.

"Stef has more than two decades of experience dealing with really high horsepower four cylinders," Aasbo explains. "He knows how to develop an engine program, and everything is reinforced—we've got billet main caps, a totally reworked valvetrain, the most badass sleeves you can get, etc. What's interesting is that, while we've broken just about everything at one time or another, we've never had issues with the JE pistons we use. The cylinder pressures have caused gasket failures and some other issues on the bottom end, but we've never seen a broken piston, or ringlands, or anything like that. We've basically stuck to the theology of testing the motor, seeing what breaks, fixing that, and then moving on to the next thing. We've had our fair share of issues over the years, but at this point it's dialed in to the point where it's very reliable." That reliability helped put Aasbo on the podium in three of the eight events in the 2017 Formula Drift season and second place in the championship. 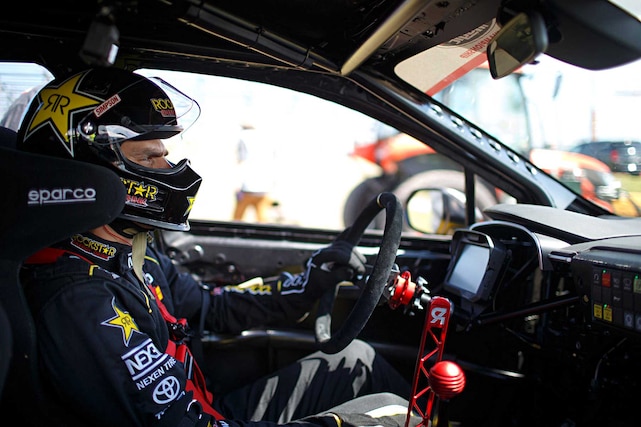 The 2018 season sees the team campaigning an all-new car with the 2019 Corolla, and for most teams a teething period in which they work out the kinks is almost obligatory. "We came out at the first event in Long Beach with this brand new car and we didn't really have super high expectations because of that—our goal was really just to dial the car in," Aasbo says. "And then boom—we won the first round."

Aasbo picked up another podium spot in Orlando, Florida in round two, and round three in Atlanta is still to come as of the time of this writing (actually, he's now 3 for 3—Ed.) "It's been an amazing ride so far, but there's so much talent in the sport now," he points out. "I think this weekend is going to be a pretty badass show, and we're just hoping to stay with the pack and continue to develop upon what we have." 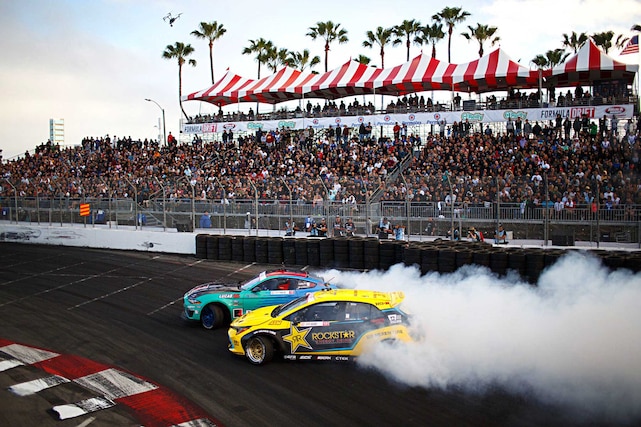 Photo 13/18   |   Originally from Ski, Norway, Aasbo made his U.S. debut at a global drifting invitational in 2008. He went on to win the Formula Drift Rookie of the Year title in 2010 and the Formula Drift championship in 2015. 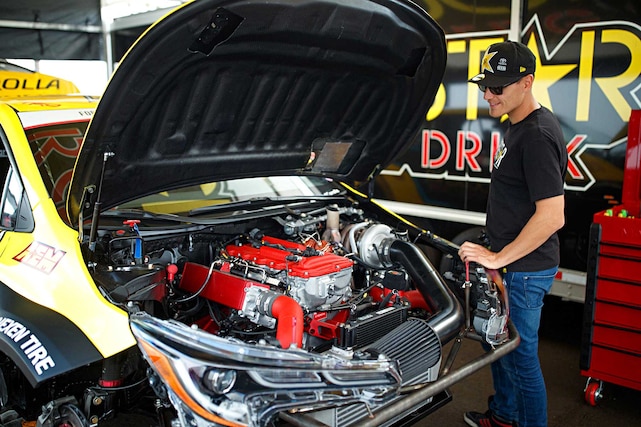 Photo 14/18   |   Under the hood of the Corolla is 2.7-liter Toyota 2AR four cylinder engine. To give the diminutive powerplant the grunt it needs to go up against high output V8s, the Papadakis team has outfitted the mill with a Borg Warner EFR 9174 turbocharger, an on-demand nitrous system, a totally reworked valvetrain, and a whole host of a host of reinforced hardware from top to bottom. 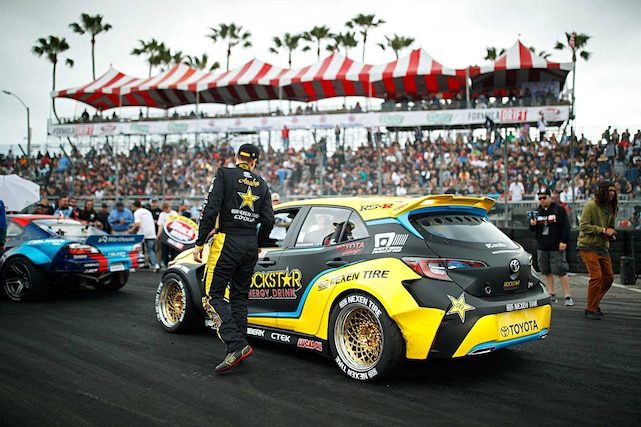 Photo 15/18   |   The Corolla sits on a set of custom RS-R coilovers. Custom Papadakis Racing sway bars help keep the car stable and predictable during the high-speed sideways action that Aasbo gets into. 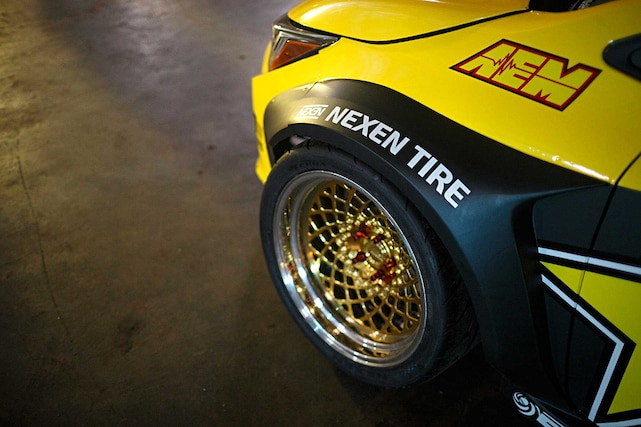 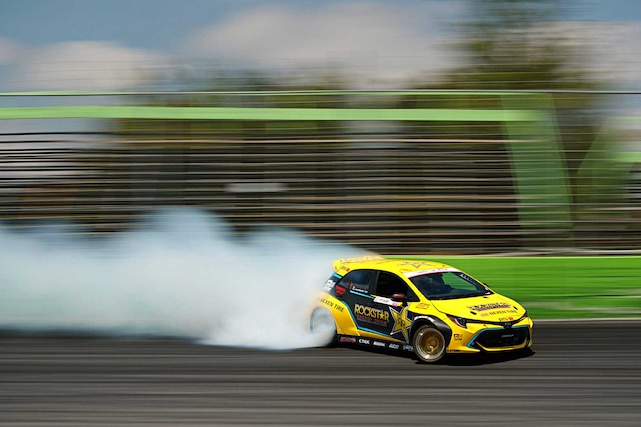 Photo 17/18   |   "The goal is always to beat all these guys all the time," Aasbo quips. "But we have a lot of respect for the task at hand, and there's a continuous evolution happening in the sport. We're pulling inspiration from places like Russia and China, where the sport is growing really quickly, seeing what our competition is doing, and trying to stay ahead of the curve." 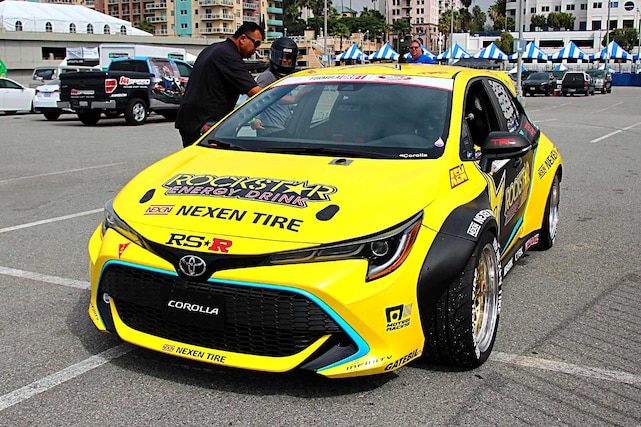