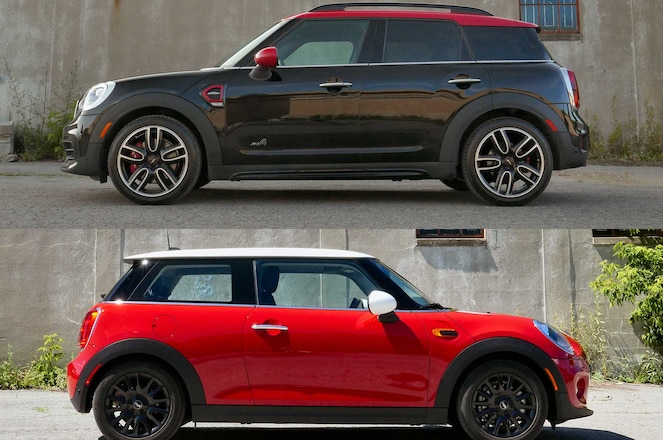 Once upon a time, there was but one MINI to choose from in the showroom—a single focal point for BMW's renewal of what had been a nameplate long dormant outside of its original European stomping grounds. That little hatch would do much to grow the concept of a "premium" subcompact segment, proving that there were buyers willing to pay more for less, at least in terms of size, if they also got sizable portions of style, attitude, and fun at the same time. 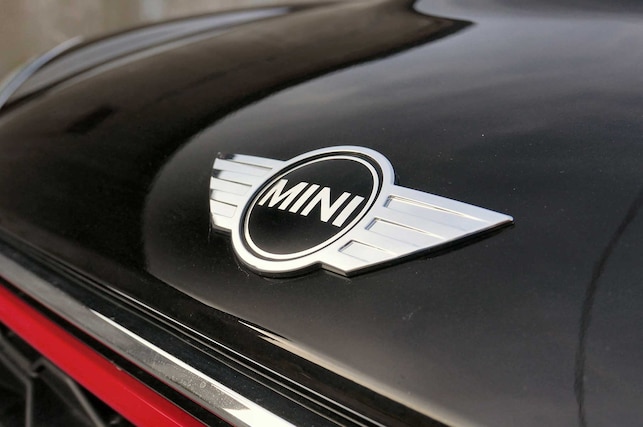 Flash-forward almost 20 years, and a new landscape greets you at your local MINI dealer. Walk through the door and you'll be greeted not just by the two-door hardtop hatch, but also a four-door variant, a long-roof wagon, and a jacked-up sport-utility "something," each of which has adapted the general MINI esthetic with varying degrees of success in a bid to widen the brand's potential buyer base. 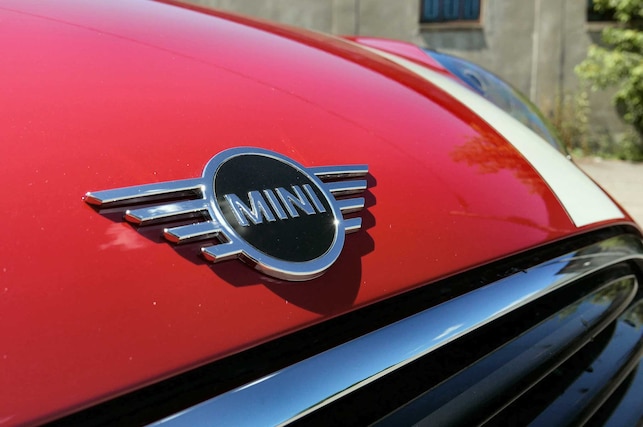 It was with this in mind that we decided to compare the smallest, and most affordable member of the Mini family against the largest, and most expensive. Is the 2018 MINI Cooper Hardtop still targeting the same drivers it was when first introduced at the beginning of the new millennium? And how different are those particular customers from the ones whose eyes are instead drawn to the ample (and pricy) proportions of the 2018 MINI John Cooper Works Countryman ALL4? 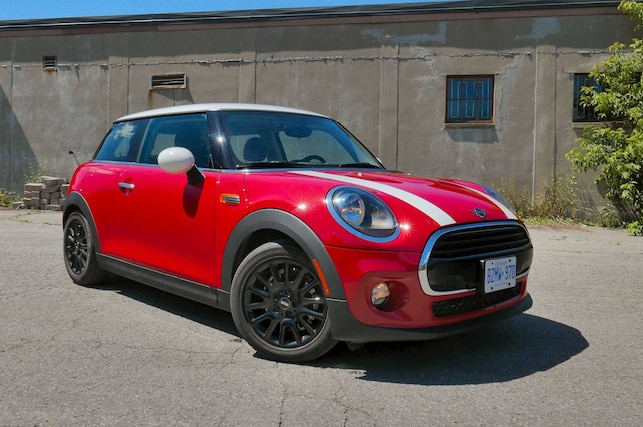 On the surface, the 2018 edition of MINI's entry-level hatch still makes much the same proposition that it did all the way back in 2000. On the outside it wears an easily recognizable interpretation of the modernized MINI look, albeit with perhaps a longer snout than the original redux. The flat top, near-square design rides on a wheelbase that's only a smidgen longer than its predecessor, too, which means this is still a small car best suited for a pair of riders in an urban setting where its easy-to-park nature will certainly be appreciated. That being said, cargo space remains useful, with 34 cubic feet available with the rear row folded (and a more miniscule 8.7 cubes otherwise). 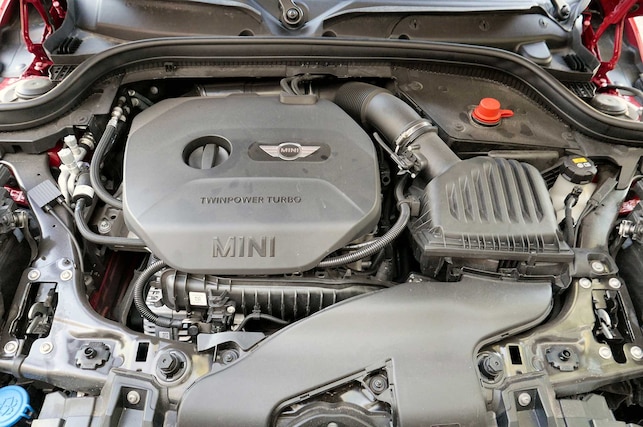 It's a similar story under the hood, where the technology has changed but the spirit remains similar—if not quite as vibrant in execution. The 2018 MINI Cooper Hardtop is motivated by a turbocharged 3-cylinder engine that trades high revs for low-rpm torque to the point where I rarely had the car out of second gear around town—and frequently found myself uncertain as to the necessity of snagging sixth from the manual box during highway cruising (a six-speed automatic is also available with the car). 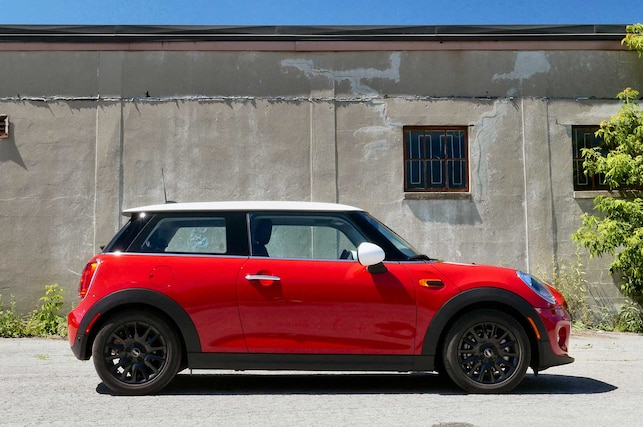 It's not exactly a "fun" drivetrain, but it's one that gets an impressive 28-mpg city and 38-mpg highway from its 1.5 liters—and if you're looking for thrills, the Cooper S beckons with its larger displacement mill. Still, the Cooper Hardtop's chassis is engaging enough to flog from time to time on two-lane untouched by the rush hour crawl. 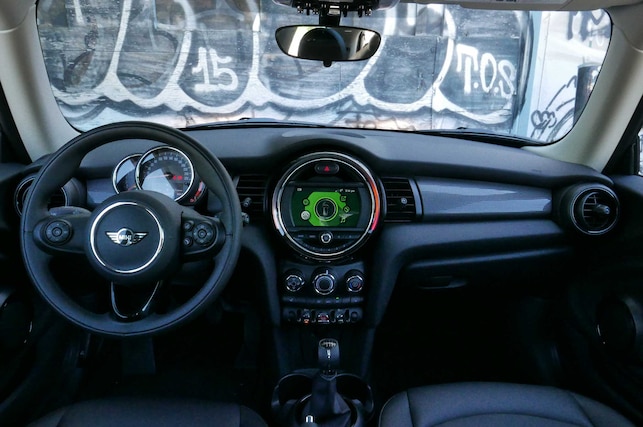 Standard gear with the two-door Hardtop includes a 6.5-inch infotainment system, a rearview camera, parking sensors, and automatic climate control, all of which were featured on my base model tester. You can upgrade to a louder stereo, a larger screen, navigation, a heads-up display, and adaptive cruise control, but it's hard to make a case for why you'd want to do so—with a starting price of just under $22k, equipment hounds are better served by the scads of cheaper hatchbacks available from the likes of Hyundai, Kia, and Honda. 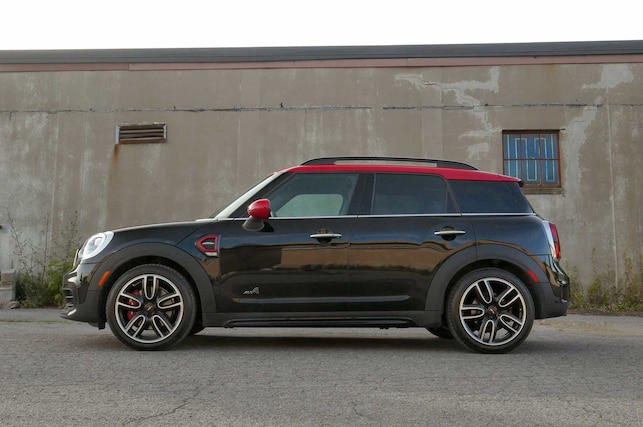 The 2018 MINI John Cooper Works Countryman ALL4 doesn't just have the longest name of all its MINI-badged siblings, it's also the polar opposite of the two-door Hardtop in almost every category. With styling that puffs out the Cooper's dimensions like a flared-fender marshmallow, the Countryman is seemingly aimed at buyers who want to park an SUV-like hauler at home without leaving the MINI nest. 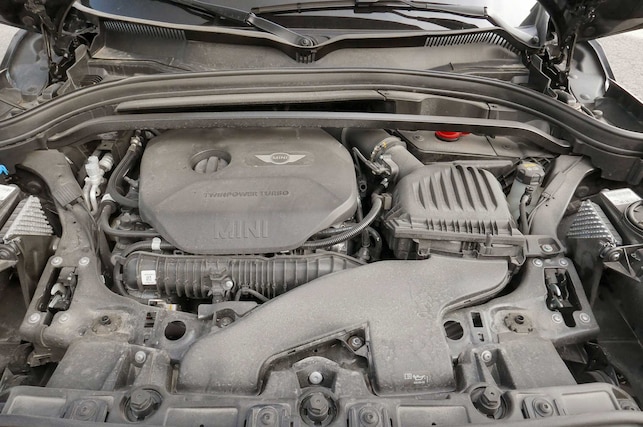 Just how much extra practicality do you get from those four doors and that extra-wide track? Roughly the same as what you'd find in a Volkswagen Golf, what with 48 cubes of total cargo available, along with a livable rear seat. The Golf doesn't deliver the Countryman's standard all-wheel drive, nor does it come with the JCW's 228 horsepower, 2.0-liter turbocharged four (which also provides 258 lb-ft of torque). Unless, of course, you're talking about the GTI edition of the Golf, in which case it matches the MINI's mechanicals everywhere save for the additional traction of a powered rear axle (and the adaptive suspension system). 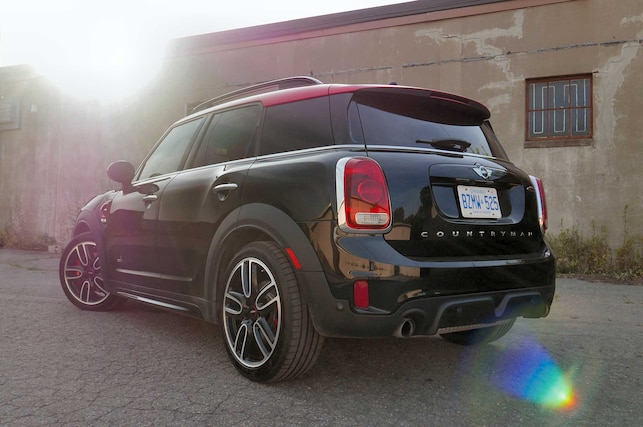 Despite not feeling as nimble as its erstwhile VW competitor, (a factor related to being 500 lbs heavier), not as quick in a straight line (although its 6.5 second sprint to 60-mph is far from slow), the JCW Countryman ALL4 surprised me by just how competent it was as an all-around driver. While not particularly sporty—again, all that weight mostly negates fun things like a louder exhaust and stiffer suspension—it was easy to understand why someone would choose the hotted-up, Brembo-equipped version of the Countryman as their daily, particularly if snowy conditions were a seasonal reality. Just not with the staid eight-speed automatic hooked up to the example I drove, as it lacked the immediacy of the available six-speed with clutch setup. 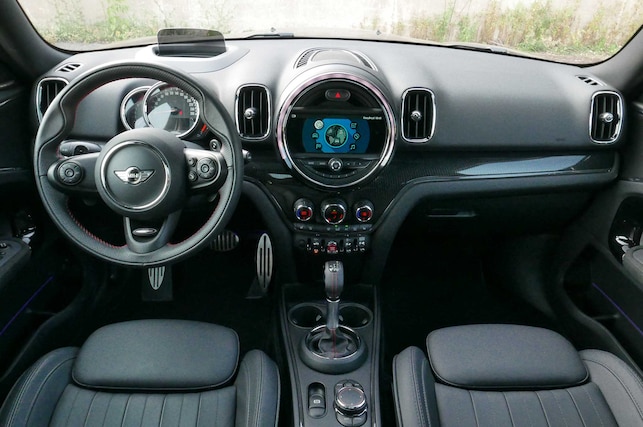 One thing that the big-boned Countryman does share with the sprightly Cooper is a higher-than-expected price tag. You'll fork over $37,800 for the base JCW, which is just a thousand or so less than the much mightier all-wheel drive Golf R—a more refined, and much quicker alternative. Piling on options like the seemingly endless accessories and customizations available with any MINI (or adding in similar infotainment upgrades as are offered in the Cooper) can rapidly push the JCW's price tag past the $40k mark.

KEEPING IT IN THE FAMILY

It's clear that neither the MINI Cooper Hardtop nor the MINI John Cooper Works Countryman ALL4 are aimed at stealing buyers away from other brands. Based on their market position and pricing, it's hard to make a value-based argument for either car: better options are out there, and typically for equal, or even less money. 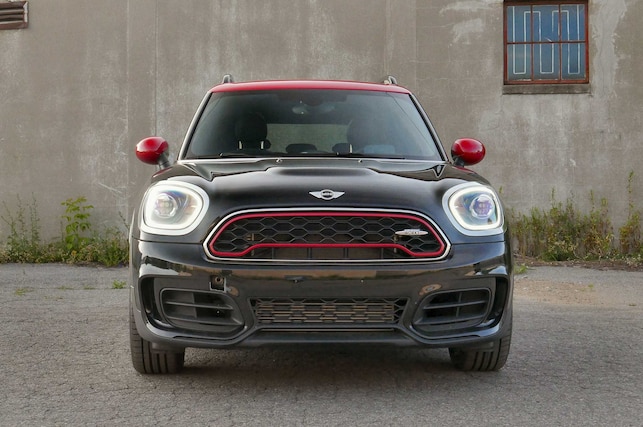 One things for certain, however: MINI practically owns the sort-of-luxury subcompact space, as nothing else approaches the Cooper's mix of size, style, and substance. Customers who dare to be different, want a small car, and who don't mind spending extra cash in the process are the lifeblood of the brand, and the force that keeps the Cooper in the black after nearly two decades on the road. 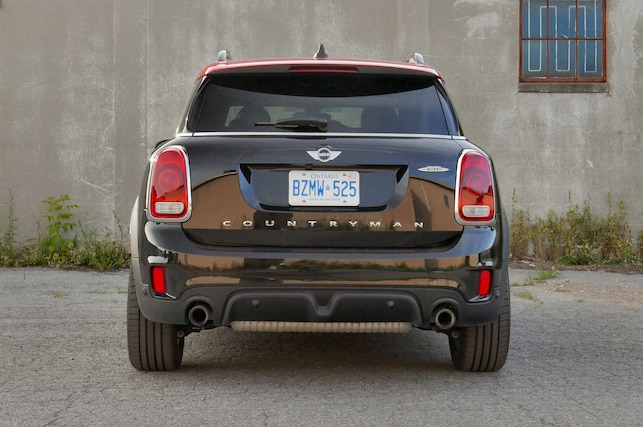 The JCW Countryman ALL4 is certainly facing stronger competition from other crossover and hatchbacks, particularly if performance is paramount. Still, the same argument holds true. The heftiest MINI isn't all that interested in prying a rival's keys out of a potential owner's hands, but rather looks to provide an in-house option for families that may have outgrown their original Cooper and are searching for something they perceive to be more comfortable, more useful, and potentially quicker. The customer for the Cooper and the Customer for the JCW Countryman are, for all intents and purposes, one and the same—the latter is just a few years further down the road of life. 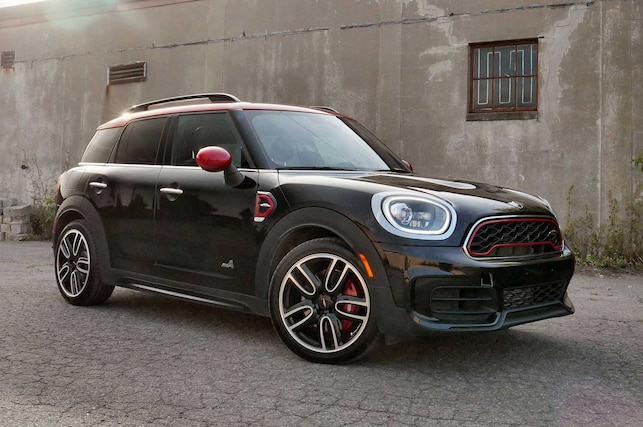 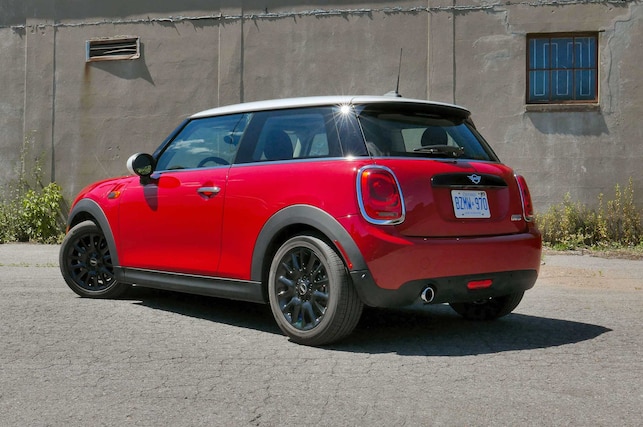