When Paul Torony found the right donor car for a ten-second drivetrain, he had no idea it would change the shape of the entire build 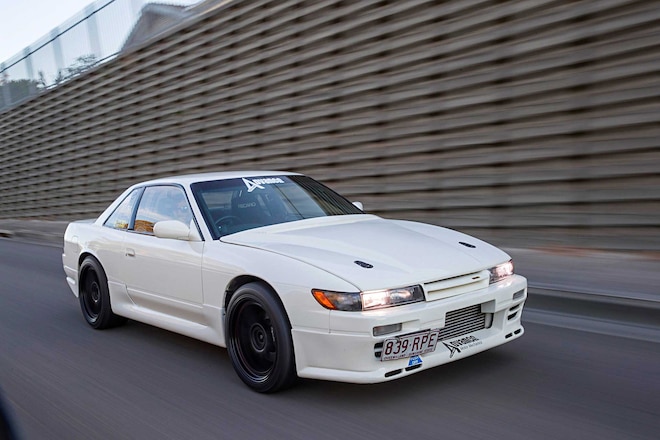 Life hasn't always been kind to Nissan's S-Chassis. Sure, their mix of affordability and easy power gains have made them an icon for tuners the world over, but it's brought with it a dark side. Brushes with concrete walls, over-boosted engines, and a strong market for donor parts rubbing a little of that tuneability off and onto other cars. It's something this Silvia came very close to, briefly, before it became the 1,100hp, four-wheel drive record-setter you're looking at now. 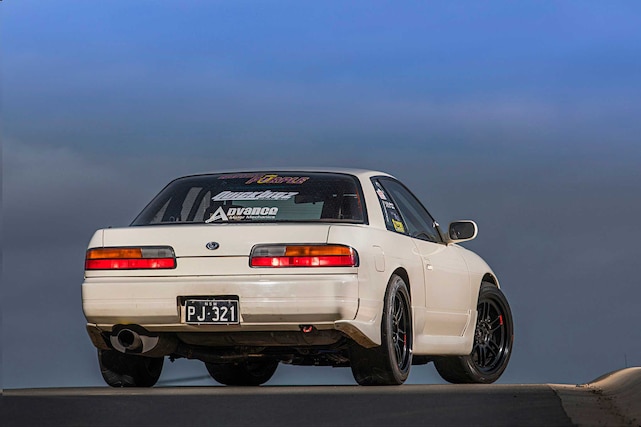 "I didn't buy it because I was a Silvia nut," explains Paul Torony over the howling and banging of the Cootamundra airfield quarter mile strip not far behind us. "It was meant to be a donor car for my Datsun P510—something to run 10s on radial tires. But the goalposts have moved several times since."

No kidding. A rolling demo for Paul's shop—PJ's Quick Bits, in Sydney - the Silvia didn't just avoid being stripped for parts. This is the world's fastest SR20-powered S-chassis with a blistering 8.54 seconds at 164mph, with a stick shift and two-wheel drive, if you're wondering. A two-time Motive DVD Drag Battle winner capable of 10-second sprints on Cootamundra's untreated asphalt—the closest you'll find to on-road conditions—now chasing big-power GT-Rs with the help of two more driven wheels. 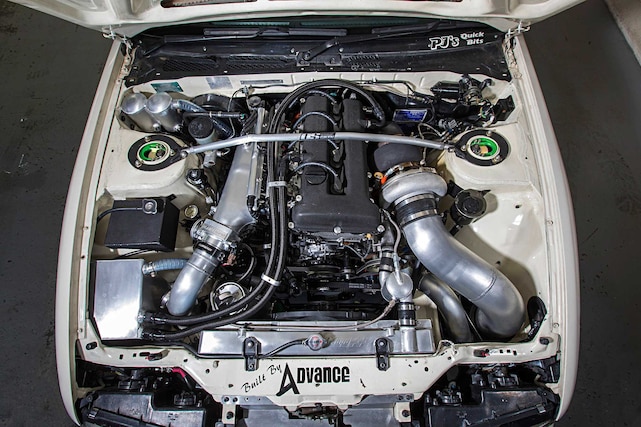 It's been a long process: "Back in 2000, I did a backyard SR swap into my Datsun P510 sedan," he tells me. "After the abuse it took from me street racing, I was an SR20 convert, so when I bought a much neater, ex-show car, P510, I wanted the same setup. I found a junky black drag Silvia on a Japanese auction site, with a distinctive T88 setup and OS Giken gearset, but I didn't have the funds. 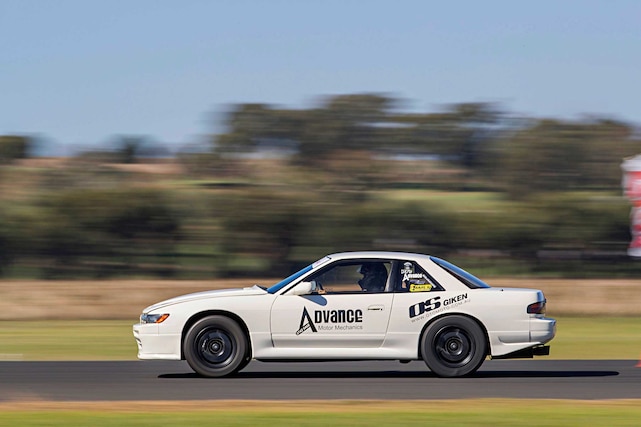 "Then, a year later, I saw an ad for what I thought was the same car—the spec had been copied from the auction site—but I was shocked when I saw the pictures and the car was white. The setup had been transferred into another shell. This time, I had the funds."

The Silvia's drag career in Japan meant it had landed in Australia with the right hardware in place to make 520whp, put down via a Z31 300ZX transmission and Techtom launch controller. The seller had gone through the effort of importing it, and swapped all of the good parts into a much cleaner Ivory White shell. Something ready to run 10s right off the shelf. Paul drafted in a friend—rotary drag guru Frank "Mr Heli" Cannistra—stuffed $26,000 into a money belt, and flew to Queensland to avoid missing out again. 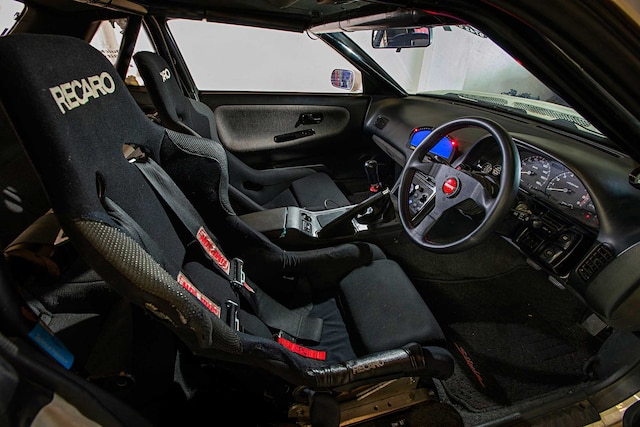 "It had BP100 race fuel in the tank, so we took turns thrashing it until that ran out then filled with 98-octane and turned the boost down for the 12-hour drive home," laughs Paul. "By the time we got home, I had fallen in love with it. There was no way I could pull that good a car apart, and it coped far better with the power than a P510 would. So I parted out my Datsun when I got back to Sydney... and here I am." 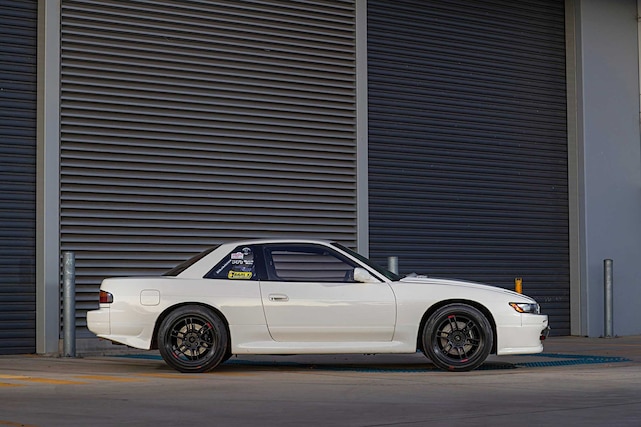 Not without a few challenges along the way, of course. The Silvia had been generally well built, but the 6,000 to 8,000rpm power band and triple-plate clutch meant it was prone to bogging down and difficult to drive, putting in a lackluster 14.0-second pass at 124mph on Paul's first run. Shorter gears and a twin-plate clutch brought that down to the mid 10s, but also showed some holes in the spec. What had been sold as a Tomei stroker engine turned out to have stock rods and a stock crank, and it failed completely the following year. This was an opportunity to start from scratch.

"I wanted more response,and was planning to get involved in circuit events, so the new SR20DET was loaded up with everything from the best Japanese brands and an HKS GT3037S turbo," he explains. "It made a lot less power—390whp at 10PSI less than the old engine - but had a huge power band. It ran an 11.0 at 131mph on 225 tyres, and that got me addicted to the strip again. So we stopped chasing response, and pushed for more power." 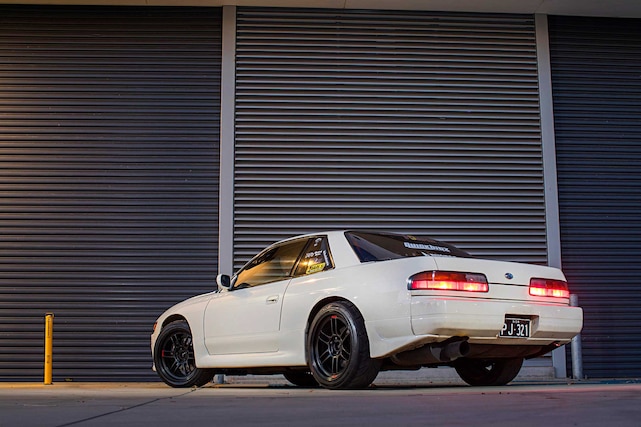 A bigger housing for the GT3037S brought times back into the tens, and a Garrett T04Z borrowed from Kyle at 6Boost offered 36PSI and its best pass yet; 9.6 seconds at 144mph. Fast enough to break the Australian record for a four-pot on radial tires. But the goalposts had moved once again. 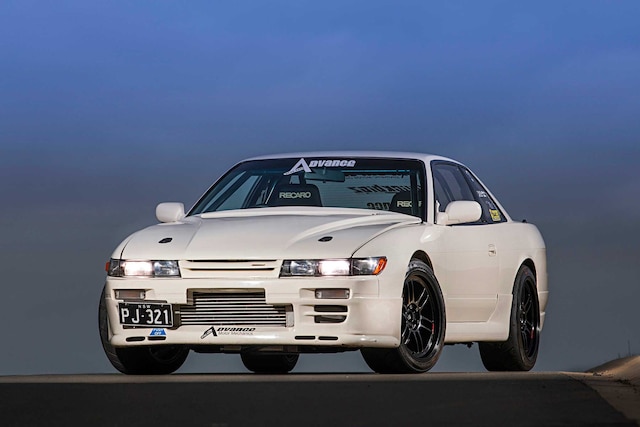 Paul lifts the hood over a familiar SR20 cam cover, now wedged in between the huge Precision 7675 Gen 2 turbo and boost pipework taking up pretty much all available space. Built by Advance Motor Mechanics in Sydney, it's a stroked 2.2L with a billet block and the later variable valve timing head, its thirst for fuel met by 12 injectors and Haltech management. It's all you need to make 1,100whp at 54PSI, says Paul, though also enough to make the Silvia dive for the barriers at 150mph. To keep it usable, it's running around 42PSI, pushing 950whp at a mind-bending 10,500rpm.

Which gives you some idea how hard it is to set good times at Coota: "It took six years to run a 10.90 here," says Paul. "We had 11.0 for years, then in 2010 we won outright, and in 2012 we won the rear drive class. But the bigger we went with the setup from that point, the slower the car became - we had all the power, but couldn't use it until the end of the track. So after a couple of mediocre results we've come back with a front diff." 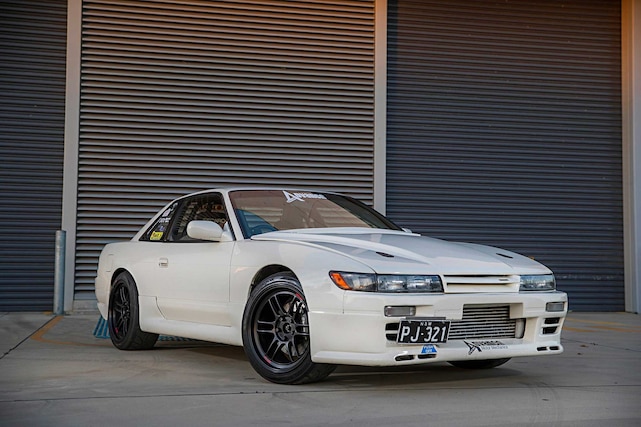 AWD was uncharted territory and the process of spending weekends in wrecking yards finding parts took place to bring an untested idea to life. There's a whole lot of GT-R underneath, including the OS Giken six-speed sequential transmission, front subframe, shafts and hubs, as well as the rear differential that came with the car in 2006. It's a complicated way to get GT-R traction without Godzilla's 150-200kg weight disadvantage. And it's made that excessive power figure a lot more useful, both on road and track. 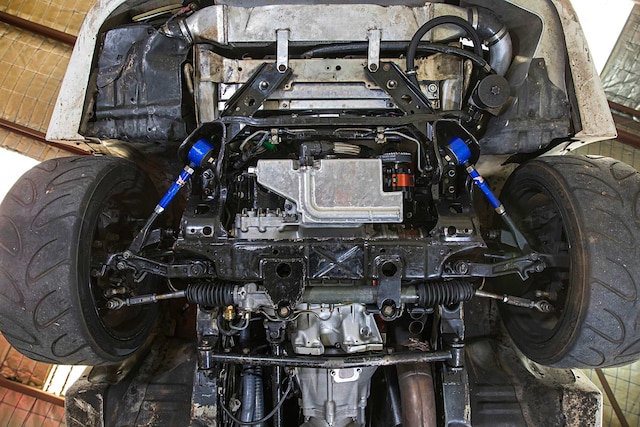 "The best thing about this car is it can be used for everything; it runs eights on the strip, hooks on the street, I can take it to a circuit track day and hang with fast cars, I can drive it anywhere," he says. "It's been ongoing for nearly 12 years, I could have bought a house with the amount it's cost changing things and starting again during that time. I've had 12 turbos on this car since we started - not from blowing them up, just from our own R&D."

It sounds like there might be a few more turbo swaps in the pipeline before he's finished, too. There's a water-meth kit and dry 120hp dry-shot nitrous kit due to get plumbed in over the next few months, but after nearly 20 years it seems Paul's found the limits of the SR20. With a VR38 in the workshop and plans to hit 1,800bhp, life looks set to treat this S-chassis better than most. 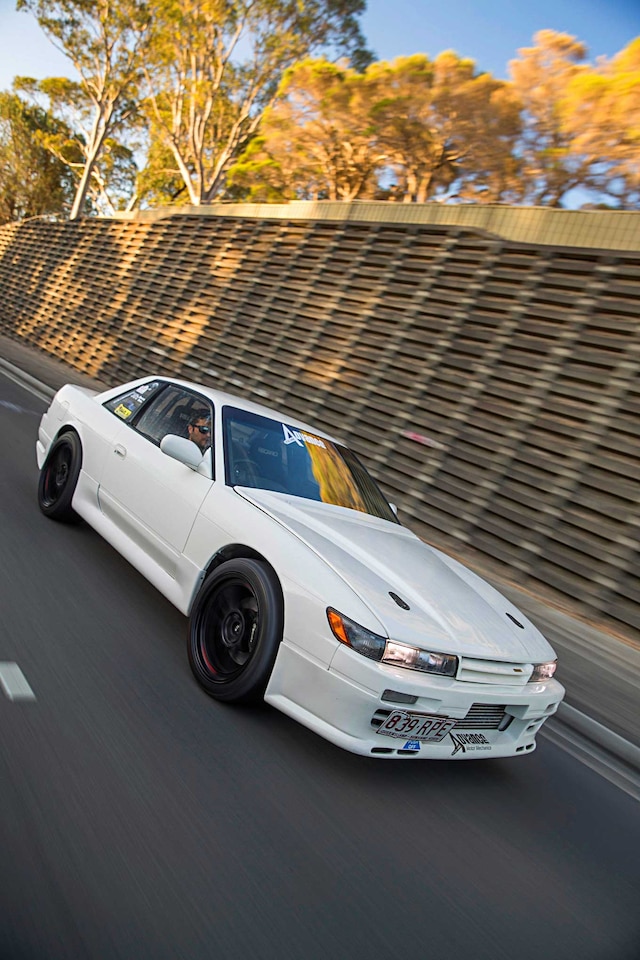