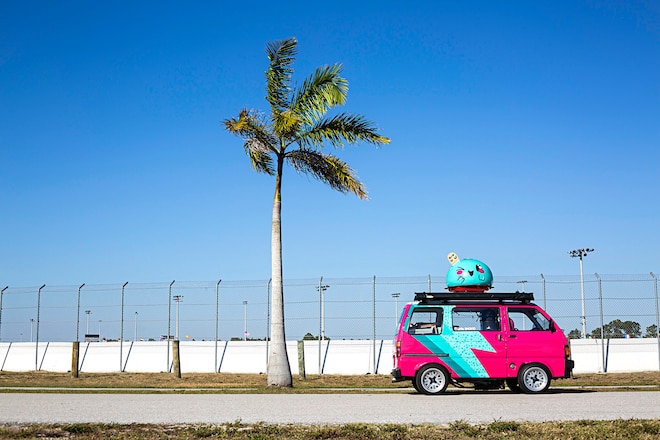 There’s a lot more going on below that winking snow cone than you might expect. John Salazar got plenty of weird looks when he first started talking about a business selling snow cones out of a micro van, but he stuck with it and hasn’t looked back since.

“We [enthusiasts] spend a lot of time at car shows. I noticed there was never anyone selling something cold,” he explained. South Florida has more than a little heat, so he figured he had a pretty good business idea. That was the easy part. Finding the right platform for a dope shaved ice truck was the hard part.

He picked up Volkswagen Vanagon first, but it just didn’t work out. He was forced to sell it, which disappointed his son. Building a snow cone truck wasn’t about making some extra cash but also a way for John and his son to spend more time together. But they both didn’t give up hope, and John eventually found a rare imported Daihatsu Hijet from Japan. He knew he could make it work, and his son absolutely loved the tiny van. After convincing his wife (which didn’t take much) the microvan had a new home, and the next step was converting it into licensed food truck according to Florida state law. 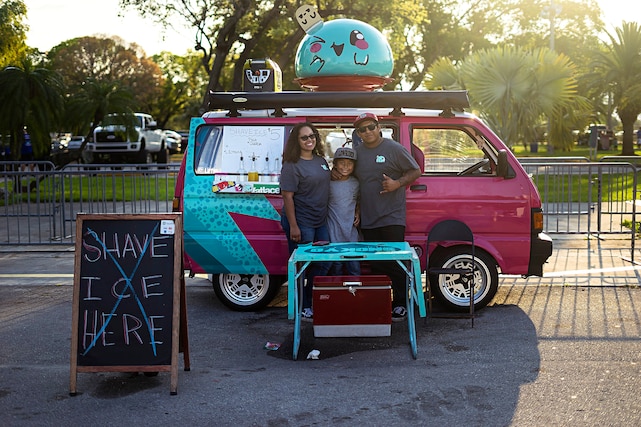 Slide the side door back and you’ll find a pair of hand-wash sinks (with running hot water!), two shaved ice machines, a generator, 220 pounds of ice, two coolers, table, chalkboard, and 15 gallons of syrup, not to mention all the random other things needed to run a business. The most impressive part is that John still has room for his wife and two boys to ride with him to every car show. “My son is working on his math by handling the money when we’re selling snow cones,” John smiled.

Not just about making shaved ice and slanging snow cones, John has a passion and a history of working on custom cars, so he couldn’t stop with the project there. The Hijet is powered by a flat-six from a Honda Gold Wing motorcycle routed through the bike’s transmission to a Ford 8.8 rear differential. The van sits on a set of 15-inch Fatlace FZER01 wheels built by AME. It’s also rocking custom fender flares, roll bar, and re-trimmed Recaro seats. 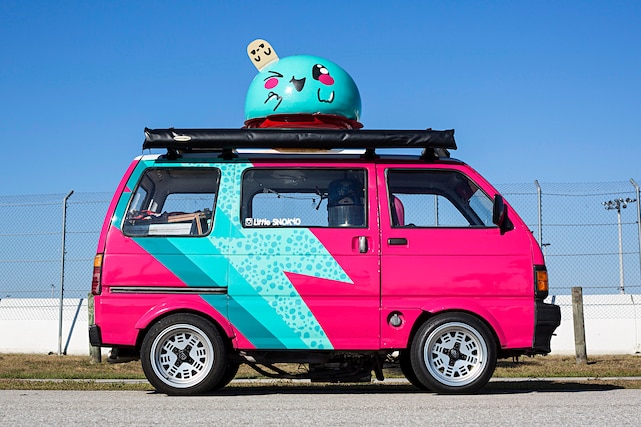 From concept to end product, the Hijet and business is a family endeavor. Everything you see from the curb is the handiwork of John and his father Luis, even the custom airbrush work and admittedly the world’s cutest topper and mascot: Snokyo. The inspiration for the name came to John after hearing locals in Tokyo call the city “Snokyo” when it snowed while he lived there on deployment with the U.S. Navy. Adding “Little” just made sense for a microvan like the Hijet. That, and it’s a perfect fit for a small, family-run, shaved-ice business.