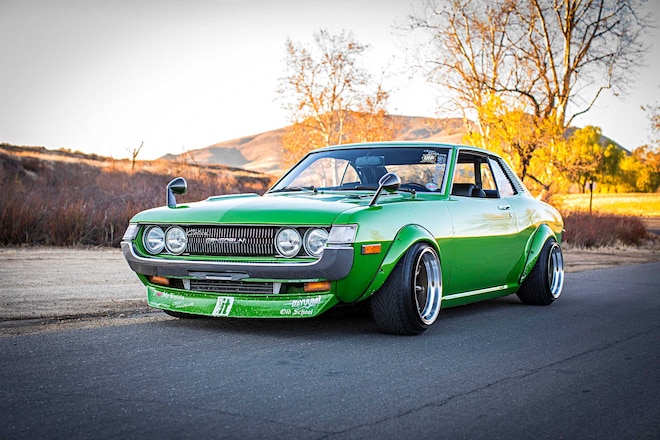 Appreciating '70s-era gems can be a challenging thought to most of our younger readers, aka you. That era had the original Star Wars: A New Hope film and disco; we have the billion-dollar The Last Jedi entity and mumble rap. Huge differences in cinematic and musical styles. If you lean more toward the latter two, then the '71 Toyota Celica you see here may not get you excited like a Liberty Walk-kitted Lexus would—after all, the chassis is older than some of our current staffers, and we think they're too old. But give us a few minutes to convince you otherwise; this classic gem has the stuff to make anyone a believer. 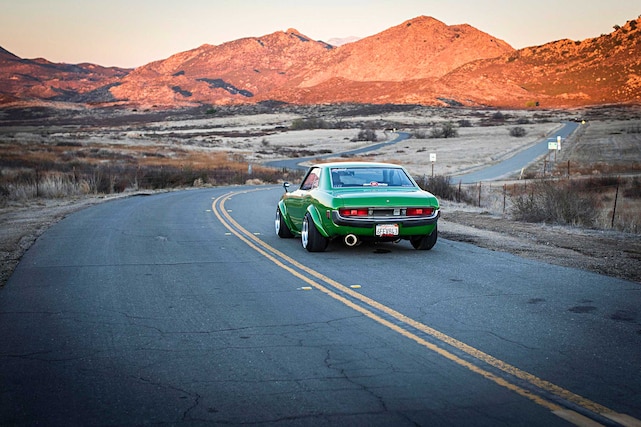 Stare into a sea of older 'Yotas at a gig like Japanese Classic Car Show (JCCS) and you'll notice that Jorge Aguilera's Celica immediately stands out because of its custom green paint, whereas most others still rock their original color. Listen carefully and the sound of the engine setup will have you smiling: a DOHC 18R-G, something that's considered the stuff of legends within the Toyota community, and is a vast improvement over the car's original single-cam motor. Factor in the custom turbo kit with a large T3/T4 slug and a loud 2.5-inch exhaust, and suddenly this is more than just old-school cool. It's old-school cool with plenty of power.

No matter which way you look at this generation Celica, it's hard to ignore its small size. But add some aero, give it a nice drop in ride height, and it takes on an entirely different personality. The bolt-on fender flares provide curves while a front lip and JDM fender mirrors set it off without going overboard. Jorge used Megan Racing coilovers to bring those fenders within a paper sheet's thickness to the stretched combo of 15-inch Atara wheels with Federal tires. 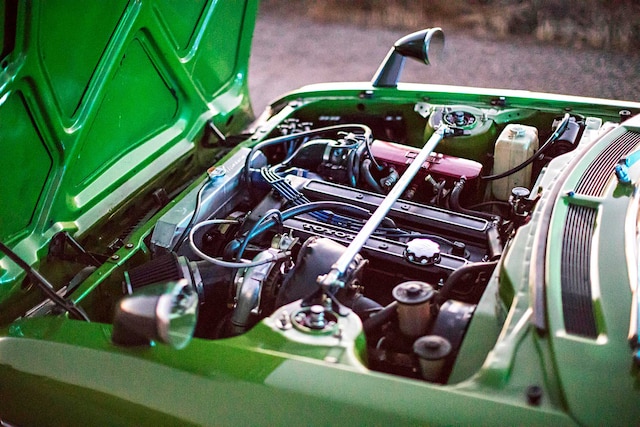 The interior of Jorge's Celica, much like the rest of this build, is a space centered around simplicity. Not because he didn't want to—more because it's not a necessity. The classic shapes of the dashboard, gauges, and center console are accentuated with minor refinements, which include an aftermarket steering wheel, carbon gauge trim, and slightly more modern seats from an '85 Supra. An Alpine head unit has been mounted just below the glove box, and a set of blue LED lights placed along the B-pillar provides a colorful glow for evening driving.

Jorge says he loves the sleek retro look the Celica's body lines provide but says it's almost time to upgrade its performance: "I'll be adding a 2RZ motor with a Turbonetics turbo." We can't wait to hear what that'll sound like. 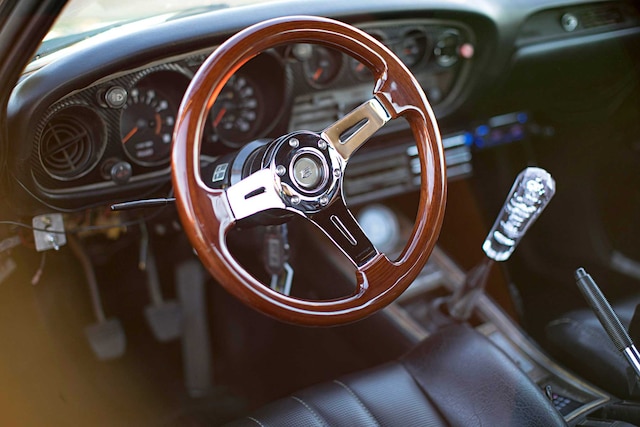 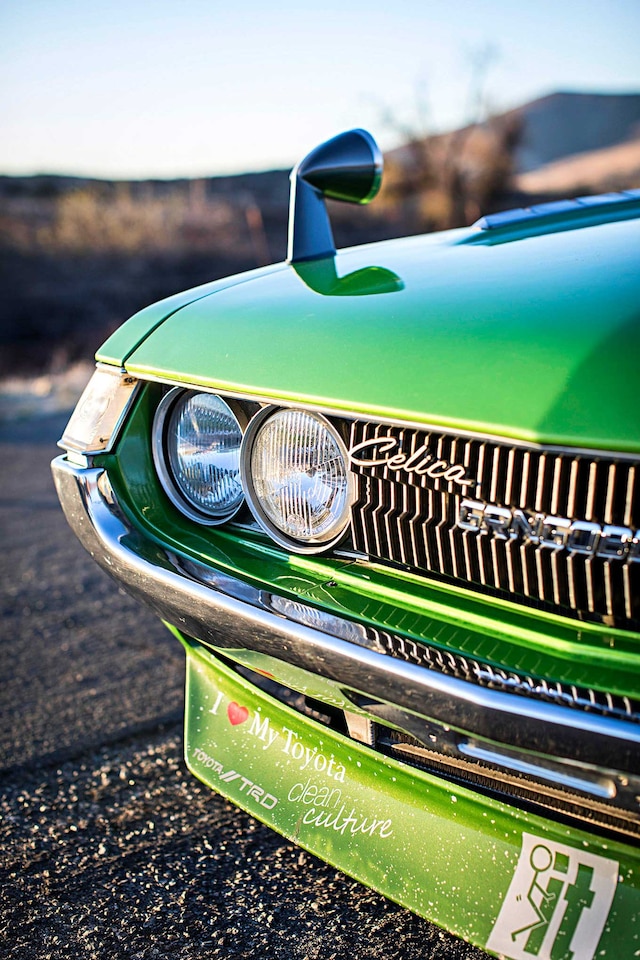 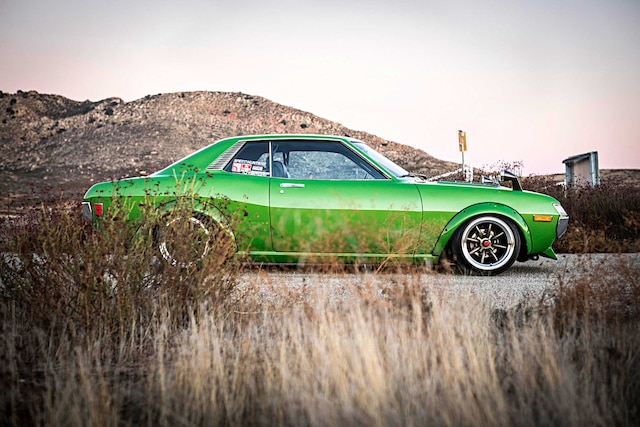