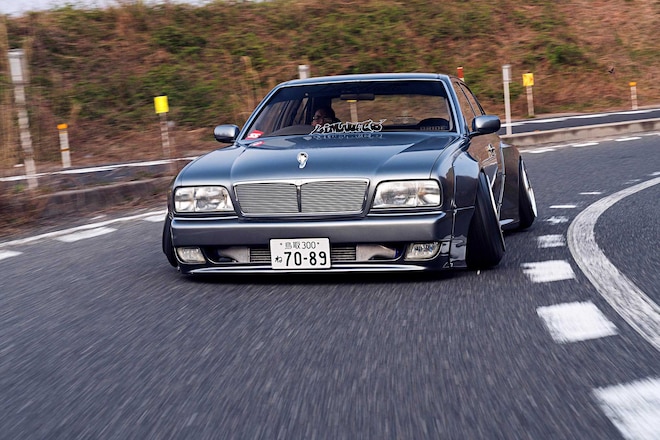 VIP is one of the most identifiable styles of tuning in Japan. Primarily associated with big body, four-door sedans, there are two traits that most VIP cars share: road-scraping ride height and fitting the widest wheels possible, even if it requires running an absurd amount of negative camber and stretching a set of undersized tires past its limits. Those two traits have found their way into other styles and tend to be very polarizing—some love it and many hate it with a passion; however, there's one build in Japan we discovered earlier this year that breaks the mold: Kaoru Imanishi's Y32 Nissan Cima. 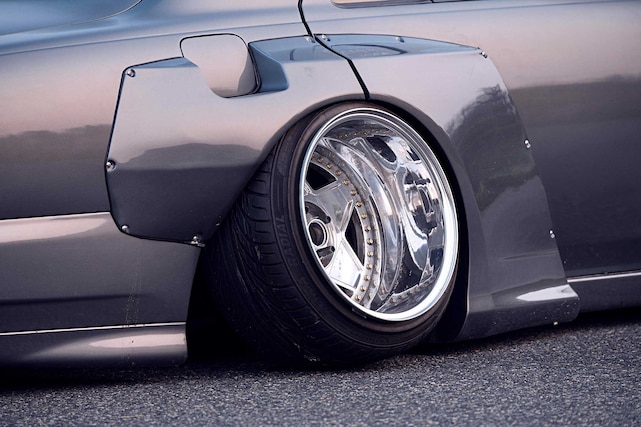 At the StanceNation Japan G Edition show in Odaiba, Tokyo, the 27-year-old's dark metallic gray sedan stood out from the crowd with its enormous over-fenders that neatly hugged some of the deepest dished wheels we've ever seen. If the fenders look familiar, it's because they're plucked from Kei Miura's Pandem line, originally intended for the E36 BMW 3-Series, but somehow Kaoru massaged them to fit his Y32. More impressive was the way the rear fenders were cut to follow the rear door line, which still allows them to be opened. Miura-san was attending StanceNation and we asked him what he thought of Kaoru's unique conversion; he responded with an emphatic, "Nice!"

Kaoru is a self-proclaimed sneaker head with an infatuation for Nikes, so it's no surprise that his sedan would have fresh kicks as well. A set of rare and ultra-wide Work Autostrada Modena wheels sized at a staggering 17x11.5-inch, -45 fronts and 17x12.5-inch, -105 rears has to give Kaoru the title of "Dish King." To even see the Autostrada Modena's classic wide five-spoke designed face, you have to almost look at the Cima directly from its side profile—they're that deep! 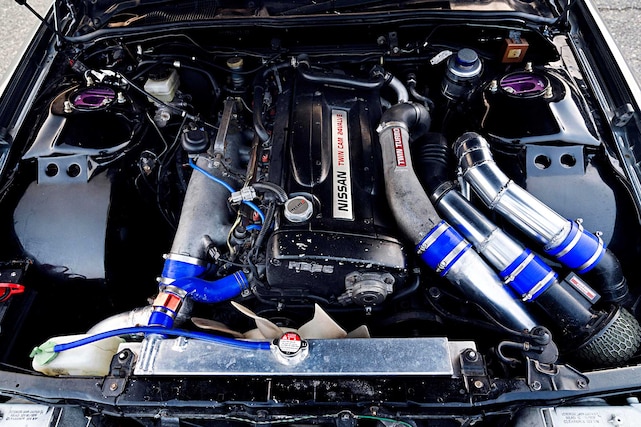 Standing still or in motion, the Cima grabs your attention even more thanks to the help of 326 coilovers. Believe it or not, the car is static and sits this low on the regular, even when being driven hard.

When asked about what kinds of reactions his car receives, Kaoru admits they're a bit mixed. Most guys just make their judgment from what they see on the exterior, but just like the saying, "Don't judge a book by its cover," there's a lot more to this Cima's story than its VIP looks. Opening the hood reveals an unexpected surprise with the original 270hp VH41DE V-8 engine with automatic transmission ditched; in its place are an RB26DETT and five-speed manual from an R33 Skyline GT-R. 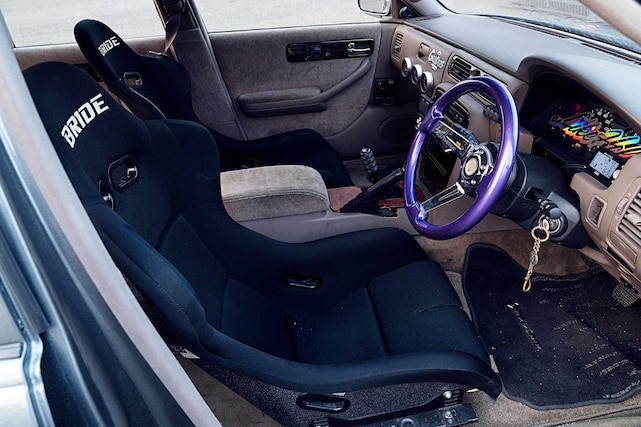 A curvy, cambered, and slammed VIP Cima with Godzilla's heart? According to Kaoru, the whole purpose was to build a cool drift car and attend this year's Drift Dressup event. We asked if he was going to drift and he responded that his current setup is a bit too precious to throw on the track. His bank account is already deep in the hole, and the car still needs some repairs as a result of a previous drifting session. Kaoru wants to enjoy it a bit more before risking it all, running through clouds of smoke in competitive tandem battles. Fair enough for now, but we give him props for getting this far with an RB-swapped, widebody sedan no one ever saw coming. 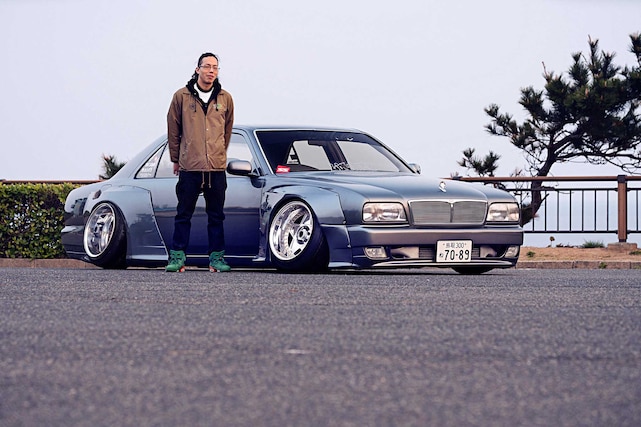 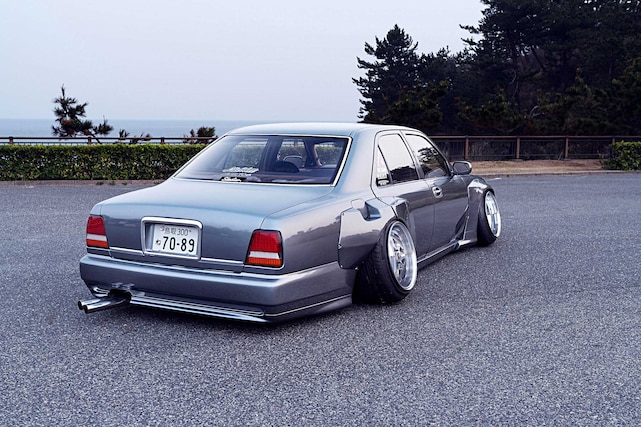