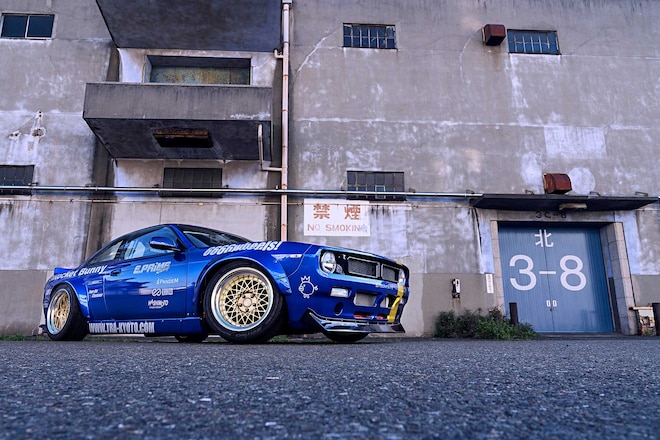 Five years ago, the tuning scene in Japan started to transform as two events emerged. Wekfest held its inaugural car show outside of the U.S. at Nagoya's Port Messe Convention Center, while Drift Dressup held its first drift and car show event at Bihoku Highland Circuit. Coincidentally, both events fall during Japan's long holiday known as Golden Week, with Wekfest held on Thursday and Drift Dressup taking place afterward on Sunday. What's this mean? A lot of cars showing at Wekfest can then be seen thrashing around the circuit just a few days later—an incredible sight considering many car show guys in the States rarely see the track or anything past 6,000 rpm... 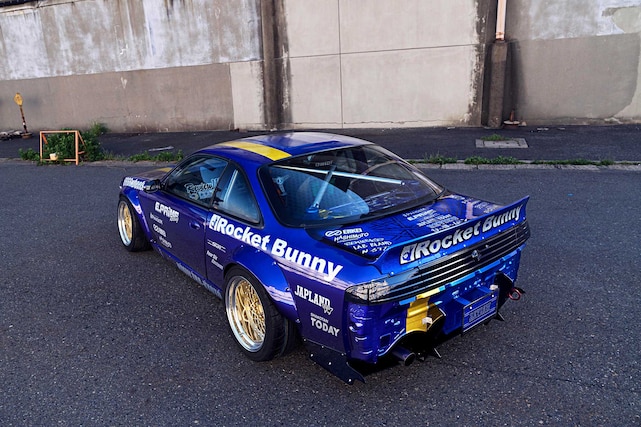 This year, one of the last builds to roll into Wekfest Japan was Tomonori Idekawa's Rocket Bunny Boss Nissan Silvia. Having just finished the car the night before, he had made the six-hour drive from Hiroshima along with his friend Eiji Daito just in time to get a spot in the show. Initially, we were impressed by the overall presentation, which was immaculate, thanks to the full retro-themed Boss conversion along with Enkei 6666 mesh wheels. However, only when you get within inches of the car do you begin to fully appreciate all its little details.

The paint was applied by Tomonori himself. He paints cars in his spare time and has provided paint jobs for several cars that have been featured in Super Street before, such as Eiji's AE86 Levin (featured in '17) and Shuichi Nakagawa's Bad Quality 180SX (featured in '14). The two-tone finish of Tomonori's S14 is divided by a gold strip separating the blue side from the purple side of the car, which is also continued through the interior. The only variation of the color scheme is in the engine bay, which was painted bright red to contrast the blue of the engine cover and intercooler piping. 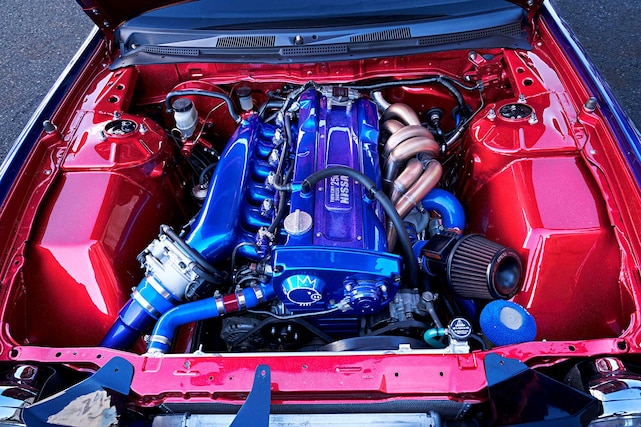 The exterior is also decorated in plenty of brand logos; however, they aren't decals in case you're wondering. Tomonori went all in to show off his skills by carefully painting all of the logos on the body. The car's finish definitely attracts a lot of attention, as many people don't believe it until they see it in person.

Returning to the engine bay, one might expect to see an SR20DET, but that wouldn't be enough to match the extravagant exterior. With the help of friend Eiji, Tomonori threw out the original four-banger for something with a li'l more oomph—an RB25DET. Fitted with an HKS GT-RS turbine and Tomei cam, the engine puts out a conservative 370 hp. 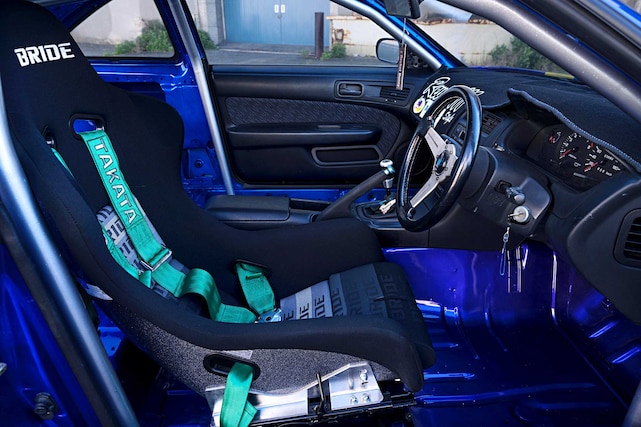 With a bangin' body and stout engine setup to match, there was still one more surprise in store...Tomonori's car was built not to win any awards but to kill tires. He's a member of Hiroshima's drift team Review, which is known for its flashy cars and drifting prowess. Most of their cars have plenty of window stickers, but Tomonori opted not to include any during Wekfest in order to focus attention to the paint job, understandable considering it took three months to complete. With Wekfest Japan in the bag, the only thing left to do was take it out for a spin; the next event was Drift Dressup.

Two days after returning to Hiroshima, Tomonori made the seven-hour trek to Motorland Mikawa and prepared to unleash his beauty for the first time on the track. He's an experienced drifter and the morning was going well so his comfort level increased, but then suddenly, the rear uncontrollably lost grip. The back of the car caught the barrier, which led to a spin face-first into the wall. As devastating as it looked, Tomonori walked away uninjured, but his car was finished. 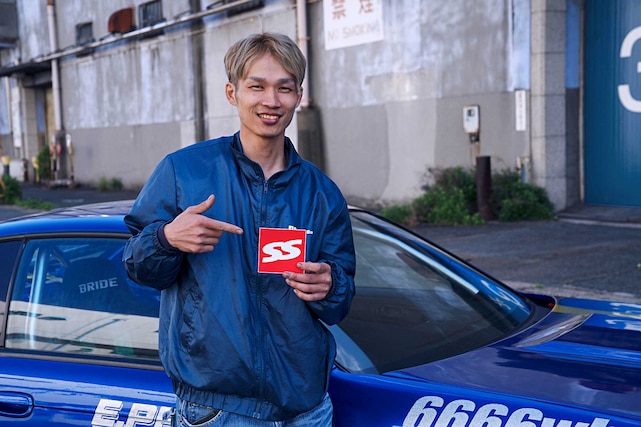 As you can guess, we finished our photo shoot of Tomonori in between the short span of time the car was on display at Wekfest and damaged at Drift Dressup. Most drifters in Japan understand the risks, but it was a bit surprising to witness how calm Tomonori was about everything. Although the car lasted a mere four days, he thought it was all worth it. He plans to tube frame the front, repair the shattered Rocket Bunny Boss kit, and replace the broken parts and wheels by next year's Golden Week. If you ask us, that's boss. 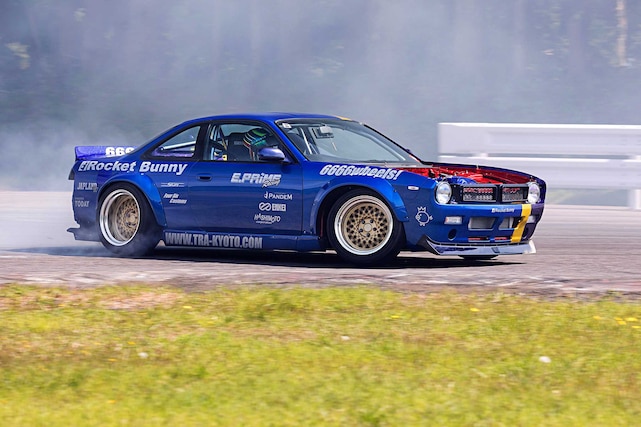